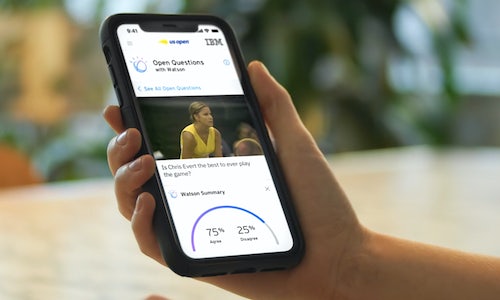 On June 17th the USTA announced the 2020 US Open would be a spectator-less tournament, giving our collective team 12 weeks to re-imagine the Grand Slam in a virtual format – that would give fans at home an immersive, interactive digital experience, as well as the sights, sounds and rivalries that typically unfold across the millions of spectators on site and watching from home.

The campaign objectives were ambitious but straightforward - invent, build and unveil a digital offering that would capture influencer and fan attention and leverage the unique abilities of artificial intelligence (AI) and Natural Language Processing (NLP) to connect millions of fans globally in a manner that would stoke rivalries, iconic debates and real-time fact-based insights delivered ahead of any given match.

The strategy and execution involved both Invent and Unveil tracks:

Invent:  IBM, in partnership with the USTA, designed, developed and launched the first-ever U.S. Open virtual fan experience,  available online and over mobile devices, which included:

To amplify our reach with fans, globally, we entered into a social media partnership with former US Open Champions Chris Evert and Andy Roddick.  We developed 11 pieces of original content that ran across USTA, IBM and influencer channels. The content was amplified using a mix of paid promotion and organic orchestration.

Our Virtual Suite was designed to ensure a sense of connection to the tools and tournament and create a sense of excitement and fan engagement on social.  The suite was a pioneering  multi-media format and engaged 475 clients and IBMers, from around the world, with tennis legends, Billie Jean King, Jimmy Connors, Martina Hingis and Andy Roddick; as well as a behind-the-scenes digital tour featuring our Cloud, AI and Security solutions at work.

We debuted and explained the new experiences in the right mix of Earned, Owned and Social including pre-briefs with a range of global news organizations in the US, Latin America, Asia and Europe.

To effectively curate real time debates and match insights, the solution had to include first of its kind NLP and AI capabilities as well as the capability to pull insights from a massive range of data sets running workloads on multiple clouds.

Open Questions synthesizes a point of view from a wide range of data sources including - Watson Discovery, a custom News Archive Collection, US Open custom collection, Wikipedia and fan input -  and uses novel argumentative mining techniques to produce human-like narrations that adapt and evolve  to include input from fans.

Fan Engagement:  Over the 2 week tournament we reached  6.8 million online visitors and mobile app users with more than 145 million-page views

Earned Media & Social:  The activation's overall reach was over 100 million through original articles, interviews, a virtual media tour, syndications and the press release with particularly strong reach in the U.S., Japan, Latin America and China. 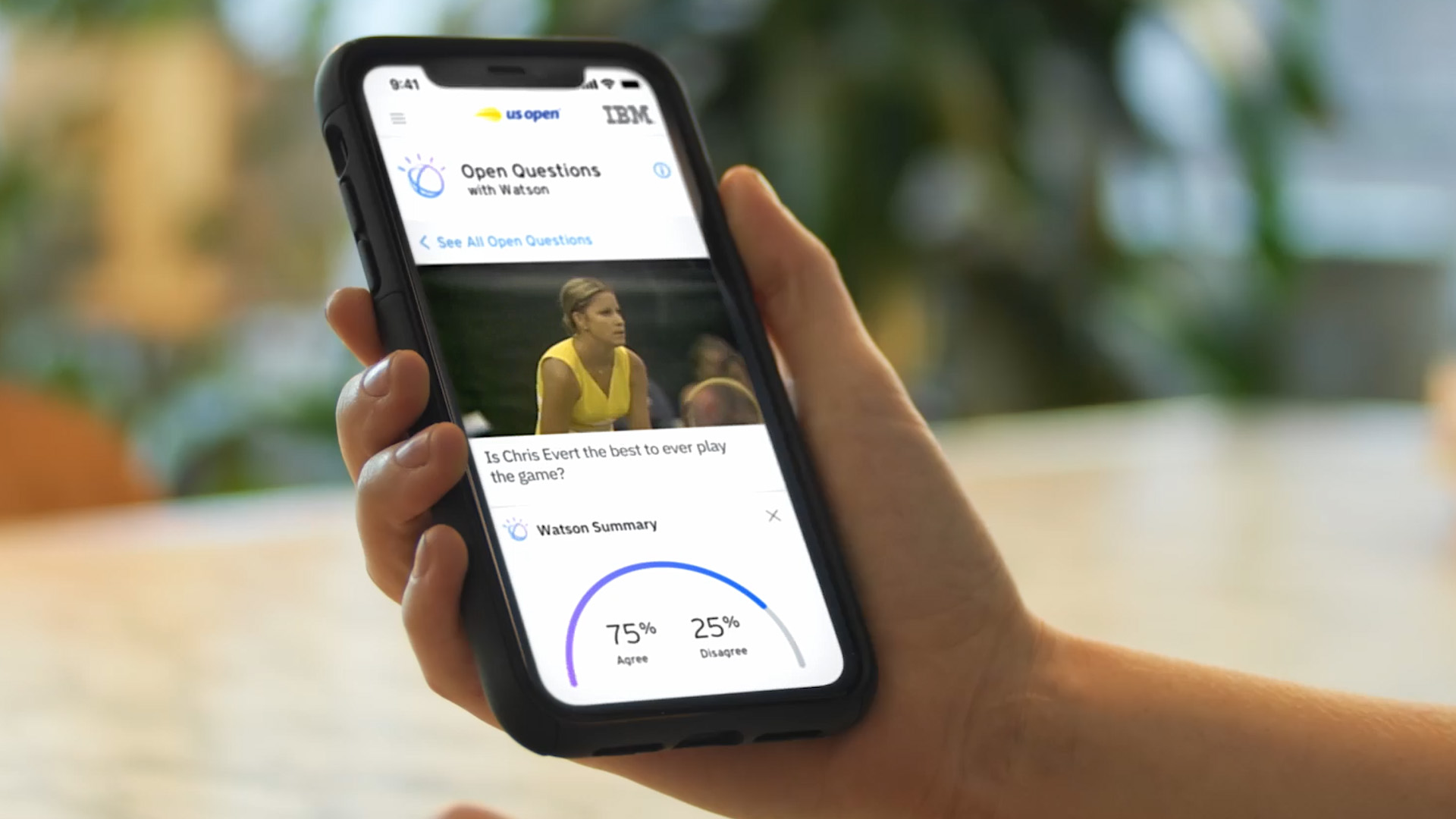