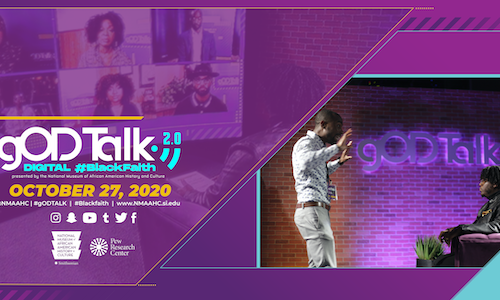 Since 2018, the Smithsonian Institution’s National Museum of African American History and Culture (NMAAHC) Center for the Study of African American Religious Life in association with the Pew Research Center has sought out to explore the dynamic ways that Black millennials are choosing to engage in organized religion through our web-based series, “gOD-Talk.” As we closed our doors in March 2020 due to COVID-19, plans to film our three in-person gOD-Talk episodes stalled. Simultaneously, as we adjusted to the restrictions on in-person gatherings, churches, mosques, temples, and other religious and spiritual spaces were forced to cancel in-person worship and move celebrations, services, and even death rituals to digital platforms.

As these institutions grappled with the new realities of being “digital first” in their practice, we saw an opportunity to discuss this new phenomenon by hosting a virtual edition of our gOD-Talk series. “gOD-Talk 2.0: Digital #BlackFaith” aired live on Facebook on October 27, 2020. Unlike previous conversations, 2.0 featured an intergenerational panel of 14 social media influencers and scholars discussing the role of Black religion in the digital age.

Questions we sought out to answer in 2.0:

COVID-19 restrictions were major obstacles in producing the "gOD-Talk 2.0" episode. The first obstacle was securing a location to serve as the production hub for the show. The two and half hour live, virtual hybrid production needed a location where the control room, onsite-production staff, moderator, and social media host could broadcast from safely. The location in Baltimore, Maryland was secured in late August with an October production date. The second obstacle, and most challenging, was producing the show—12 panelists in different locations across three time zones with more than 70 freelance producers, videographers, sound engineers, set-designers, editors, and health professionals spread across the country. Strict COVID-19 guidelines were in place for production staff in the studio and those across the country, including COVID testing, mask, social distance, and other PPE material.

In order to ensure continuity in video and sound quality, we dispatched a camera operator and field producer to each of the 12 panelists homes or studio locations selected for filming. Remote production kits were sent in advance to each of the panelists filming location complete with an encoder, audio mixer, backgrounds, and accoutrements to feed signals back to our production station in Baltimore, Maryland. We then routed these images to our media server and fed them into a 20 inch LED wall—creating a 7-way conversation during each segment between the host Teddy R. Reeves, social media host Krystal Lee, and the remote panelists. At the production studio location in Baltimore, we utilized six Panasonic 4K 1080p broadcast cameras switched by a BlackMagic ATEM 2 M/E console. Audio was mixed, and the mixed minuses handled via a Yamaha CL5.

The conversation for the evening was divided into two panels, Digital Context and Digital Community. In the first panel, Digital Context, we sought to ground the conversation by talking about the current realities of COVID-19 and the history and current trends of Black digital religious practice pre and post COVID. In the second panel, Digital Community, we engaged social media influencers, who lead digital religious and spirituality communities, to discuss best practices, challenges, and the future of Black religiosity in digital space. Panelists included individuals from diverse religious groups: Muslim, Buddhist, Christian, Jewish, Atheist, Agnostic, Spiritualist, and Yoruba.

Producing a live show with many moving components and remote locations proved to be a challenge. However, we were able to move beyond the technical difficulties experienced in the beginning, due primarly to the local Internet connectivity issues in Winston-Salem and Burlington, North Carolina, Washington, D.C., and Atlanta, GA (locations of five panelists). What emerged was a beautifully produced conversation. gOD-Talk 2.0 has be viewed more than 9,000 times since it aired and has reached more than 22,000 persons through viewings, online searches, clicks and shares. The live broadcast of the program was watched by more than 5,000 viewers. Additionally during the live broadcast, viewers were able to submit questions through Facebook to pose to panelists—creating a more robust engagement with the digital audience.

The virtual production of the gOD-Talk 2.0 episode allowed us continue the work of reaching and engaging our audiences through digital mediums. Additionally, the 2.0 production aids us in our continued pursuit of educating and expanding the public discourse around Black spirituality and religion in the 21st century, while also adding scholarship to the growing field of digital theology. 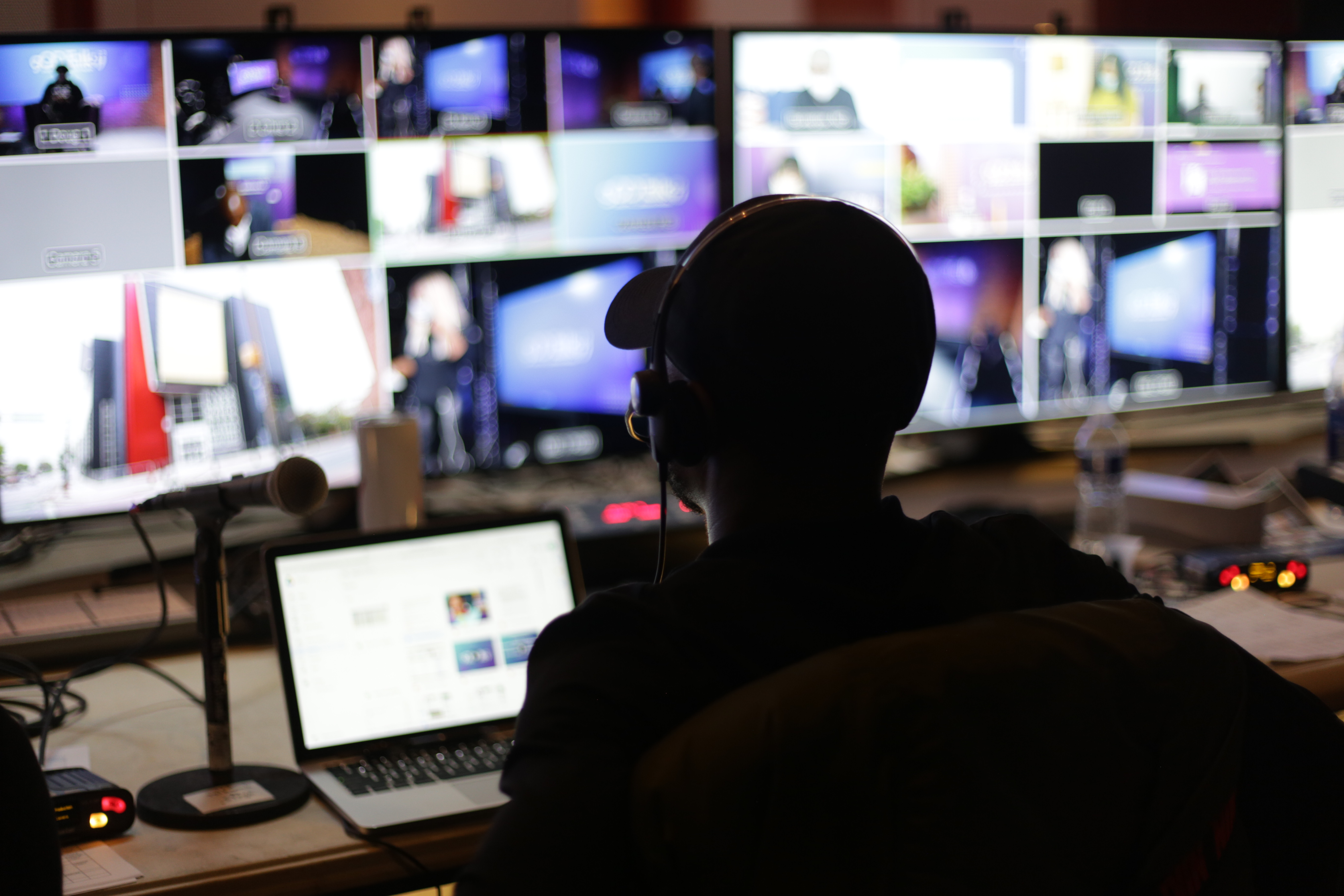 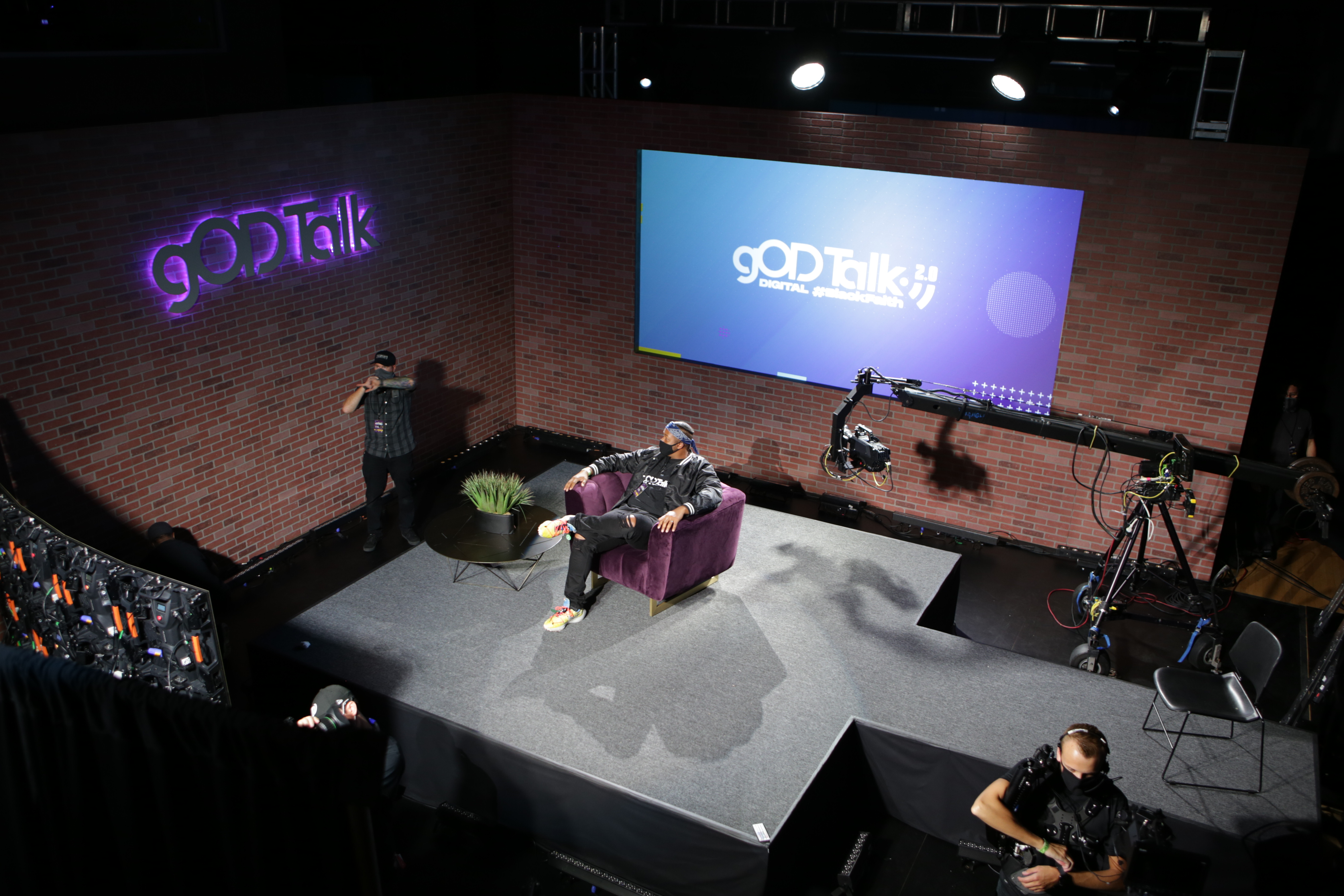 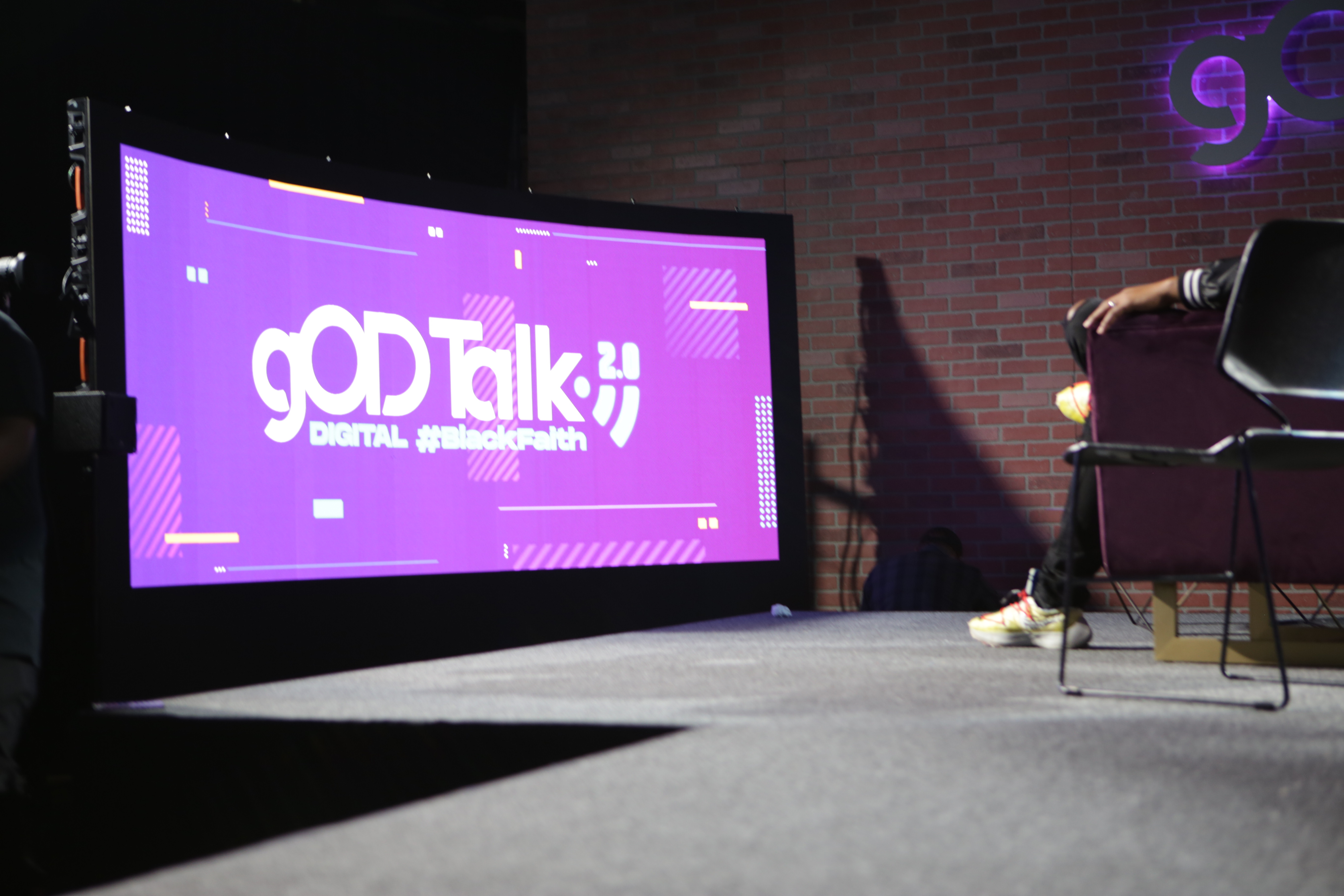 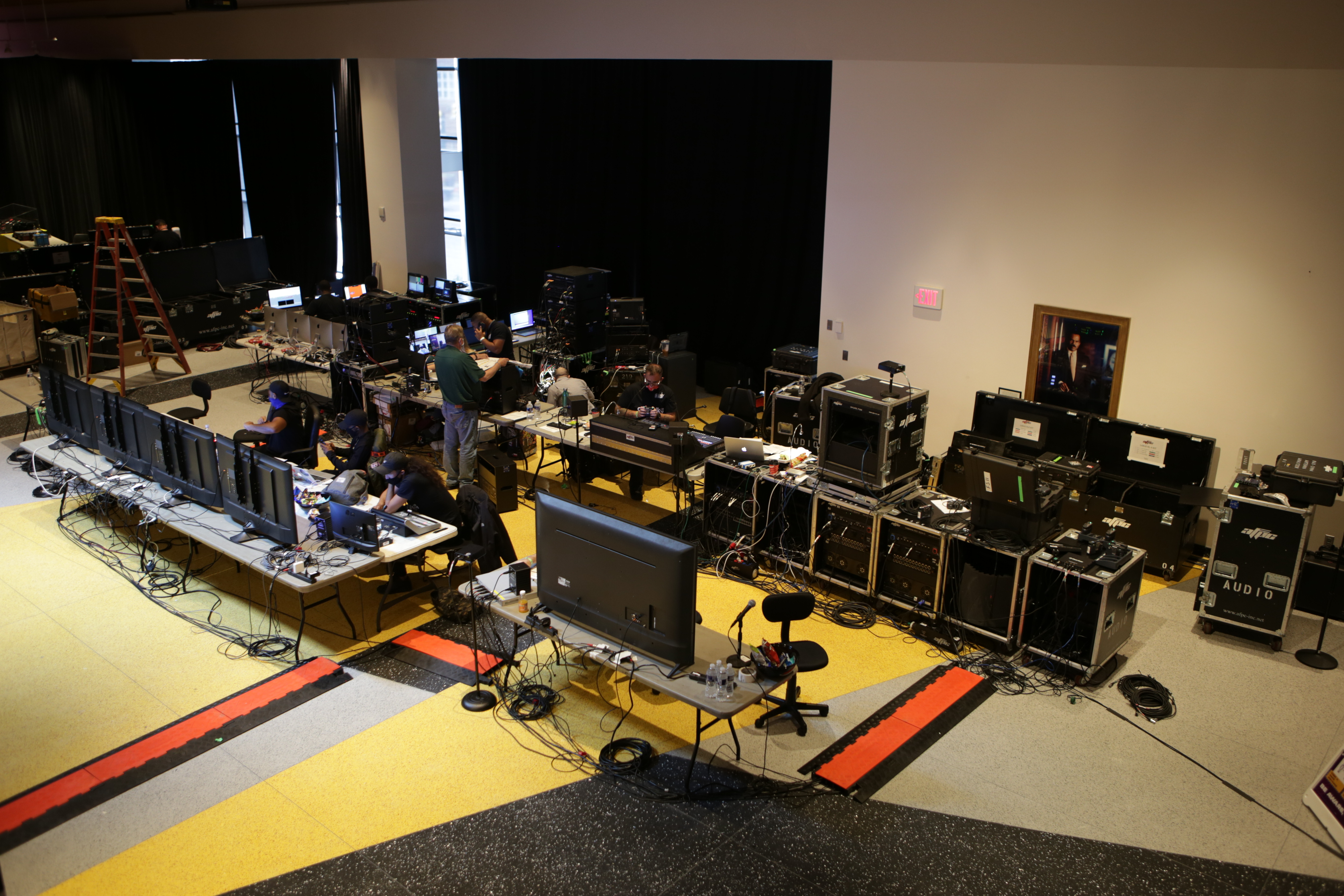 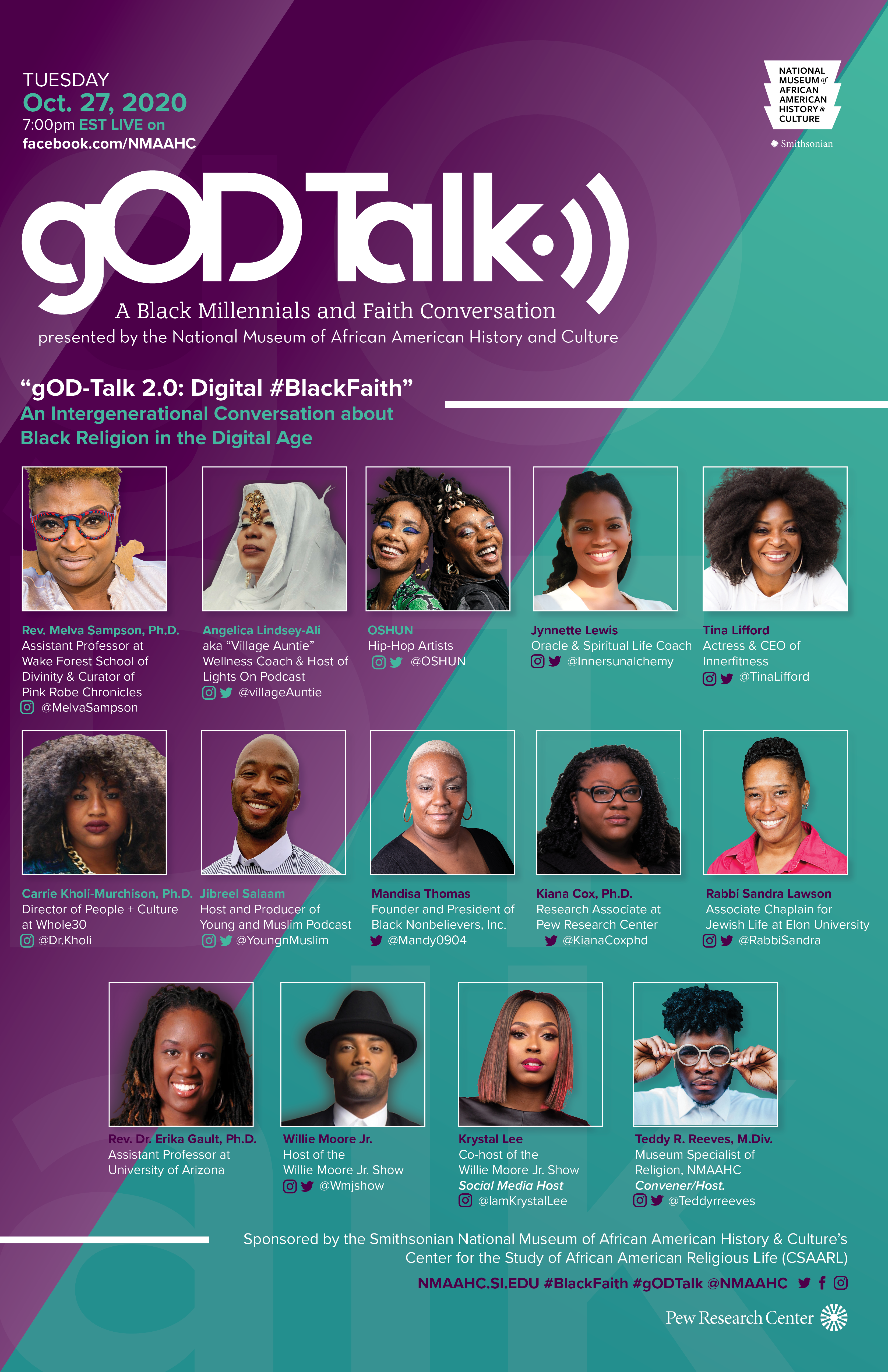 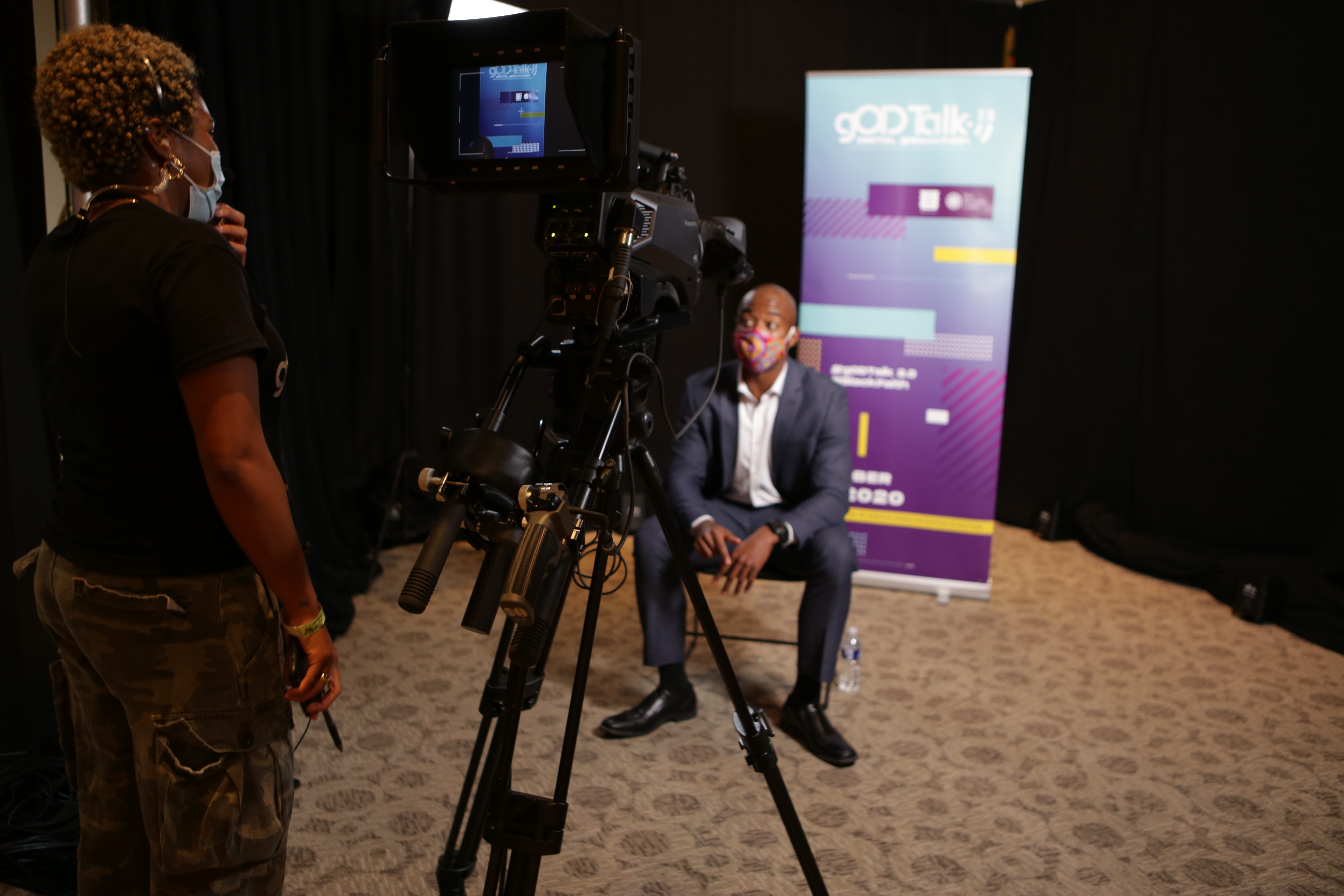 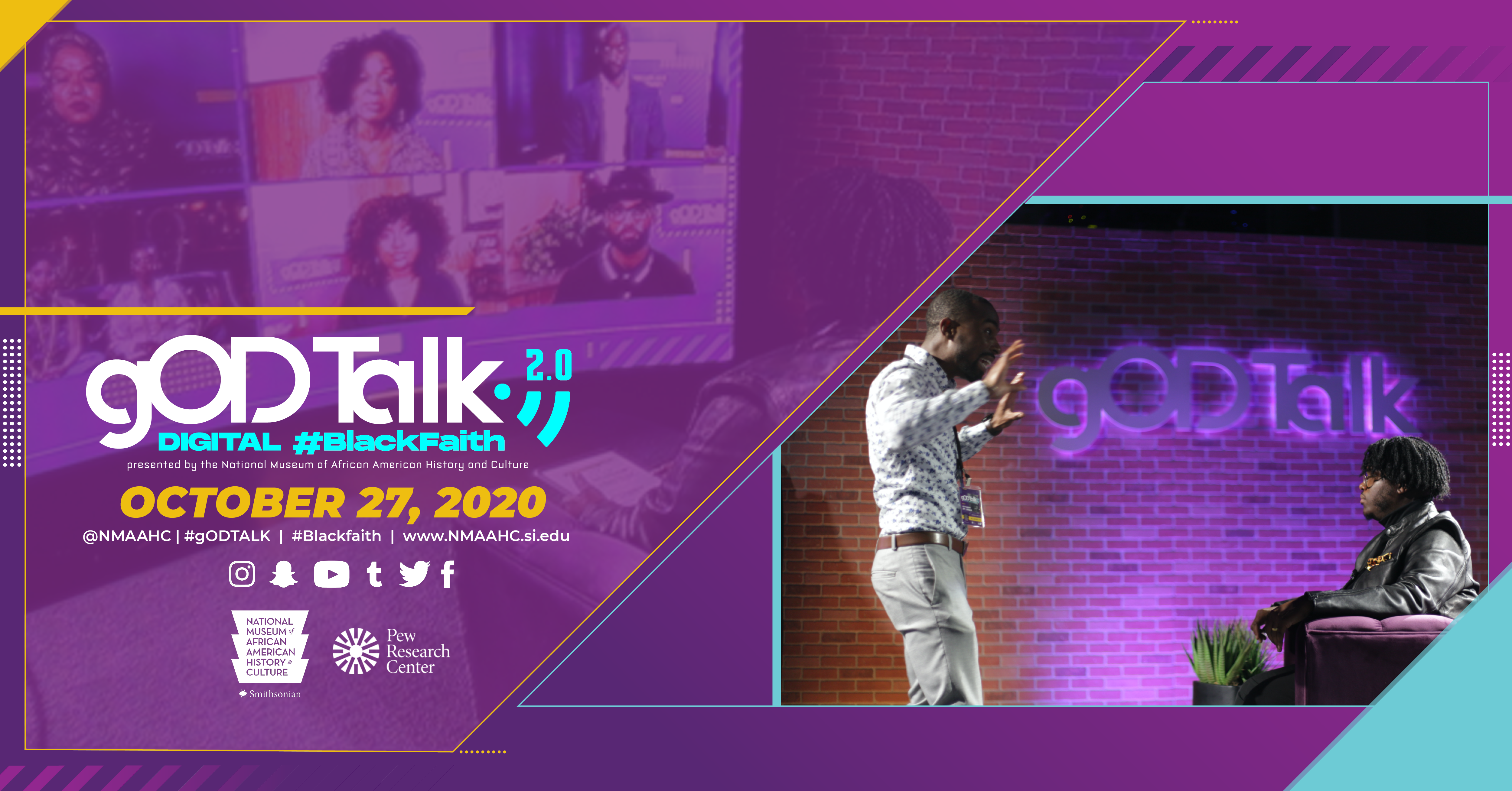