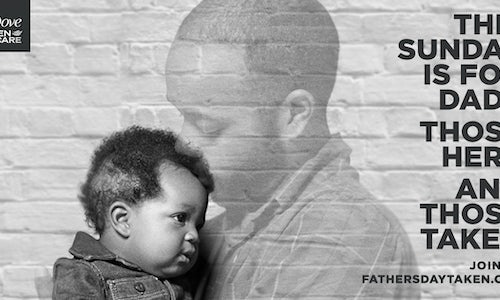 On May 25, 2020, the most important news story in America was sparked by a dad who did not make it home – George Floyd. His death resulted in nationwide protests that galvanized citizens demanding an end to the brutality. But, a devastating number of Black fathers in the U.S. were and still are taken from their families because of racism and violence.

Over the past ten years, Dove Men+Care has been committed to shattering outdated stereotypes about what it means to be a man and a father and has worked to champion men’s caring roles.  As a brand committed to supporting dads everywhere, we knew we had an obligation to help expose this dangerous reality, especially during a time when we typically celebrate the most – Father’s Day.

Reacting quickly to our intuition around this stark reality, we found data in the Washington Post that showed nearly 1,300 Black Americans have been killed by police in the last five (5) years. Further, 95% of those killed were men, and many were fathers.

Another finding was something we couldn’t ignore: The George Floyd protests continued into June – the month during which the U.S. celebrates Father’s Day. As Black men, women and millions of their allies took to the streets to uphold the humanity and dignity of one father taken, we knew that thousands of children would be forced to endure Father’s Day knowing their strong, caring Black fathers had been taken from them.

Dove Men+Care set out to do two things to turn the tide:

1) Recognize Black men as caring fathers, a narrative often lost in the news-cycle.

2) Alleviate the financial burden that families suffer when losing a dad.

To expose this heartbreaking issue and offer support to the families of victims, we created a new initiative for Dove Men+Care called #FathersDayTaken, that would celebrate the humanity of fathers taken too soon to racism and violence and create a platform to help the families left behind.

Within 10 days, we presented, sold and produced a film that showcased caring Black fathers and unveiled the pain felt when they are taken.

The film also revealed the brand’s financial commitment of $1 million investment through a Fathers Taken Fund and created a GoFundMe page where allies could supplement our donation. We partnered with the Cordale Q. Handy In Remembrance of Me Foundation to help identify the families who have lost a loved one due to racially-motivated violence, and to support those families with grants created from our $1 million commitment and the funds raised from our GoFundMe initiative.

We also encouraged consumers to donate $5 with a customizable e-card that honored the memory of Black fathers taken they could send to their dads. This was shared via social and linked directly on the donation page. We also leveraged the card to connect with key reporters and journalists who were interested in the fatherhood and social justice space. This enabled us to breakthrough and make them aware of the initiative, further driving reach and therefore donations.

We called on our partners to drive awareness, including The Dad Gang, a network for Black dads advocating for engaged fatherhood; Glen Henry, a leading voice in the Black dad community; and Dr. Wizdom Powell, President of the American Psychological Association's men and masculinities division.

On Father’s Day, Dove Men+Care sponsored the March of Dads, a peaceful demonstration of Black dads, families and allies led by The Dad Gang in Washington, D.C. to march in solidarity against racial injustice, and to challenge the stereotypes that negatively portray Black fathers.

Throughout the week, the #FathersDayTaken video ran across digital, social media and paid, airing on live TV, including ESPN’s ESPY Awards and OWN’s 100 Black Fathers special.

#FathersDayTaken sparked conversation across both earned media and social coverage, garnering 162 total earned placements that resulted in 61 million total impressions, appearing in outlets like CNN, PR Week, and Business Insider. On social, sentiment was overwhelmingly positive - 98% of organic social shared how important and meaningful this initiative was and 67% of all social posts included our #FathersDayTaken video asset (Twitter and Facebook data) – driving more awareness to our CTA and giving us the opportunity to help more families.

The March of Dads saw over 500 attendees, with coverage including The Washington Post and Steve Harvey’s live Facebook Talk Show, Steve On Watch.

This awareness has allowed Dove Men+Care to reach our most important objective – directly supporting those families who have lost a loved one due to racially-motivated violence. In less than 2 weeks, the Fathers Taken Fund raised over $11,000 in donations, and in combination with our $1 million commitment, we have distributed over $200,000 in grants to over 70 families across 24 states, directly supporting more than 200 family members to-date who have lost a father – or son, grandson, sibling, or spouse – to racially-motivated violence. 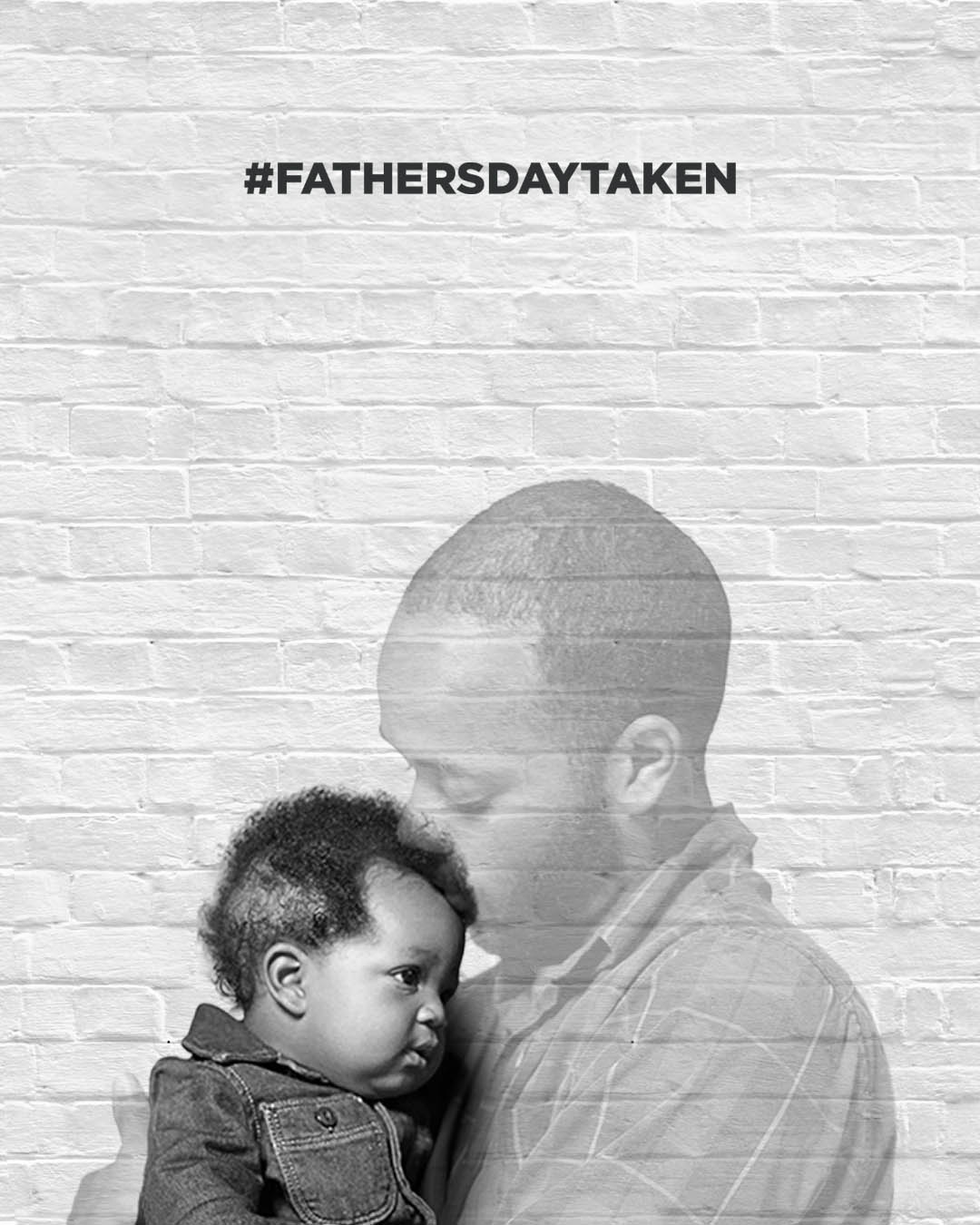 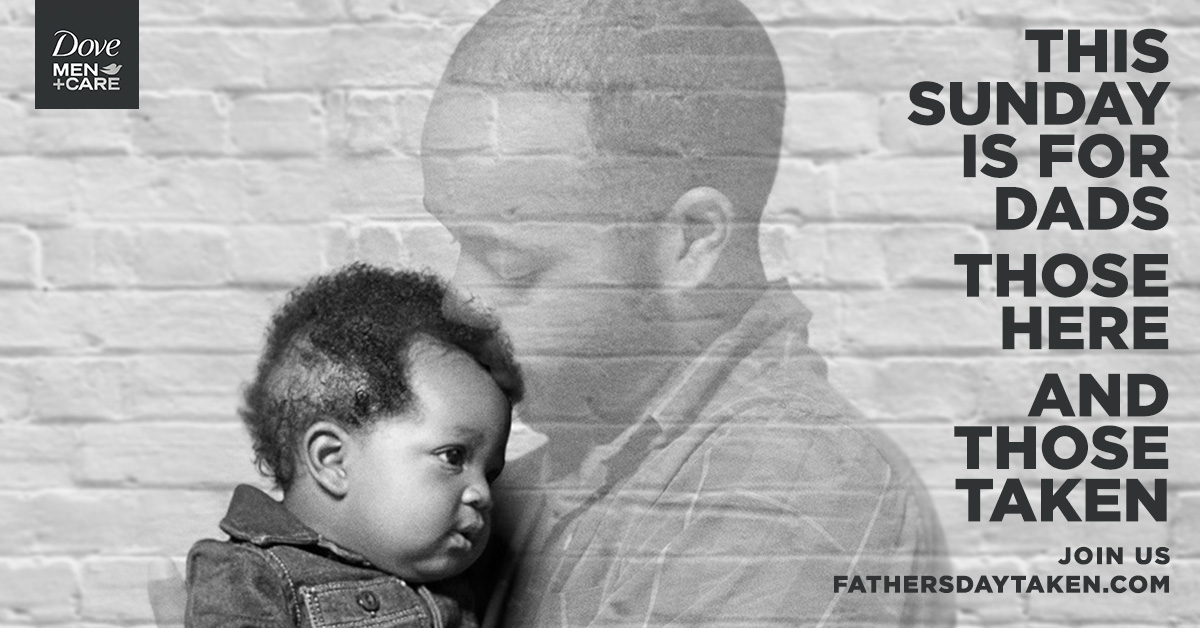