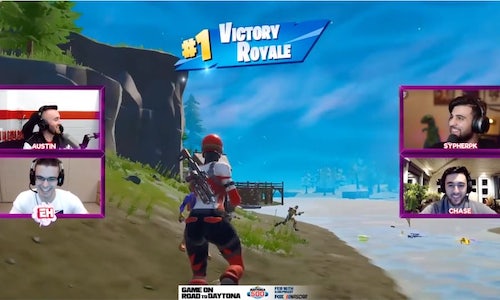 Fox Sports tasked Mediahub with using the 2020 Super Bowl to draw viewers to their NASCAR Daytona 500 broadcast two weeks later with the specific goal of increasing the TV rating YOY.

Our analysis of previous NASCAR ratings showed there was a particularly strong opportunity to grow TV viewership among younger fans (M18-34). Our psychographic insights into this audience showed they were drawn to high-intensity action and adrenaline-fueled activities, with an affinity for individual athletes/personalities they can follow on social and root for specifically. Not surprisingly, many were also online gamers who not only played frequently themselves, but also often watched their favorite gaming influencers’ streams on Twitch. This was a perfect fit for NASCAR’s speed and excitement, and the league’s focus on individual star drivers. We’d found our future fans, now we just had to go get them - and that’s exactly what we did with a two-part activation that merged gaming and NASCAR, injecting racing into streaming and vice versa.

Our research showed that immediately after the Super Bowl, traffic on the Twitch platform spikes significantly. We waited out the marketing melee during the Big Game, and were positioned with a stunt where we knew our audience would be going post-game. However, we also knew that cultivating this new audience, and getting them to tune-in two weeks later, would require more than a one-off sponsored stream, so we paced out content over the whole period between the Super Bowl and Daytona. With each piece of content we ensured that we were building that narrative that NASCAR and gaming were similar in ways that mattered to this audience, so if they were into watching gamers stream on Twitch, they'd also be into watching NASCAR drivers race live on TV.

We sponsored a stream with two of the top Fortnite influencers Nick Eh 30 and SypherPK and brought two top, young, charismatic, rising star NASCAR drivers, Chase Elliott and Austin Dillon, to play with them. The stream took off like a Fortnite “rocket ride”... the guys had an infectiously good time, laughing and joking, showing off their fun personalities to the streamers’ fans, and giving them a reason to consider getting into NASCAR as they became invested in the drivers and learned more about the sport. And that was just Phase 1.

We kept the program’s momentum going over the next 10 days with YouTube recap videos, social posts and a segment airing on FS1’s Race Hub show, all teasing Phase 2 with the gamers going to Daytona to experience the drivers’ world and see NASCAR’s speed and skill IRL. Leading into Sunday’s race, Nick and Sypher livestreamed 8 hours of content and posted constantly on social as they went for 200mph ridealongs, drove in the video-game-like iRacing simulators and experienced an unprecedented level of behind the scenes track access. Their fans got a crash course in the exhilaration and pageantry of NASCAR, and man, were they into it!

Our post- Super Bowl stream rose to 6th most watched during its timeframe, trended on the Twitch homepage and garnered over 1.1M minutes watched. Impressions reached nearly 14M, a whopping 62% extra earned over paid. Metrics for phase 2 streaming IRL at Daytona similarly exceeded all benchmarks, with the content performing 48% above planned. Just as importantly, we knew we were set up for ratings success for Sunday’s race because we could see from the engagement and the overwhelmingly positive comments in the stream chats that we were resonating with the audience.

When the green flag finally dropped on the 2020 Daytona 500, the TV ratings showed a robust boost, especially the target audience we captured with our comprehensive program, proving we’d engaged and convinced this new audience to tune in: 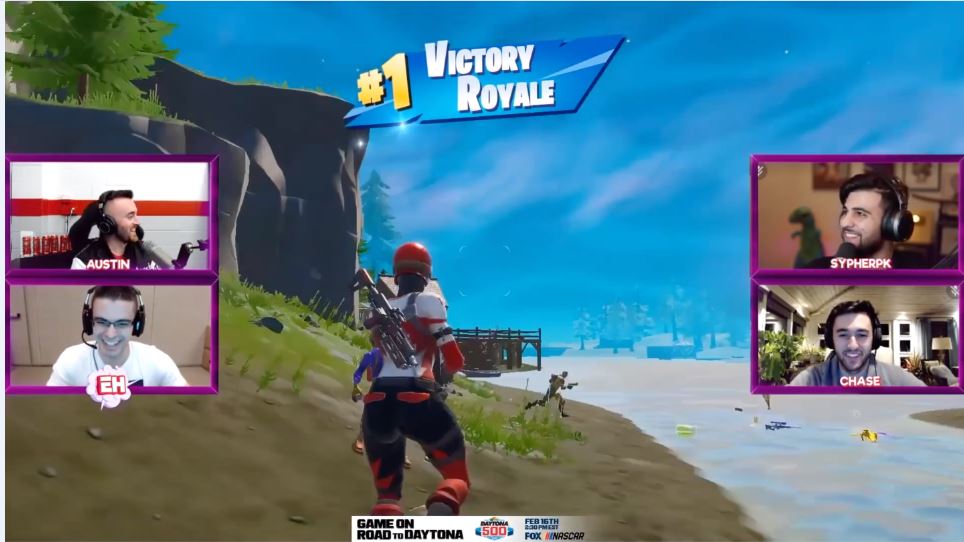