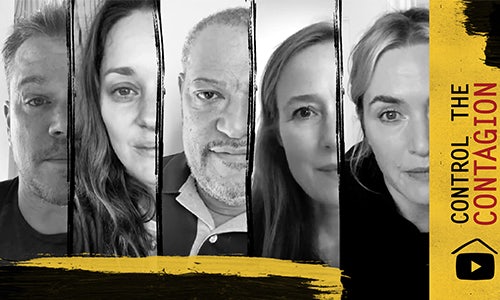 In the early days of the pandemic in the U.S, there was a great deal of misinformation being circulated to citizens. As the “fake virus” in the film Contagion—which following the outbreak saw a spike in digital sales, ranking #1,316 in 2019 to #1 in 2020—continued to be compared to the very real Coronavirus, the team behind the film, including director Steven Soderbergh, writer Scott Z. Burns, along with key members of the ensemble cast, and Participant decided to come together to share evidence-based information about COVID-19 to better protect citizens.

We quickly partnered with many of the same epidemiologists who consulted on the film, including those from the Columbia University Mailman School of Public Health, one of the nation’s most preeminent schools of public health. Together, we created and distributed five PSAs and an additional 60 second trailer. The PSAs were originally released on March 27, 2020, and included messages from actors Matt Damon, Kate Winslet, Marion Cotillard, Laurence Fishburne and Jennifer Ehle.

The PSAs focused on evidence-based information to slow the spread of COVID-19, including social distancing, proper hand washing, and combating misinformation—all aimed at helping us protect ourselves and our communities. Utilizing the film's longevity, these PSAs aimed to bring scientific evidence to the broader public.

To date, the Contagion PSAs have received over 2 billion media impressions that have an advertising value of $15.5 million. The day following their launch, the PSAs ranked 2nd in the “What’s Happening” section of #Explore tab on Twitter. In total, uploads have been viewed nearly 6MM times on social platforms. What’s more, following the release of the PSAs, the film Contagion saw a 3,500% increase in consumer sales from March 21 to April 11. 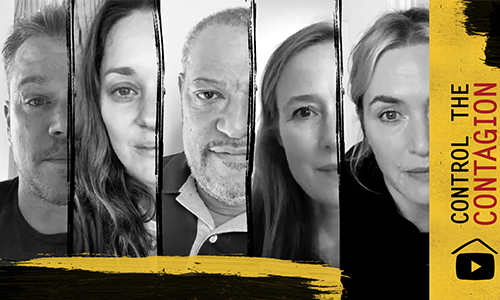