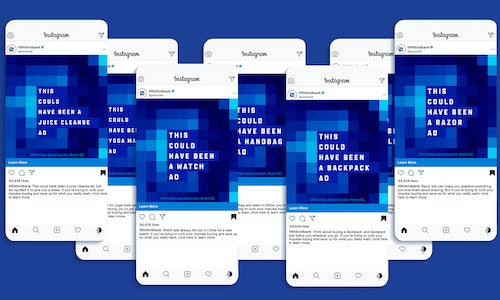 Fifth Third Bank recognized that saving money is tough. Saving money during a global pandemic, with nothing to do but browse social media, while tempting ads track your every click, is even tougher.

Fifth Third Bank wanted to cut people a break, especially as more and more of their days were spent online.

Using hyper-targeted social media ads on Facebook and Instagram, Fifth Third’s Buy Now Blocker set out to intercept sponsored ads in people’s news feeds with a key message: Curb impulse buying, and save up for what you really want, not what social media is trying to convince you to buy.

We identified the top 100 most common impulse buys on social media and created a media strategy that would mirror the targeting practices used by retailers to serve Fifth Third “blocked” ads, instead of typical, sponsored posts.

To ensure that each ad was hyper-tailored to the end user, we created 100 unique social assets and 100 different targeting groups for each of these impulse purchases. So rather than seeing another ad for fuzzy slippers, social media users saw a Fifth Third “blocked” ad, showing, “This could have been an ad for fuzzy slippers.”

Our creative approach aimed to capture attention with a bold headline, while recreating the familiar imagery of a “blocked” webpage, to create a scroll-stopping, head-scratching, in-feed experience.

Once we captured their attention, users were invited to save up for what they really want by learning more about the Dobot Savings app by Fifth Third. The Dobot app is designed to help people set and meet their savings goals, while even offering savings advice and coaching along the way.

This is the first-ever social campaign that measured success by how many people did NOT buy something.

With two weeks and a modest $40K media budget, the Buy Now Blocker social campaign was able to reach a total of 22 MILLION people. Of the 22 million people who saw the “blocked” ads, 100% of them didn’t buy something they’d regret. 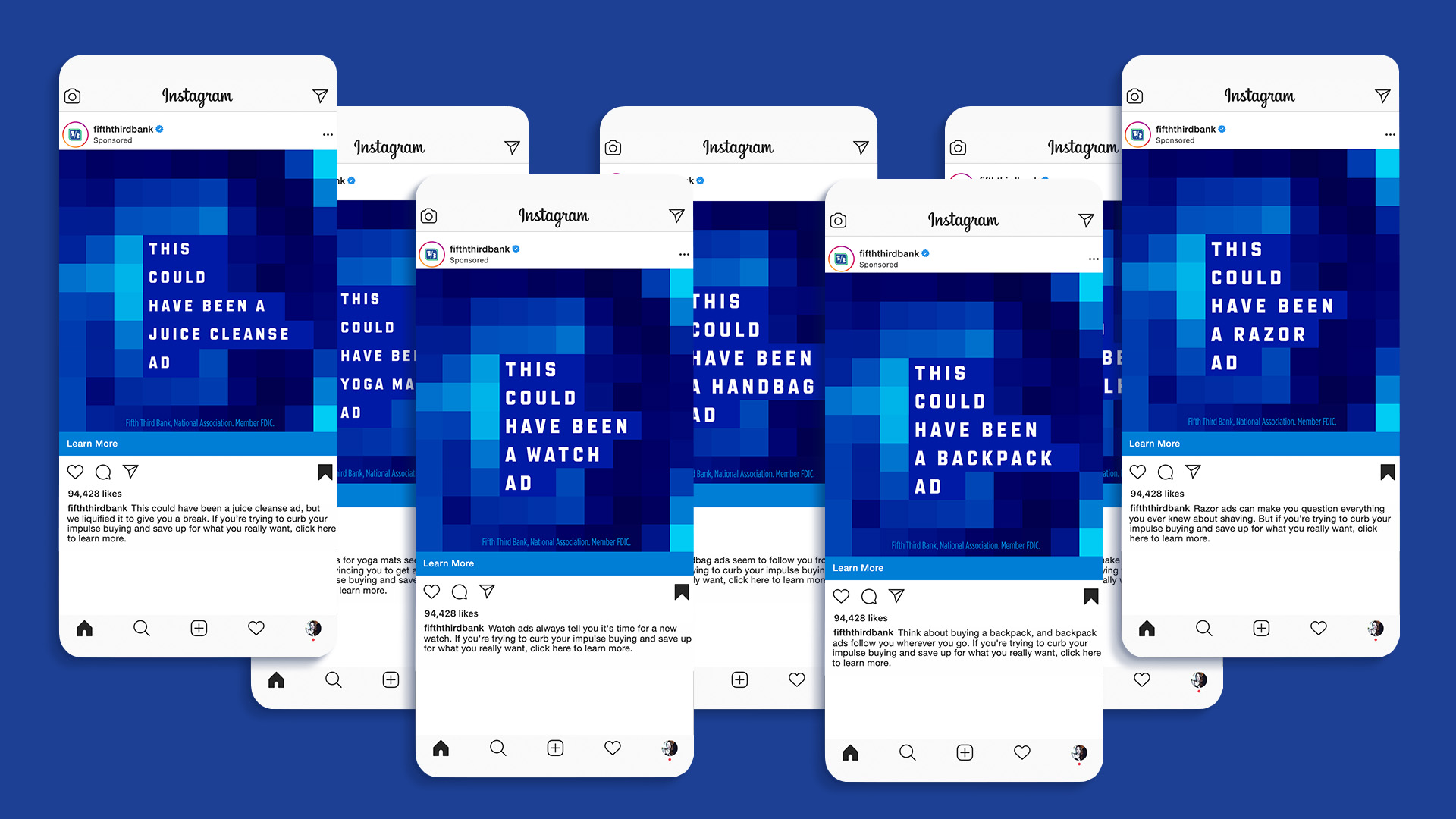 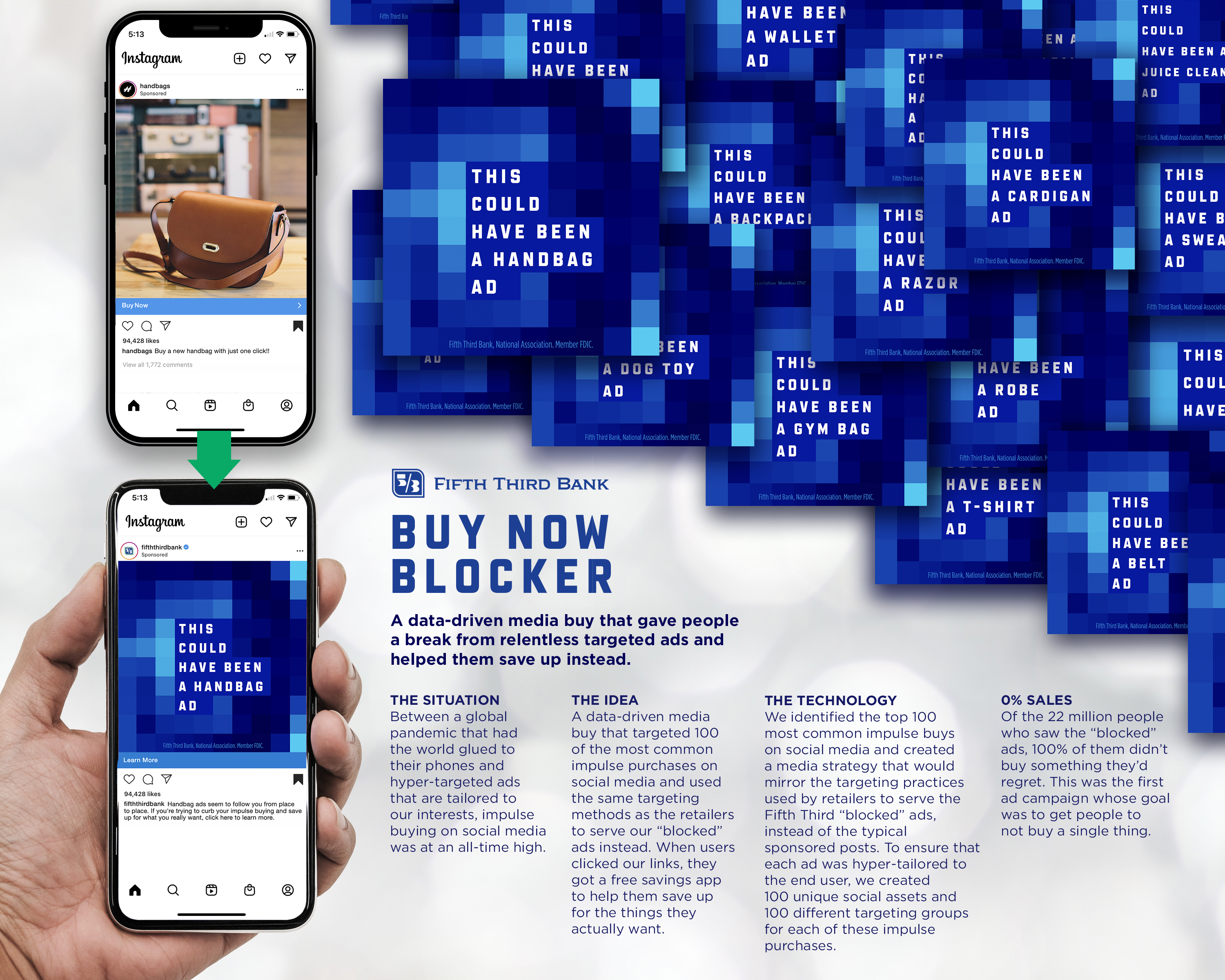