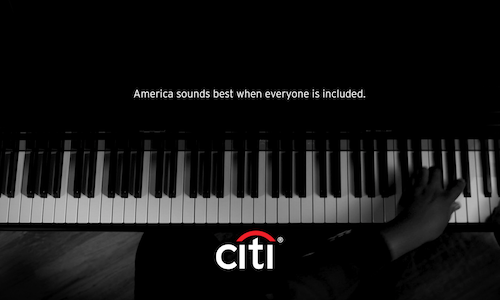 The murder of George Floyd prompted a national reckoning around race in America. Over the course of the next several months, 26 million Americans marched and protested across the country, becoming the largest movement in our nation’s history. Despite feelings of anger, 82% of Americans were hopeful about the future of race relations in the country, and 56% believed that brands have a moral obligation to speak out about racial injustice in this country. We agreed wholeheartedly with these beliefs, so we set out to create a powerful piece of content that showed the importance of unity in America—one that would run during the 4th of July weekend.

With the help of renowned Black pianist, Philip Woodmore, who composed, arranged and performed the piece, we created a version of the iconic song, “America the Beautiful,” that was first played using only the white keys of a piano. The result was a song that was recognizable but sounded off. The pianist then picked back up on the piece using both the white and black keys, creating a beautiful rendition of the song that demonstrated how important it is for America to work together in harmony.

As a company founded on the mission of enabling the growth and economic progress of its employees, clients and communities, Citi is working on racial equity initiatives that aim to close the racial wealth gap and create a more inclusive, equitable future for Black Americans. This film wasn’t just a show of solidarity with the Black community, it was a demonstration of what Citi believes in and a testament to how much better America sounds when we all come together as one.

The best way to showcase Citi’s message of unity was to launch the film nationally during marquee 4th of July holiday programming—inclusive of NBC’s Today show, the Macy’s 4th of July Spectacular on NBC and CNN’s the 4th in America special. The spot also ran digitally on 4th of July-related content thoughout the holiday weekend on YouTube.

The video received an outpouring of support on Citi’s social channels, with a slew of comments that called the spot “powerful,” “beautiful” and “riveting.” The engagement rates on organic social channels were 11% higher than norms, driven by Facebook, Instagram and Twitter.

From a paid media perspective, the video was seen by over 3 million people on linear programming, while delivering over 35 million impressions on YouTube. The spot performed extremely well on YouTube, achieving a 60% more efficient cost per completed view vs. benchmark, with 43% of consumers viewing to completion.

Video for America The Beautiful 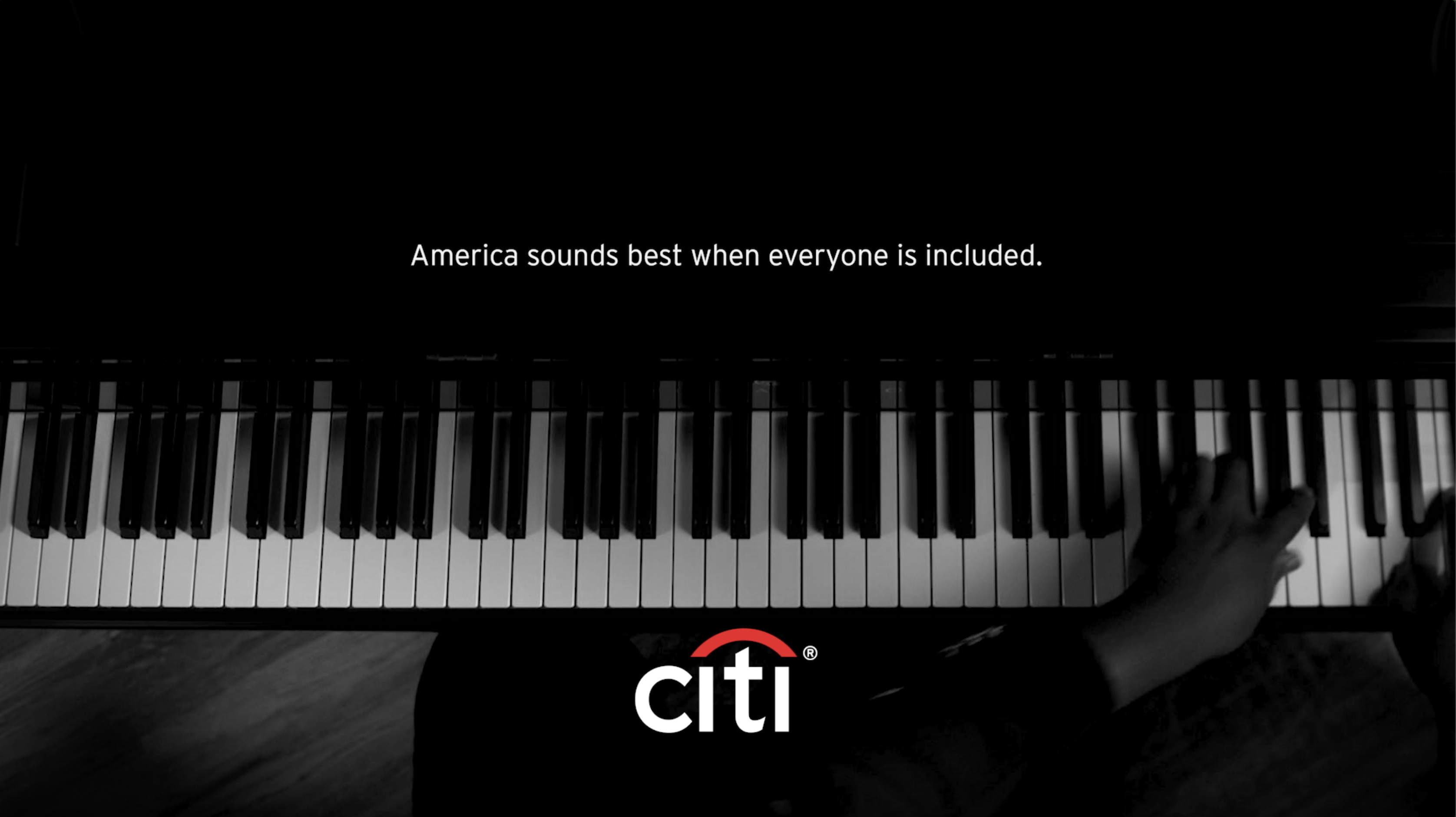 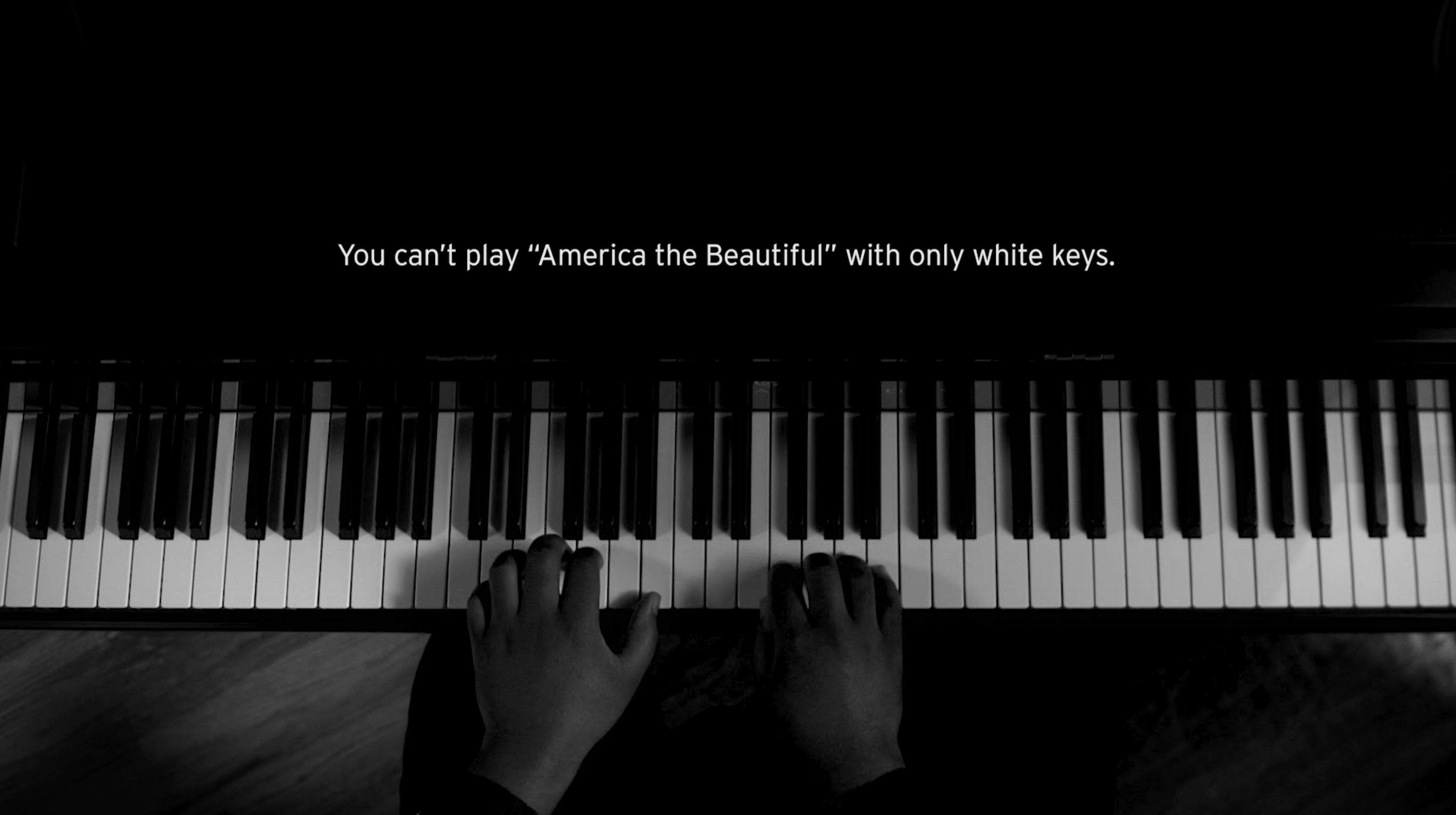