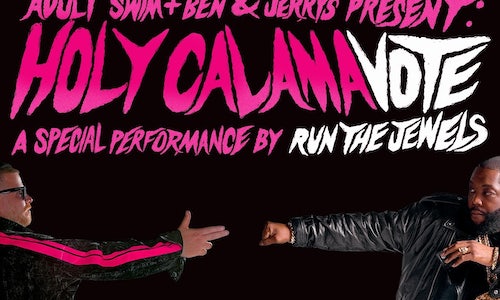 Run The Jewels is the rap super group led by Killer Mike and El-P. Killer Mike has long been an Atlanta-based activist voice calling for social justice. Their fourth studio album RTJ4, was originally scheduled to drop June 5, 2020. Due to the ongoing protests against police brutality sparked by the deaths of George Floyd, Breonna Taylor, and Ahmaud Arbery, the duo dropped it two days early. Critics raved as RTJ4 debuted at #10 on Billboard’s Top 200, “RTJ4 is protest music for a new generation; they're armed in the uprising with a torrent of spirited rallying calls.”

Social justice is a founding principle of Ben and Jerry’s, embedded in their vision to support the realization of Linked Prosperity. Adult Swim has been committed to social justice and greater diversity as the foundation of its values since it launched in 2001.

Millennial and Gen Z voters had much lower rates of voter registration and participation prior to 2018.  Heading into 2020, activists and organizers were beginning to rouse this cohort to register, vote, and realize their own power. By the summer of 2020, it was clear this close election could come down to thousands in a few key states. Newly registered youth voters could be the difference maker.  Adult Swim and Ben & Jerry’s combined resources to turn an exclusive music performance into a mass voter mobilization effort.  Run The Jewels embraced the opportunity to produce a world premiere uncut performance of RTJ4 into a voter registration and GOTV campaign.

On June 3rd, Run the Jewels released their fourth and arguably best album together, RTJ4. The duo of Killer Mike and El-P committed to transform their world premiere performance into a massive voter awareness, registration, and voter pledge event. As savvy entertainers united with the #1 Network for Gen Z and Millennials, Adult Swim, Mike and El-P knew how to produce a headline making concert and turn it into an unmissable television/streaming event and a press sensation.

Holy Calamavote was promoted as much more than the first uncut performance of a chart topping album.  The involvement of Ben & Jerry’s Action brought resources to support voter awareness, registration, and a Pledge to Vote text reminder.  Six weeks of TV, digital and social promotion (YouTube, etc) built anticipation. This live stream event became a pre-election call to action based in the key battleground state of Georgia, as well as a fundraiser for the ACLU.

In addition to the linear telecast, the performance was simul-streamed on Adult Swim's website, an uncensored version on YouTube, and made available on Adult Swim’s YouTube channel afterward.

It’s no secret that low-propensity voters, particularly young Black males, feel that the political system does not serve their interests and voting often fails to make a difference.  Killer Mike and El-P understand and express this frustration. The genius of RTJ4 is that it reflects this generational understanding while channeling it into taking effective action by challenging the power of youth numbers to make their voices truly heard at the polls. The news generated by this concert reached outlets that ordinarily don’t pay attention to politics and voting.

“Ben & Jerry’s came with the voting platform, Adult Swim is Adult Swim, and we [Run the Jewels] were ready. This album for us is a special vehicle to deliver this message. If there was ever a group built for this godforsaken year, it’s these guys.” - Amaechi Uzoigwe, Run the Jewels Co-Manager.

At the live concert’s close, Killer Mike got the last word urging viewers to vote: “Vote local. Vote down the ballot. Vote for your mayor, judges, prosecutors. For the people looking over your life. Vote the bastards out of office and keep the good folks in.”

Viewers responded to the voter mobilization messages. During the telecast, 30,000 folks texted to the voter call to action (RTJ2020).  People pledged to vote, with 13,400 from broadcast + 62,000 from partnership promotions. Many more shared these pledges and messages of support on their own social channels.

In an election year where every single vote was crucial, this concert had an undeniable impact. Mobilizing tens of thousands of youth voters was crucial, especially in tipping point states like Georgia, where the margin of victory was less than 13,000 votes. https://www.theguardian.com/us-news/2020/nov/09/youth-turnout-us-election-biden-victory-young-voters

“This is election year, and if you don’t vote, we are going to die,” cries comedian Eric Andre midway through Holy Calamavote” -  Scene and Heard Nov 1, 2020. 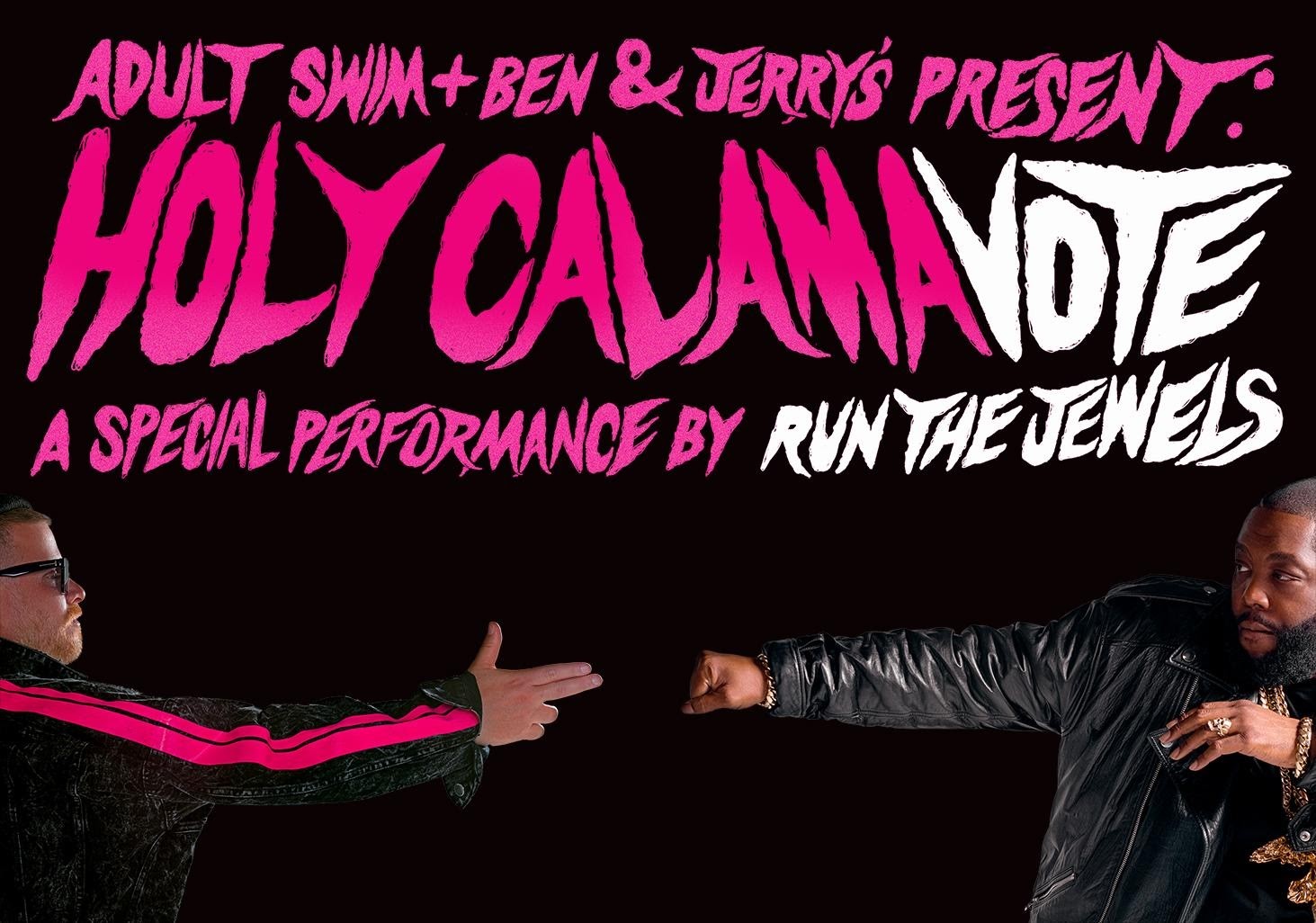