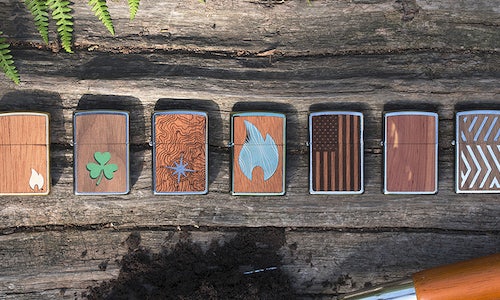 Fire is our oldest tool; one we’ve wielded for millennia to achieve incredible feats. Its power is great, but at times, difficult to control. Globally, fires destroy 4% of our forested land a year and a staggering 84% of those fires are caused by human hand. As a result of increased awareness around global issues, consumers have also grown to expect brands to be socially responsible.

With over 500 million windproof lighters sold, Zippo provides millions of consumers with the power of portable fire. With this comes great responsibility — we recognize that fire has the ability to destroy as well as create, and the power to make a difference sits in each individuals’ hands.

The challenge for Zippo continues to be how to establish an emotional connection with a new generation of consumers; many of whom aren’t smokers and never will be. Based on the insight that millennials are keenly aware of world issues — from politics to climate change — they’re also increasingly aware of the provenance of the products they buy and the impact they have.

DeVries Global worked with Zippo to launch the first global corporate social responsibility program in the company’s history. We wanted to take the power of the flame and make a global commitment to support reforestation efforts in the aftermath of fires. The campaign was designed to resonate with and empower this consumer group, showing how their purchasing decisions can make a statement and a difference; to fight fire with fire.

“Climate emergency” was named the 2019 Word of the Year by the Oxford Dictionary, reflecting the shift in attitude and sense of urgency to protect our planet. Furthermore, we know that consumers want the companies they buy from to practice business sustainably and ethically. Nielsen’s 2017 Global Consumer Confidence Survey noted that 81% of global respondents feel strongly that companies should implement programs to improve the environment.

Zippo’s foundation of providing millions of consumers with the power of portable fire, combined with the brand’s unique position as a tool and talisman that lasts a lifetime — standing strong against throwaway culture — provided us with a unique opportunity to lead by example.

In partnership with WOODCHUCK USA — a tech-driven wood products manufacturer specializing in customization — Zippo created a collection of sustainably sourced wood emblem lighters with a powerful promise: BUY ONE. PLANT ONE.® For every lighter sold, a tree was planted, putting the power to make a positive difference — to Fight Fire with Fire — into individual hands.

Madagascar was selected as the starting point for our global efforts. Home to 22 million people and 200,000 unique species, Madagascar has had 90% of its original forests destroyed. Not only does reforestation provide hundreds of jobs for the local community, but mangroves are one of the most effective and economic methods of offsetting carbon emissions. Efforts there have the potential to impact the health of the entire planet.

There was indeed no better place to start telling a story of the need to leave a better legacy with fire.

There was also no doubt that finding a truly global media partner would be integral to the campaign’s success. Enter: National Geographic. With millions of fans globally and a presence in 172 countries, the platform provided Zippo with the credibility to raise the issue of wildfires and reforestation, and to do so authentically.

There was clear synergy between our program and National Geographic’s mission to help protect the places that sustain life. As experts in exploration and documenting far corners of the world, National Geographic was tasked with overseeing the creation of a hero video, three articles and a photography series.

The content set out to spotlight the individuals directly tackling the problem while raising awareness of Zippo’s efforts. Human stories were told, showcasing the impact of Zippo’s initiative on the ground; from those who plant mangrove trees and those who work to conserve wildlife, to those who fight to undo the damage caused by fire.

The content was also designed to focus particularly on what individuals can do to rectify the situation, empowering the audience with the knowledge that the power to make a difference lies in their hands.

Beyond the partnership content and amplification via National Geographic, the integrated campaign consisted of two additional core elements: communications via brand-owned and distributor online and social channels; and coordinated global earned media outreach.

The campaign exceeded media coverage KPIs with an impressive 2,300+ pieces of coverage globally with a potential reach of over 267 million. Key campaign messages appeared almost 2,000 times in editorial coverage, with a global reach of more than five billion, overall.

Media interest was high with extensive coverage across renowned global titles, including: Wonderland, Arena Homme, PR Week, Harper’s Bazaar, Evening Standard and Men’s Health – with the majority of coverage featuring a campaign key visual and / or the campaign video.

The buzz built around the Fight Fire with Fire campaign helped deliver sales of more than 23,000 Woodchuck lighters from July to December 2019; over 13,000 more sales than previous PR campaign-driven collections. 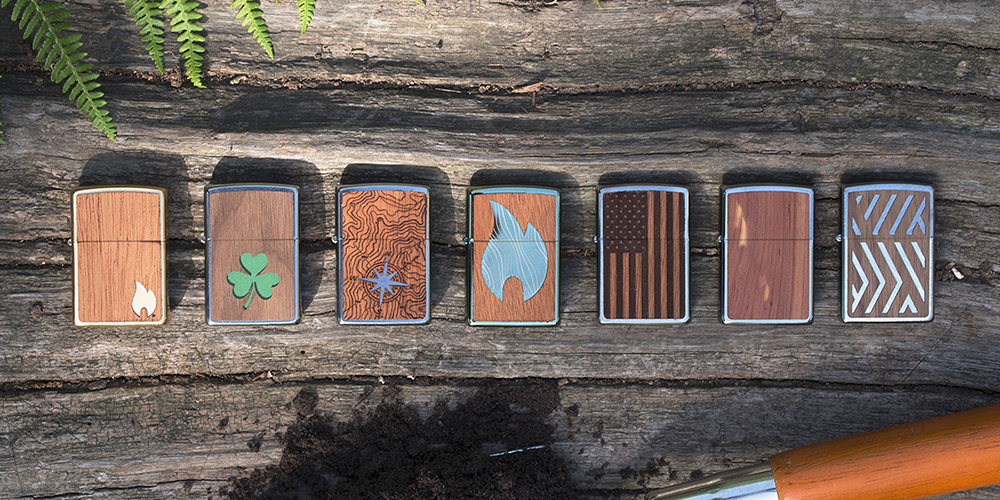