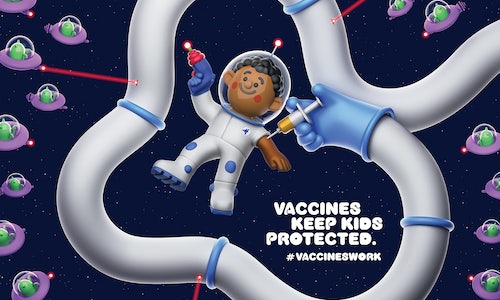 Vaccine hesitancy – the reluctance to vaccinate despite the availability of vaccines – has increasingly become a global pandemic. In fact, the World Health Organization ranked vaccine hesitancy as one of the top 10 health threats in the world for 2019. Clearly, vaccination is important, but rather than scare people into awareness, we wanted to create something positive and universally accessible. Our objective was to raise awareness of vaccine safety and the importance of vaccination amongst parents and parents-to-be. Demonstrating the value of vaccination can also inspire more widespread support for immunization, including increased investment, which ultimately leads to more children around the world gaining access to the vaccines that they need. These posters and animated gifs, as part of a global vaccine awareness campaign for UNICEF to promote #VaccinesWork, illustrate the protection vaccines provide in a way that’s simple enough to be immediately understood around the world.

Our creative solution was to convey the importance and effectiveness of vaccination in an unmistakably simple way. Once we realized that an arm administering a vaccine to a child could provide a metaphorical barrier of protection, we knew we had something that would resonate across languages and cultures. With the help of some light-hearted illustration, we chose to show kids in aspirational roles as a vaccine safeguards them from clear and logical antagonists.

It was important to us to reflect a range of ethnicities in the work, both for diversity and global distribution. In keeping with the inclusiveness already present in the campaign, we decided to showcase a collection of artistic styles as well, which is why each execution was illustrated by a different artist from around the world. Melanie Matthews, Laurene Boglio, Eric Nyquist, Jean-Pierre Le Roux, and Geo Law.

The campaign was distributed to UNICEF offices worldwide and translated into several languages, including Arabic, Chinese, English, French, Hindi, Russian, and Spanish. Countries include the U.S., Europe, Japan, and China, with a specific focus on Bangladesh, Bosnia and Herzegovina, Ethiopia, India, Indonesia, Kenya, Nigeria, Philippines, Romania, Uganda, and Ukraine.

Beginning in April 2019, the posters were distributed digitally to UNICEF offices worldwide, where each office printed locally and began using them in a “free format” way. They were shared with doctor offices, hospitals, clinics and other partner companies to begin driving awareness in advance of World Immunization Week (April 24 – 30).

Most importantly, the campaign helped UNICEF reach their goal of 1 million likes, shares and comments with the hashtag #VaccinesWork. Because of this, the Bill and Melinda Gates Foundation contributed $1 million (its maximum) to UNICEF. 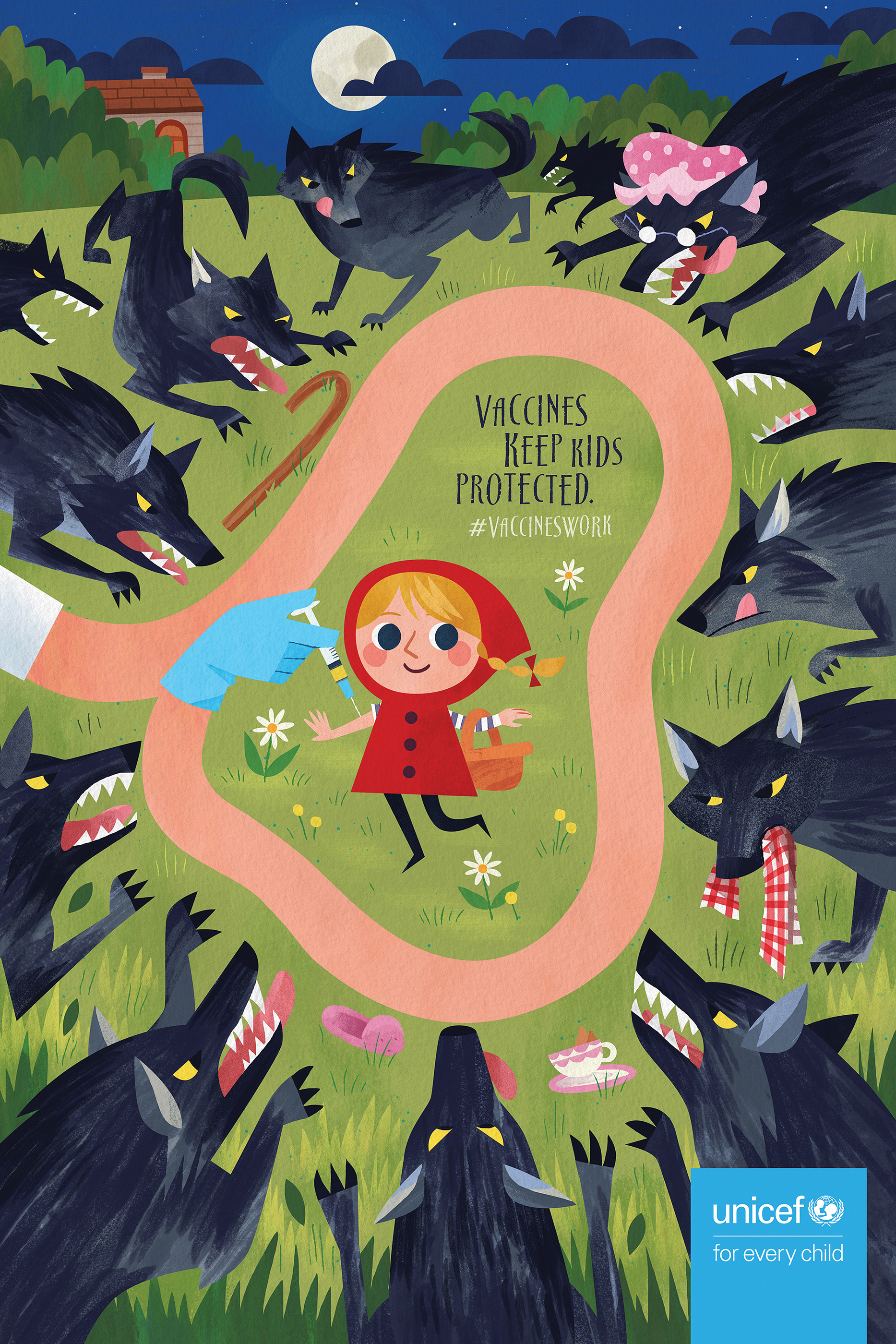 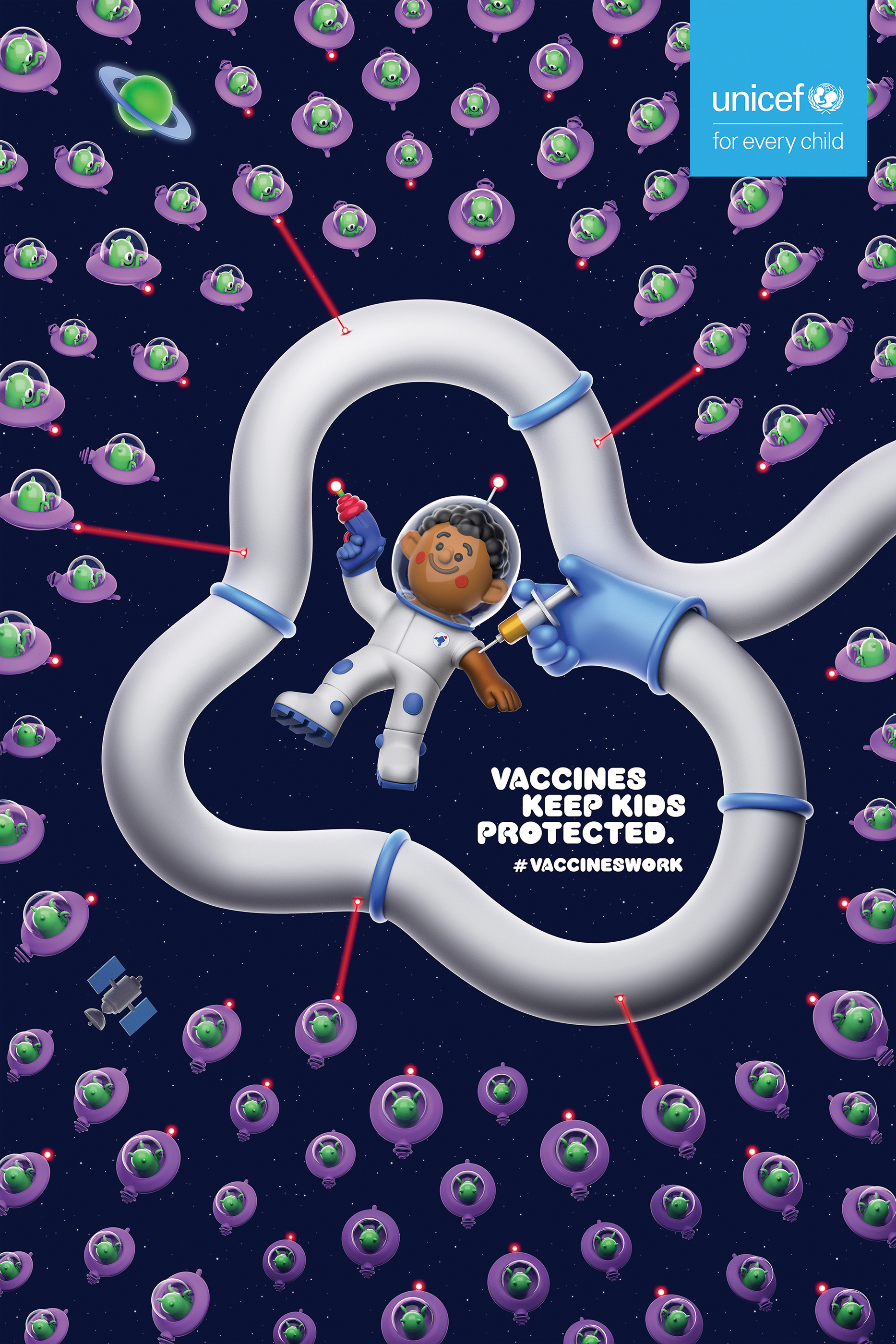 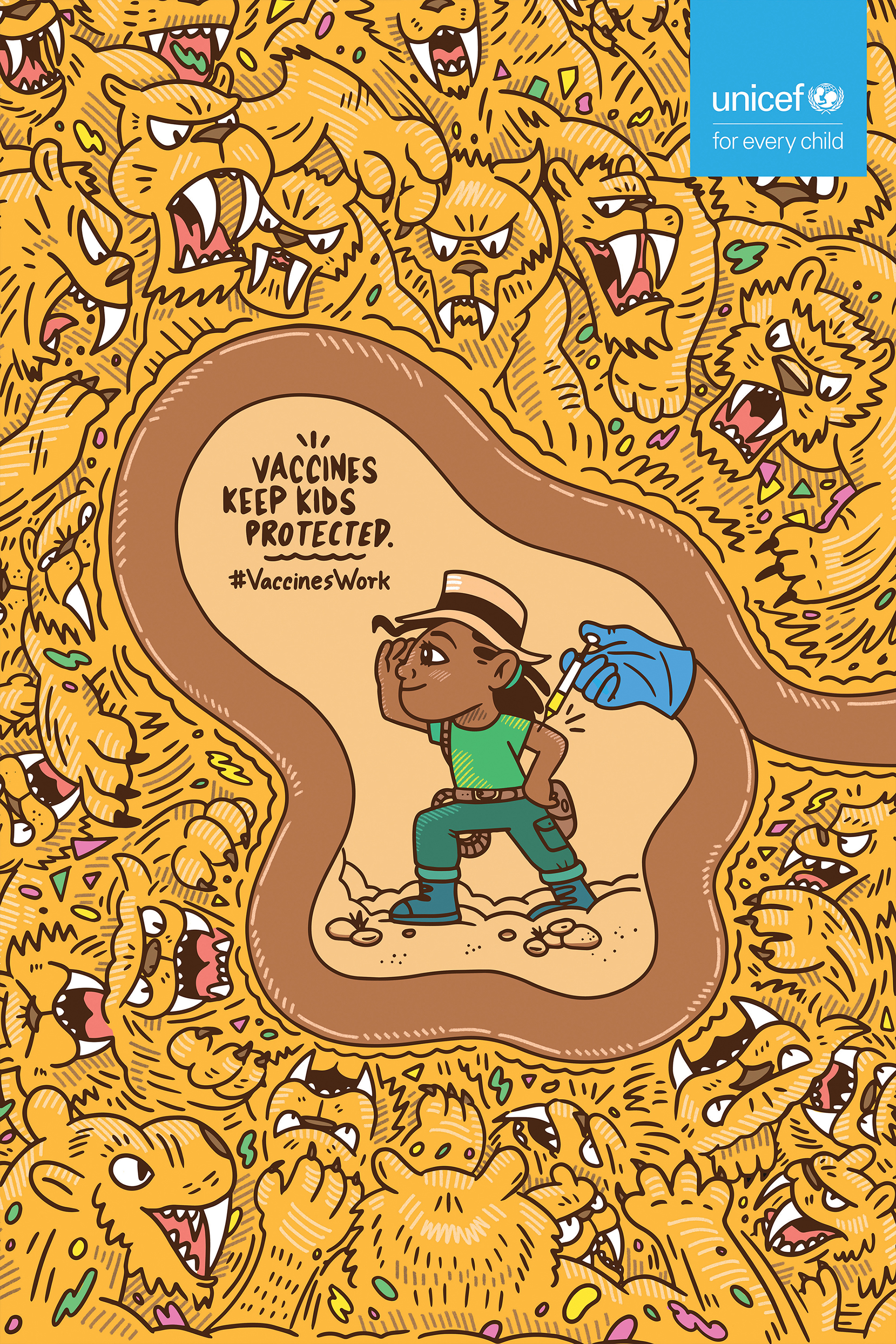 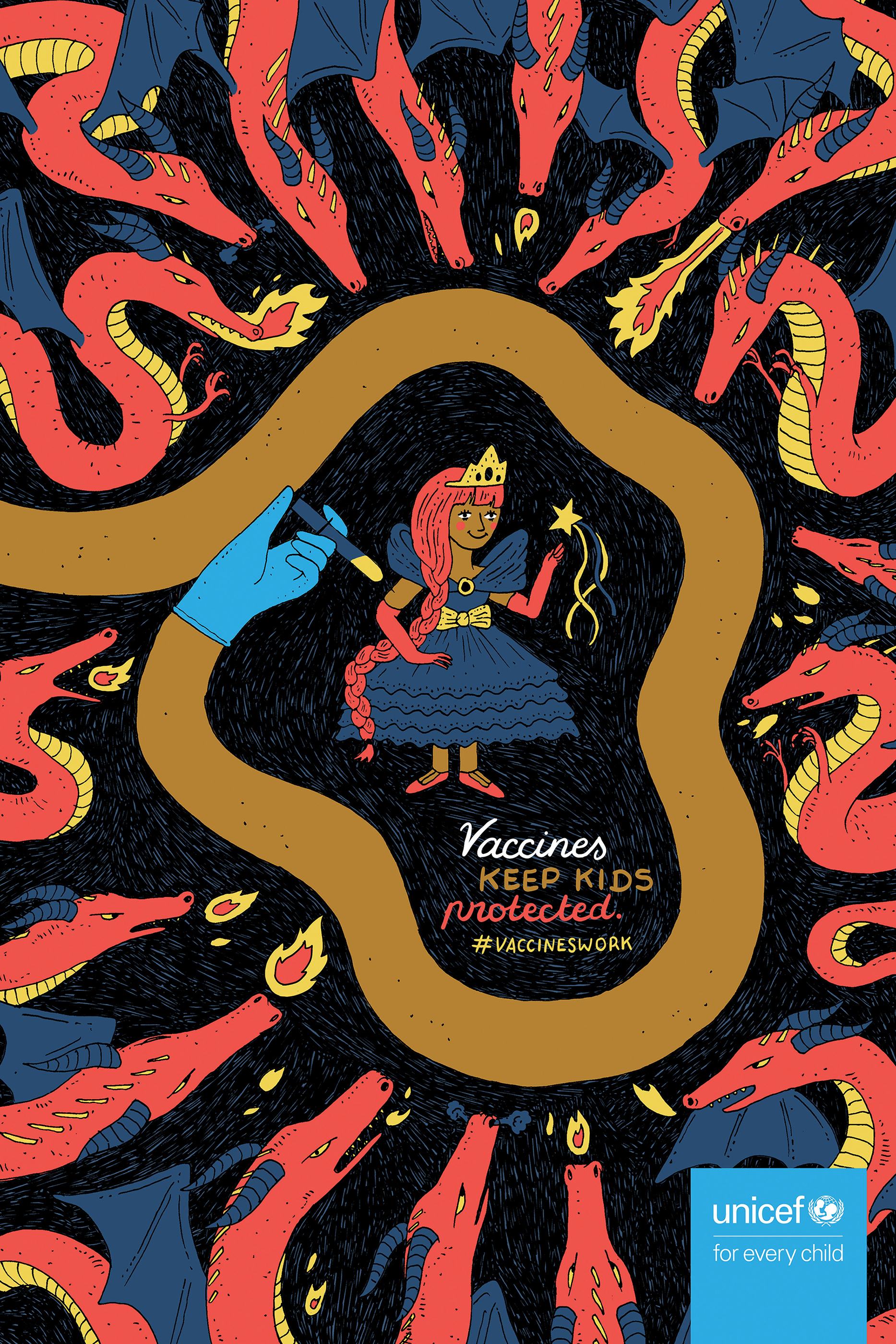 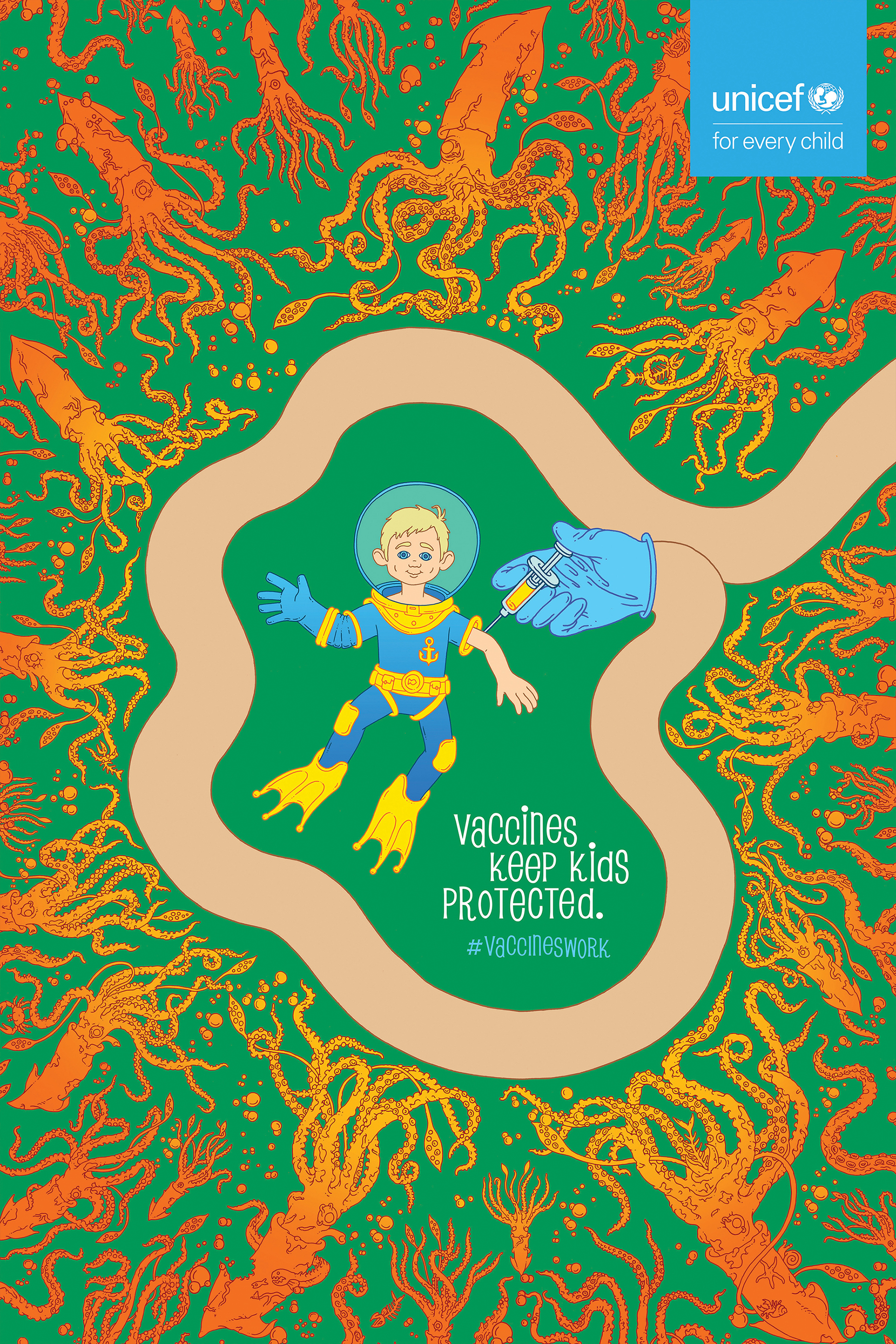 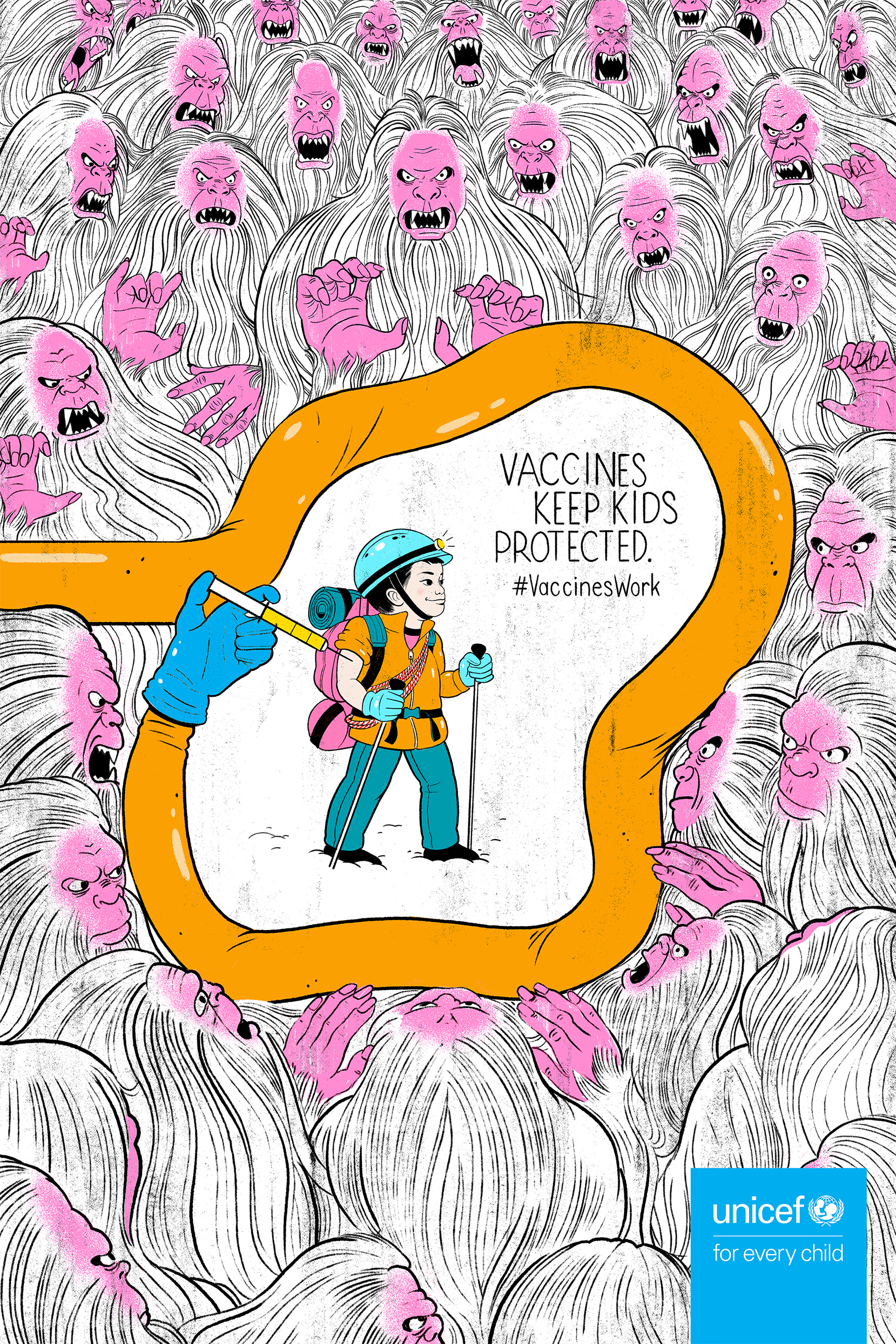