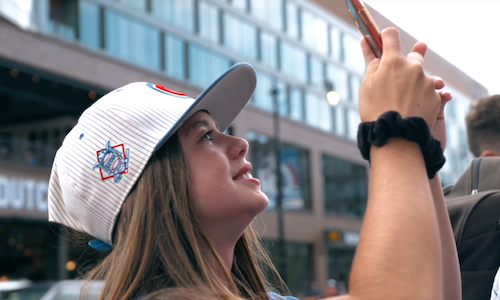 Strange Things at the Ballpark

How do you elevate a night at the iconic Wrigely Field into a mind-blowing event that leaves fans speechless? This past summer the Chicago Cubs, in partnership with Snapchat and Netflix, hosted a Stranger Things themed night and turned the ballpark upside down! Snapchat leveraged AR to highlight this cultural moment, bridging the gap between reality and fiction, and capturing one of America’s favorite ballparks in a new, unexpected light.

Taking a photo below the iconic Wrigley Field Marquee has been a longstanding tradition that stamps every fan’s pilgrimage to this historic stadium. With this tradition in mind, Snapchat trained its camera to recognize the Wrigley Field Marquee and bring Stranger Things to life in front of the stadium.  Using the marquee as the focal point, all fans could open their Snapchat camera and point it at the Marquee to see an unexpected AR transformation, into the alternate reality of the Upside Down. Upon tapping the screen, the well known Demogorgon monster broke through the iconic Wrigley Field sign to surprise fans as they entered the stadium. Snapchat leveraged its dynamic “smart name” tech capabilities to populate each fan’s name within the AR animation, elevating the excitment and personalization of the experience.

Throughout the night, fans, MLB players, and actors from the Stranger Things show took part in the fun and shared their experience with fans, family, and friends. Word quickly spread across social, trade press, and TV news that something strange was going on at the ballpark!

Fans across the US were also able to take part in the fun, using a Snapchat Snapcode from the Chicago Cubs social channels to unlock the AR experience. Anyone with the Wrigley Field Marquee image (on mugs, t-shirts, flags, and yes, even tattoos!) could see the AR experience in their own camera.

This two part strategy not only delivered an epic experience to those attending the game, but made sure that fans at home could experience the upside down as well.

The true successes of this campaign came in moments that were beyond measure. It was clear from the social outpouring that fans in the stadium and at home were blown away by the experience. That said the stats spoke for themselves. The lens saw 83K impressions on Snapchat and 2.5 million earned impressions from the Chicago Cubs. Snapchat users also played with the lens for an average of 75 seconds - over 300% higher than the US average for lens playtime. In addition, fans were eager to share the experience - average share rate for the Lens was 125% higher than the US average.

That’s the power of imagination and technology: To turn the familiar into something new, extraordinary... and strange.

Video for Strange Things at the Ballpark 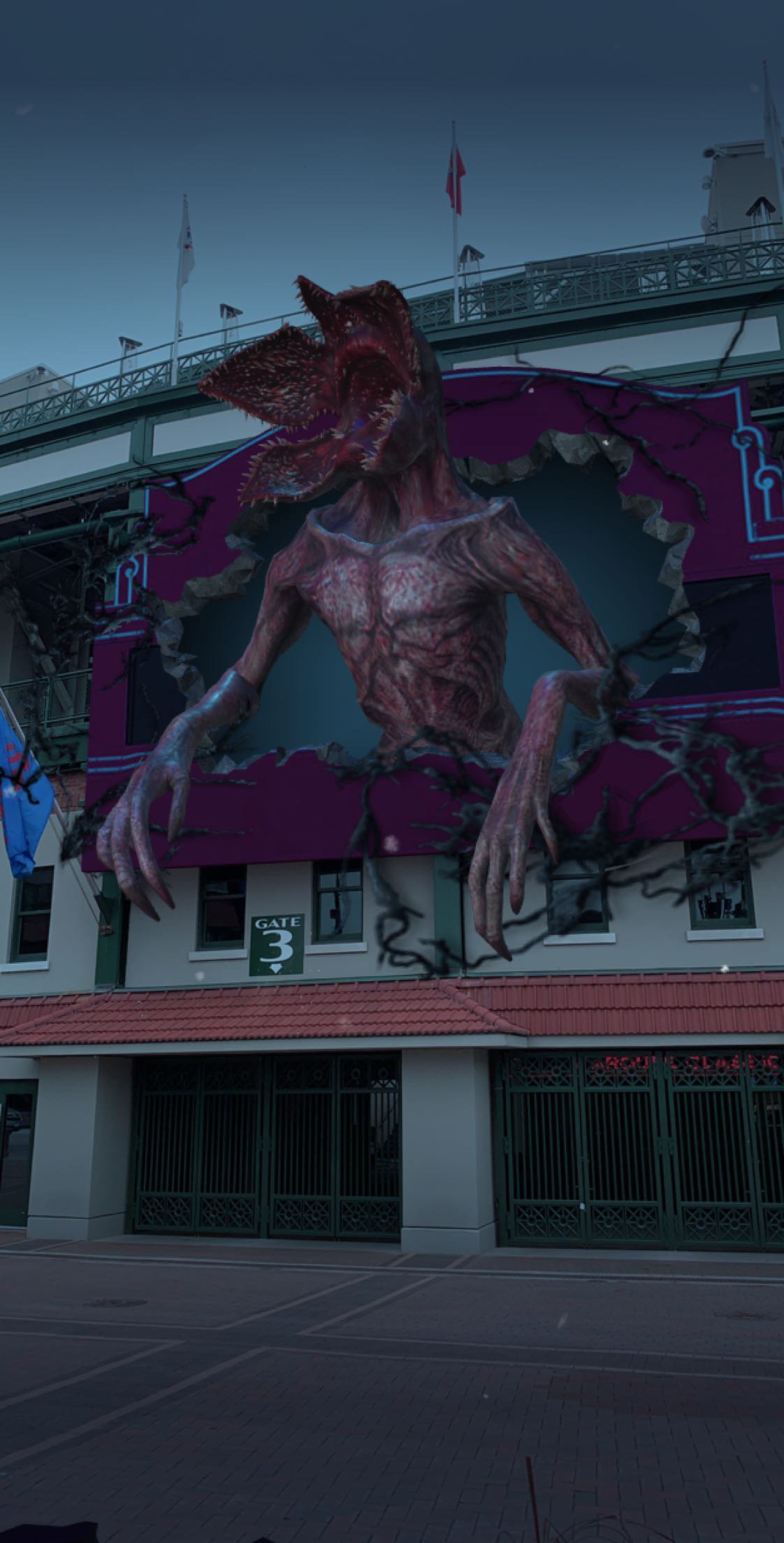 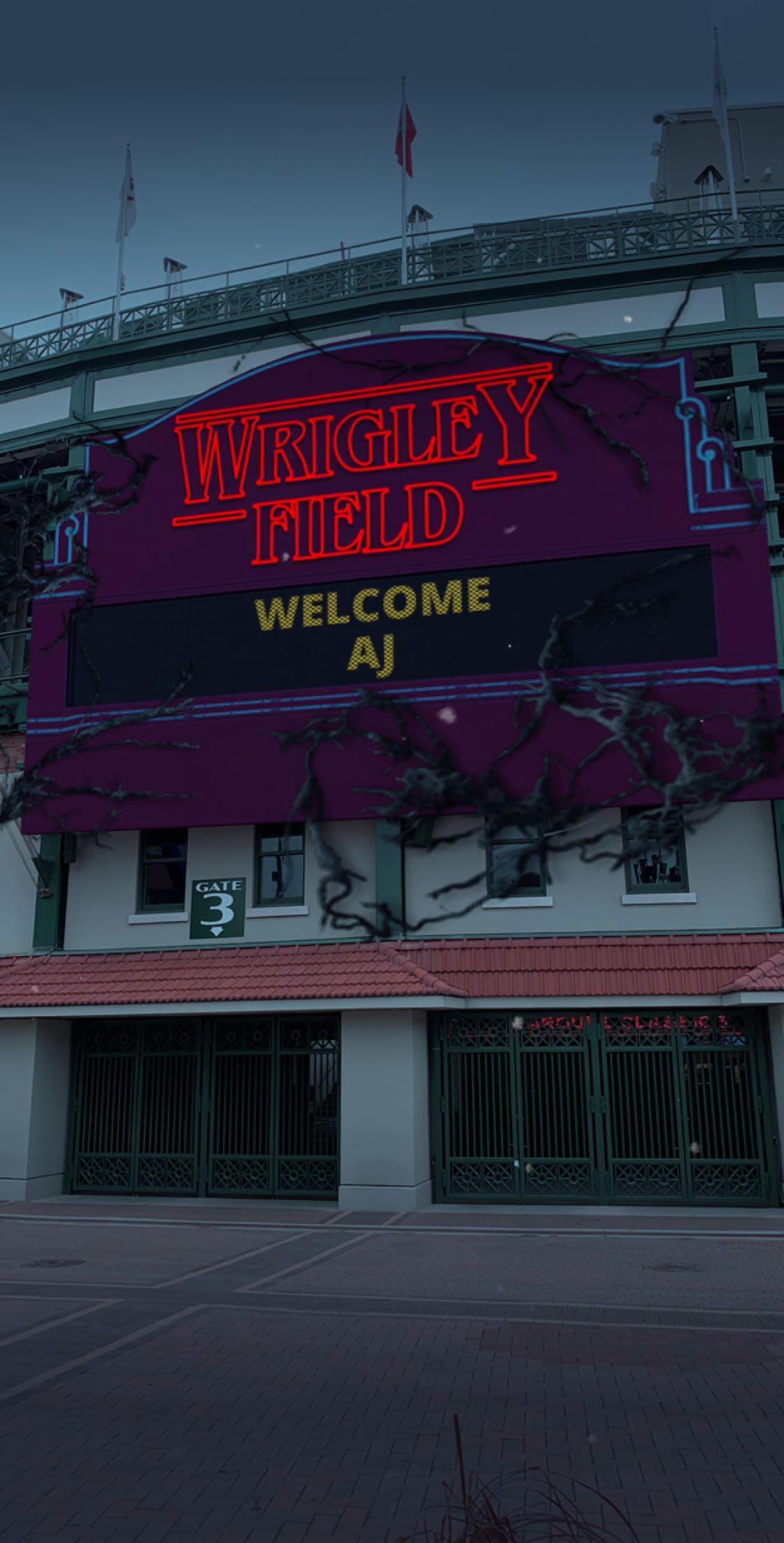 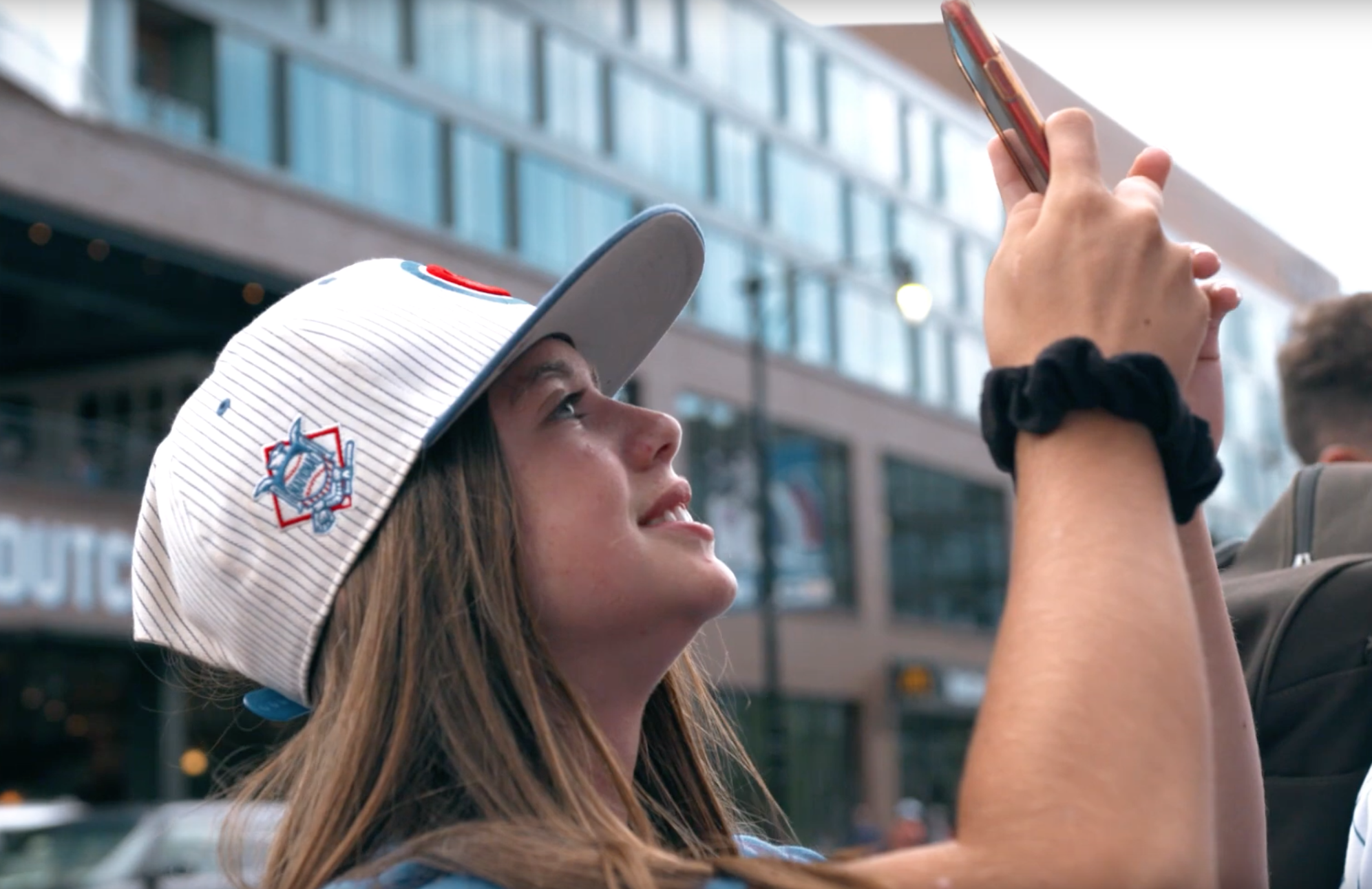