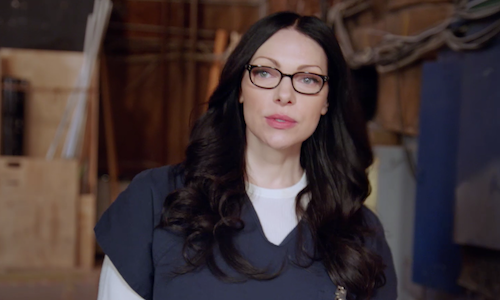 After seven seasons, Orange is the New Black was coming to its end and Netflix needed the perfect way to announce the final date of release.

Our cinematic date announce piece brought fans behind the scenes of the series. They love to hang with the OITNB fam, singing an iconic song that they have heard over and over, but never like this. Throughout the video the fans followed various talent, creators, writers, and crew that have worked on the series from the beginning, around set as they are in the midst of preparing, getting a snack at craft services, in a director’s chair practicing their lines, getting their makeup done in their dressing room, or just dancing through the halls. But one thing unifies the entire team: a single Orange Anthem—Regina Spektor's “You’ve Got Time.”

This iconic song is what started it all from the first seconds of season’s 1 release to now, but had never been used in any past season’s marketing. As all of the Orange team sings the song, it builds into a final crescendo, ending with our two main cast walking onto set to film their final scene arm-in-arm. The piece announced the final date while pulling at the heartstrings of fans from around the world, proving that the show will live on and all fans will be Orange Forever.

With over 29.4M in reach, 60M impressions, 1.5M engagements, and 22.2M video views our S7 date announce was even more successful than years past and the outcry of emotions from fans, influencers, and press generated a huge wave of buzz that lasted well throughout the entirety of our campaign.

Video for Orange is the New Black - Orange Anthem