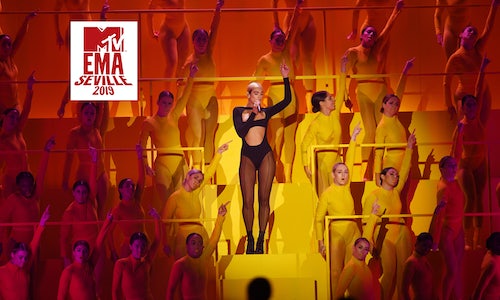 The MTV EMA is one of the biggest global music events of the year, celebrating the hottest artists from around the world. Broadcasted live in 180 countries, the 2019 show took place in Seville, Spain.

For our social 2019 EMA gameplan, we aimed to engage our international audience on their native social habitats through the use of talent-heavy, platform-specific and exclusive content- all localized in multiple languages--in the lead up, during and post broadcast. The goals of this year’s show were simple: drive as many video views as possible, create international awareness around the show, and launch on new platforms to engage with fans in an exciting way.

Leading up to the event, we engaged our international audience and drove awareness around the show:

During the show we kept fans engaged through real time exclusive coverage:

Post show, we continued our coverage to give our eager fans all the content they’d been waiting for: