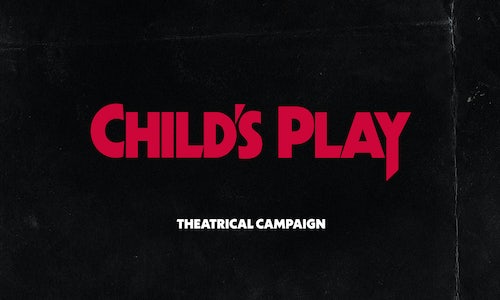 In 2019, Orion Pictures asked for our help in resurrecting the iconic horror film, Child’s Play.

We were tasked with driving interest and awareness of the film’s theatrical release, with a particular focus on enticing modern audiences for the revival of the 1980s cult classic. But how does one go about capturing the attention of overstimulated young horror fans in a modern world?

To resurrect the film, we decided to use Chucky’s mischievous personality and let the evil doll loose on the Internet.

Our strategy: Use Chucky’s mischievous personality to our advantage. How? By letting the evil doll loose on the internet.

To begin, we wanted to make an unexpected splash, so we started on a network where the most jolting surprise users are accustomed to is a distasteful color clash: Pinterest. We disrupted their experience by placing seemingly normal pins on their feed... that is, until Chucky slashed his way through the ads, startling Pinterest users in an unforgettable way.

Next, we took Chucky’s mischief a step further by developing the first ever branded Reddit bot, allowing horror fans to interact and play with Chucky themselves. Programmed with over 600 custom responses, you could chat with Chucky, ask him to draw you a picture, tell you a joke, or even play a series of creepy games.

After getting word of Child’s Play out on Pinterest and Reddit, we needed to continue driving awareness of the film in a big way. To do so, we made a total of 100 videos that were syndicated across social, digital, and broadcast TV.

The Reddit bot killed it; it was deemed the most engaging ad on Reddit ever, winning 10 Reddit awards and generating over 43,000 comments and counting. In total, we generated more than 18 million impressions.

And, our top-performing spot slashed up the competition, out-performing overall and testing at a 4.5% share rate.

Ultimately, we were given a task by Orion, and we executed. The campaign proved that Chucky still has an edge that modern audiences die for. 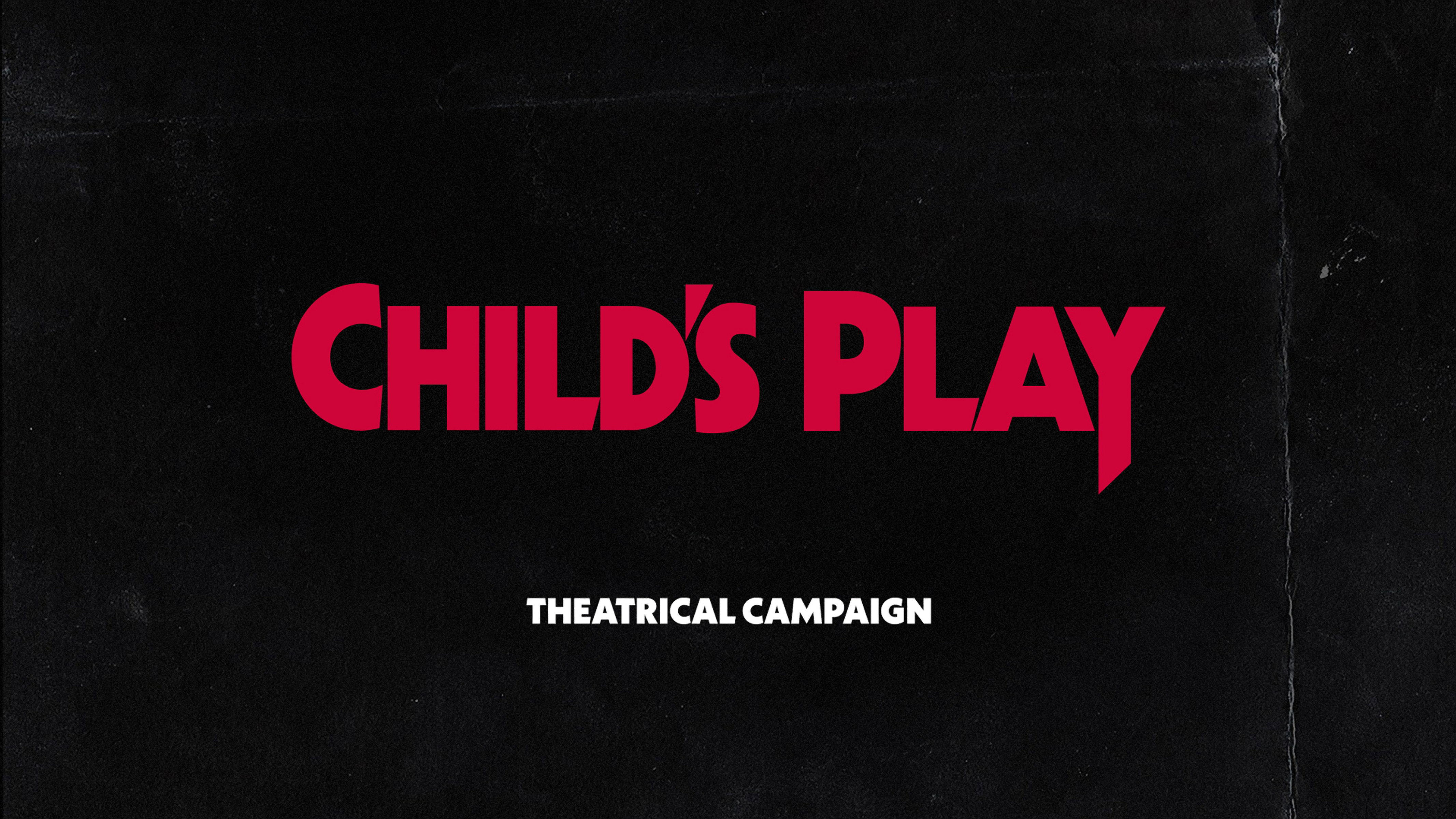 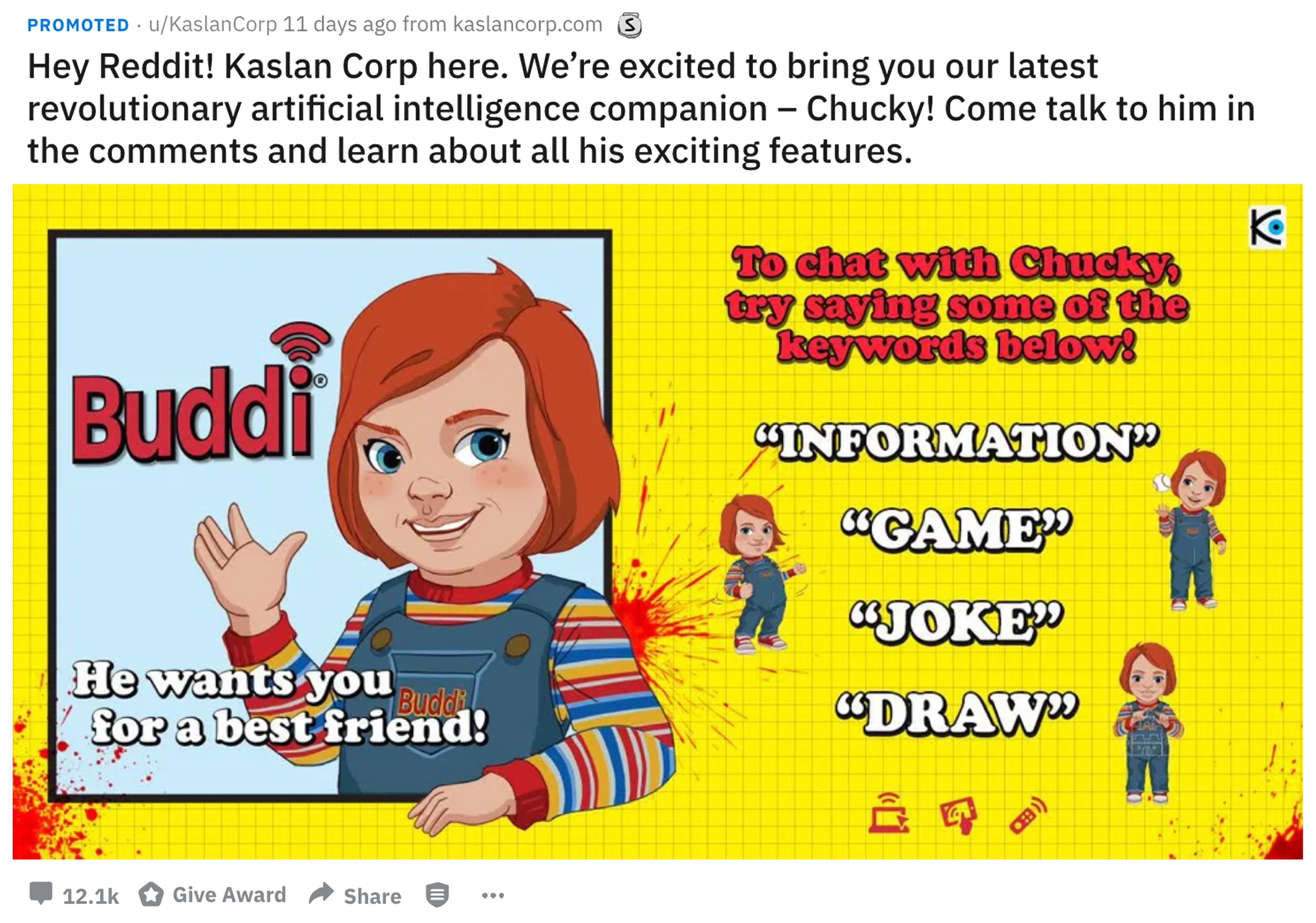 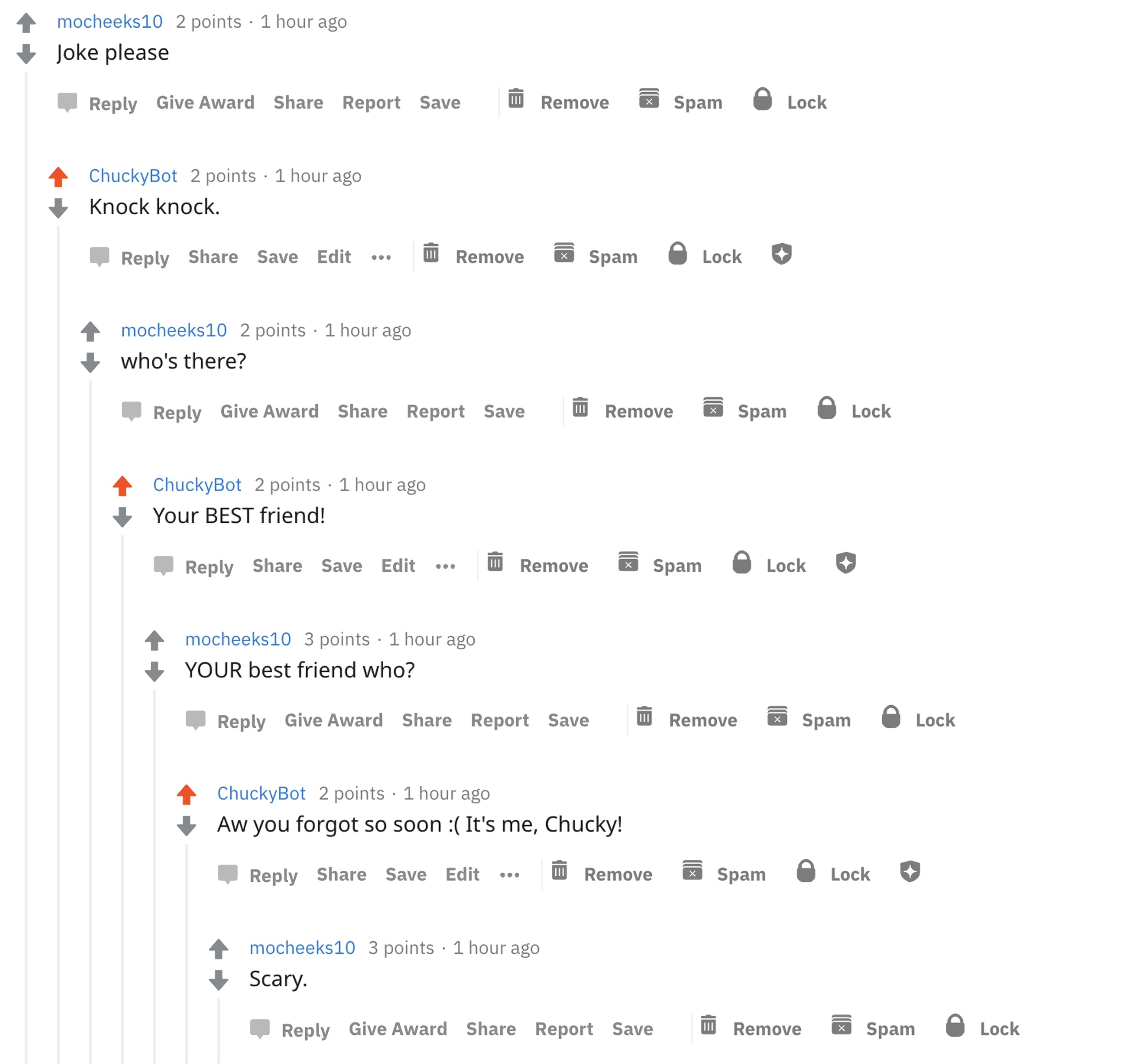 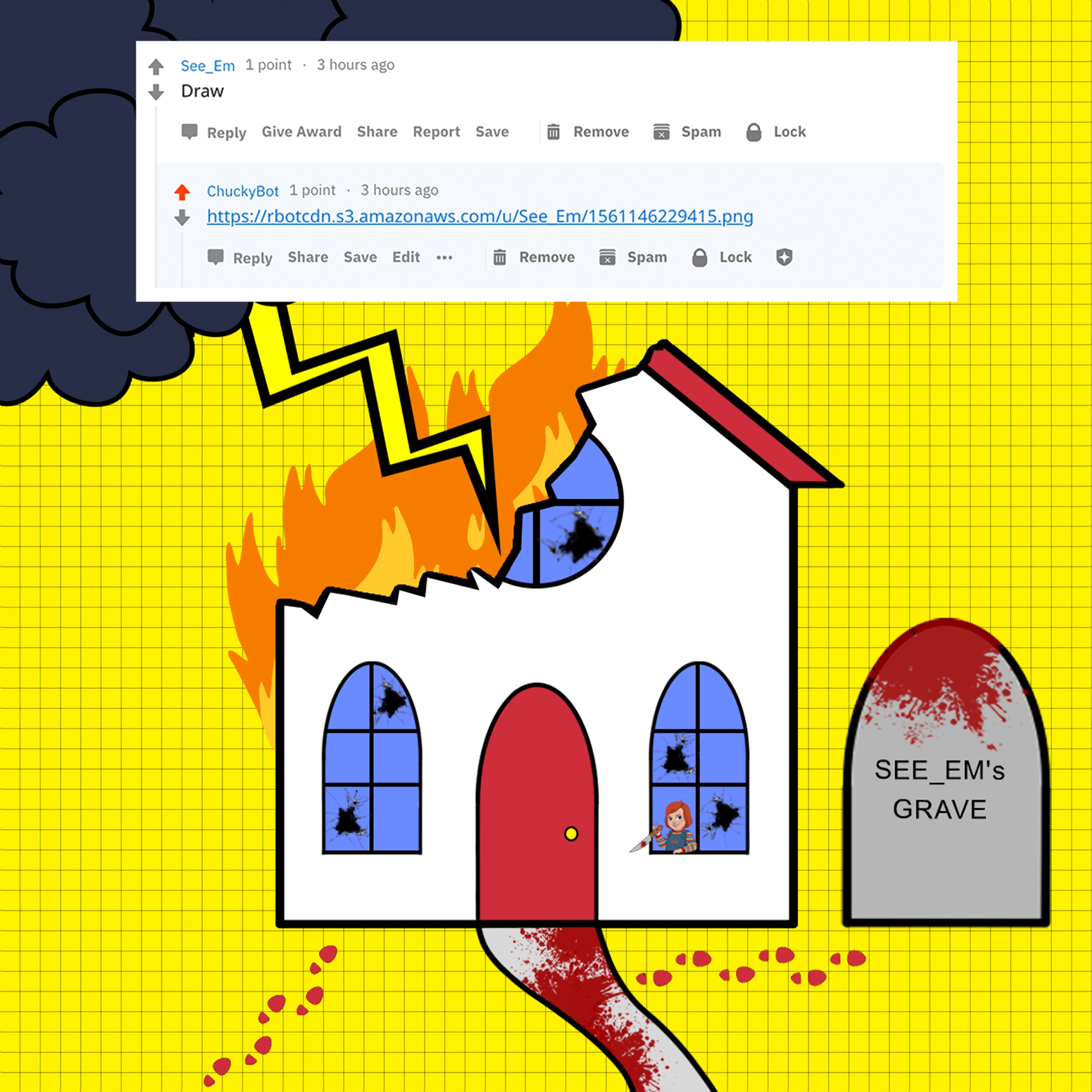 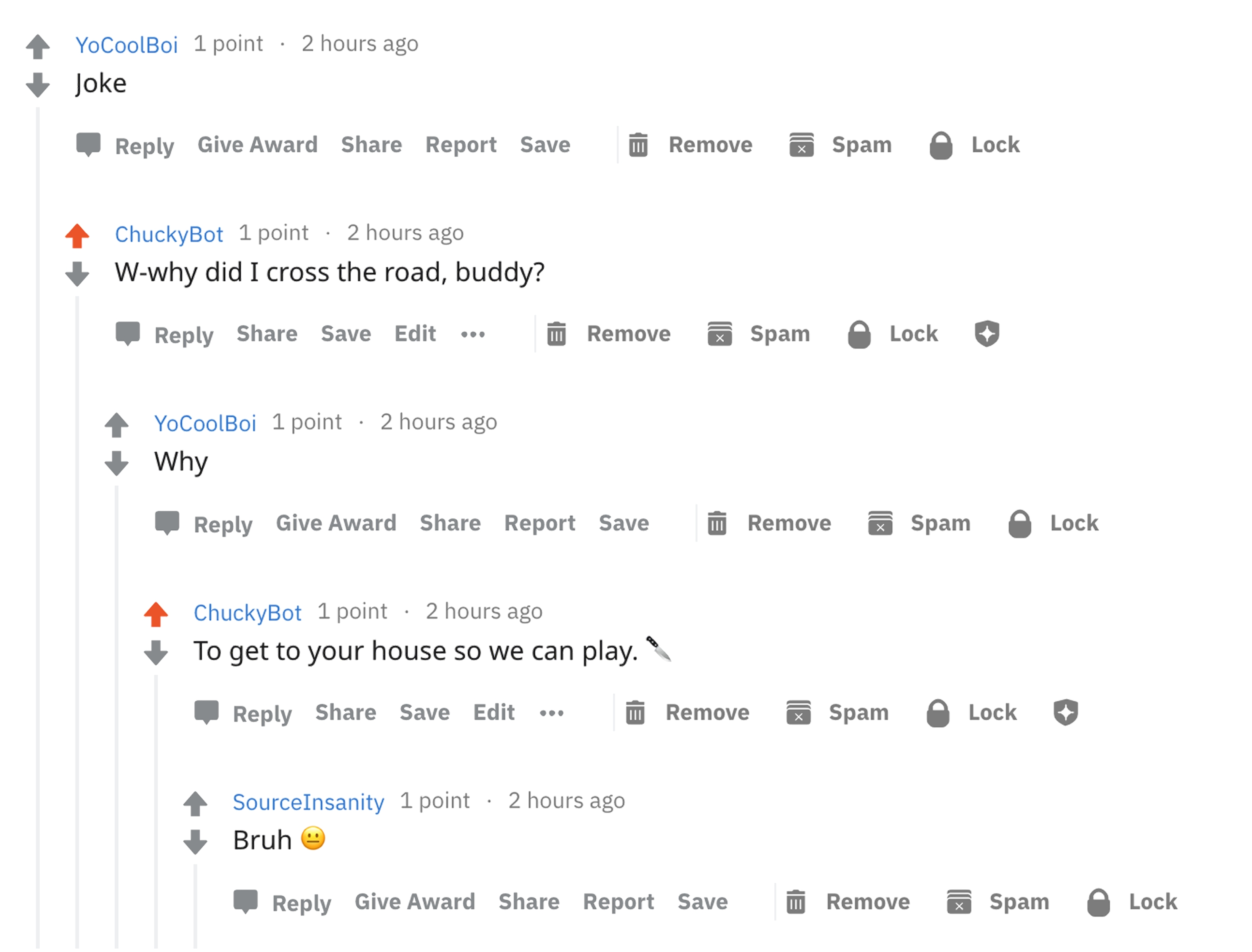