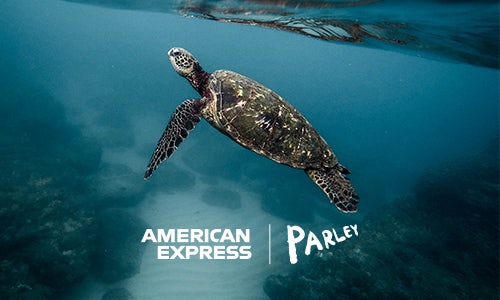 As part of its company-wide initiative to implement more sustainable and environmentally friendly practices, American Express launched a global call to action to rally its community to combat marine plastic pollution.

- Avoid plastic use wherever possible

- Redesign the material itself wherever possible to cut down on plastics that contribute to marine pollution American Express prioritized engaging American Express Card Members, partners and employees through social media, as well as the media and public at large on the new initiatives.

On social, it was important to get people talking positively about American Express and its commitment to the problem that is critically important to us all – marine plastic pollution. This conversation would help us reach the brand goal of cleaning up 1M pounds of plastic from our coasts.

Our strategy was to reach consumers across the globe to drive awareness and impactful action around the issue of marine plastic pollution. American Express’ and Parley’s global social handles were used to share this message, as well as a network of ambassadors that could ease the company into the conversation.

The core call-to-action of the program was for individuals to respond to any one of the participating posts on American Express and Parley’s Instagram accounts with a personal comment about why they #BackOurOceans or tag friends. For each comment, American Express would commit to clean up 2 pounds of marine plastic, up to 1 million pounds, in partnership with Parley.

With a multi-tiered influencer strategy, led by actress and activist Shailene Woodley, we would be able to hit all segments of our key audiences and drive activity on the Instagram posts on the American Express and Parley account. Influencers were strategically grouped to diversify the level of involvement and ensure a mix of follower tiers, verticals, and storytelling formats.

At the top we had our most invested group of four influencer partners, each who shared two to three waves of content of their genuine interest in the cause and encouraging participation on the post on American Express’ Instagram. Our wider influencer universe included 15 influencers, who were tasked with sharing an authentic narrative and encouraging participation in the social call-to-action.

Lead influencer Woodley, a noted environmental activist, was able to lend a genuine voice to the cause on behalf of American Express, and helped secure multiple prominent pieces of media coverage in outlets including InStyle, Extra TV, and Haute Living. Most importantly, with each post from Woodley, or the three supporting celebrity influencer partners - actor and activist Ian Somerhalder, surfer Bethany Hamilton, and actress Kate Walsh - we saw a large influx of engagement on the American Express' posts.

The #BackOurOceans campaign delivered more than 550 million impressions and 285k engagements on social media, alongside 42 media placements driving 488 million earned media impressions. The average engagement rate for the celebrity influencer component of the campaign was an impressive 5.79%, well above the industry average of 1.97%.

To further support the movement, partner brands got involved and posted on their own social channels such as One Hotels, Adidas, and Delta.

- Conversation around the #BackOurOceans campaign was nearly 100% positive.

- Overall influencer social media post performance generated an average engagement rate for the campaign of 4.9%, well above the industry average of 1.97% and above the American Express benchmark of 2-3%. 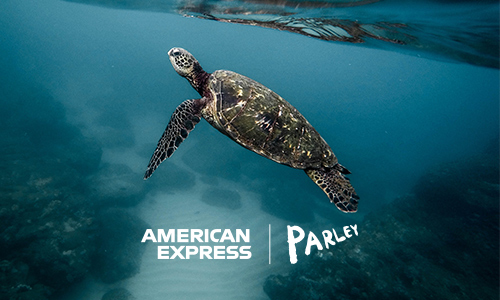 Day One Agency, American Express, Parley for the Oceans