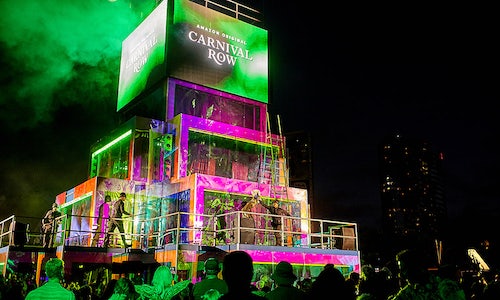 Finalist in Entertainment, Creative use of Technology, Location-Based Experience

For the 50th anniversary of San Diego Comic Con, Amazon Prime Video wanted to show audiences of the world’s biggest pop culture and entertainment event the breadth and depth of their content offering. Most people think of Amazon as an online retailer,  so Comic Con was the perfect audience to tout the company’s prowess in creativity and storytelling. Our canvas was a 60,000 square-foot parking lot across the street from the convention center, and the goal was to create a customer-focused and throughput-maximizing experience promoting three upcoming Amazon Original series: The Expanse, The Boys and Carnival Row.

To introduce fans to the first season of The Boys, we recreated one of the most jaw-dropping scenes from the pilot episode, staging a smoldering car crash through the wall of an electronics shop.  Audiences were dropped into the chaos and instructed to clean up the mess left behind by a crew of superhero-hating vigilantes. The performance stayed true to the grit and edginess of the series and was restricted to audiences over 18.

The Expanse was returning for its fourth season and series creators wanted to give Comic Con goers a first look at new storylines and settings. We designed a 40 x 70-foot plot of extraterrestrial terrain populated by 16-foot tall ancient ruins and simulated sandstorms. The mission-driven immersive experience introduced fans to the new planet Illus, one of the key backdrops of season four.

A 80-foot tall, 4-story tower wrapped in dichroic film was the centerpiece of the activation and could be seen from all corners of downtown San Diego. By day it was activated by live stunt-driven performances. At night it was illuminated by Burning Man-esque dynamic lighting design and atmospheric dj sets.

A hidden comic book shop tucked into a corner of the football field-sized lot surprised fans with signed memorabilia and exclusive experiences. 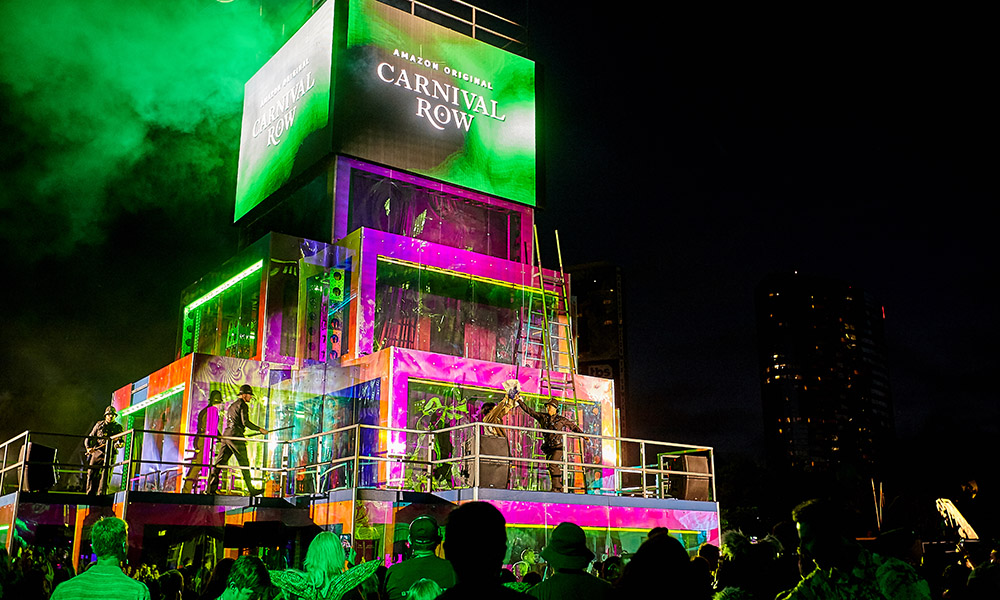