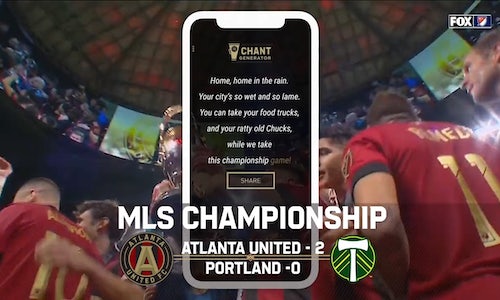 So, to hype this unique melding of two true Atlanta originals, we brought together two of Atlanta United fans' favorite things: yelling and booze.

Introducing the Chant Generator, powered by O4D. It's an app that let fans create their own game day chants to cheer on Atlanta United, or completely humiliate their opponents. Atlanta's "Rowdy and Proud" fans fired up the Chant Generator by simply choosing from optional chant topics and styles (i.e., Atlanta United Rocks!, We have the best fans!, Their City Smells Bad, Insult their Coach) then letting the app "gin-erate" custom chants to match their preferences.

Your team could give us a spark.

You should give a tryout

No goals! No goals!

Your pizza is a casserole!

It's true you can't play soccer

After chowing down poutine.

You call yourselves New York

But you play in New Jersey?

Home, home in the rain.

Your city's so wet and so lame

You can take your food trucks

And your ratty old Chuck's

While we take this Championship game.

New custom choices were available for each matchup, letting fans create chant after original chant, with new chants rolling out each week throughout the playoffs. And fans ate it up, spending an average of 3 ½ minutes on the app.

The Chant Generator kept Old Fourth Distillery on the tips of Atlanta fans' chanting tongues, reinforcing its status as a true Atlanta company run by true fans of Atlanta United. And while it might not have been the main reason Atlanta United won the MLS Championship Cup, it sure made winning it a lot more fun. 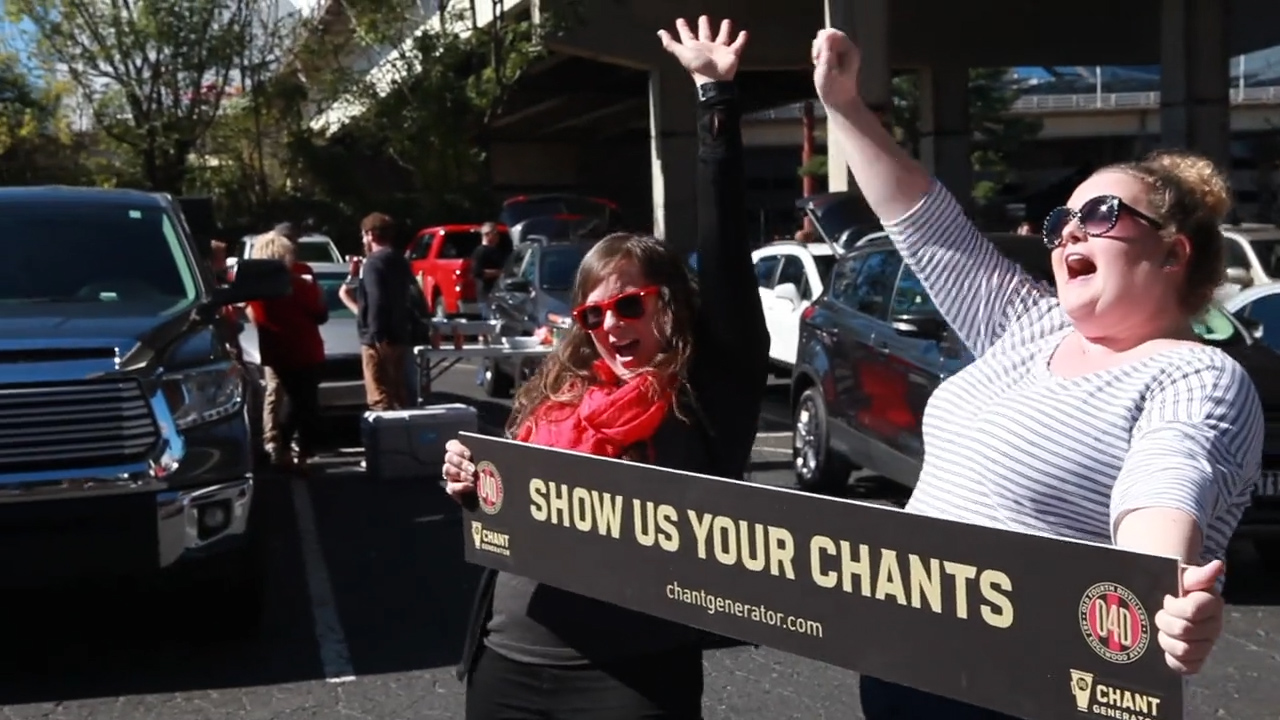 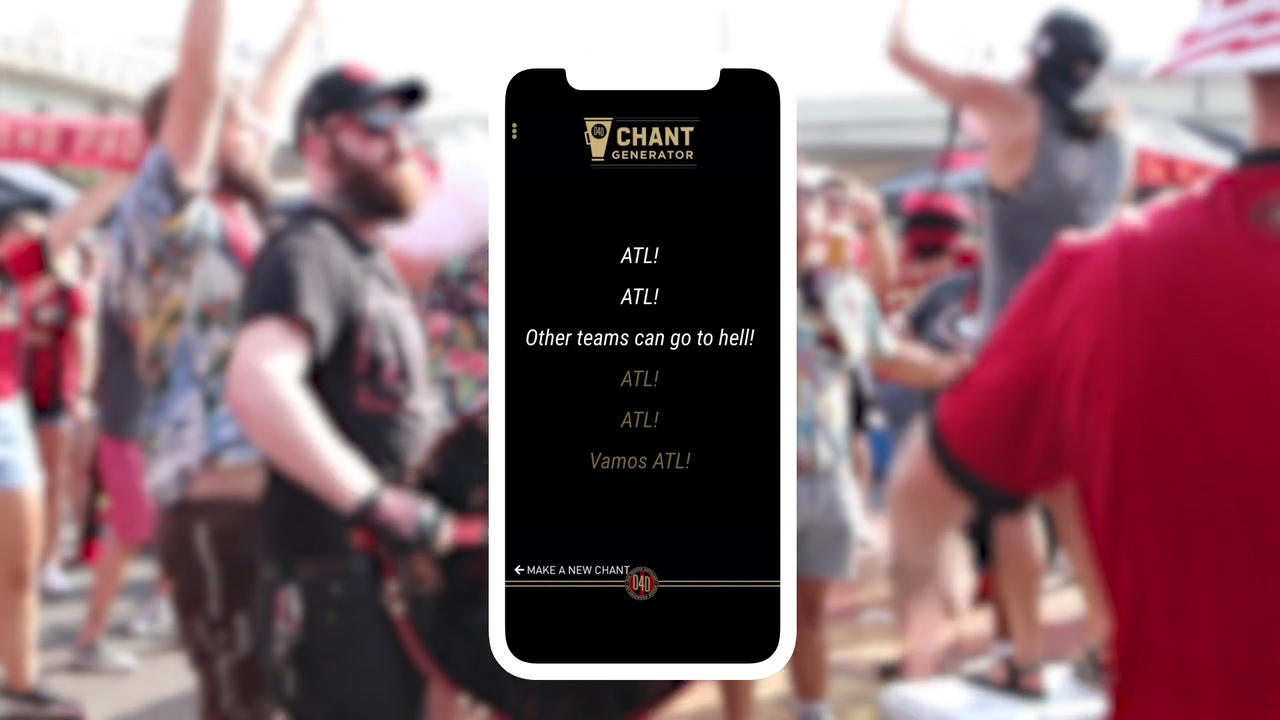 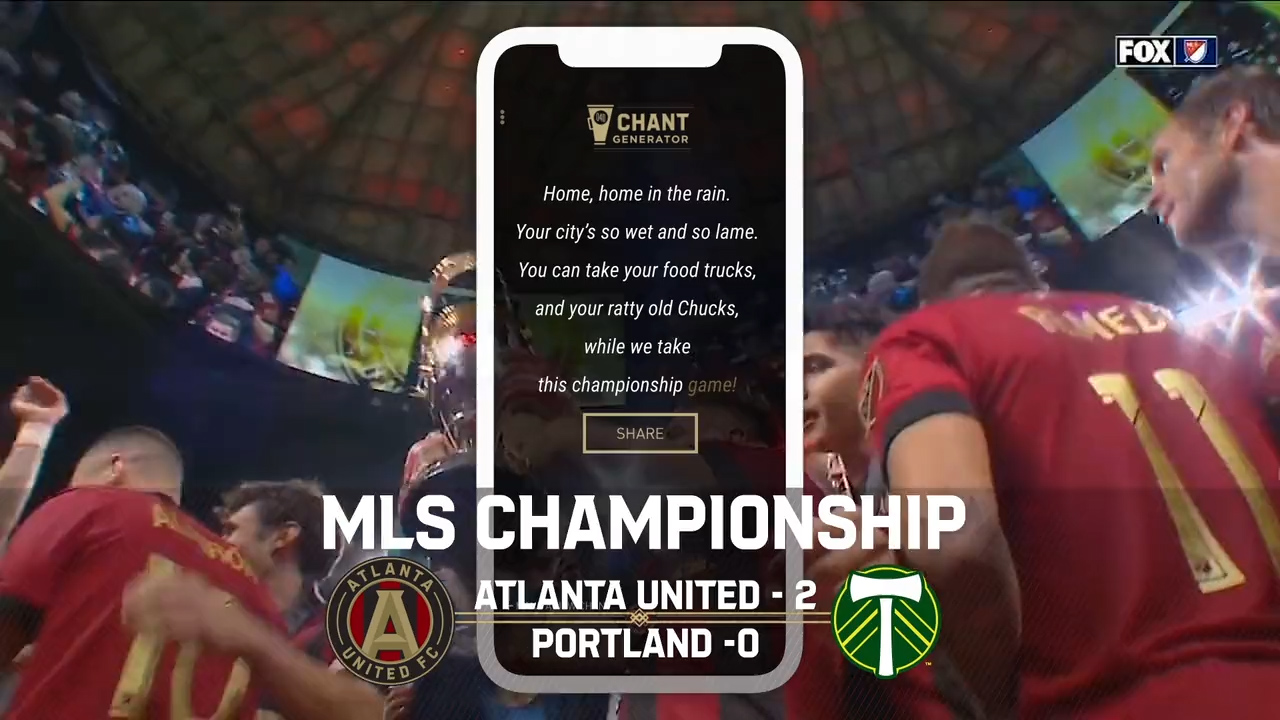