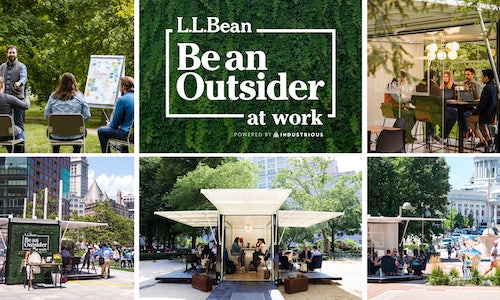 L.L.Bean Be an Outsider at Work

After more than 106 years in business, L.L.Bean was widely known as a fall and winter brand, represented in consumers' minds by the boots and flannel on the pages of its iconic catalogues.

The brand set out to become known as a champion of time spent experiencing the shared joy of the outdoors year-around. As summer approached, L.L.Bean needed a way to earn its way into the media and consumer conversation. But there was no meaningfully positive brand news on the horizon.

Based on L.L.Bean's key drivers of business strength, the following objectives and goals were set:

Social Engagement: Once we gained attention, we wanted people to engage with L.L.Bean's brand platform: "Be an Outsider."

Behavior Change: Demonstrate an increased likelihood for participants to spend time outside and consider the L.L.Bean brand.

They spend 95% of their lives indoors. And 50% of that was at surprisingly stationary desk jobs. In fact, their jobs were the #1 barrier holding them back from spending time outside.

Yet research shows that working outdoors actually makes us better employees. We're 50% more productive, we're 3X as creative, and 92% of people are happier when they work outside.

Be an Outsider at Work was a movement designed to help get more of the outside into people's workdays. We opened the world's first ever outdoor co-working space, provided native social tips to make working outside easy day-to-day, and published a white paper with research proving the benefits of getting outside at work.

Instead of starting by thinking about what L.L.Bean could post next, we thought about what the brand could do next that would be worth people – and the brand – posting about.

Suddenly, L.L.Bean was being heralded on the front page of USA Today (the #1 US newspaper) and quickly changed both the way people viewed work and thought about the brand.

Consumer Engagement: Thanks to over 3,972,000 campaign video views and 86,528 social engagements, L.L.Bean was at the center of conversation.

Behavior Change: People loved the idea of working outside and 91% rated their experience working outdoors as a positive reflection on the L.L.Bean brand.

Press and consumer comments speaks for themselves:

"The next frontier in office space? The outdoors." – The New York Times

"L.L.Bean campaign brings new meaning to out of office." – AdAge

Video for L.L.Bean Be an Outsider at Work 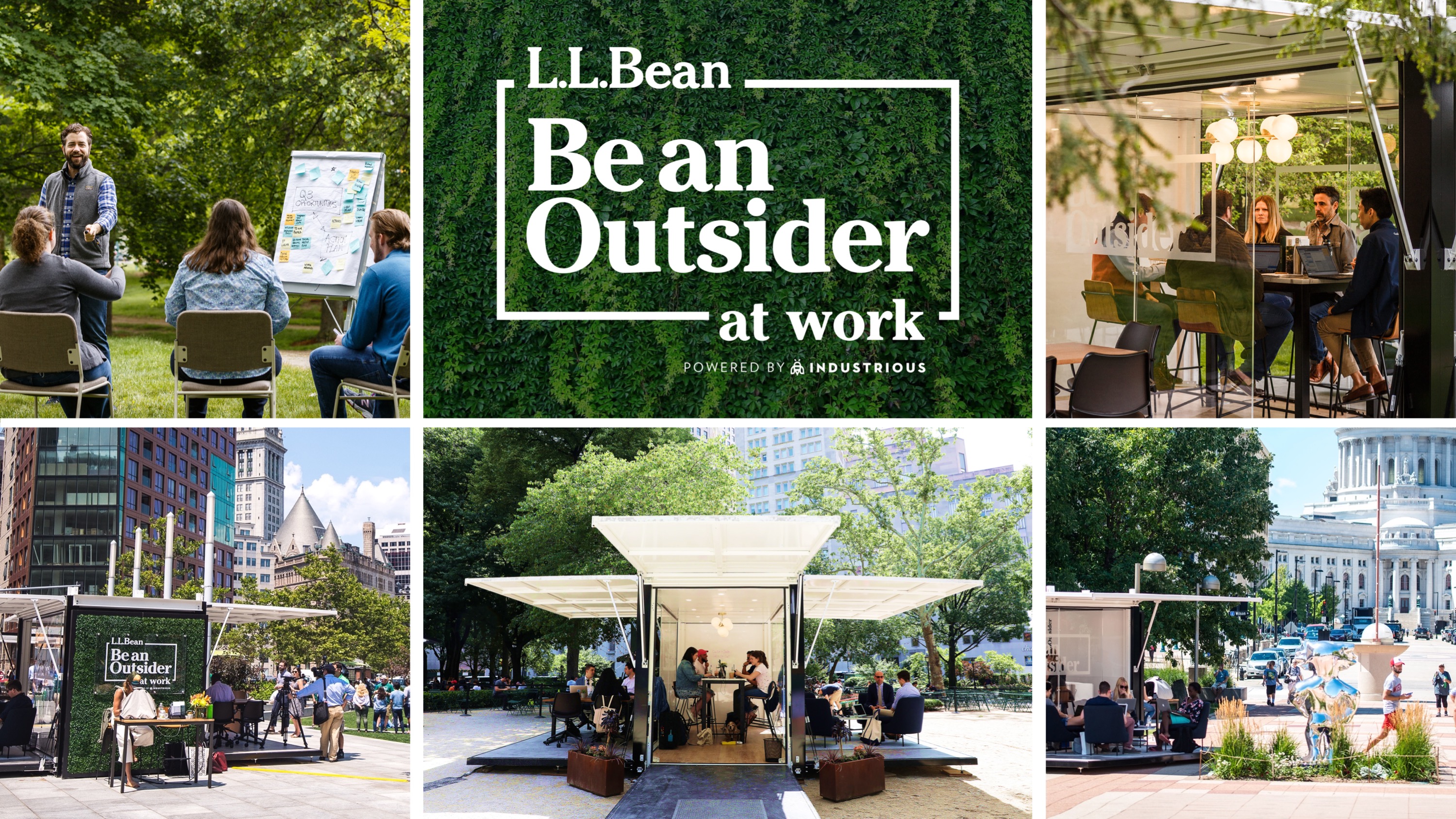 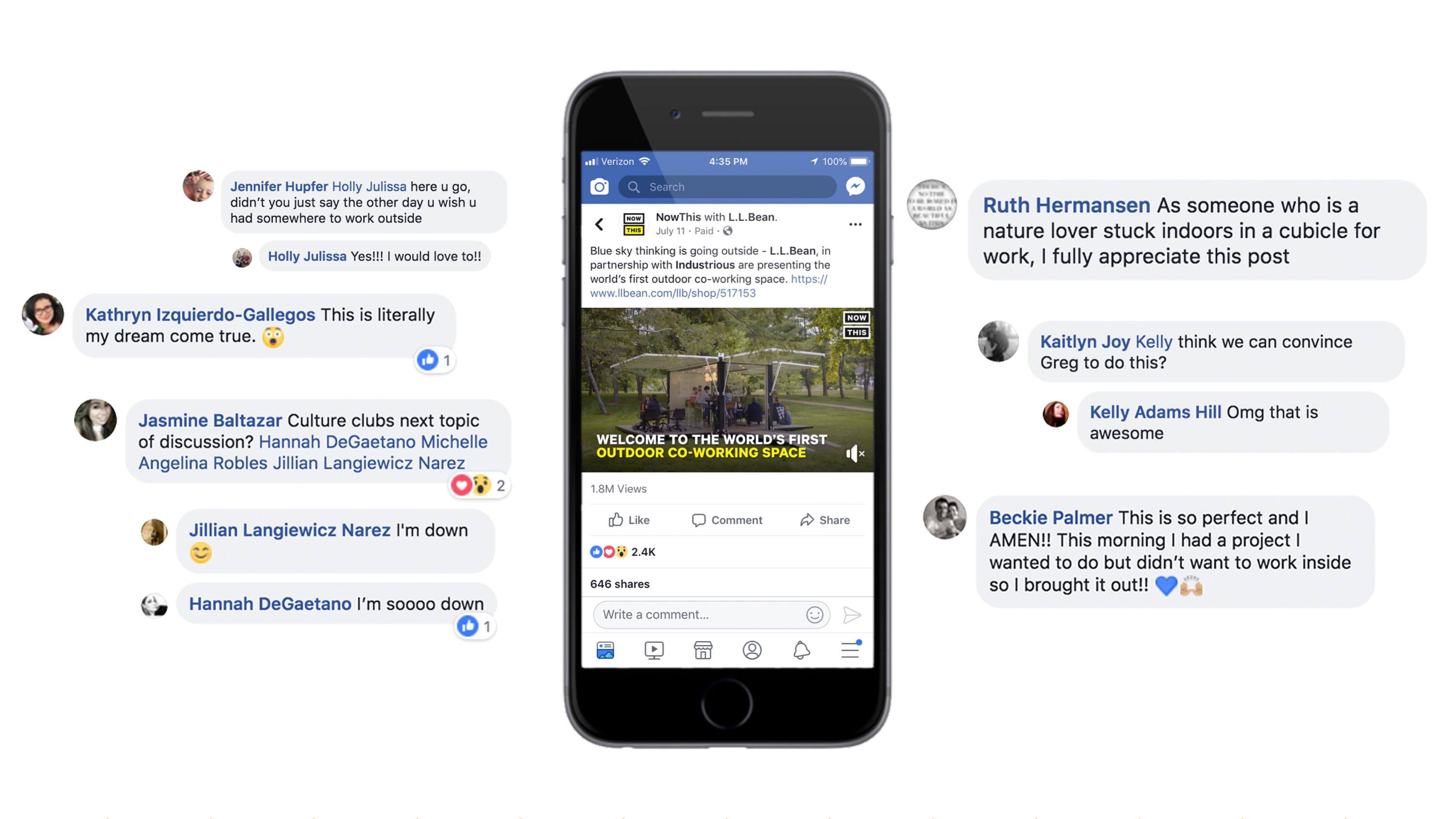 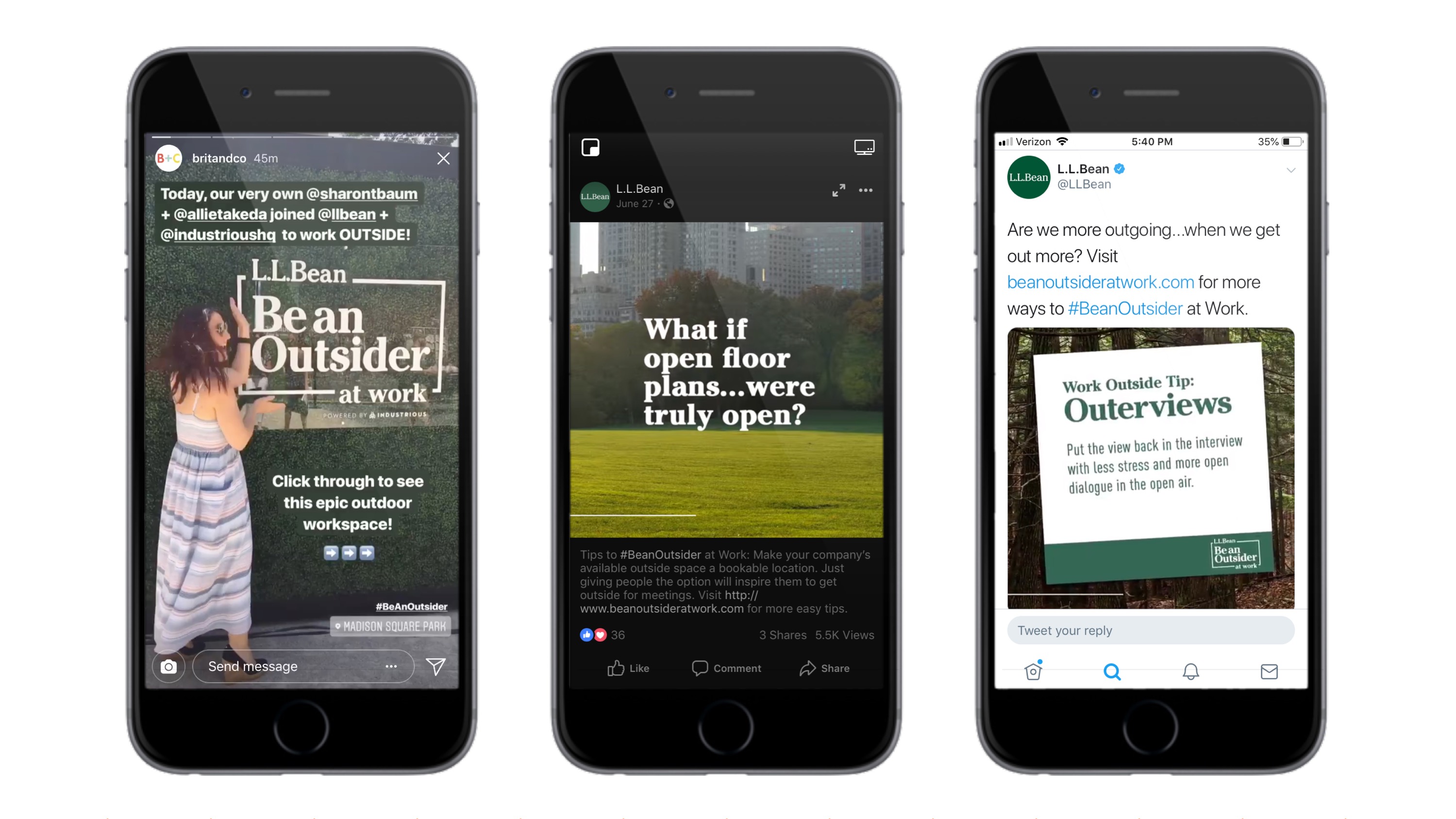 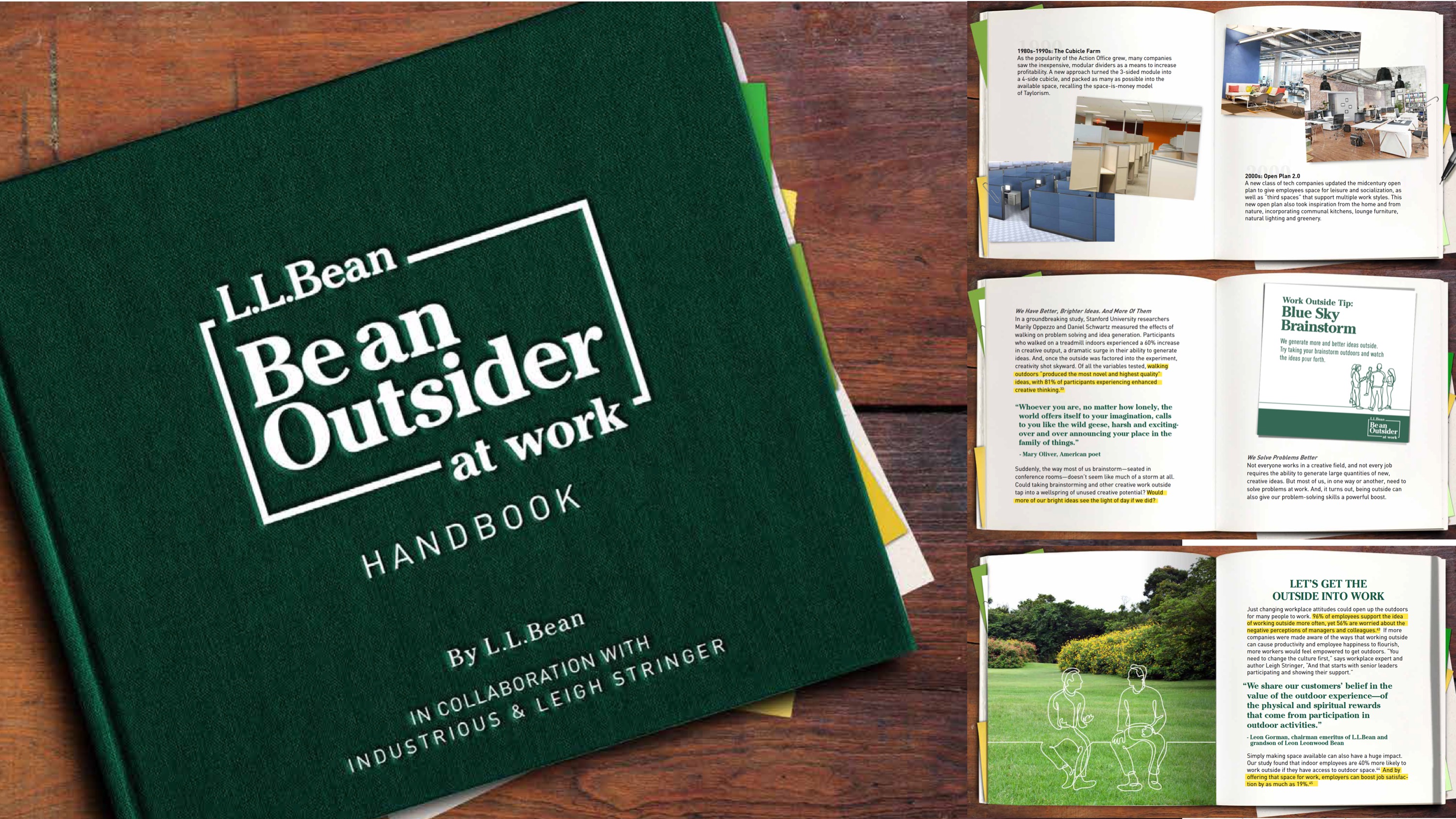 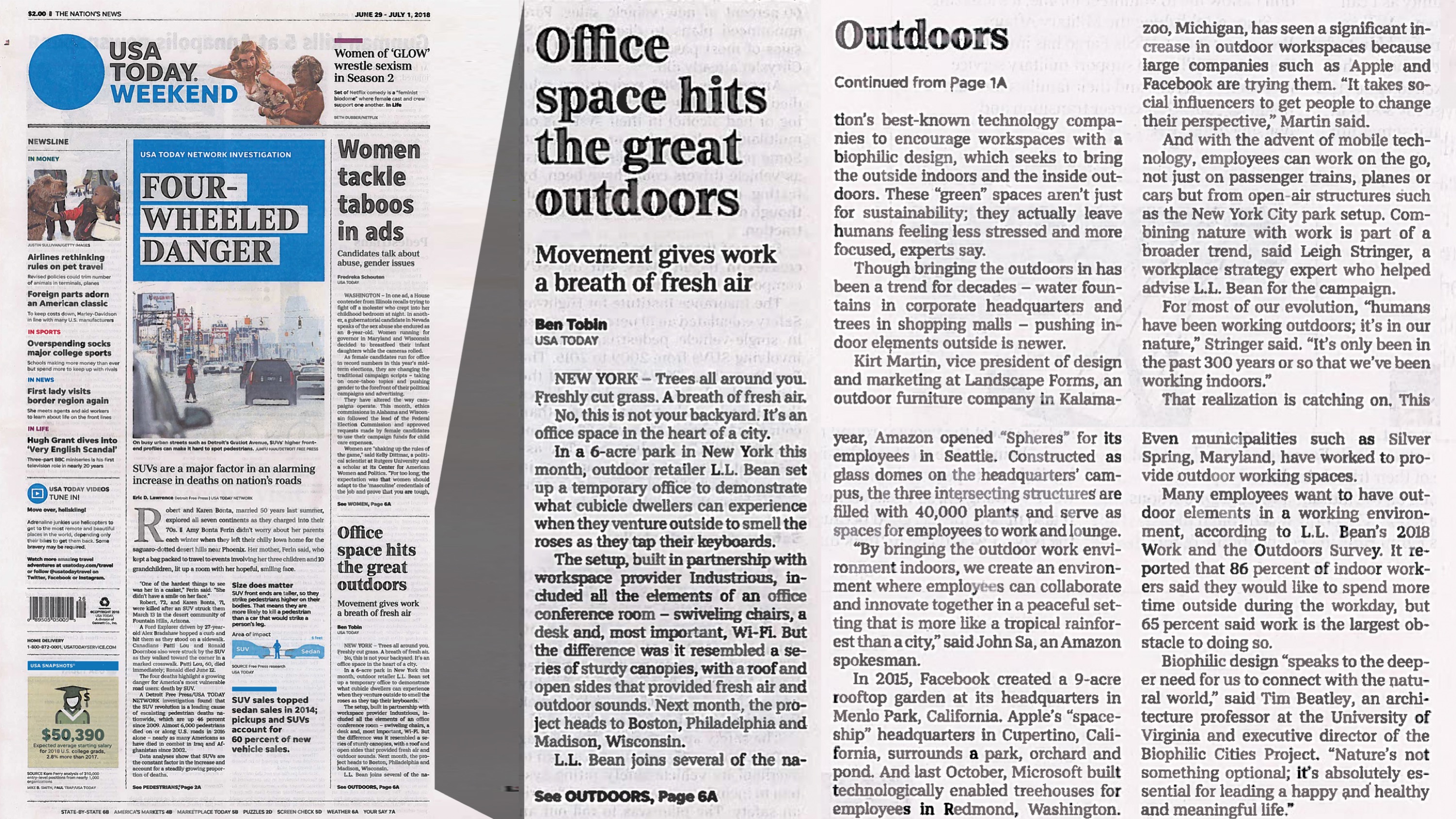