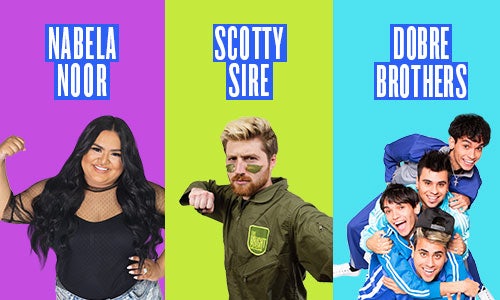 It's easy to see why, for some, the world is feeling like a pretty dark place. With more information available than ever before, it's hard to understand how we as individuals can make a difference.

We wanted to remind young consumers of their power to make a difference by educating and enabling action. All with the help of products and services by AT&T.

Sure, except for the small challenge that even though a whopping 87% of Millennials and Gen Zs believe that all brands should do some sort of social good or charitable work, they are also deeply cynical about brands "using" social good for the wrong reasons.

In order to avoid the pitfalls of being another "brand trying to show it's good," we knew we had to make sure we built the campaign on the audience's terms. It had to be native to the spaces they love, fill a content need they have, and inspire them to act locally

Enter "The Bright Fight," an AT&T Hello Lab original docu-series co-developed with social influencers to light up the internet with positivity, drive real impact, and promote civic action. In "The Bright Fight," influencers Nabela Noor, Scotty Sire, and the Dobre Brothers take a boots on the ground activism meets online clicktivism approach to actively solve problems within the body positivity, environmental protection, and cyberbullying spaces. The most exciting part? Fans get to join "The Bright Fight," do good, and make a difference alongside their favorite creators.

In our audience research, we discovered that there was a strong desire for fun—yet informative—documentaries. Young people wanted to know about the world, but "not have to cry myself to sleep thinking about the future of the homeless polar bears." Additionally, they wanted to be able to impact the issues they were learning about—even if it was just by joining a #movement on Twitter.

With this in mind, we created "The Bright Fight," a creator-led docuseries that is playfully informative and supports a healthy mix of activism and clicktivism that gets people excited to share and do good. The series takes a fresh approach to social good and original entertainment by working with creators that already care about the same causes that not only their fans care about, but that AT&T as an organization also cares about.

"The Bright Fight" was engineered to live on influencer social channels with custom content made for a variety of platforms including YouTube, Instagram, Twitter, and Facebook, but it could also be binged as a standalone series that when stitched together, has the unifying message that anyone, no matter your influence, can take part to make the world a brighter place by taking small steps towards positive change.

Knowing that for young people today, a "series" is defined not by traditional conventions but rather the audience experience, we collaborated with influencers to make custom content experiences for their organic audiences. In season one, each influencer covered three central issues that impact today's youth: body positivity, environmental health, and cyberbullying.

Fun and, at times, even silly, "The Bright Fight" behaved authentically like an Internet movement rather than "branded content." Fans connected directly with the influencers on YouTube and Instagram, asking them questions about the topics at hand, sharing their own stories, and using "The Bright Fight" resources to join the battle for good. For example, the Dobre Brothers, who countered online bullying in a roundtable discussion with a (very surprised) fan and a original song, also created an anti-bullying GIF library for fans to use on social media or when texting.

Finally, we activated in the key local markets of Los Angeles and Chicago with custom events. In Los Angeles, Scotty Sire and his fans bound together to build an interactive monument on the Santa Monica Pier that encourages people to stop using single-use plastic straws, while Nabela Noor joined fans for a discussion on body positivity. Meanwhile in Chicago, fans got to experience a live show from our three creator partners—Scotty Sire, Nabela Noor, and the Dobre Brothers—at the AT&T flagship store. As part of the show, fans were inducted into "The Bright Fight" army and given lots of collateral to help wage their own war on darkness within their communities.

"The Bright Fight" even made it to the centerstage of the world—The United Nations—where Nabela spoke at the UN's "World TV Day," and highlighted her experience working with AT&T Hello Lab.

Our incredible fan comments underscore the positive impact that our social good programming is already making: 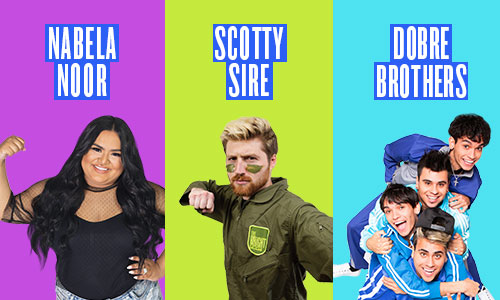