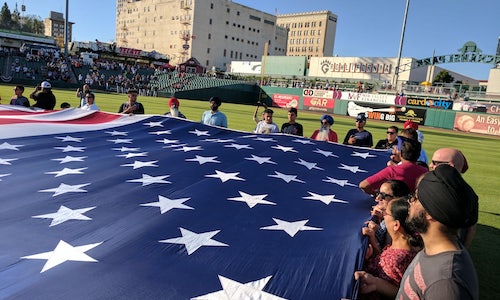 Sikhism is the world's fifth-largest religion, but the 500,000 Sikhs Americans in the United States have long been victims of discrimination because of their physical appearance. The years following the September 11 attacks saw an increase in animosity toward them, with more than 300 instances of documented violence and discrimination.

The tipping point came in 2012, when a white supremacist opened fire in the Oak Creek, Wisconsin Gurdwara. In his path of carnage, six Sikh Americans lost their lives.

Oak Creek was a call to action; something fundamental needed to change to save Sikh lives and reintroduce their community to the nation.

The National Sikh Campaign (NSC) heard the call, publishing a national report in 2015 entitled, "Sikhism in the United States: What Americans Know and Need to Know." The study found that 60 percent of Americans reported knowing "nothing at all" about Sikhism, and only 19 percent believed Sikhs possessed American values. However, when presented with facts about Sikh Americans' beliefs, participants significantly increased their positive feelings toward the religion.

These findings drove NSC to find a team that could turn the tide.

In early 2017, NSC recruited FP1 Strategies to launch We Are Sikhs (WAS), a comprehensive effort to remove stigmas surrounding Sikhism and reshape perceptions of Sikh Americans.

Our purpose? To change the hearts and minds of Americans across the country by presenting the Sikh values of equality, freedom and community service as synonymous with the ideals on which America was founded.

Given the polarizing 2016 election, our campaign fielded an awareness poll in Fresno, California to gauge sentiment toward its Sikh community, as Fresno is home to a large Sikh population with the highest rate of violent hate crimes in recent years. Research indicated that half of Fresno residents reported knowing nothing about Sikhism and only 36 percent of respondents believed Sikhs shared American values.

WAS aimed to change that by educating Americans through Sikhs' stories told with paid and earned media, grassroots events and a highly-targeted digital campaign. Our strategy was to present Sikh values and how they were consistent with American ideals.

We began by introducing Sikhism on a national scale in April 2017 with a television ad buy on CNN and Fox News, and an aggressive earned media effort that earned more than 500 media hits. We also held meetings with third-party organizations and conducted community events to help residents see their Sikh neighbors in a positive, patriotic light.

This set the stage for a robust digital campaign that included a comprehensive organic strategy and an integrated advertising push.

WAS's social channels were the main drivers of our public engagement, with our Facebook page gaining over 10,000 likes from these efforts. Organic content promoted live events and positive messaging to build a universe of support and understanding among followers. Facebook posts received over 260,000 engagements, and the campaign received notable Twitter mentions from influencers such as CNN contributor David Axelrod, former Obama speechwriter Jon Favreau and Obama Faith Director Melissa Rogers.

We implemented a robust, targeted advertising play on YouTube, Search, Facebook and other video networks, resulting in high ad recall and increased positive sentiment about Sikhism among key audiences, and leveraged a Google AdWords nonprofit grant to extend our budget. The campaign website, WeAreSikhs.org, housed critical messaging and drove engagement, becoming a hub for positive content on Sikhism and Sikh Americans.

Following our national push, WAS targeted Fresno, California to concentrate our efforts in an area that was in dire need of assistance. As we developed an on-the-ground coalition and television advertising play, we also implemented an active organic engagement campaign. We built up a robust echochamber of online advocates ranging from local moms and business owners whose minds were changed by our messages to local press and political influencers, like California Representative Jim Costa. By capitalizing on influencer social media interactions, and through robust email marketing efforts, this echochamber amplified our core ideals – turning our online community of Facebook fans and Twitter followers into trusted validators for our messages.

Importantly, our online advertising campaign helped move the needle in Fresno. This included digital-first video, Facebook canvas ads and ongoing promoted content to boost engagement. Specifically, we made use of the campaign's limited resources by focusing our digital advertising efforts on cordcutters in Fresno who were not seeing traditional television ads, as well as millennials to ensure our most persuadable audiences were being reached.

In total, WAS earned hundreds of media placements and generated an online conversation reaching over 5.5 million Americans.

However, the question remained: did we change public perception of the Sikh community?

Upon completing the Fresno-focused campaign, we conducted another poll of Fresno residents that unequivocally showed WAS moved the needle in a meaningful way, proving our messaging genuinely impacted perceptions.

The share of Fresno community members who claimed no knowledge about Sikhs dropped 12 points in just six weeks.

The share of respondents who associate "equality and respect for all people" with Sikhism increased by nine points.

While the polling spoke volumes, even more powerful were the anecdotes we heard from Fresno Sikh leaders:

The We Are Sikhs effort had been active in Fresno for several weeks when a Sikh convenience store owner noticed a middle-aged woman watching him intently while he worked. Uneasy, he asked the customer if she needed anything.

"Are you Sikh?" the woman asked.

Video for We Are Sikhs 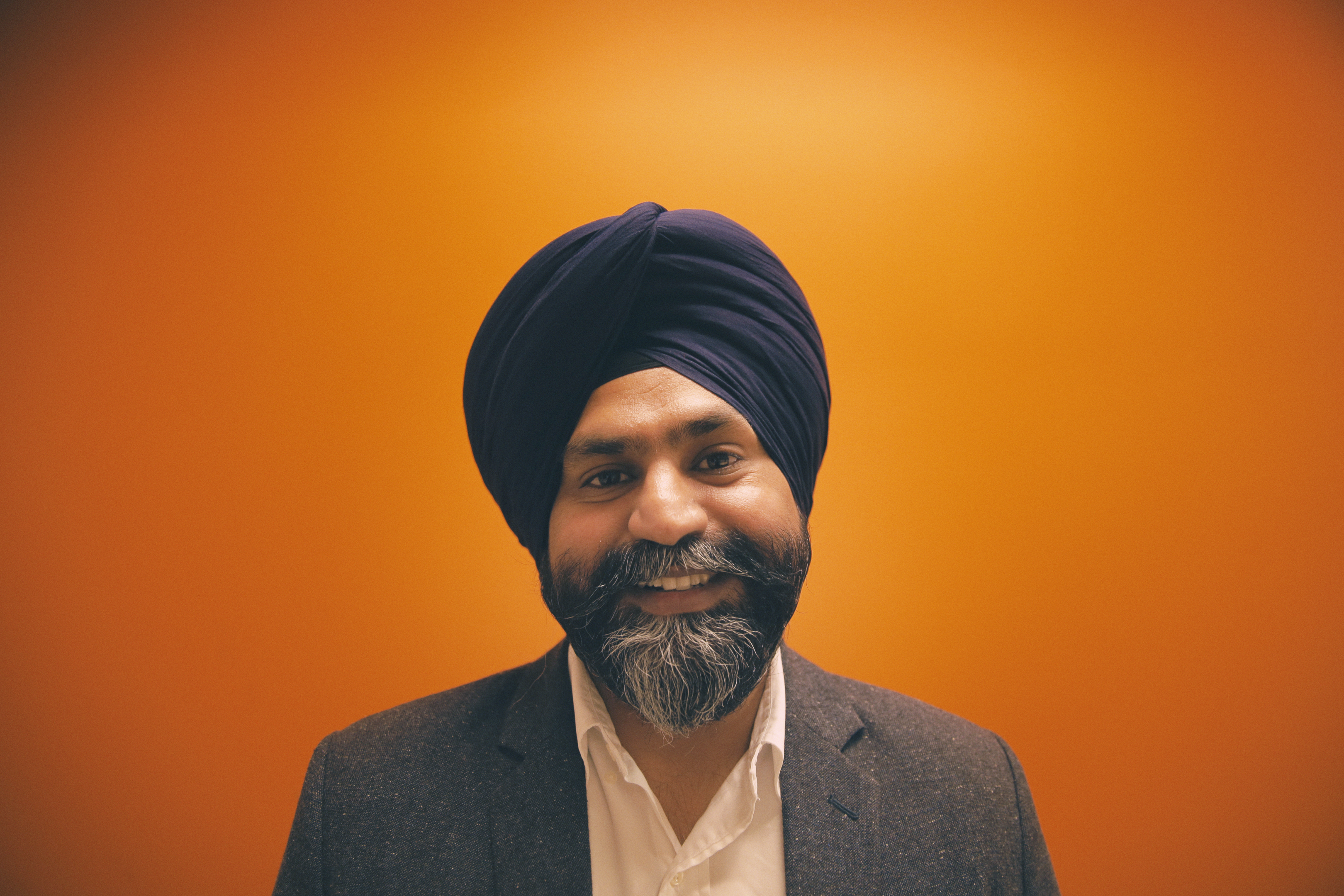 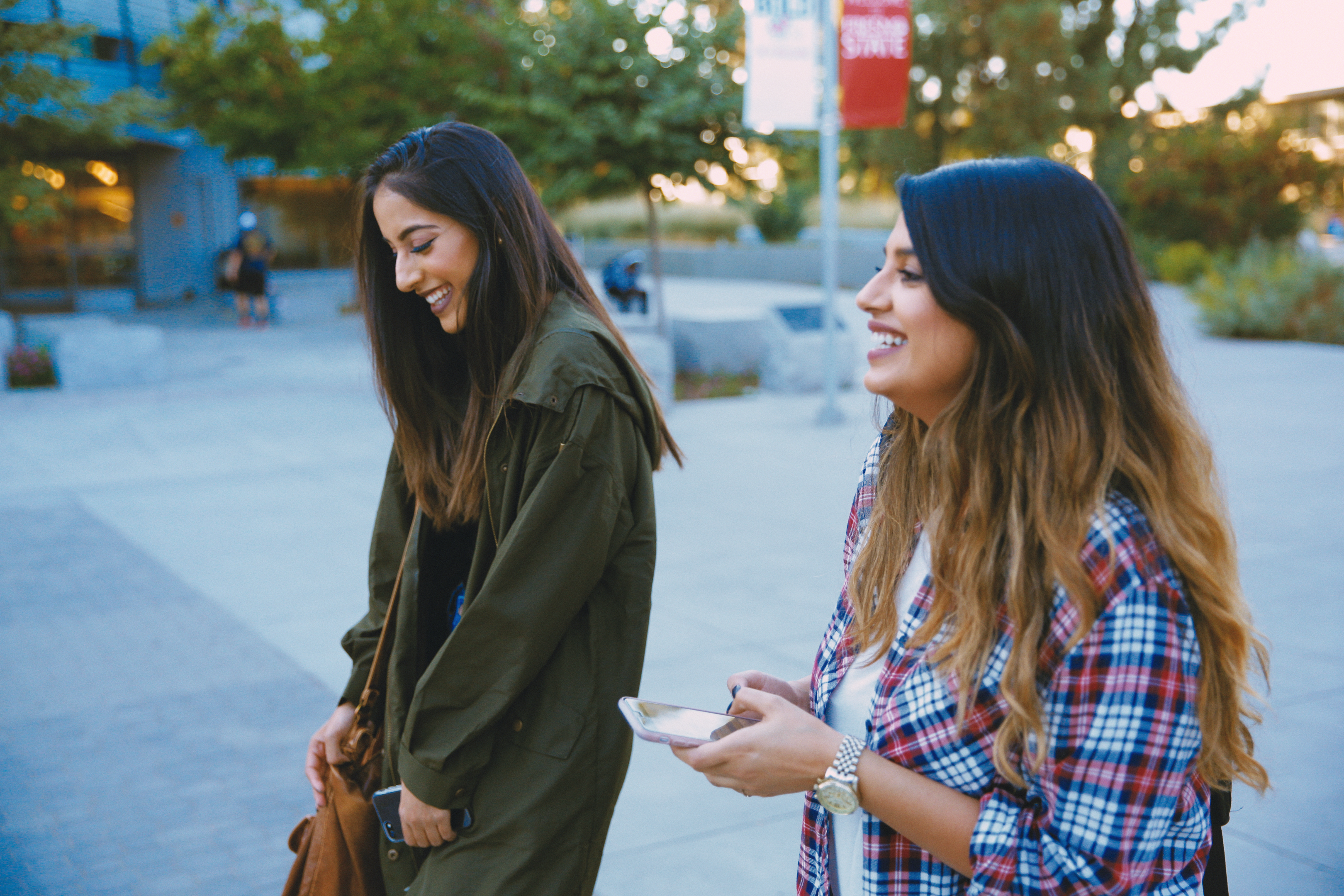 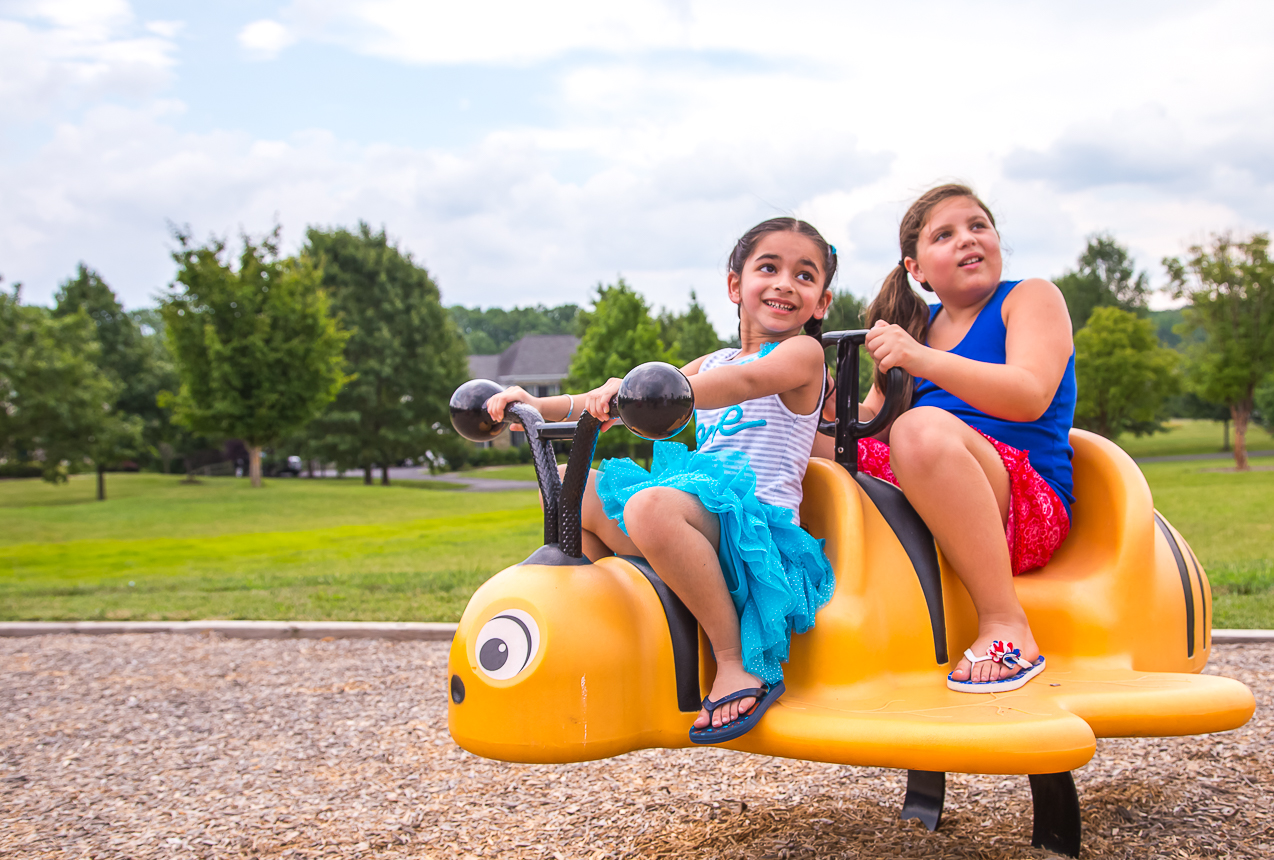 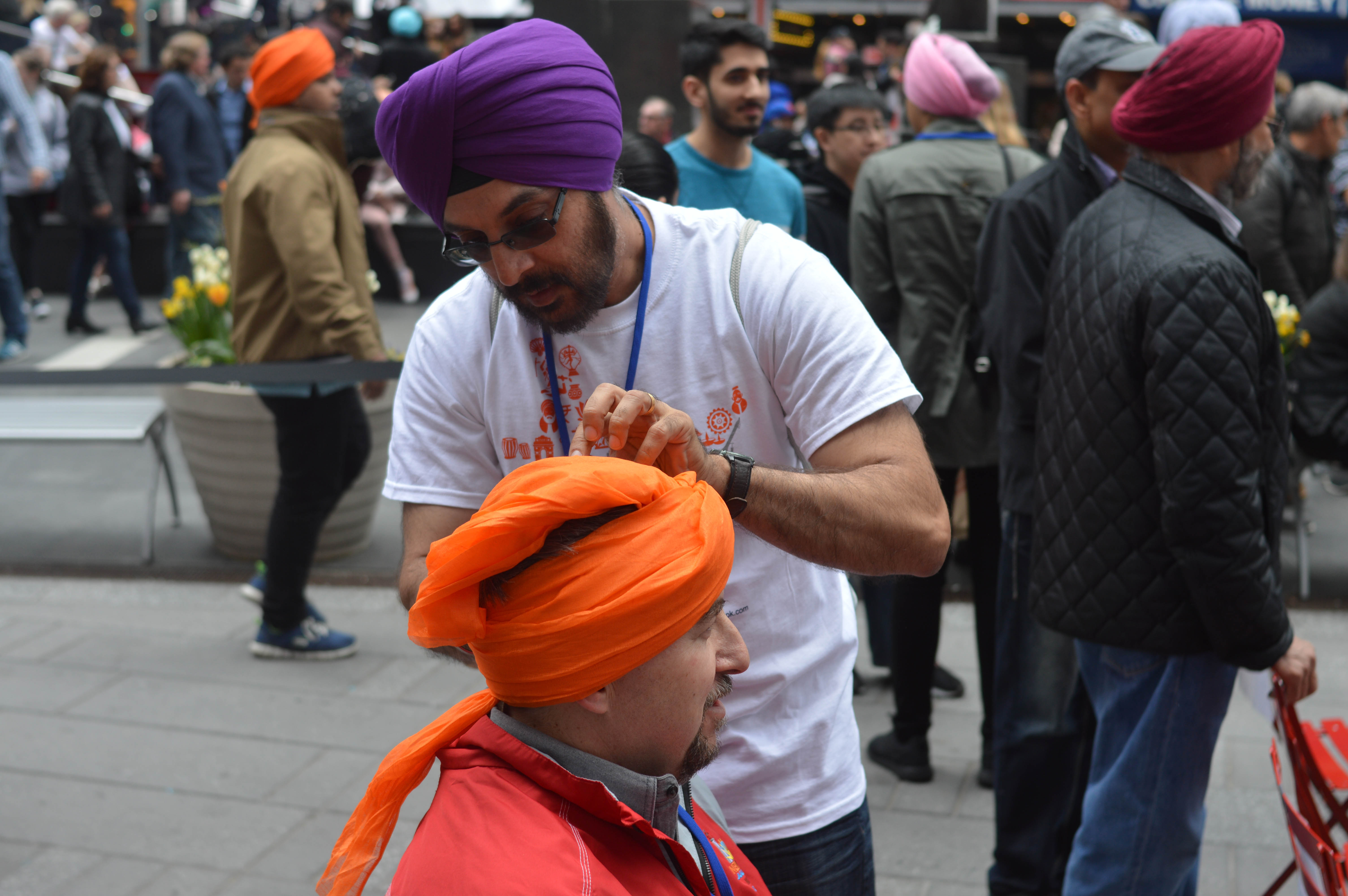 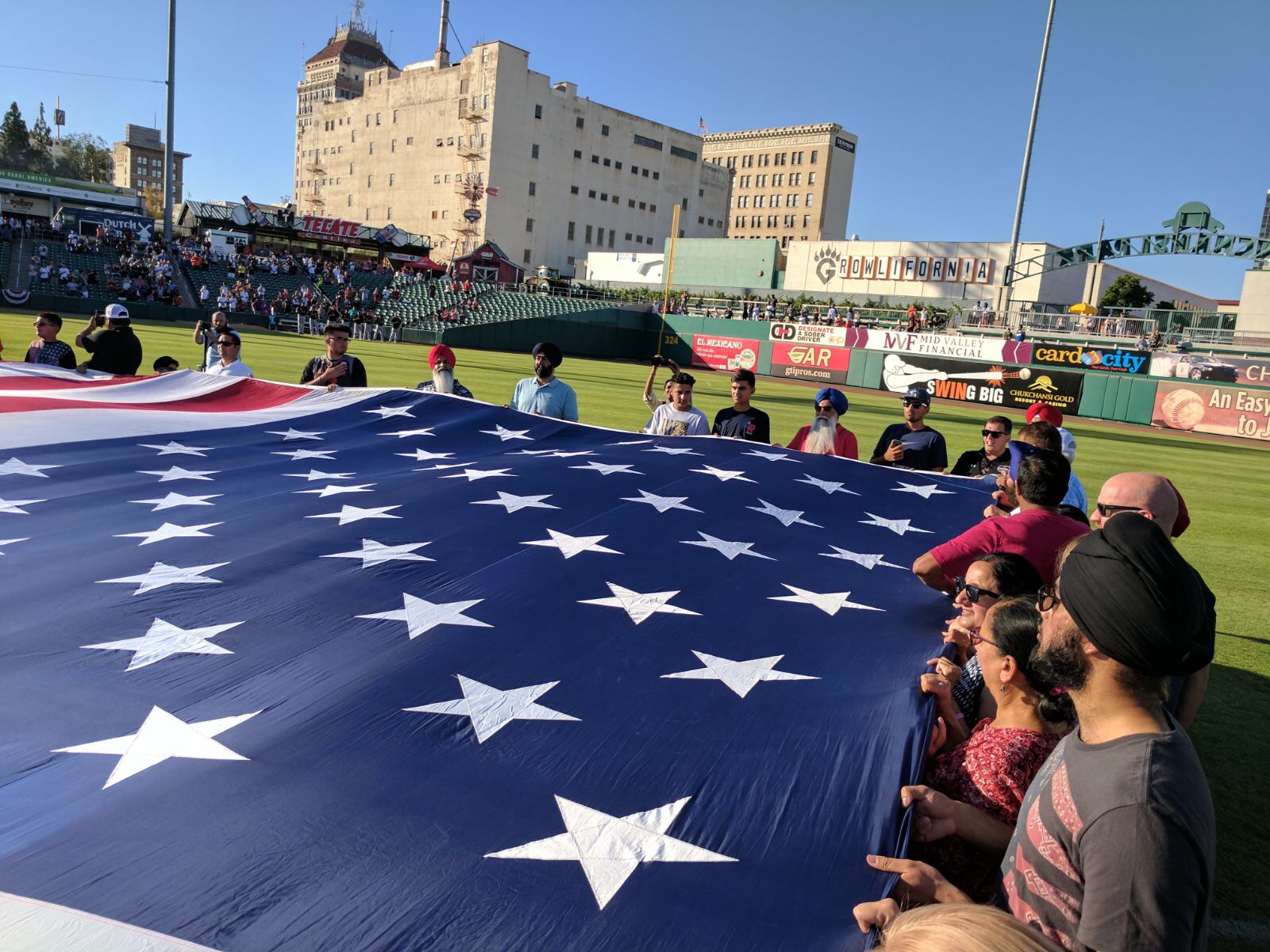