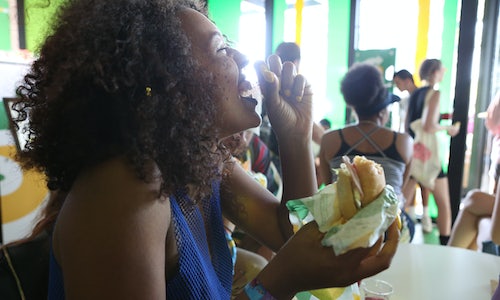 In the summer of 2017, Subway tapped Ruder Finn to shift its appeal to target Millennial and Gen Z demographics as the brand prepared to debut its new Fresh Forward design through their activation, "The Green Room, baked by Subway," at five music festivals across the United States: The Hangout, Governors Ball, Bonnaroo, Firefly, and Outside Lands. We were tasked with reinventing Subway's social media voice while crafting a festival-specific campaign that would explicitly reinforce their presence at music festivals and key messaging around a comprehensive brand revitalization. We created the #SubYAY social media campaign to foster a connection with Millennials and Gen Z-ers around an established passion point (music) and drive positive consumer perception around Subway.

As an integral component of our larger digital campaign, we partnered with influencers to generate creative and authentic social content to drive impressions, positive engagement, and overall reappraisal of the Subway brand. The program consisted of 16 Millennial and Gen Z-facing influencers with significant followings across Facebook, Instagram, Snapchat, and Twitter who posted before, during, and after each festival.

Subway's brand recognition coupled with each influencer's unique POV presented a unique opportunity and challenge for Ruder Finn: to create a program that announced the brand's #SubYAY messaging while seamlessly integrating the influencers' individual lifestyles and personalities in our live and digital activations.

Prior to launching our #SubYAY social campaign, we conducted research into similar influencer campaigns, as well as into brands who have worked in the music festival space in the past, including Dole, H&M, and Tito's. This research allowed us to gain an understanding of both successful and unsuccessful campaign structures in addition to cultivating original content strategy.

Each of these campaigns positioned the influencers as friends of the brand, as opposed to paid spokespeople. This guided our overarching program strategy, and gave us the insight we needed to push the program further: we integrated influencers into key aspects of our live activation, inviting them to interview festival talent and introduce them ahead of their acoustic performances at The Green Room, in addition to hosting giveaways that fell in line with their own unique brand.

We selected influencers with the following criteria in mind:

Our strategy around the influencer program hinged on the co-creation of original content, keeping in mind both the influencer's individual tone, content, and overall aesthetic and Subway's messaging. We partnered with the influencers to post content on their own channels, then cross-promoted select content from Subway's handles. In doing this, we effectively created a matrix of friends of the Subway brand that would appeal to our target demographics in a new and impactful way.

The success of our influencer program was a direct result of our communication program and content strategy:

We successfully leveraged Subway's social following to extend #SubYAY campaign's share of voice and general enthusiasm surrounding The Green Room, and drove positive consumer sentiment, in the online/social community among festival goers and social audiences in the target demographics.

In the three-month lifespan of our digital campaign, we:

We tapped influencers from across the country with significant followings on Twitter and Instagram, with a base potential reach of over 1.8M. Influencers posted 171 pieces of content, driving up to 3.7M impressions and 84.2K engagements. Influencers included:

After the festivals, Adweek named Subway as an exceptional brand on Instagram based specifically on the success of the #SubYAY campaign. (http://www.adweek.com/digital/how-brands-from-subway-to-maserati-are-using-instagram-effectively/) 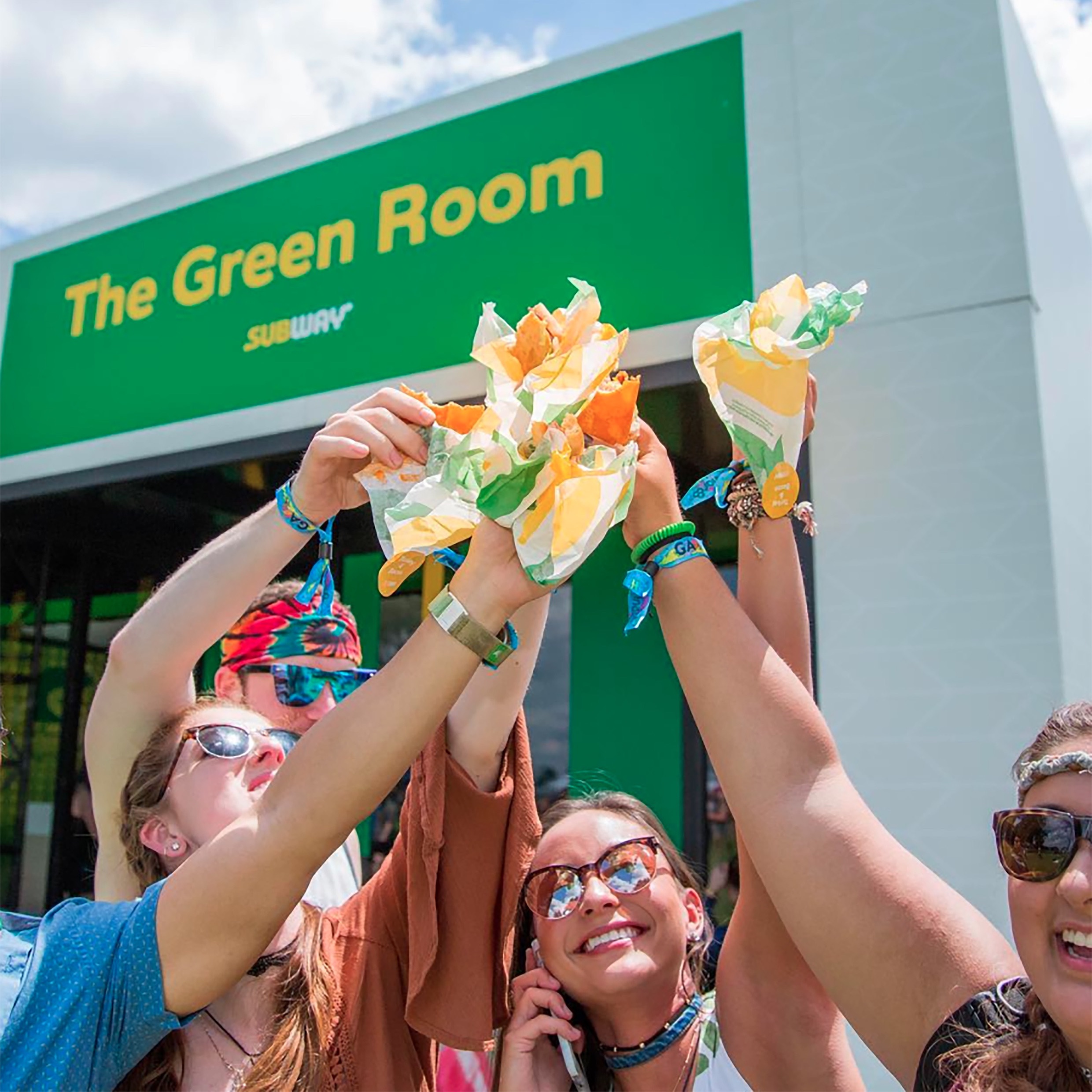 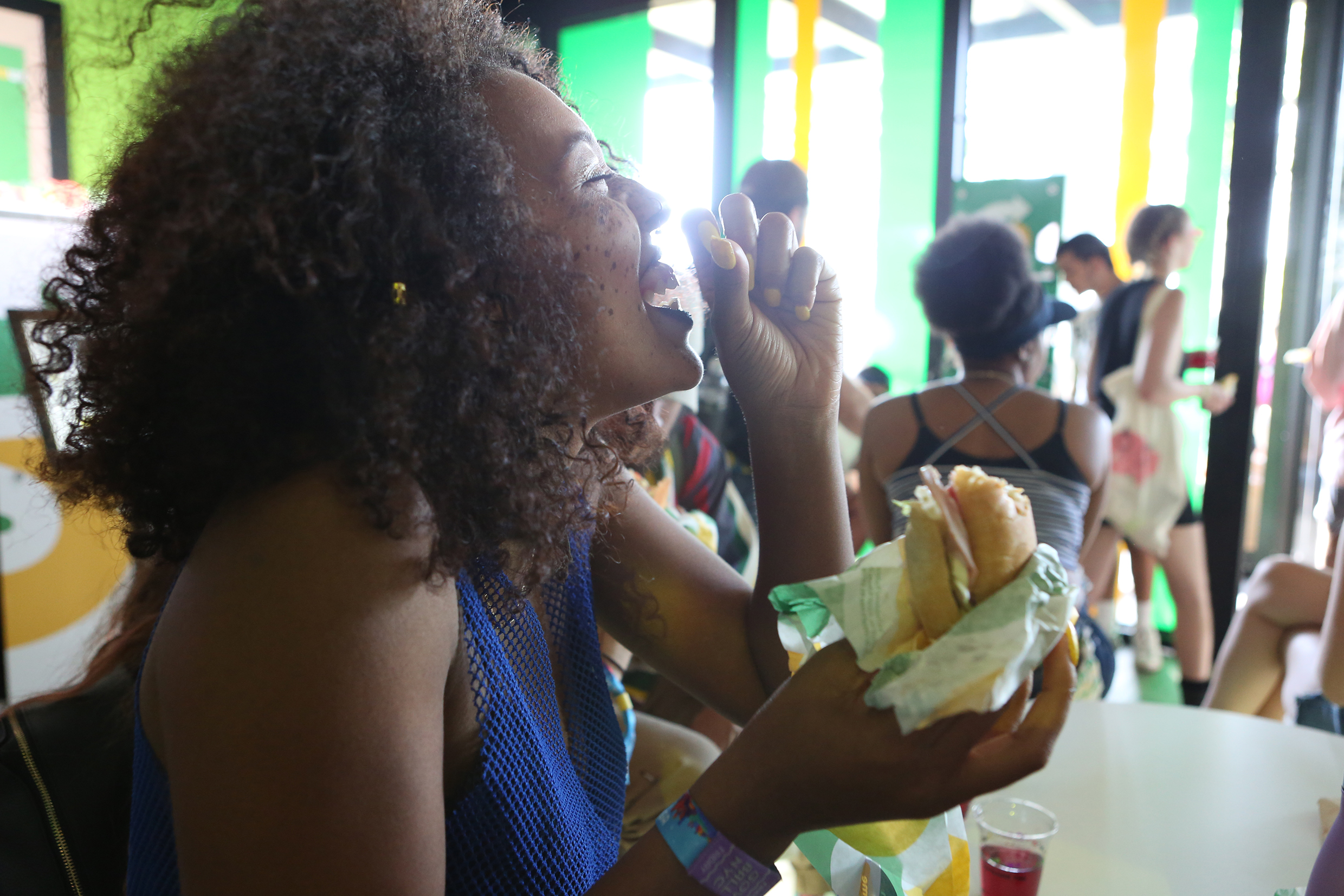 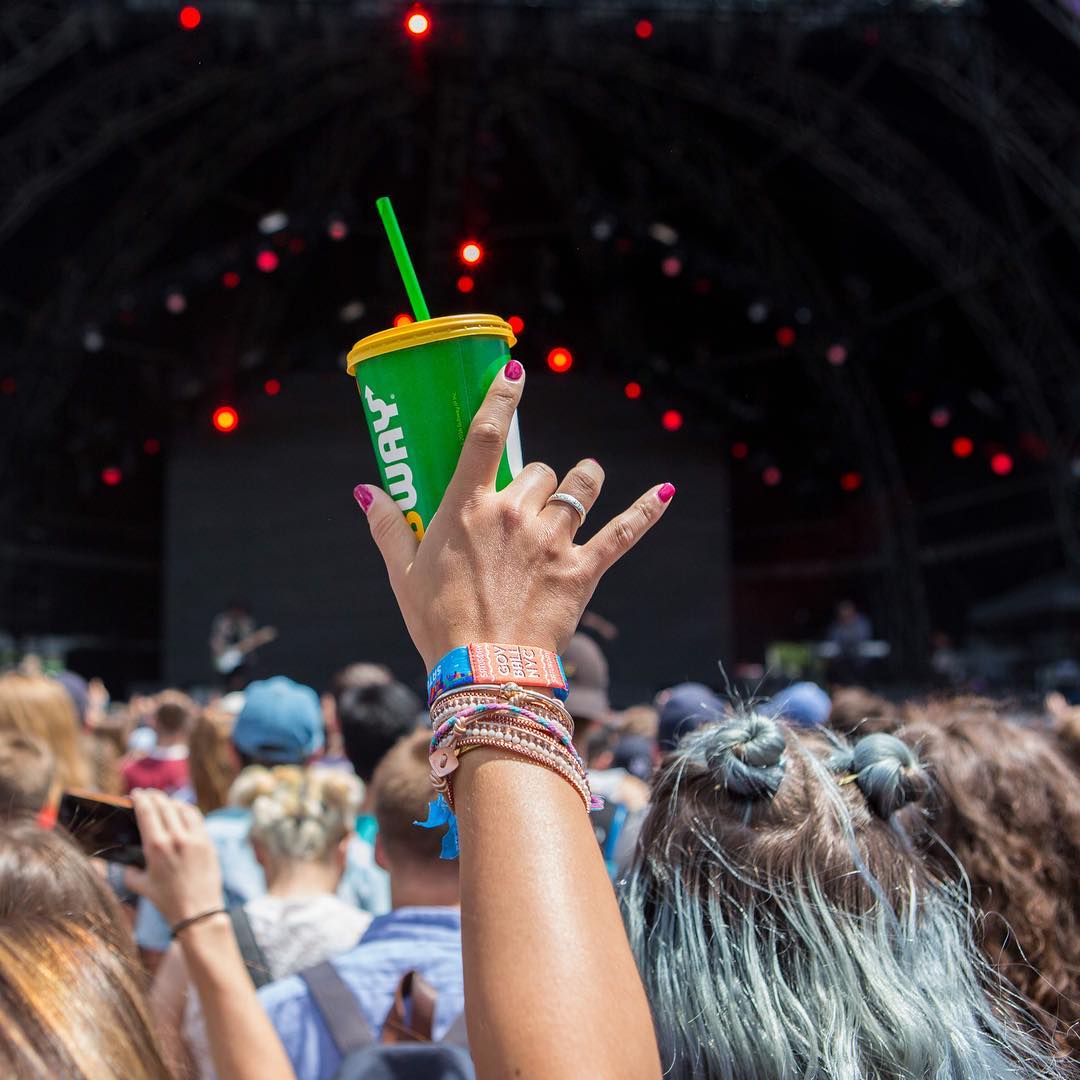