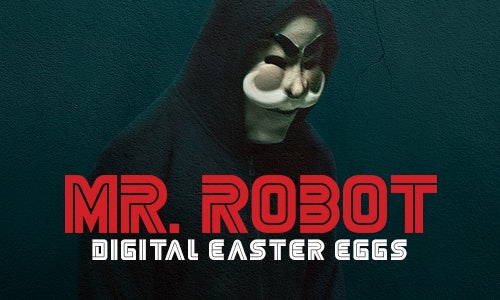 USA Network's groundbreaking drama Mr. Robot has become a cultural phenomenon, inspiring an unprecedented level of audience engagement with fans debating the show endlessly online, analyzing every frame and line of dialogue. Due in part to the series' infusion of Easter eggs—cleverly hidden references and winks for the eagle-eyed viewer—the show challenges audiences to dig deeper and rewards them for paying close attention. Throughout season_2.0 of the series, USA Network constructed an innovative an ambitious multi-platform ARG experience that that allowed the show's hallmark Easter eggs to cross-over into the digital realm, presenting viewers with hidden messages on-air that led them to multi-platform destinations and down a rabbit-hole of mind-bending content experiences tied directly to the show's narrative. This deeply immersive ARG allowed viewers to experience the Mr. Robot story themselves, playing along with the show as the narrative unfolded across multiple different platforms. The ARG ultimately delivered a complex, season-long meta-puzzle and only those who had cracked all the previous Easter eggs could solve it. The winners were rewarded with the ultimate Mr. Robot prize: becoming Easter eggs themselves when they were written in to episodes of Mr. Robot season_3.0.

For the show's epic third season, USA Network's goal was to not only continue the narrative begun in season_2.0's ARG, but also to take the digital Easter egg experience to a whole new level by further blurring the lines between the show and reality.

To truly amplify the Mr. Robot ARG experience, USA Network continued to deliver on immersiveness while also innovating where and how the digital Easter eggs surfaced to the fans. Throughout season_3.0 of Mr. Robot, anytime an email address, URL, QR code or IP address was visible or referenced in an episode of the show, fans discovered that these were Easter eggs that had counterparts in the real world as well. For instance, plugging an IP address seen on-screen into a web-browser could lead viewers to a live website that presented various interactive content experiences, transporting fans to an alternate reality that exists within the show and is occurring in real-time.

The season_3.0 Easter eggs were implemented in completely novel ways, allowing the Mr. Robot narrative to unfold across every platform and touch-point imaginable; nothing was off limits. These Easter eggs led fans to increasingly complicated puzzles, and introduced a new branching narrative with new in-world characters, cultivating an even more rich and immersive experience than ever before.

When Mr. Robot types a query into the online search engine Shodan in an episode of the show, users found that those same fictional results actually surface when typed into the real search engine at shodan.io.

When Firefox launched Quantum, users discovered a plug-in embedded in the new browser, which allowed them to solve a certain puzzle by causing a page to render differently when activated.

The show's fictional crypto-currency E-Coin was brought to life at San Diego Comic Con where real vendors accepted E-Coin as currency to purchase real goods. Adding an additional layer of interactivity, the E-Coin app and the perks fans could redeem with E-Coin contained hidden clues for fans to solve.

As season_3.0 unfolded on-air, fans noticed more and more of their world getting "hacked" by the ARG; puzzles were found embedded in a show writer's live talk show appearance, puzzles surfaced in a series of Hollywood Reporter interviews about the show, USA Network even hacked its own live commercial time, airing a real promo for the show's fictional restaurant Red Wheelbarrow BBQ that contained both a back-masked audio clue as well as images hidden in its frames.

At every turn, USA Network utilized real life platforms, mediums, and access points to obliterate the line between show world and real world, delivering an experience that left fans believing anything in their world could be part of the game.

The Mr. Robot season_3.0 ARG once again defied everyone's expectations; social media exploded and message boards all across the Internet came together to trade secrets, share clues and crack the Easter eggs together. The season_3.0 Easter eggs helped the Mr. Robot ARG experience reach over 2MM page views and even after the season_3.0 finale on-air, fans are still engaging and debating the game's solution and meaning. The season-long digital Easter egg hunt fostered intense and passionate Mr. Robot fandom and broke the mold for how this kind of engagement can be carried out. 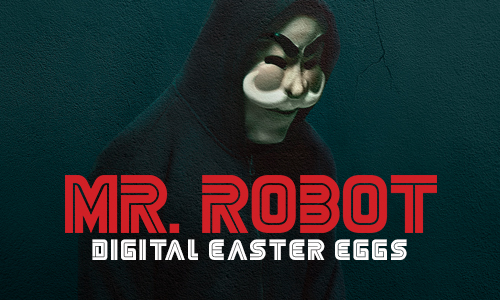