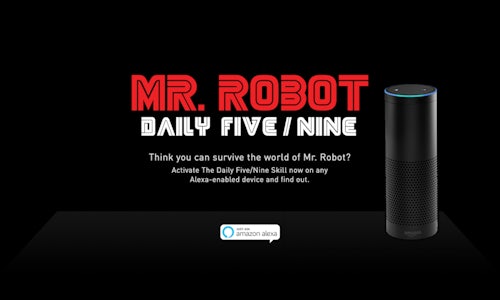 USA Network's award-winning series Mr. Robot has become a cultural phenomenon, inspiring immediate and passionate fandom worldwide. The series follows a mysterious, underground hacker collective, fsociety, in their fight against income inequality and corporate greed. In their history-making hack—referred to as "5/9," the day on which the hack occurred-- fsociety cancels all consumer debt by destroying the data of one of the world's largest corporations, the evil corporate entity known as E Corp. The 5/9 hack immediately throws the world into chaos and viewers are taken on an epic journey through a post 5/9 world.

Since it's first season, USA Network has engaged the show's audiences through innovative and ambitious multiplatform experiences ranging everywhere from a VR film, to a multi-season ARG, to a digital after show and beyond. For season_3.0, USA Network decided to venture into a new medium—interactive audio storytelling—in order to offer fans another entry point into the series and to give them an entirely new way to experience the Mr. Robot narrative.

Building off the organic integration of Amazon's Alexa on-screen in season_2.0, USA Network launched The Daily Five/Nine Alexa skill, an interactive choice-based audio game designed to engage fans throughout season_3.0. Produced in partnership with the show, the game takes fans on a mind-bending narrative journey inspired by Mr. Robot season_2.0 and 3.0 storylines. The Daily Five/Nine can be accessed on all Alexa-enabled devices with a complementary visual experience available on the Amazon Echo Show.

In season_3.0 of Mr. Robot, viewers see Dom, an FBI agent investigating the 5/9 hack, use an Alexa-enabled device to receive a flash briefing of all the news related to the 5/9 hack as reported by Frank Cody, the fictional cable news pundit in the series. To unlock this news update, Dom simply says "Alexa, give me the Daily Five/Nine" to her Amazon Echo.

USA Network brought this skill to life in the real world, allowing fans to access the Daily Five/Nine flash briefing in the same exact way Dom did in the series. If fans say "Alexa, give me the Daily Five/Nine" to their the Alexa-enabled devices, they will similarly receive Frank Cody's Daily Five/Nine report, however, this flash briefing is then quickly interrupted by a mysterious voice, which sends the player off on an immersive adventure and high stakes game. Throughout this interactive audio choice based game, users are asked a series of questions and depending on the player's answers, there can be multiple different outcomes. Throughout this gamified experience, players may encounter various characters from the series and can be led to unexpected places through a mind-bending narrative.

The Daily Five/Nine was promoted on-air with custom promos and snipes; on digital with integrations within The Mr. Robot Digital After Show Hosted by The Verge, co-branded promo units, and editorial content on USANetwork.com; and on social via massaging that encouraged users to enable the Daily Five/Nine skill on their Alexa-enabled devices.

Upon release, The Daily Five/Nine immediately garnered overwhelmingly positive fan sentiment, quickly becoming one of the top 10 Amazon Alexa skills for Movies & TV. The game also generated tremendous social buzz; fans instantly formed communities online to trade secrets and share clues and within just two days of the skill's launch, fans had already solved the game and posted about their experiences within a dedicated Daily Five/Nine game sub-Reddit. Since then, fans have continued to engage with the skill, with majority of users replaying the game multiple times in order to experience a variety of different narrative outcomes. Overall, The Daily Five/Nine skill helped bring Mr. Robot's fan engagement to an all time high by giving fans an entirely new way to experience the show's mind-bending narrative. 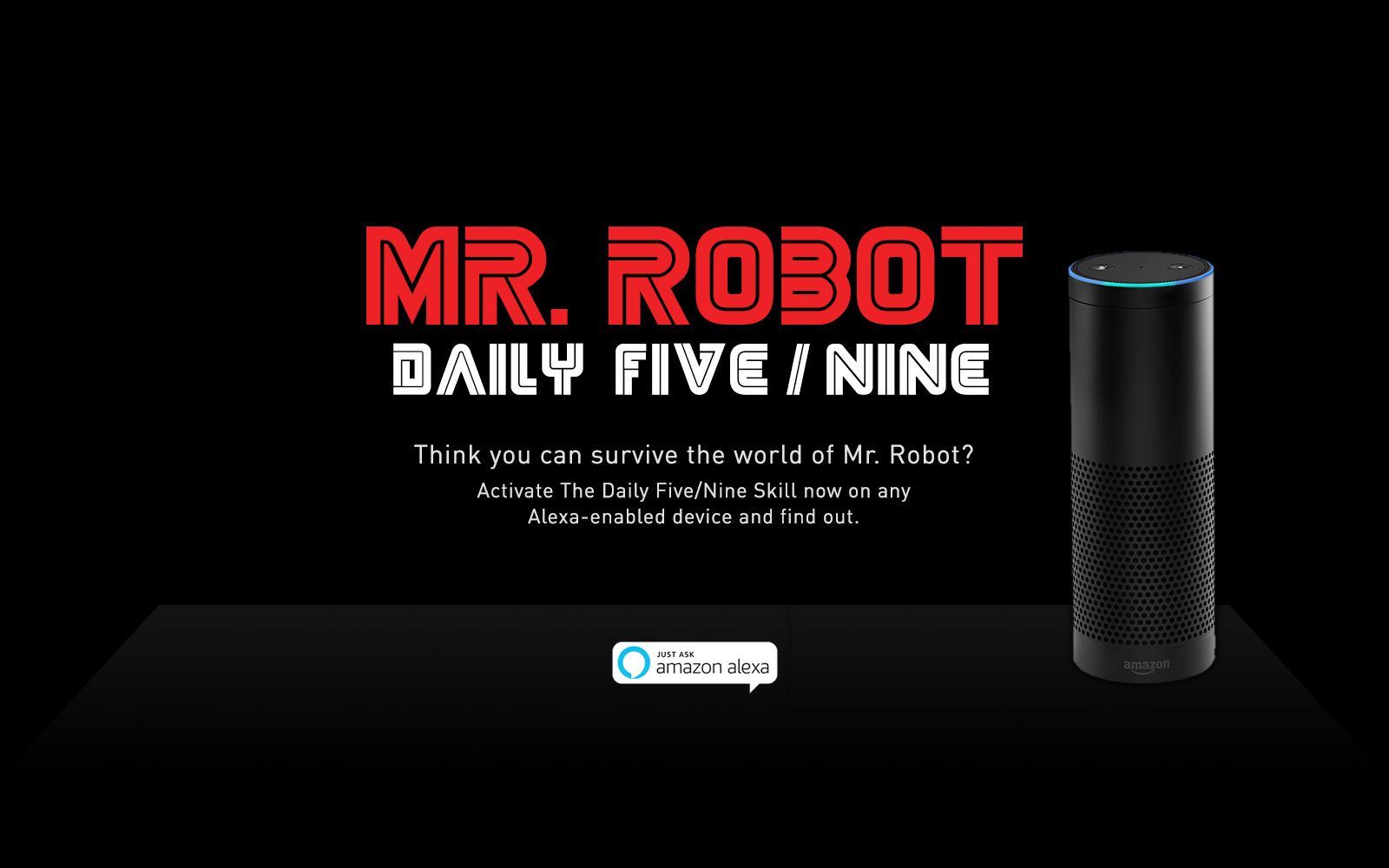