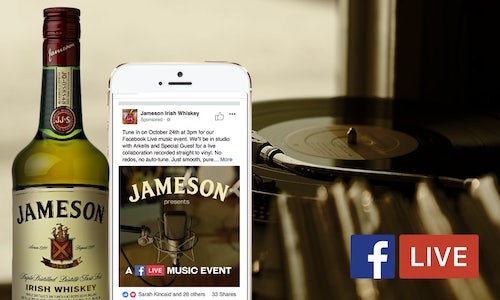 Can you name a smoother pairing than whisky and live music? Whether straight up or on the rocks, it's always best served with a side of rock and roll. This is no new trend; Jameson Irish Whiskey has long been a supporter of Canadian music. Through fostering partnerships with local bands and sponsoring music festivals, it allows the brand to truly connect with their key audience. After all, music is a core interest pillar of the 19 to 34-year old Canadian.

However, with more and more brands dipping into the music space, the market has become over-saturated with sponsored music content. Working with a shoestring budget, Jameson needed to create something that scaled on a national level and broke through the music clutter – all while delivering millennials the authenticity they crave in their brand experiences.

The answer? Create a truly unique music experience that everyone can tune into.

To reach them on their level, Jameson began with the basics: Find a way to record that authentic sound their audience craves. Partnering with We Cut Wax – a project run by Noah Mintz (a reknown master sound engineer) and Lacquer Channel Mastering – they found a way to record live music to vinyl using only one microphone, allowing them to perfectly capture that gritty, raw, live music sound of the past.

Knowing that this level of authenticity is something that would strike a chord with their target music fans, Jameson then found two emerging artists to bring the recording session to life: Arkells and Sam Harris of X Ambassadors. Both groups were hot off the coattails of recent single releases (with Arkells single "Knocking at the Door" spending 14 weeks at #1 on the Canadian ALT charts) and built scalable fan bases in the Canadian market, making them natural partners to garner the attention of Jameson's core audience. The three parties would collaborate to record a side A and side B live to vinyl, in real-time, all in one take.

With everything lined up to create a truly unique music experience, the question became how to make this scalable. How do you turn a private recording session into a nation-wide event that fans can access from anywhere? With Facebook over-indexing and reaching 91.8% of Canada's A18-34 digital population (comScore October 2018), Facebook Live was the prefect platform to deliver this experience right to the target's fingertips.

At the time, Facebook Live had only recently been introduced to advertisers in Canada – a new feature that Corby Wine & Spirit (Jameson Canada's parent company) had tried using with their other brands during the platform's beta testing and saw impressive results. Leveraging this new platform meant not only capitalizing on Facebook's extensive reach, but also the heightened impact that a newer format would hold amongst its social audience; complimenting that of the unique music experience itself. By using a cutting-edge digital platform to capture a vintage form of music recording, Jameson hit that perfect blend of old and new that resonates with their target audience.

To grow buzz and drive awareness, Jameson pre-promoted the live gig for a week across Facebook and Instagram against an interest-based music audience. The Facebook Live event was then amplified to target this audience for 24-hours to maximize reach and viewership. During the recording session, viewers were encouraged to submit questions that the band answered live, and prompted to sign up with Jameson Whisky to learn more about similar brand events in the future.

What can we say – Jameson knows what their fans like, and knows how to make real moments in music that break through. The Jameson Music Experience garnered impressive awareness and interaction amongst its target audience while driving high volumes of value for the brand, such as:

This event turned for more than just their target audience's heads, garnering industry attention and media coverage (like this article featured in Media In Canada). Finally, the event gave Jameson more rich video content and engaged custom audiences to tap into moving forward, further instilling Jameson's connection to music and bringing the program full-circle around the brand.

Video for Jameson Whisky Brings Live Music to the Masses 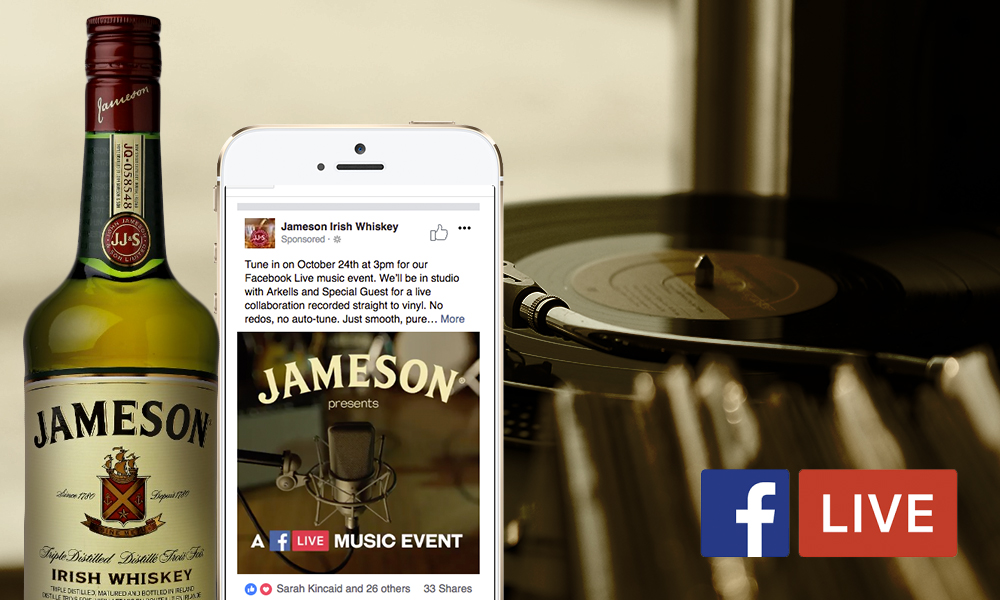