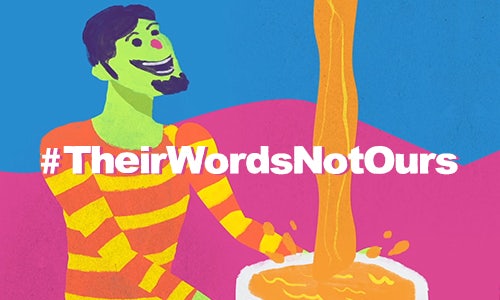 How QDOBA Trolled Chipotle and Won the Twitter Queso Wars

For more than a decade, QDOBA has owned the queso space and has never had any major challengers. Until Chipotle decided to throw its hat into the ring by launching a queso of its own. And the much-smaller QDOBA faced a new challenge: how was it supposed to compete against Chipotle's tortillian-dollar advertising budget?

Surprisingly, the internet threw shade about Chipotle's new queso in a not-so-positive way. When QDOBA started seeing these negative comments about Chipotle's queso, they realized they had an opportunity to be strategic in their social messaging, if they moved quickly to take advantage and ownership of the queso social chatter.

While Chipotle was getting negative queso reviews, QDOBA launched #TheirWordsNotOurs, a campaign on Twitter where all the content was sourced from QDOBA fan tweets. We turned our favorite QDOBA queso-loving tweets into animated GIFs, and amplified these GIFs through a paid media strategy targeted against Chipotle consumers who mentioned queso.

But the fun didn't end there. "TheirWordsNotOurs" was also used for some savage trolling by responding to negative Chipotle queso tweets with a tongue-in-cheek QDOBA GIF reaction with a redemption coupon for QDOBA's queso.

QDOBA's #TheirWordsNotOurs Twitter campaign garnered more than 13.4M impressions, 3.5M media views, and over 90K engagements within the first 24 hours. Not only did our campaign have a massively positive sentiment rate, we surprised and delighted unsuspecting Chipotle Queso haters with 3,000 witty custom tweets from QDOBA, including a coupon code to redeem queso for their taste buds. 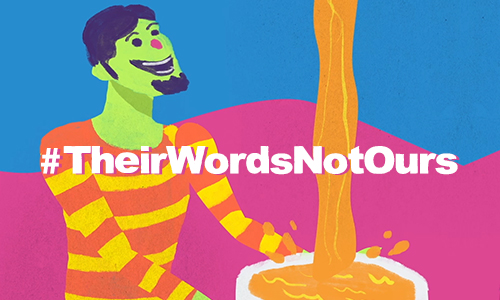 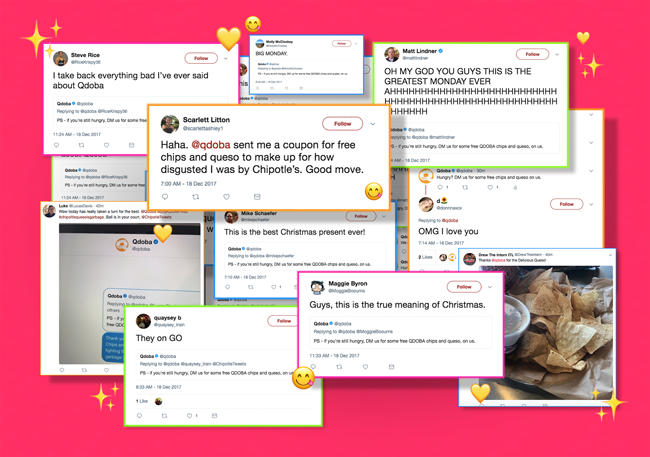