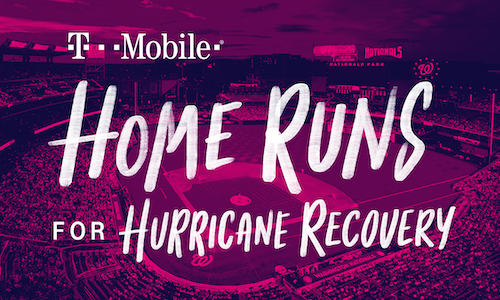 Finalist in Call to Action, Hashtag

In the aftermath of one of the most catastrophic hurricane seasons in history, T-Mobile made a major commitment to help rebuild communities in need. T-Mobile used its platform as an official sponsor of Major League Baseball to raise money and awareness for hurricane recovery during the MLB Postseason and World Series. What ensued was a major success.

The brand kicked off the postseason by guaranteeing at least $1 million in Hurricane Recovery donations to Team Rubicon.

Team Rubicon is a nonprofit that offers veterans a chance to continue their service by deploying emergency response teams to help those afflicted by disasters – including the communities hit hardest by the hurricanes in 2017.

T-Mobile pledged to donate $10,000 for every home run hit in the playoffs, and $1 for every tweet with the hashtag #HR4HR.

Doubling efforts during the World Series, T-Mobile increased donations to $20,000 per home run, and $2 for every tweet.

And by the time the Houston Astros were crowned champions, 104 home runs had been hit – the most ever in a MLB postseason. 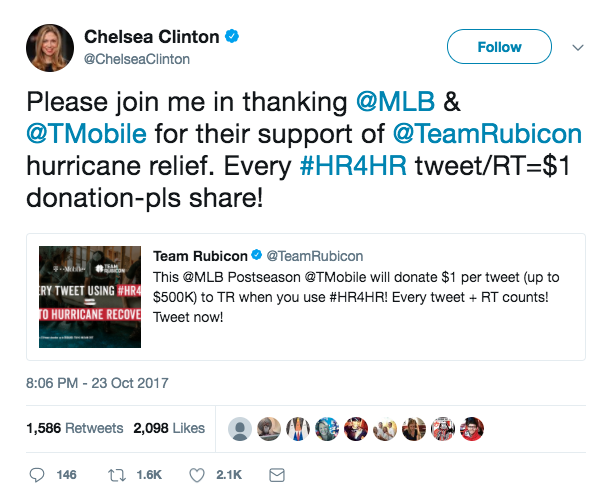 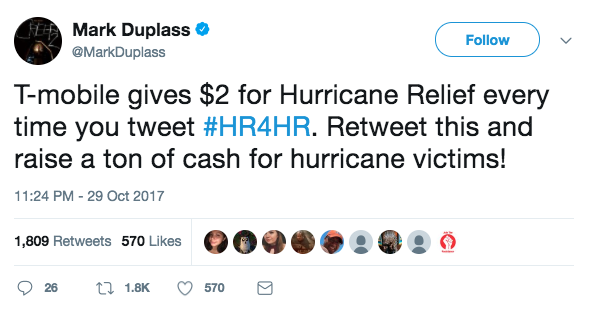 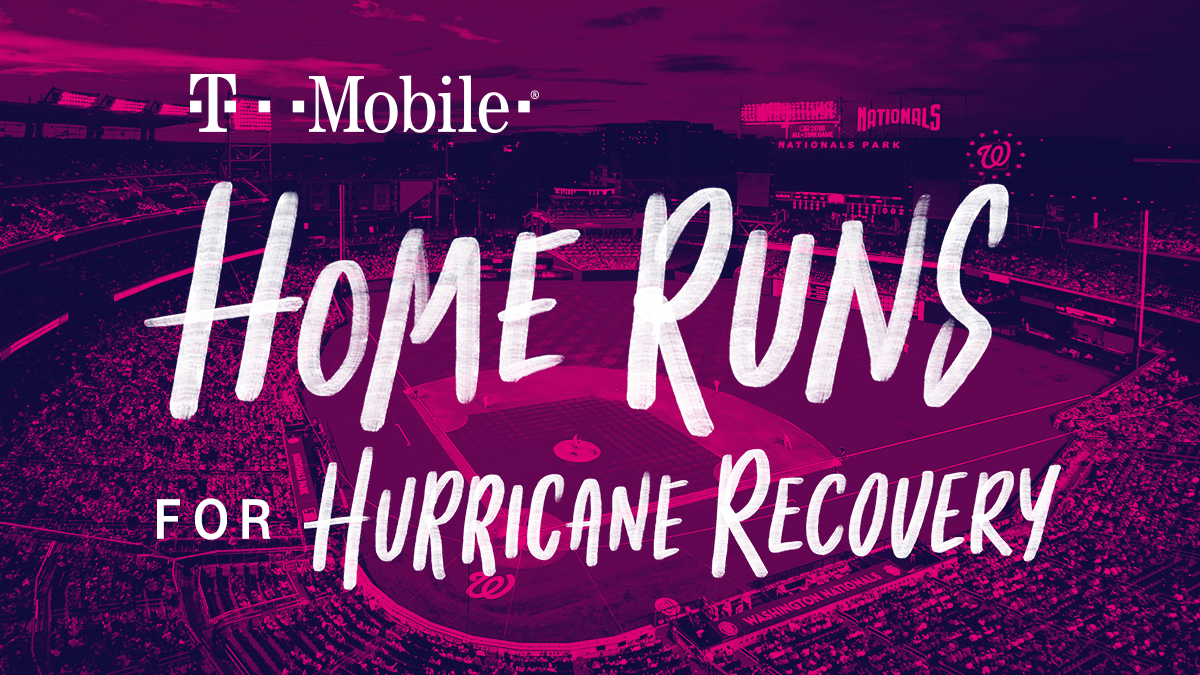