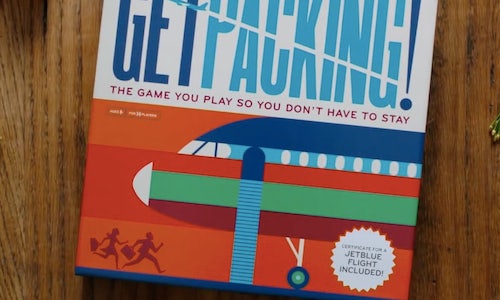 JetBlue is a boutique airline with a small marketing budget in comparison to its larger-name competitors. Even still, company wanted to be top of mind when people were considering traveling during the holidays. Their target was women and men, ages 18 to 40, who would likely be traveling to see family.

During the holidays, most every airline company runs a campaign about getting closer to family. So to break through the noise, we positioned JetBlue as something totally unexpected: The airline that gets you away from your family instead. The tactic stemmed from our insight: Even the happiest families get tired of one another after awhile. Our solution? Create a board game families could play together over the holidays. But not just any board game. One where the winner gets a JetBlue ticket, so they can leave immediately.

200 copies of the board game went on sale December 14, 2017 on Amazon. Each one was priced at $19.99. In addition, four online films were released to announce the game. They were posted on JetBlue's social channels and various blogs.

Video for Get Packing! 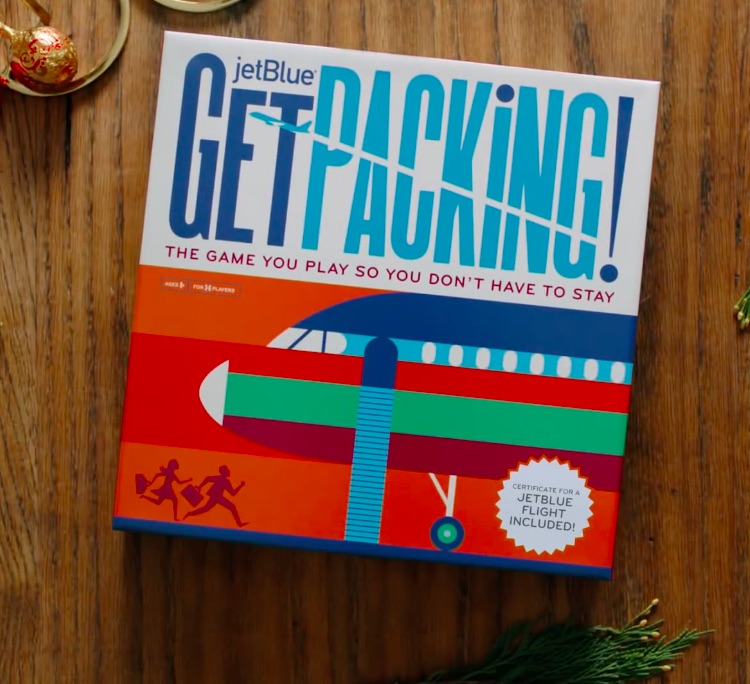