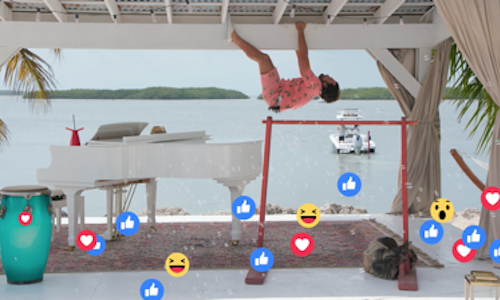 Carnival Cruise Line is on a mission to make sure that Summer Solstice, the longest day of the year, is a holiday associated with their brand. The official start of Summer is a great time to get folks thinking about taking a much-needed vacation and Carnival wanted to make sure that people consider a cruise when they think about planning their next summer trip. With many people stuck inside their cubicles on the sunniest day of the year, SapientNitro and Wildlife were challenged to bring the sunshine and fun to them straight from a tropical destination to get them dreaming about that perfect vacation.

The goal was to find a way to own the conversation across the Internet on a day perfectly positioned for a cruise. Often thought of as a trip better suited for seniors or raging college students on spring break, our teams wanted to utilize the burgeoning live stream broadcast.

Tapping into the Internet's love of all things sloth-related and the magnetic allure of an improvisational, musical Q&A running without a safety net, we worked with Telescope to set out to create a live-stream unlike anything seen before. Together we wanted to create interactive content that would engage new audiences, enhance the brand's fun-quotient and change perceptions and consideration among prospective vacationers.

On June 21, 2017, we introduced Bill the Mystical Sloth to millions of viewers live from picturesque Islamorada in the Florida Keys. Like Punxsutawney Phil and his winter predictions, Bill was brought on location to predict the length of summer. Over the course of our 4-hour live broadcast, powered by Telescope, we took over the Internet on the official first day of summer and changed perceptions of Carnival Cruise Line.

Bill's inherent chillness was the perfect embodiment of a lazy summer on the longest day of the year. But the Internet isn't known for it's attention span, so to accompany Bill and channel his summer predictions, we recruited a talented musician/comedian to be Bill's translator and forecast the answers to audiences questions in real-time, lead the broadcast through absurd, Sloth-inspired songs and build to the final reveal against the backdrop of a perfect tropical day. The twinkling notes of a white baby grand piano drifted over island views and shots of a hanging Bill in between, allowing the audience to build reaction and guide the viewer experience.

Our crew descended on the Keys for a TV-style, two camera live broadcast with a beachside restaurant transformed into a hybrid control room/social media war room. With SapientRazorfish's social media team monitoring comments and an adjacent writer's table producing rapid responses and thought-starters for our talent to riff on, we produced a seamless experience that brought users into our 4-hour story arc moving effortlessly from pre-planned segments like Yoga With Bill, to Sloth Thoughts and Will He Basketball? Our best performing segments though were reactive content like predictions to user questions, naptime, and, by popular demand, more predictions. Fans loved the feedback of this real-time, two-way engagement and they engaged heavily the entire time.

Utilizing Telescope's real-time engagement applications and custom live graphics including: comments-to-air, real-time engagement polling, lower thirds, a scrolling ticker and mortis elements to introduce each segment. Earpiece communication between director and talent, director and crew and agency and director allowed us to react on the fly and make the broadcast truly interactive with the audience. A backup visual comms system allowed us to relay questions and answer prompts without disrupting the live-performance of our stars.

Above all, we made sure that our sloth would be kept cool, well fed and comfortable in his starting role. We worked with an experienced picture sloth, took him through wardrobe changes, prepped bowls of fresh fruit and monitored his bi-weekly bowel movements (yes, really) to make sure everything went smoothly. On top of that Carnival Cruise Line made a $10,000 dollar donation to a sloth sanctuary to make a positive contribution on behalf of our furry little friend and viewers had the chance to win a free cruise for friends and family.

Engagement reached an all-time high and positive reactions were at 99.8% resulting in our Facebook Live event becoming Carnival's best performing stream to date. Our live stream boasted 10x the viewers of the next most successful live-stream from competing cruise lines and paled in comparison for engagement and reach. Our wacky broadcast boosted efforts to change perceptions of Carnival Cruise Line and laid the groundwork for the brand to turn Summer Solstice into an annual event, brought to sun-seeking travelers holed up in offices around the world.

Almost 1.5 million viewers join our stream during the 4 hour event, earning a reach of 7 million overall users. 860k of those were reached organically thanks to the engagement of almost 70k people as 25,000 users shared the video on social media. Plus we all earned an extra 17 days of summer!

Our broadcast resonated far and wide, with influencers from entertainment, the sports world and beyond chiming in to ask questions, share and tune in for Bill's predictive powers. June 21st became a national day of slothing across the entire Carnival family with staff on ships around the world creating sloth towel-animals to further unify Bill's power across the brand. The clients were amazed at the overwhelmingly positive sentiment in Facebook and Twitter comments all day and this embrace of Bill continued for weeks online as Carnival owned the start of summer. 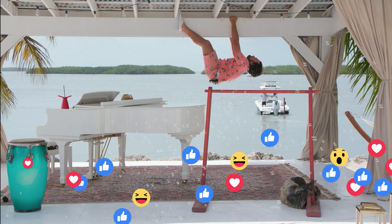