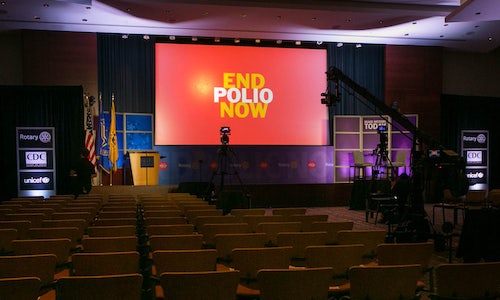 Rotary's campaign to eradicate polio began in 1985 when the disease was rampant in 125 countries. Since then, Rotary and its partners have made significant progress, reducing case counts from over 350,000 in 1988 to just 37 -- in only three countries -- in 2016. Polio could be the second human disease ever to be eradicated.

Rotary is determined to ensure that no child suffers from this vaccine-preventable disease. Even though we recorded the fewest cases ever last year, to complete the job, sustained surveillance and immunization activities will be necessary for at least three years after the last case is reported. Rotary is committed to communicating the need for continued financial support -- which will require an additional $1.5 billion worth of funding.-- and raising public awareness of how individuals can contribute to or champion the effort to end polio.

We used World Polio Day as a key activation milestone to engage audiences and partner organizations with a live streamed event, which was promoted almost exclusively via social media channels

Rotary developed a strategic social and digital media campaign for World Polio Day aimed at increasing awareness and interest in polio eradication by:

1. Building awareness about the importance and need for polio eradication.

2. Creating shareable content to engage diverse audiences in eight languages and across 30 social and digital channels.

4. Inspiring Rotary clubs to produce local events to raise awareness and showcase how members have contributed to ending polio.

Rotary created specialized content for World Polio Day, including a public-facing communications toolkit, compelling photo galleries, and promotional videos. The toolkit was promoted to Rotary's 1.2 million members and other supporters. Graphics containing event information were available in eight languages to increase our communication footprint. Separate resource toolkits were sent to celebrity ambassadors and partner organizations in advance of the event to amplify our messaging.

Using promotional materials and social media, Rotary encouraged followers to plan local World Polio Day events and register them at endpolio.org. This enabled us to create a global drumbeat for the organization while building strong user-generated content from the final 1,400 registered events.

We worked directly with Facebook to maximize the live event. Rotary did a takeover of the Nonprofits on Facebook page, executing 12 posts over 36 hours. Celebs on Facebook also shared Rotary's "This Close" PSA.

Rotary hosted a pre-briefing at the CDC for media attendees featuring a panel of experts including Dr. Tom Frieden, John Germ, Reza Hossaini, and Dennis Ogbe. We livestreamed the briefing on the CDC's website and Facebook Live.

By every measure, World Polio Day 2016 was a success. 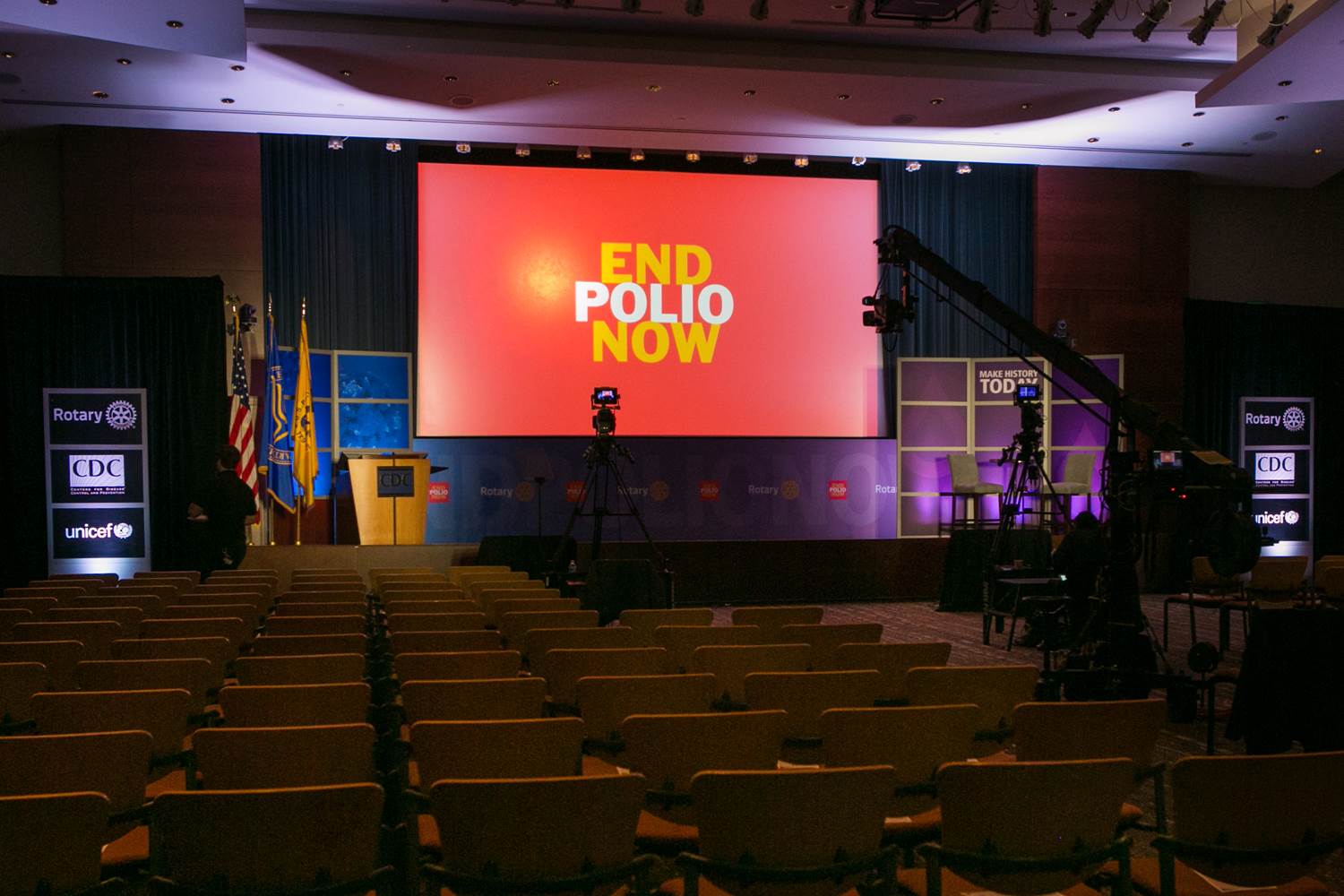