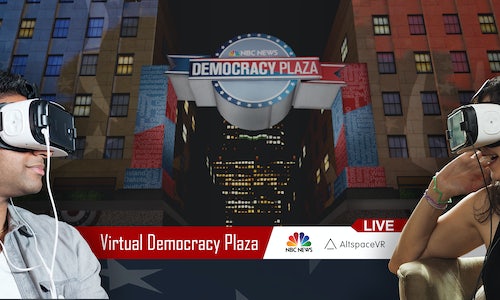 In partnership with AltspaceVR, a cross-platform app to share social experiences, we immersed visitors in a VR replica of the actual Democracy Plaza space. We created 11 events within the space for consumers, including a cybersecurity panel with a "Mr. Robot" writer, a Q&A moderated by Chuck Todd, and an Election Night finale with virtual fireworks. The goal was to extend our existing initiative with a buzzy new product.

The initiative was an untraditional means of extending our Democracy Plaza coverage, going from five days in 2012 to seven weeks in 2016. There was no blueprint: This was the first sustained programming campaign for a news outlet in true social virtual reality.

The goal was to make our talent come to life in a virtual world as much as possible. We created custom avatars for Al Roker and Chuck Todd and, for some events, AltspaceVR outfitted talent with Perception Neuron motion capture suits so that their movements were tracked on-stage.

We also strove to ensure that every attendee and had a great experience as this was often their first introduction to social VR. AltspaceVR's "Front Row" technology allowed an unlimited number of participants to join a VR event simultaneously. Presenters were mirrored across multiple spaces so every attendee felt only a few feet away from the action.

This effort was an overwhelming hit with audiences, who averaged viewership time of 49 minutes — magnitudes above the industry average for other social video efforts — and had nearly 100 pieces of media coverage.

• Up to 73 percent used in-experience tools to engage with hosts and other visitors. 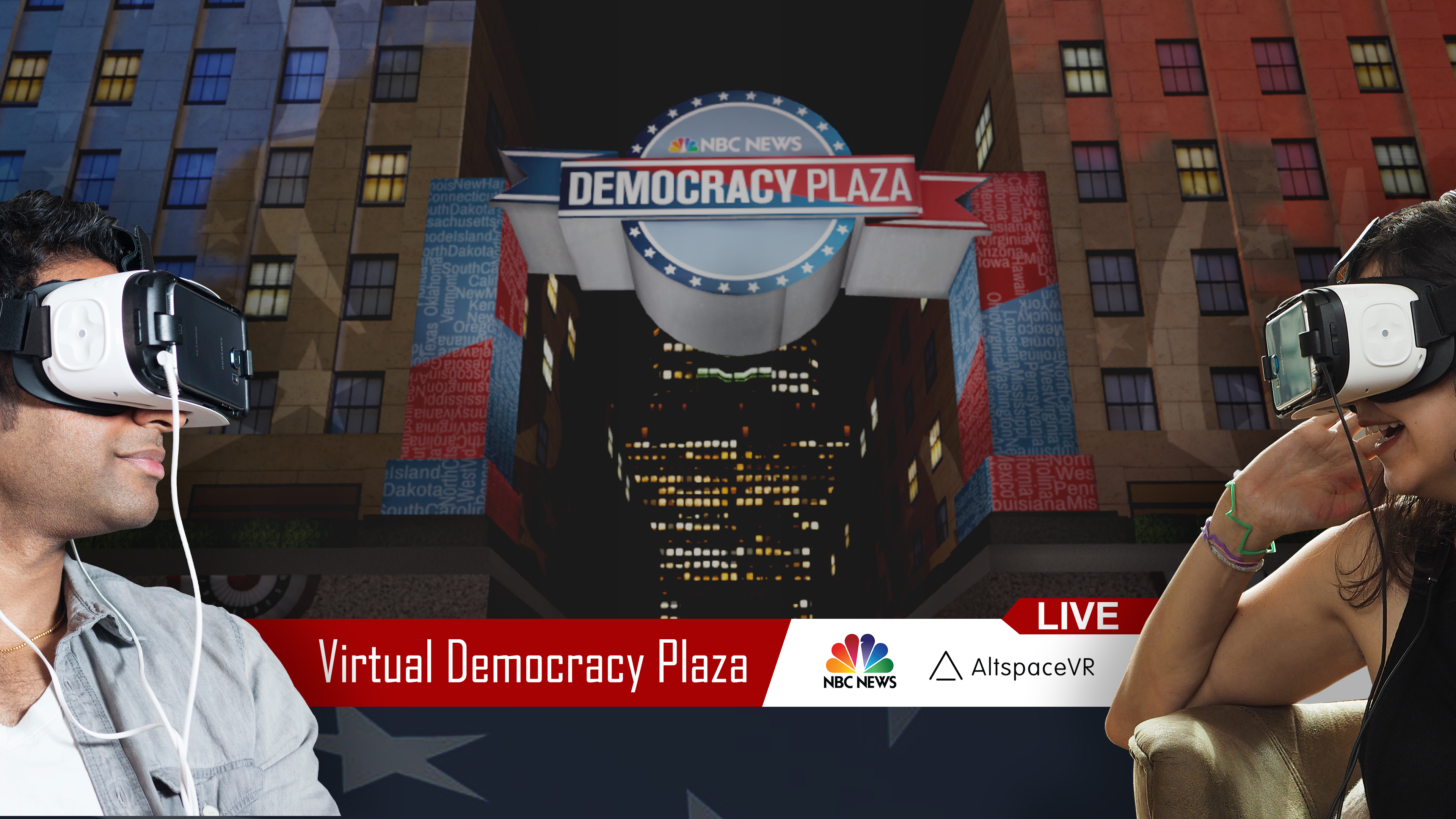 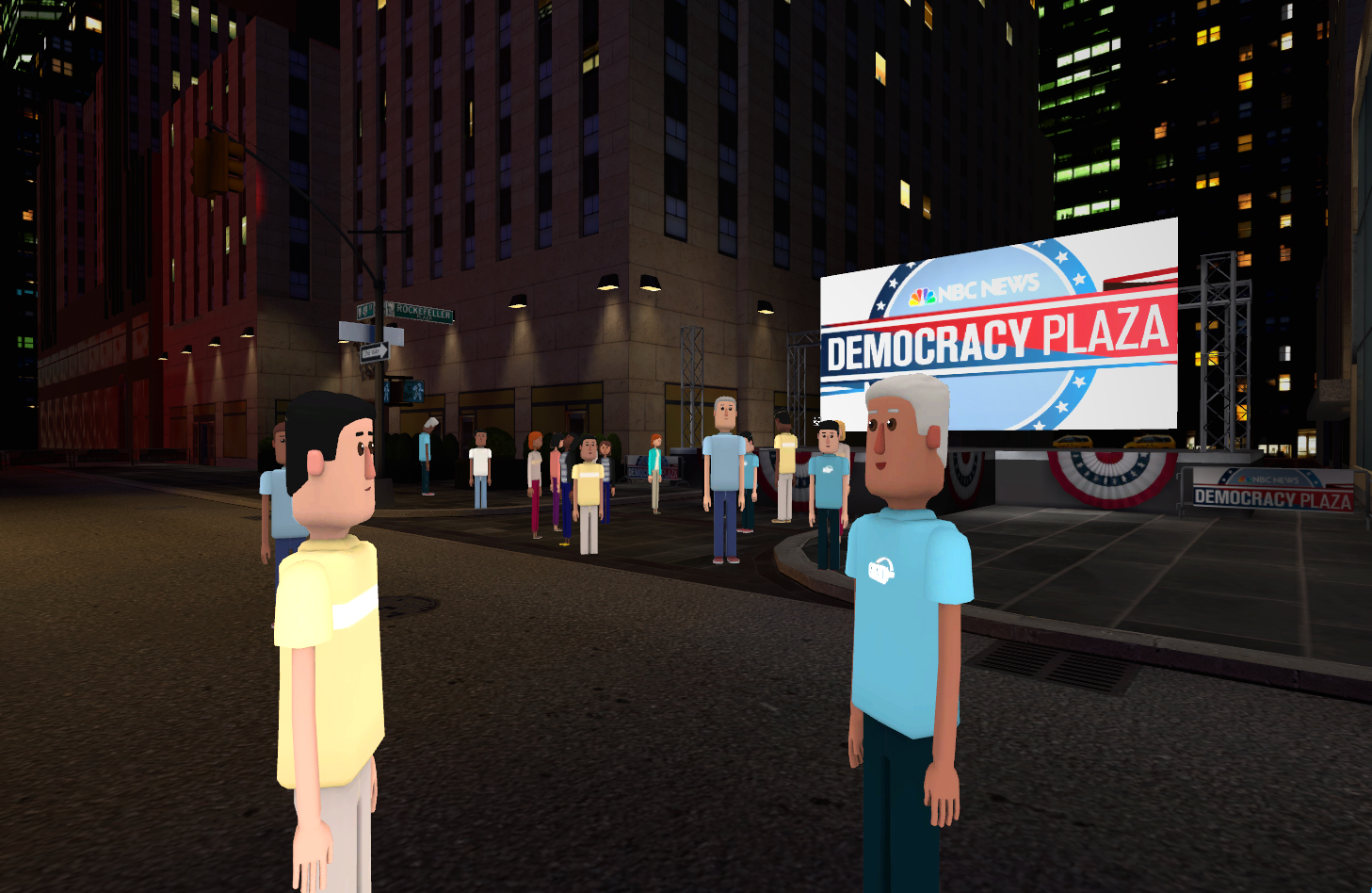 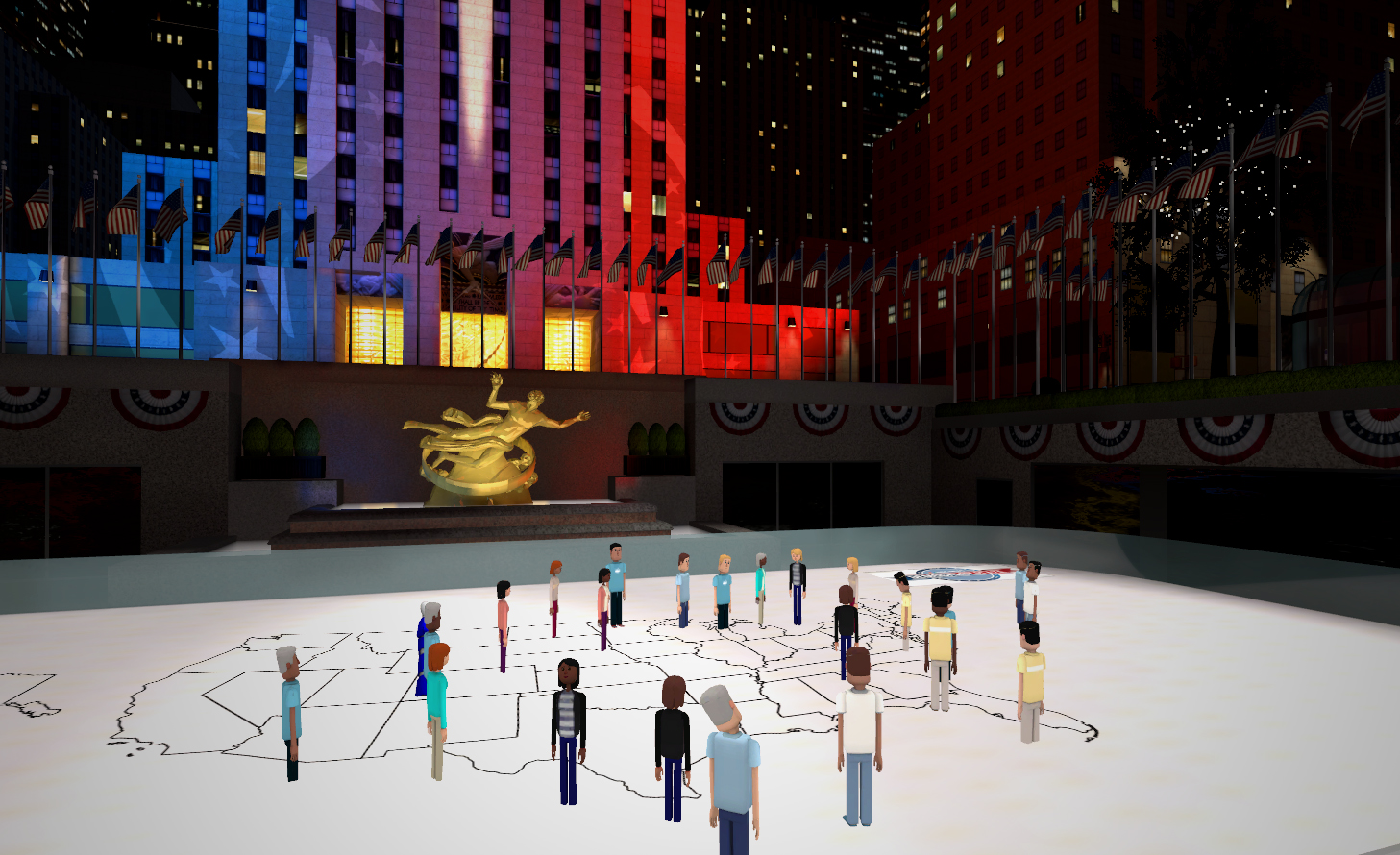