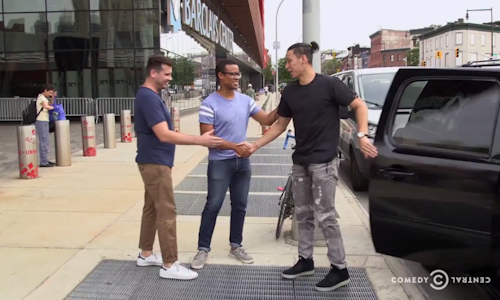 Comedy Central's VIRALOCITY is a custom short-form franchise created by our team to comment on the world of marketing. Set at the titular (and fictional) branding agency, the team at Viralocity advises athletes and celebrities on the only thing that matters in the world today: Building the Brand. We follow these highly capable yet highly flawed marketers as they devise short-form video content ideas aimed at going viral on behalf of their clients. Unfortunately for the clients, the crew at Viralocity might understand what it takes to make a video get attention, but they haven't exactly mastered making something go viral for the right reasons. It's a loving send-up of our own industry. There were two main goals with the creation of VIRALOCITY. The first goal was to establish a vehicle for comedic content with professional athletes, knowing there is a strong affinity between sports fans and Comedy Central social fans. The other was to take a sponsor along for the ride, knowing athletes have loyal engaged fan bases and the content is likely to travel.

We knew that our pilot episode of VIRALOCITY had to have big name talent to make a big splash. When we found out that Jeremy Lin, breakout NBA star and the master of Linsanity, was heading to the Brooklyn Nets and was available to make some content with us, we jumped at the opportunity to work with such a talented and world renowned athlete. Lin already had a partnership with Lyft, the cab and rideshare app, so we decided to test the waters with a seamless integration.

In the episode, our Viralocity marketing team tries to help Jeremy Lin re-build his brand. After a few not-so-great ideas, they settle on a surprise hidden camera show, with Jeremy surprising people at the Barclays Center and giving away prizes. He wants to establish himself as a family-friendly voice in Brooklyn and to show his love for the city. But from the moment Jeremy exits his Lyft to execute the shenanigans, nothing goes according to plan.

After producing the piece with a short turnaround time, we edited the video to be screened and shared across the Comedy Central digital world. This included editions of the episode for Facebook, YouTube, and Snapchat, as well as living on Comedy Central's own website. One version had the integration, and one did not include the sponsor.

The pilot launched in October 2016 to great success. It was shared on Comedy Central's digital pages, and got a major boost by Jeremy Lin posting the video to his own social media accounts and his many followers, the result of him having enjoyed himself making content with us. The episode quickly reached over 2.5 million views, and 1.8 million views on Comedy Central's Facebook. The piece also received coverage in AdWeek, and was shared across various comedy and basketball news outlets to great reviews. More athletes have since approached us with enthusiasm about being in future episodes. Comedy Central could not have been more pleased with the pilot, especially as the network looks to get more involved in the world of sports. 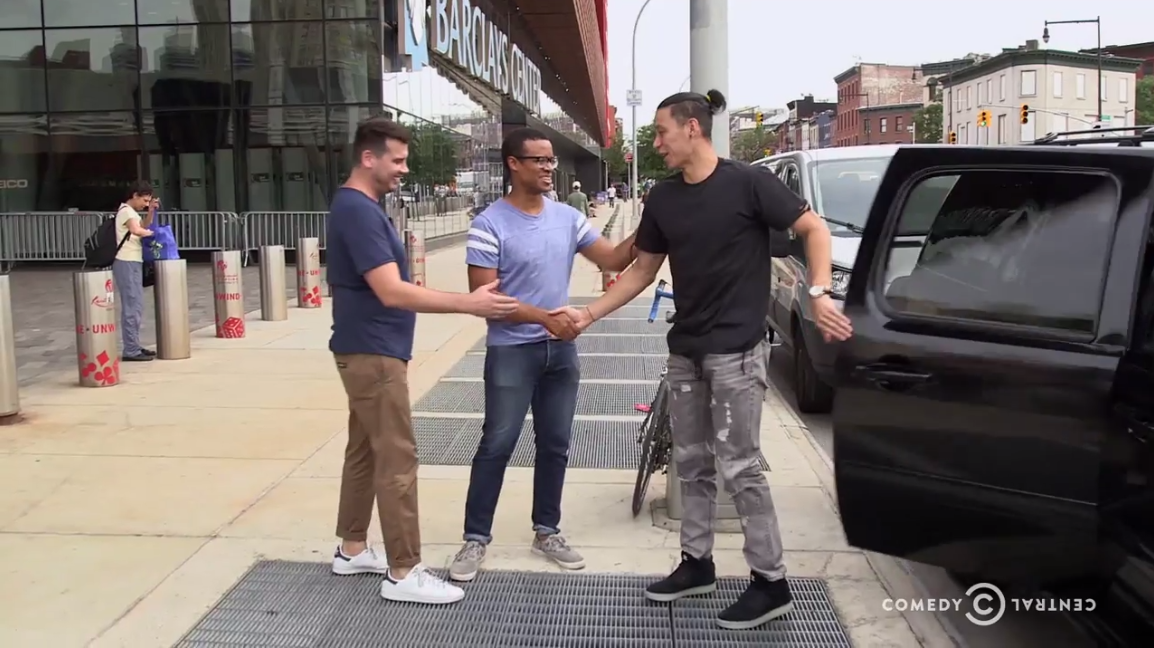