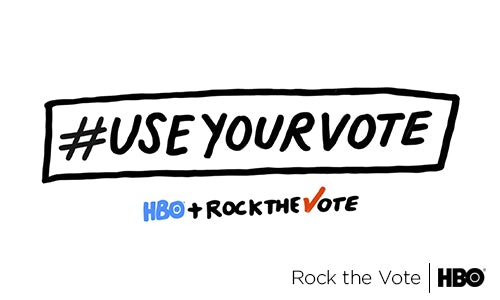 The Use Your Vote campaign was launched for two simple reasons: to increase awareness around the importance of voting and to encourage Americans to learn what's on their ballots. In an effort to break through the noise of the 2016 election, HBO partnered with Rock the Vote to not only encourage people to cast their votes on Election Day, but to also learn about the importance of the ballot measures beyond those for the presidential candidates.

Through signature petitions, citizens are often responsible for up to 41% of the measures added to voting ballots across 35 states. This give voters the resources to voice their opinion on issues like gun control, reproductive rights, voter rights, environmental issues and LGBT rights. In some cases, these ballot measures can sometimes have an even greater impact on individuals and their communities than their choice for president.

HBO created this campaign to simplify this message and encouraged people to share what issues they were most passionate about by using the hashtag #UseYourVote. All of our assets had a call to action leading users back to an HBO branded Rock the Vote page where they could learn more about their local officials and the measures they might see on their ballots on Election Day.

With the help of HBO's partners, employees, college ambassadors and on-air talent, we were able to drive awareness to issues beyond the White House and get people talking about what matters to them the most.

One week from Election Day, the HBO brand and programming profiles made a bold statement by changing our logos and social cover photos to red, white and blue across Facebook, Twitter and Instagram. We then kicked off the campaign with the official #UseYourVote video, which was shared by programming profiles like @VeepHBO, @SiliconHBO, @GameOfThrones and more. To support the first campaign video, HBO also created and shared shorter animated videos featuring the most arresting and illuminating facts about each of the main issues we wanted to highlight.

To continue to beat the drum throughout election week, HBO encouraged talent like Issa Rae (Insecure), Bryan Cranston (All the Way), Jazmine Simon (Ballers) and Reid Scott (Veep) to share videos of themselves talking about what they would be using their vote for on Election Day. Veep's Selina Meyer (Julia Louis-Dreyfus) even got involved with a special message to her fellow citizens encouraging them to vote on November 8. The video was supported with paid media and was also featured on air, which helped it to reach over 3.5 million people.

To increase engagement and capitalize on what HBO is best known for, our shows and complex characters, we also created a mash-up video featuring moments from our programming that referred to relevant issues or political moments. This video organically reached over 1.4 million people and received over six thousand engagements.

Beyond social media, HBO's content was supported with strategic email and mobile communications. On Election Day, Veep's Selina Meyer reminded our current HBO NOW subscribers and trialists to vote through email and mobile messages. Featuring the in-character Veep #UseYourVote spot, the email encouraged subscribers to head to the polls. The email CTA drove fans to engage in the campaign via Twitter using the #UseYourVote hashtag Also on Election Day, 1 million HBO NOW app users were served a #UseYourVote push notification.

HBO's 22 college ambassadors across the United States also got involved, by encouraging their campuses to use the hashtag and to share photos and videos of themselves heading to the polls. As a result, engagement among college students was high for this campaign and their dedication to the campaign helped us reach the audience we set out to target.

HBO's employees across the United States were given branded #UseYourVote T-Shirts, which they were encouraged to wear on Election Day. Employees from New York to Los Angeles shared photos of themselves wearing the T-shirts and hitting the polls. HBO captured the entire day with an Election Day Instagram Story.

The success of the #UseYourVote campaign was measured by social media engagement, online video views, as well as overall awareness. With over 1.5 million social engagements across Facebook, Twitter and Instagram, the Use Your Vote campaign was among HBO's top performing social issue campaign in recent history.

Going into this campaign, we didn't expect to change anyone's mind on the issues. What we wanted to do was encourage a dialogue across parties, and more importantly, get people to the polls. By encouraging engagement and conversations through our social posts and calls to action, HBO was able to start conversations about issues that may not have happened otherwise.

The Use Your Vote social posts reached over 15 million people in less than a week. Nearly 4 million people viewed the video assets included in our campaign.

Posted by Julia Louis-Dreyfus on her robust social media profiles, and airing before a special Real Time with Bill Maher featuring Barack Obama, the #UseYourVote video from Selina Meyer was our best performing campaign post. It reached over 3.5 million people across social media and on-air. 2.3 million people viewed the video on Facebook and over 21MM viewed it on Snapchat. Videos shared by talent from our other programming gained 4.8 million views total and were our second best performing content.

Beyond the raw numbers, HBO also counts success in the participation and coordination across our internal stakeholders, namely employees and college ambassadors.

Video for Use Your Vote 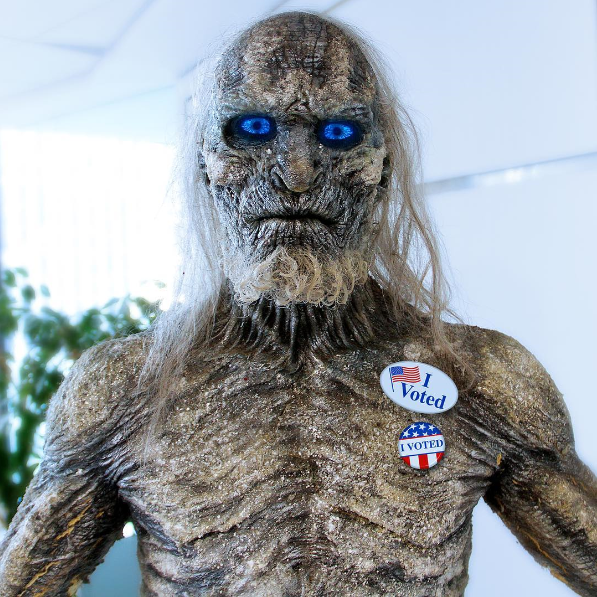 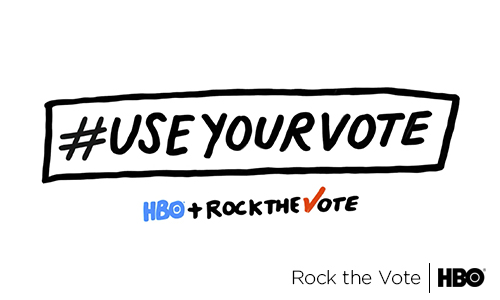