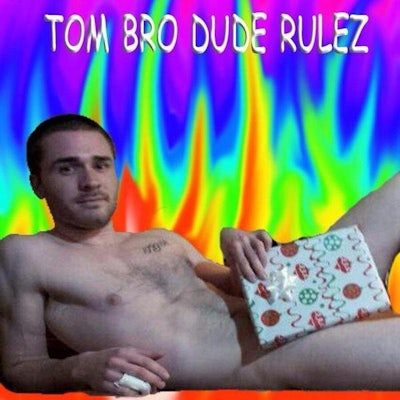 RIP @tombrodude. Weird Twitter won’t be the same without you. The alias of Philadelphian Tom Reynolds, Tom Bro Dude confounded the Twittersphere with his goofy and preposterous posts for years, usually skirting good taste, and always giving his followers a good laugh. He called 911 just to see if it would work, and trolled the Twitter feeds of local news affiliates, all in the name of comedy. Although usually tongue-in-cheek, he was up-front about his struggles with substance abuse over the years. While the internet mourned his passing, his fans took to Twitter to honor his memory by spamming a news station’s feed again, this time with one of Tom’s favorite images.