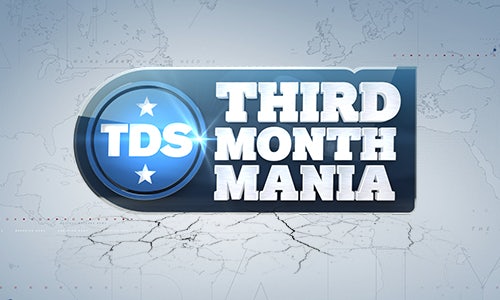 Audience Honor in Contest or Promotion

Every March, millions of Americans participate in March Madness. In one of the most polarizing election seasons ever, 2016 was the perfect time to capitalize on America's anger issues and create a tournament of issues to decide once and for all what Americans are maddest about.

We built a fully responsive, multi-platform web experience for Third Month Mania. www.thirdmonthmania.com served as the destination for the tournament; allowing users to set their bracket, share their predictions on social and vote on each subsequent round and matchups. Third Month Mania became a recurring on-air segment on the show with Trevor, Hasan Minhaj and Roy Wood Jr. breaking down key matchups and team spotlights. Throughout the tournament, we released exclusive content on social, thedailyshow.com and the Comedy Central App to generate buzz keep the momentum going strong.

With over 3.35 million votes cast, Trump supporters were crowned the #1 issue Americans were maddest about. Third Month Mania was seamlessly integrated with the show on television and gave our viewers the power to vote and have their voice heard in a comedic, outrage-fuelled way. Third Month Mania generated over 133 million impressions on Twitter, reaching over 13 million fans on Facebook and millions of video views across thedailyshow.com, social and the CC App. 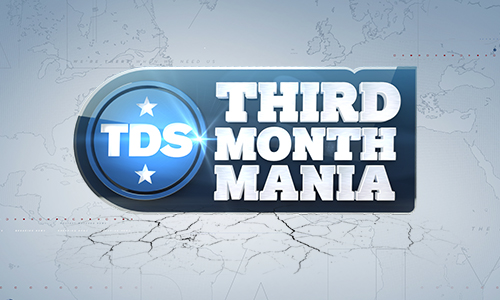 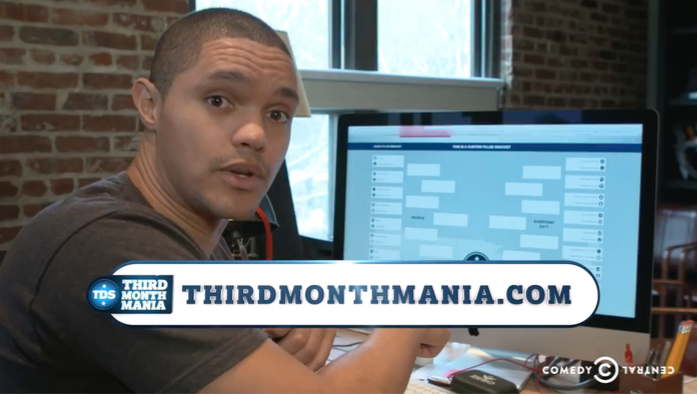 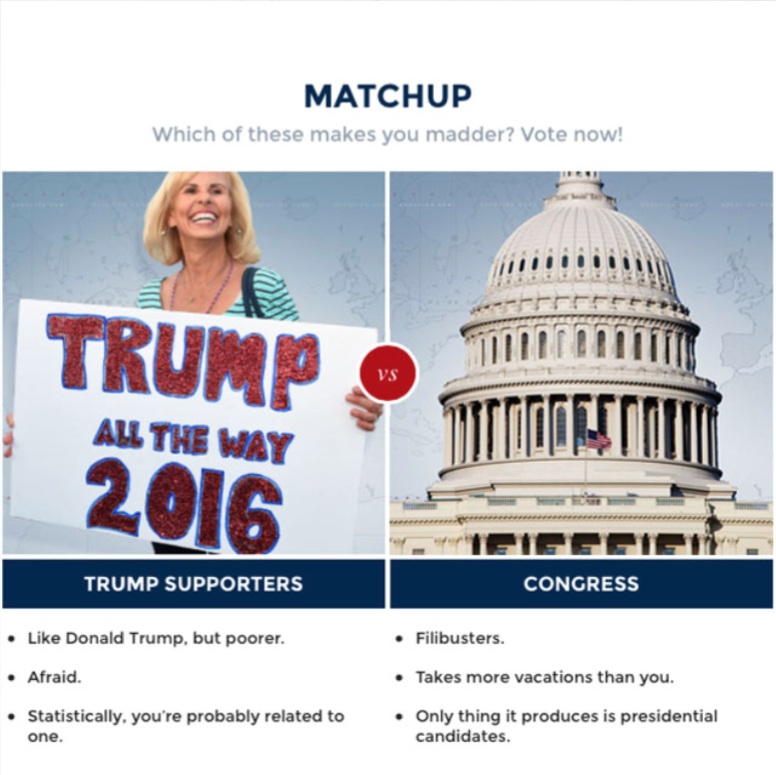 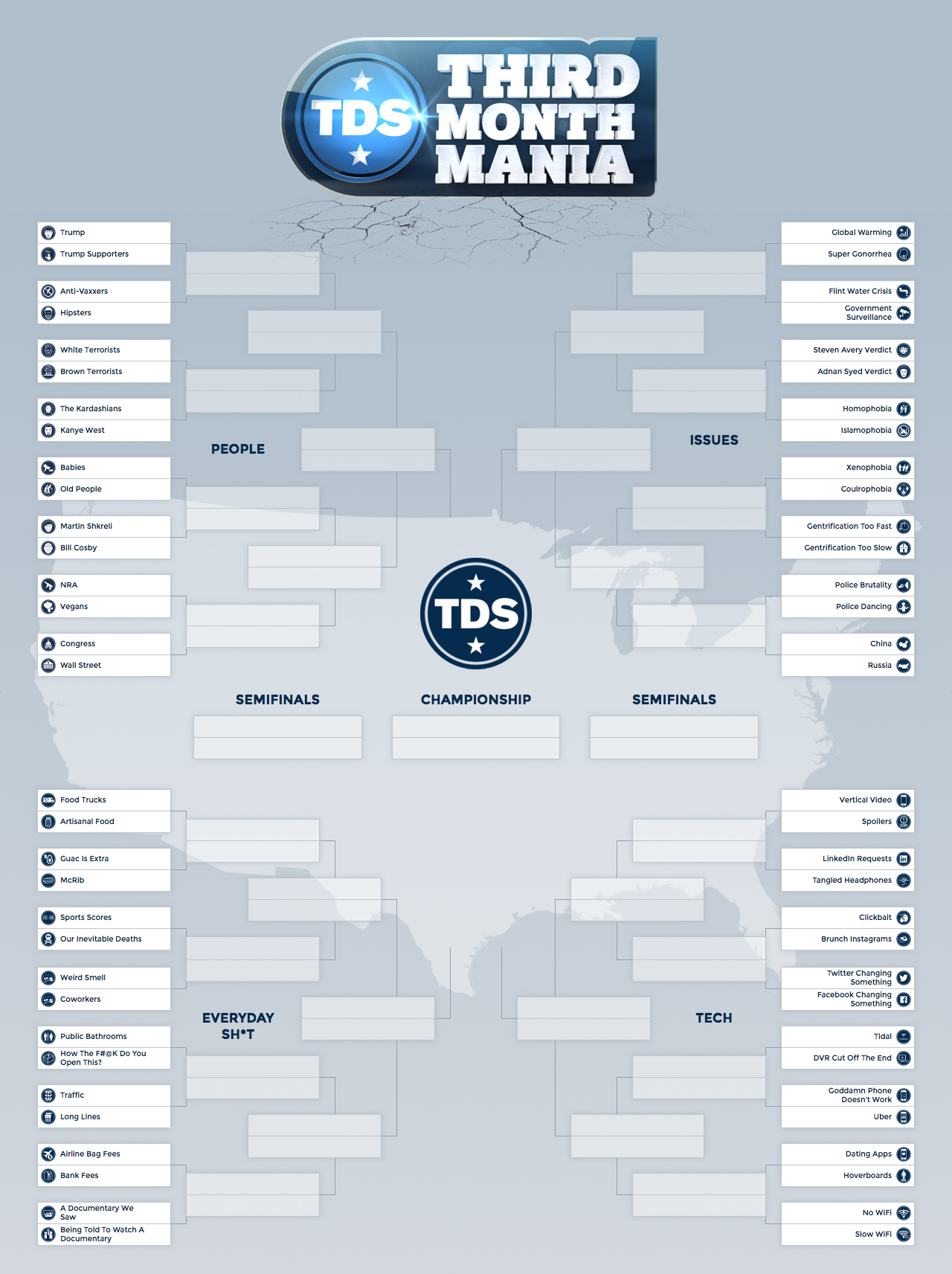