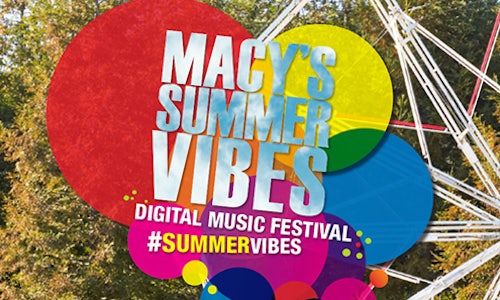 Engaging Millennials to shop at Macy's continues to be an important focus for the retailer.

For the last three years, Macy's "American Icons" campaign has celebrated the people, places and things (especially fashion!) that American's love about summer, starting in May on Memorial Day and culminating on Independence Day – July 4th.

During this heightened time of patriotism, Macy's provides a platform for consumers to give back to veterans through the Got Your Six (GY6) organization, which believes that veterans are leaders, team builders and problem solvers who hold a unique potential to lead communities across the nation, and works to integrate these perspectives into pop culture.

It has always been a challenge to seamlessly tie this cause to a media campaign. In 2015, Macy's activated a successful #AmericanSelfie campaign where every selfie posted on social media with the hashtag equalled a $1 donation to GY6, up to $100k. Macy's wanted to ensure there was a very turnkey method for consumers to participate again in 2016, with a fresh and original concept that would connect with their coveted younger, millennial target.

We discovered that 55% of Millennials feel persuaded to purchase from a company that supports a charity and also enjoy taking an active role in social causes (134 index). Historical and competitive research revealed they're more likely to give back if the "cost of entry" is something they're already doing – like watching a video online or posting selfies.

This audience over-indexes on attending concerts and festivals (75% agree that music is a major part of their lives). With over fifty major music festivals taking place across America from June to September, there's a cultural phenomenon around festival fashion, often becoming more important than the bands themselves.

However, there are several deterrents of festivals – they're expensive, hot, crowded, and often require travel.

Our strategy created a digital festival for Macy's consumers that let them enjoy their favorite artists from the comfort of their own home: Macy's Summer Vibes Music Festival.

To inspire consumers to tune into the festival, Macy's pledged a $1 donation to GY6 for every YouTube view, up to $100,000.

We brought festival fashion center-stage with a first of its kind, digital music experience. We partnered with Google and their production partners to create "Summer Vibes" Music Festival – a livestreaming concert of preeminent YouTube musicians, with Macy's fashion at the forefront.

The festival premiered on Macy's YouTube channel with four A-list acts (Todrick Hall, Macy Kate, AJ Rafael and the Gardiner Sisters). Throughout the 45-minute festival in front of a studio audience, the talent discussed their creative process, performed their songs and discussed their involvement with GY6.

Diving into racks of Macy's festival fashion line, the artists mixed-and-matched their own looks, showing viewers what goes into putting their own individual styles together. The studio audience was also fully outfitted in Macy's attire. To move viewers from fashion ideas to purchase, we implemented shoppable cards. When viewers saw festival looks they liked on screen, they simply clicked to learn more or buy the items directly from the video.

We seeded short form "teaser" content before and after the live festival across YouTube TrueView, TrueView Search, Facebook, Instagram, Twitter and programmatic pre-roll. All artists promoted the festival via their own social accounts, and overlays made it clear there was an automatic donation for every viewer who tuned in. Finally, a retargeting pixel was placed on the festival videos to later deploy DR banner messaging to those that enjoyed the festival.

Macy's declared the campaign a huge success! We exceeded the $100,000 donation goal and garnered more than 1.5 million views in just two weeks – more than doubling the anticipated benchmark based on paid support.

"Our goal for this campaign was to create awareness that Macy's is the go-to place for festival fashion," says Potter. By that standard, Macy's Summer Vibes was a smash hit. "We saw double-digit increases in brand awareness, and also brand interest and consideration – the triple threat."

"Macy's Summer Vibes campaign connected with Millennial shoppers because it perfectly brought together key lifestyle elements that are important to them: fun, authenticity, giving back, and above all a fresh way of approaching their individual style," says Potter. "The results speak for themselves, and overall we were thrilled." 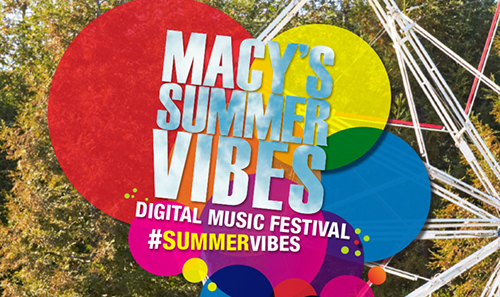