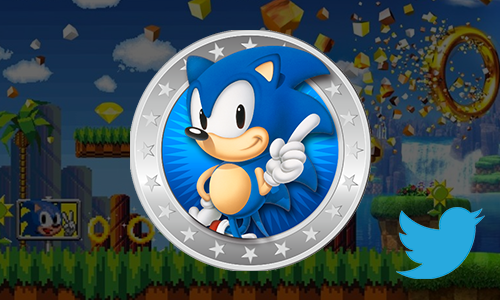 - Increase engagement and followers without the use of paid media

- Promote the 25th Anniversary of Sonic the Hedgehog

2016 marked Sonic the Hedgehog's 25th anniversary...and the year he would win Twitter. But before we begin our story of dank memes, top notch creative and endless press mentions, we must first rewind to the year 2015.

Things were not looking good for the world's fastest hedgehog. He had recently come out with two games that met with mixed reception. His Twitter following growth had slowed to a near halt. Something new needed to be done. Something different. Something extraordinary.

It was time for us to turn it all around.

It began with a big shift in tone by posting a meme with Ice Cube and Guy Fieri, parodying the Sonic game 'Fire and Ice.' Priceless. From there Sonic began tweeting self-aware tweets and snarky comments to fans. People started to take notice. The social following began to grow. It was as if the account had gone rouge (it did; we stopped sending content to higher-ups for approval). It was a hilarious and self-aware, yet positive change. After we released an absolutely insane video featuring Shia LaBeouf that trended on Facebook, the new content strategy and tone was solidified.

Enter 2016. Our task was to go FULL FORCE with the approach we set up at the end of 2015. With a new and improved Twitter account and Sonic's 25th anniversary on the horizon, all eyes were on the world's most famous hedgehog. We started tweeting our own original memes, referencing inside Sonic jokes that previously would have never been allowed on the channel, and parodying pop culture; all with that signature Sonic smirk. We even released a mixtape on SoundCloud (it's lit), showcased new art, and pretty much went totally out-of-control wild.

We also made some friends and engaged in impromptu Twitter banters with influencers and brands like Madeon, Game Grumps, Dues Ex, Twitch, XavierWoods, Denny's, Arby's, Overwatch, and more.

One of our Twitter interactions with Dues Ex became so well-known and liked that it ended up being featured in the game Dues Ex: Mankind Divided as an Easter egg.

Among all this craziness and nonsense, we hid numbers and messages in Sonic's social posts to tease fans about the new game announcement on the horizon. Coded number messages were hidden in images, and secret layers were added that could only be revealed with photo editing software (yes, fans actually managed to figure this out). When added together, the hidden numbers revealed the date of Sonic's 25th-anniversary party – where 2 brand new Sonic games would be announced. Fan speculation about these messages was off the charts.

All this speculation helped build hype for the party and the two new games. On the day of the party, both trailers were released and became the most viewed Sonic trailers in the franchise's online history.

The results in 2016 were staggering, with the account TRIPLING its Twitter following. Twitter took notice of this popularity and now features Sonic regularly on the twitter.com homepage in the 'games' section. It even put together a special Twitter Moments feature for the account and helped to promote it.

The account's content and strategy are used as examples of how brands should do social media on sites such as Contently and Business2Community. Wendy's new Twitter approach was even recently compared to Sonic's Twitter in a large Reddit thread.

In 2016, Sonic Twitter and its content were featured in Forbes, Polygon, Geek.com, PC Gamer, Engadget, VentureBeat, The Verge, Game Informer, GameSpot, Destructoid, N4G, Gamenesia, IGN, Kotaku and much, much more.

Twitter Growth: 307,000 to 1.2 million followers. No brand submitted has come close to this type of organic growth.

All with 0 paid media.

"That Sonic the Hedgehog account is life affirmingly brilliant and should be followed by all and sundry forthwith." – Forbes

"The most consistently entertaining thing about Sonic is his bizarre, meme-filled, self-aware, and shockingly forward-looking Twitter feed." - Geek.com"

"The hedgehog's online presence has become one of the strangest, funniest and best in the industry." - Polygon 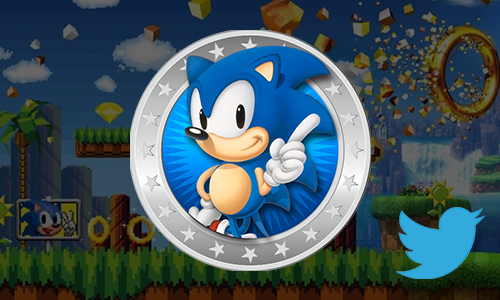