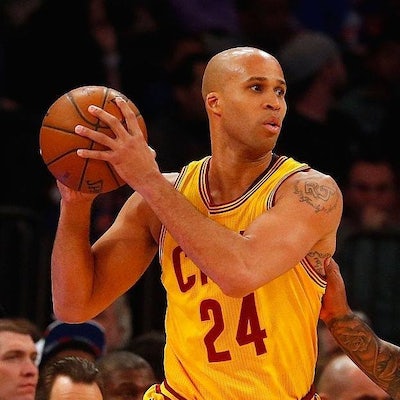 Most people know Richard Jefferson as the guy who came in during Game 3 of the 2016 NBA Finals to replace an injured Kevin Love. Jefferson helped boost the Cavs, win the game, and ultimately upset the Golden State Warriors for the championship. Off-court, he’s the GOAT on Snapchat, giving his fan followers behind-the-scenes looks into locker room antics in the NBA, usually bringing his personal cut-out mascot “Lil Kev” with him wherever he goes. He even went so far as to wear the new Snapchat Spectacles while shooting 3s and slamming dunks. Looks like @Rjeff24 is a champion off the court, too.