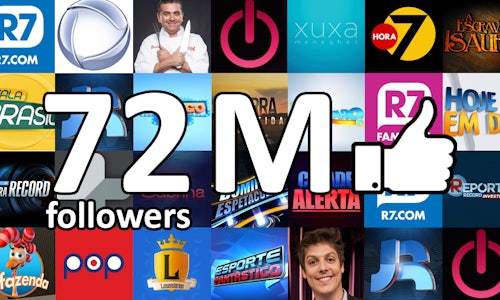 To be honest, we already had a huge Facebook presence at the beginning of 2016. We had more likes on our main page than our top two competitors combined. And all of that without buying media or investing money on Facebook. Everything organic. The goal was to keep growing. But you know how it is – since we were already the leaders in Brazil, it was like Coca-Cola trying to get that extra 1% market share. And we wouldn't advertise.

This category is all about using the Facebook native tools effectively. Since we don't do advertising and/or buy media on the social network, we do that very well. Within our page arsenal, we have been using memes, GIFs – even "gameficated" -, links, photo galleries, VOD, Q&As with our cast (on vídeo or Facebook Live), 360 photos, 360 videos, Canvas, pools, interaction between acounts, many shares and mutual activations and much more. Everything at our disposal was used.

The core of the strategy were the funny GIFs and memes, and VOD as well. Since we're broadcasters by trade, that's exactly where we are strong.

We are very inclined to do the edgier stuff. Always in the vanguard, always trying to put our profiles as a beta tester for new tools. Since we're partners with Facebook here in Brazil and are very open to those new habits, we've been doing the brand new functions as soon as they're launched.

For example, we did the first MSQRD FB Live here in Brazil, when it comes to brands. We had a green light about the service being avaliable, from Facebook itself, and did it as soon as it went public. One of the first 360 FB photos in Brazil was ours, too.

And Facebook Live is a tool somewhere we've put a lot of effort as well. It's even competing separately this year. We had broadcasts on many of our pages, being it Q&As with eliminated reality show contestants (right after they left the show), broadcasts right from the newsroom – or on the spot -, branded transmissions, casting talking to the public, our show hosts doing aftershow content, and even a music studio where guests sang and were interviewed.

We have a huge fanbase, and our goal is to be likeable, shareable. That's how we grow: organically. We are very popular here in Brazil, and we do everything to be engaging. Being very "pop" was the key to have such numbers.

When it comes to our market niche, it is even clearer. Portal R7 is the most followed news outlet in Brazil. Our main competitors, G1 and UOL, are way behind us – 8.7 million likes for G1, 7.2 million likes for UOL. We are almost what they are combined.

Our engagement is huge. Just take a look at posts like this one. Or our 360 videos. And our Facebook Live broadcasts are so cool that they're competing at the 9th Shorty on their own! 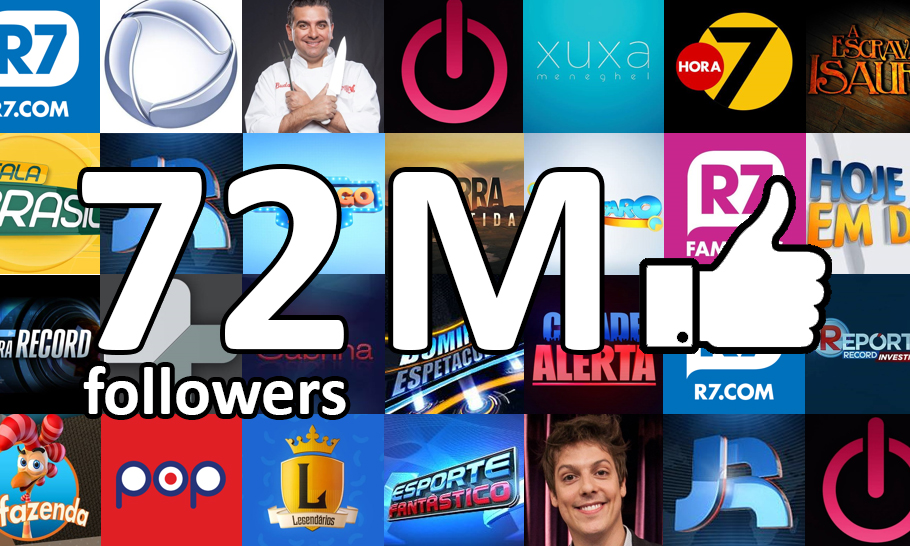