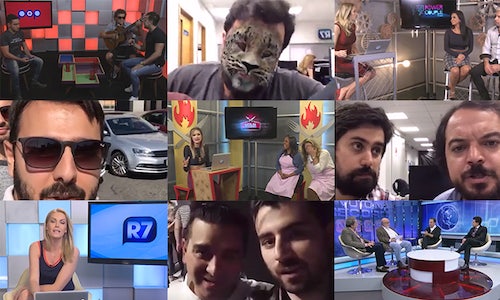 Record TV is a broadcaster by trade – in fact, one of the biggest in Latin America. Therefore, we're obviously really good with video, being it live or on demand. And the group also is the creator and owner of Portal R7, one of the top news outlets and content producers in Brazil. Then there is another important fact about us: we are really strong on social media: R7 owns both the top Facebook page and Instagram profile of all media outlets in Brazil, with almost twice the likes our main competitors have. That being, we had the important mission to be that much successful using video tools on social media. For Facebook Live, we didn't want to just broadcast our TV content in yet another media – we wanted to do something new, exclusive. And sometimes even additional to the TV.

There are many media groups, sites, content producers and such doing great on FB Live already. Therefore, our idea wasn't just to have a great political speach, manifestation or even watermelon exploding on our streaming. But to have everything: news, entertainment, and exclusive content, which, when put together, created such a strong overall strategy that could easily be converted to a broadcast channel.

We have a vast range of content being broadcasted on Facebook. When it comes to the format, we did everything we could: from freestyle smartphone-made livestreams, to shows broadcasted directly from our studios, with cameras (using the Facebook API). And, as of the content, it went from the original, exclusive stuff, to additional content to the TV shows. Our strategy was to explore the tool at its best – and we created such a wide scope of content that, if we wanted (and kept growing our production on Facebook), could almost turn the page into a network of its own.

First, for the TV shows' additional content, we had exclusive interviews on FB Live broadcasts with the eliminated contestants of our reality shows - Buddy Valastro's Batalha dos Cozinheiros (cooking competition with the Cake Boss) and Power Couple (an Israeli couple's reality show we brought to Brazil). Every Tuesday a contestant was eliminated, and the day following he/she was on our own studio, built solely for our broadcasts, for an exclusive interview. The host was also exclusive for the FB Live as well, apart from the show.

For our morning show, Hoje em Dia, we had a different kind of FB Live extra: one of the four hosts would go to our studio and go live to chat with our followers, right after the airing. The moment the show ended on TV, the chat started. The hosts taking turns, one each day.

Portal R7, our news outlet and content producer, made a very good use of FB Live as well. It started way before the API allowed switcher and cameras. Thus, we did the streaming with smartphones alone. The idea was to open the FB Live signal and talk more about some of the most important facts of the day. Our videos were one of the firsts of its kind here in Brazil, for news companies, and reached hundreds of thousands of video views.

The evolution of the tool itself allowed us to grow in two different directions: first, with our own content, doing interviews + live performance with artists in what we called "R7 Pop"; and then commercially, with branded content, which consisted of sponsored interviews and such.

The results were awesome for us, since our videos reached hundreds of thousands views on Facebook, without any kind of money being used to push them forward. Every FB Live broadcast we did on Portal R7's Facebook profile landed 50K~500K views. R7 Pop became a franchise of its own, still going on (and having famous artists, even people coming from abroad). Our interview with the eliminated contestants of our TV reality shows also became a permanent web show – and whenever a new reality show starts, we will certainly have it once again.

Our numbers keep growing, and our FB pages keep growing as well. If we keep improving like this, we will soon have something like a FB Live schedule, similar to a TV schedule. 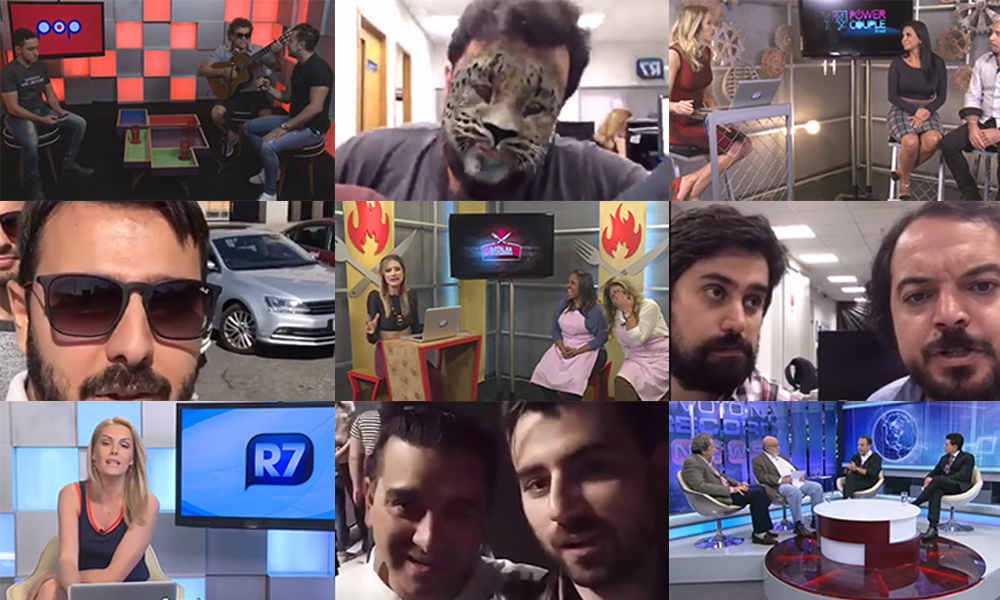