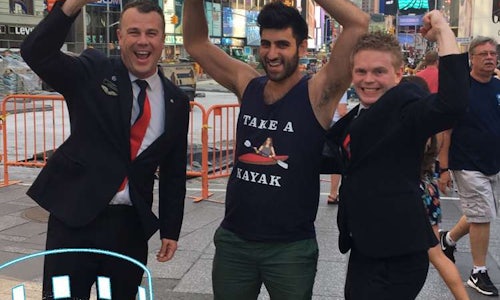 The moment an Aussie, Adam, who lives in New York, tweeted that he was missing out on a beloved Australian ice cream treat, we knew it was our duty as the national airline of Australia to bring him a little piece of home. Our objective was to share the story of Qantas flying ice cream bars all the way from Sydney, Australia to New York City, just to make one Aussie feel at home. At the start of 2016, we had the goal of grabbing social opportunities that came to us and turn them into content. When Adam's tweet came to us, we wanted to create a story that was shareable, gain media attention, and highlight Qantas as a brand that's innovative and represents the Spirit of Australia.

When we were informed of Adam's tweet, we immediately went to work. We decided the perfect activation would be to fly the Aussie ice cream treat to him in NYC, and chose Snapchat as our channel of documentation. The first step was sending Adam a private message on Twitter asking if he was available to meet us in Times Square in just a few day's time. After he agreed to take part, we contacted the ice cream company in order to have a bit of corporate fun on social media.

We then found two of our cabin crew members who were willing to help us document the ice cream's journey onboard a Qantas flight. Using a Snapchat marketing tool, we were able to schedule out the Snapchats from inflight to our Snapchat story, showcasing the journey all the way from check-in, to keeping cool inflight, to being handed over to our Aussie Adam right in the middle of Times Square in New York City.

In order to create some buzz around the story, we first posted to Facebook, calling on the help of Streets Ice Cream, who replied via comment on the post. We then had a graphic made which tracked the progress of the ice cream during the flight on the way to New York. On Twitter, we posted a live update while the ice cream was in the air.

Featuring the story across multiple channels was critical in making sure that our followers across the board were made away of the journey. Adam was also key in spreading the word and showcasing the fun relationship between Qantas and its customers. He commented on our posts and also posted tweets of his own, sharing his excitement.

Of course the star of the activation was our Snapchat story, which let our followers feel a part of the adventure. It allowed them to interact by replying to certain photos or videos, and was the perfect channel for showcasing our activation.

We couldn't be happier with the results of our Gaynetto Snapchat activation. Not only were our views high, we gave people something positive to talk about and appreciate.

-We had over 104,000 views on our Snapchat story, with a 65% engagement rate!
-We reached over 770,000 people on Facebook
-We received more than 1,000 likes and 130 retweets across Twitter
-We increased our Snapchat following by 13% in two days
-Our story was picked up by Buzzfeed, Elle Australia, Yahoo, Travel and Leisure, and more
-Feedback was incredibly positive across all channels

Our audience ate it up - pun intended. They loved the corporate humour, and felt they were a part of a bigger story of Australian pride and spirit. Our goal in this activation was to grab the attention of the Australian public, and to position our brand as modern, relevant, and more generally kind-spirited. We're known as the Spirit of Australia, and through this Snapchat activation, we were able to show not only our spirit, but a different side of Qantas -- one that is always up for a bit of fun with the Australian people. Our Snapchat activation made this possible. 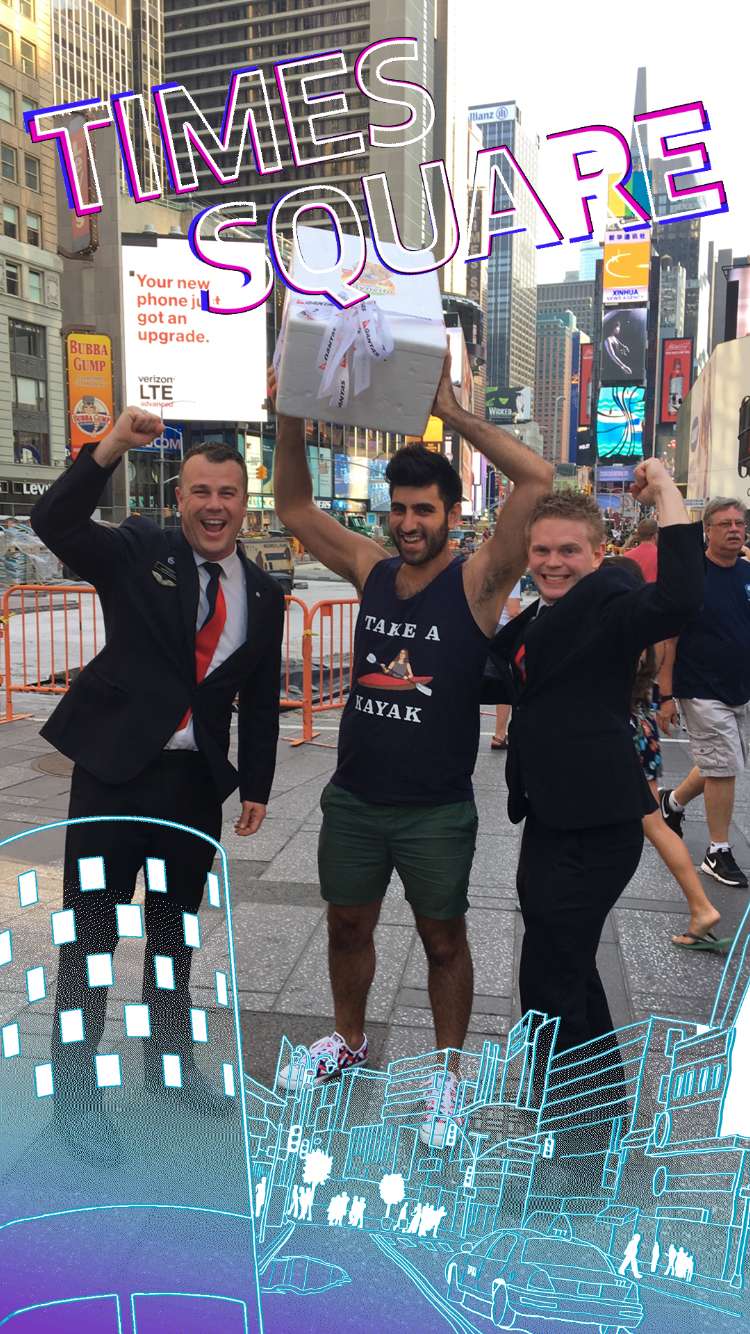 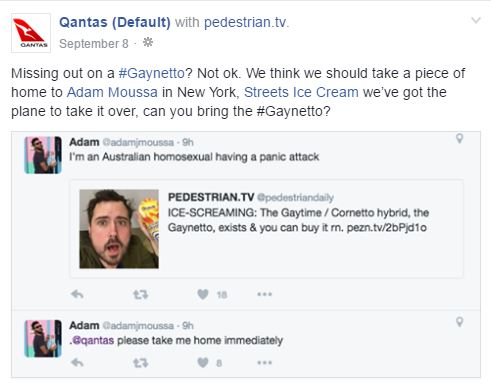