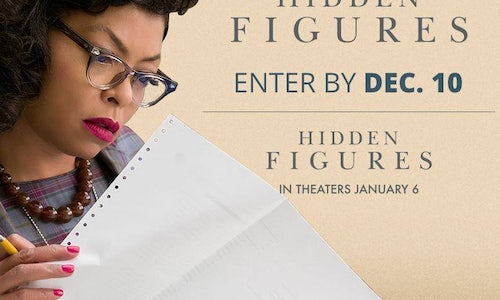 Demonstrate PepsiCo's values around women and diversity in the workplace and the importance of STEM.

To provide women and girls with exclusive opportunities that will inspire their future STEM-related careers while advancing their present skills and education.

Aid in building buzz around the release of the Oscar nominated film "Hidden Figures."

Inspired by the movie Hidden Figures, PepsiCo and 21st Century Fox partnered to find the next generation of women who will lead the way in STEM. We invited women and girls who had yet to be recognized for their great work or potential in STEM to share their stories for the opportunity at a scholarship and more.

To do this we:

Created an integrated, multi-platform campaign that included paid, owned and earned media through digital and social platforms, television, theater and the film talent to reach a broad audience.

This contest was only open to women and girls 13-19 and 20+ in order to target an underrepresented community and encourage more women to consider STEM as a career. By partnering with 21st Century Fox/20th Century Fox - the producers of Hidden Figures, i am OTHER - Pharrell William's organization, and the New York Academy of Sciences we were able to create a targeted campaign that reached a relevant audience but also created a larger platform for the conversation about women in STEM. We were also able to leverage film assets and talent to closely tie us to the film and create an even larger platform for this conversation.

The contest was structured in three parts; submissions, semi-finalists and an panel judges to determine winners. The submission was comprised of two short essay questions then each was judged to determine 50 semi-finalists, 25 in each age group. The semi-finalists were then judged by an all-star panel including Pharrell Williams, Donna Gigliotti, producer of Hidden Figures, and Ellis Rubinstein, president and CEO of NYAS. From the semi-finalists, two winners and 10 runners up were selected for a 50K or 10K scholarship + other prizes.

In addition to the the submissions we also created interactive "STEM" games to challenge visitors of the site to test their STEM skills and asked consumers to submit their "real-life STEM" moments on social.

Overall the campaign was a huge success that more than doubled our expected entry numbers, reached millions of women, and generated engagement with the content and overall STEM materials provided. This was one of the largest corporate campaigns executed in recent years by PepsiCo.
Please see confidential section for specific results. 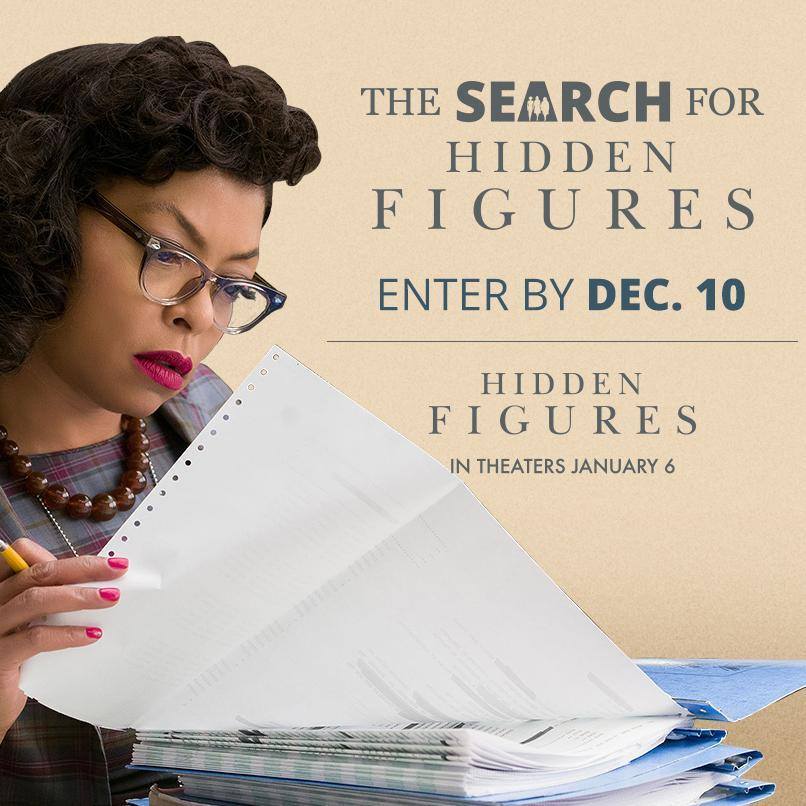 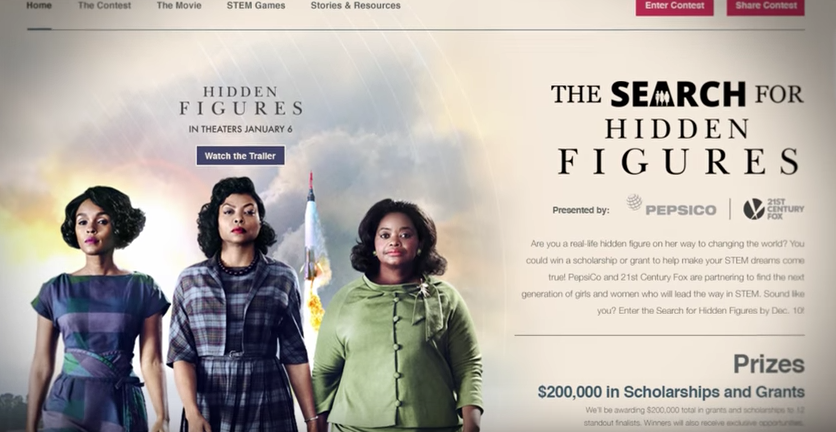 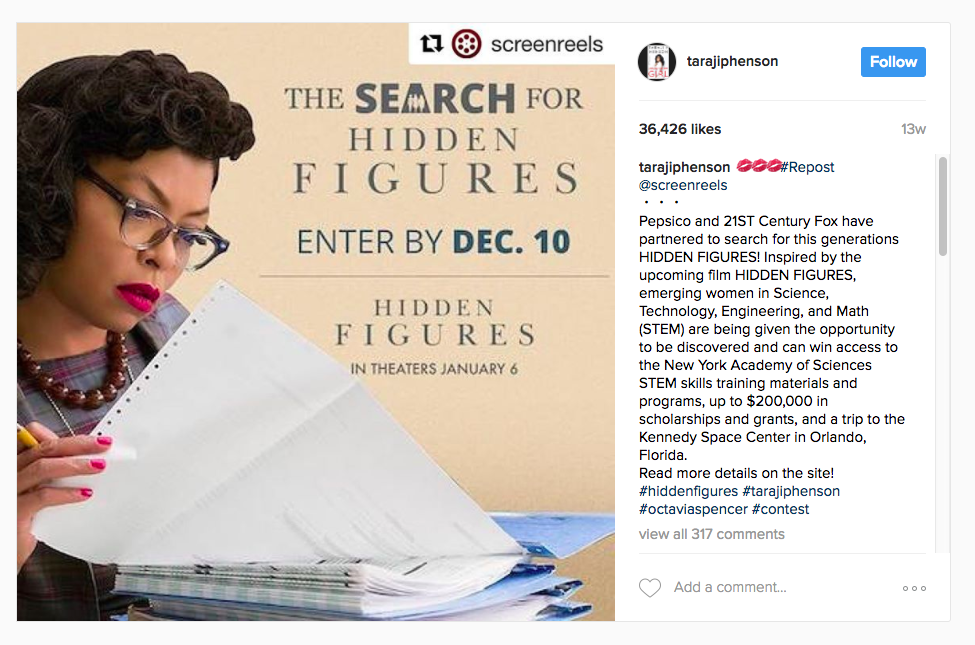 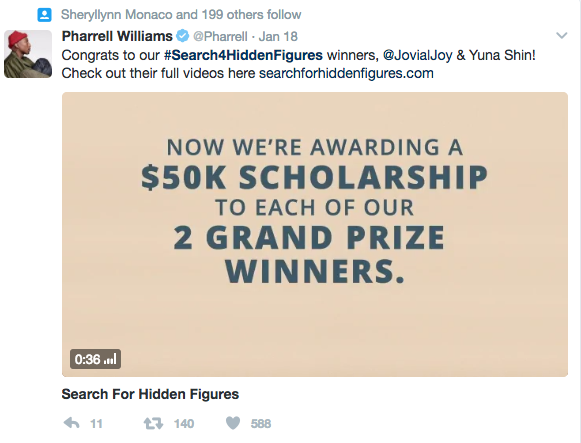 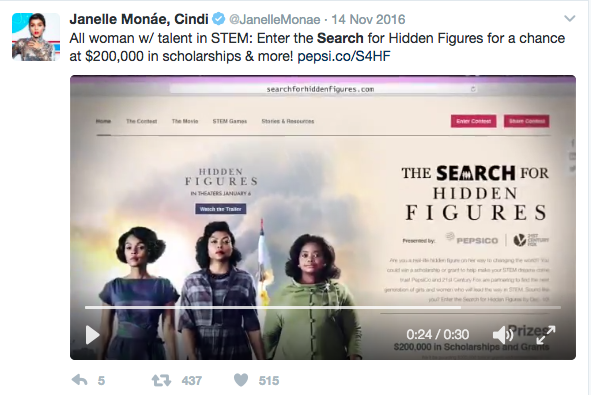