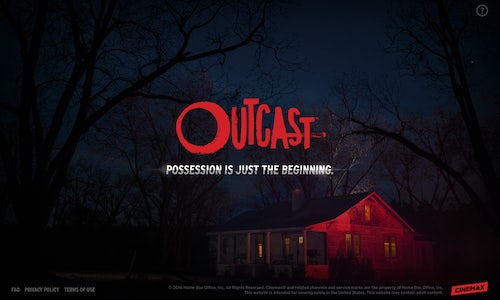 Our client, Cinemax, wanted to further establish its reputation for quality genre programming with the premiere of their new show, Outcast, from Walking Dead creator Robert Kirkman.

We were enlisted to create an experience to introduce its possession theme and generate buzz, leading to increased fan excitement and genre credibility.

Smartly, Cinemax didn't want to give away too much frightening footage prior to premiere. Regardless, we knew we needed to deliver a scare-factor worthy of Robert Kirkman's reputation.

To overcome this challenge we considered the tradition of great horror films, like Jaws and Rosemary's Baby, where what's not shown can be even more powerful than what the audience sees. From this insight, we worked to exploit the most powerful effects engine of all: our imagination.

Imagine a story so frightening, it makes you afraid to open your eyes and afraid to close them.

This was the premise "Possession Begins," an interactive trailer controlled by the user's eyes.

When people close their eyes, they're immersed in the virtual audio story of their possession by a terrifying demon. If they open their eyes to escape his grasp, they see horrifying possession imagery, their mind altered by his dark power.

There is nowhere to hide.

We asked fans to don headphones and enable their webcam. The moment fans closed their eyes, our cutting edge eye-tracking technology triggered the virtual audio story to play through their headphones.

Outcast's demon whispered in their ears. They heard the visceral sounds of bones cracking, and flesh tearing. Even loved ones trying desperately to exorcise the demon. We created this hyper-realistic soundscape through live, binaural recording, so that every fan feels like they're trapped with this evil presence.

And as fans opened their eyes to get away, our tech would catch it, and they'd see horrifying visions that mirrored moments from their possession--one of ten intense video montages created from show footage.

By the end, there was no doubt Outcast's new breed of evil burrowed deep into fan's minds.

We adapted and optimized the terror for mobile, where an intuitive and simple long-press allowed fans-on-the-go to shift seamlessly between the 3D audio story and the dark visions.

"Possession Begins" innovative brand of horror helped propel Outcast to become Cinemax's most watched premiere ever, with 4 million views across streaming and broadcast.

From industry to fan culture to the technorati, the impact was clear, as the campaign generated over 68 million original impressions in less than a month.

Here's what the press had to say:

"...Rethinks the way ads and trailers are displayed today." -PSFK

"...If you're prone to screaming during scary movies, maybe don't test this out at the office." -ADWEEK

"...The twist here is that the trailer is actually interactive, using, get this, your own eyes to control the video." - BLOODY DISGUSTING

"...Forces you to keep your eyes closed in order to progress, and makes sure everyone that watches it gets into the right frame of mind to do so."- ENGADGET

"Possession Begins" proved there are fresh ways to give the horror-loving masses new kinds of nightmares. 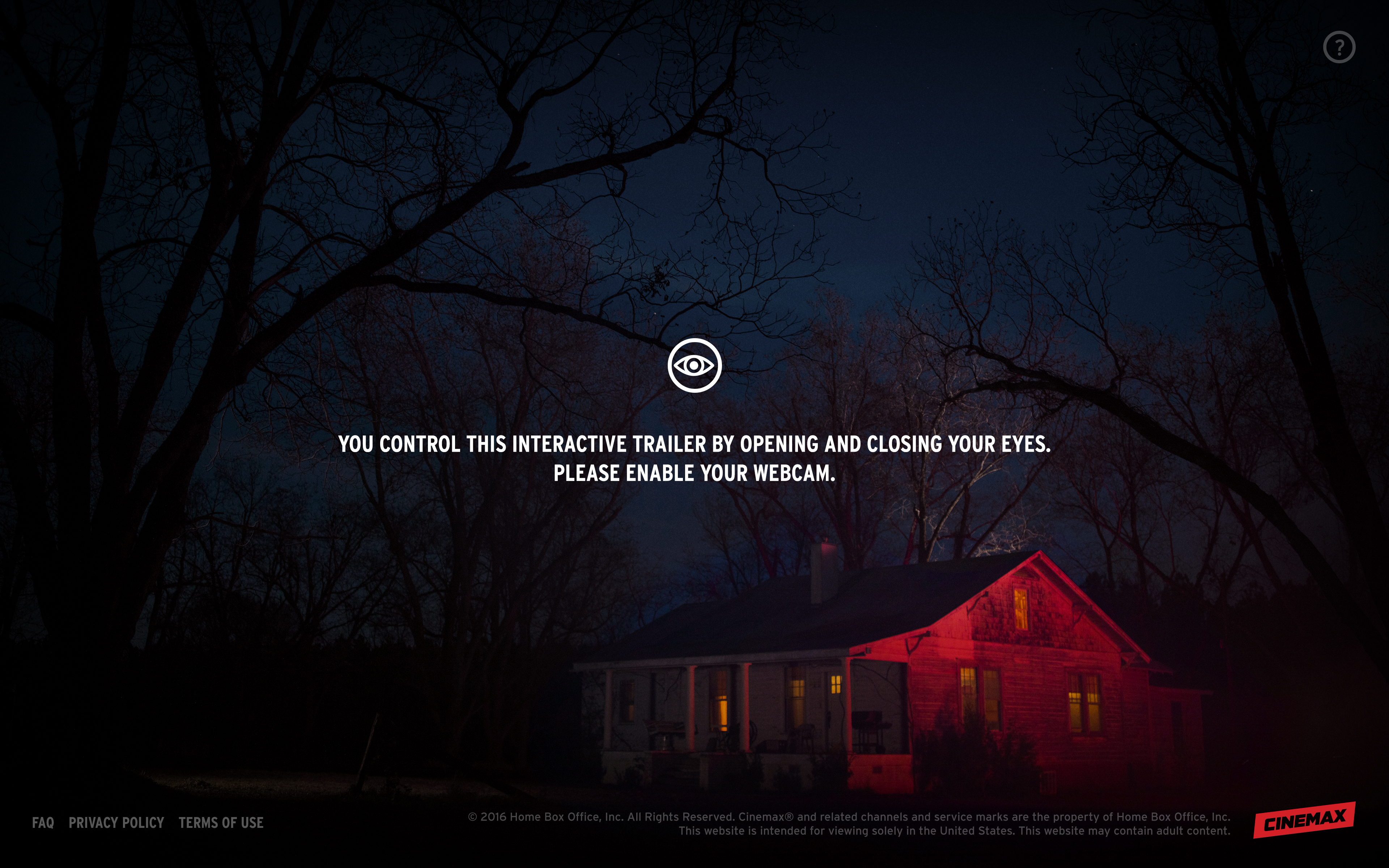 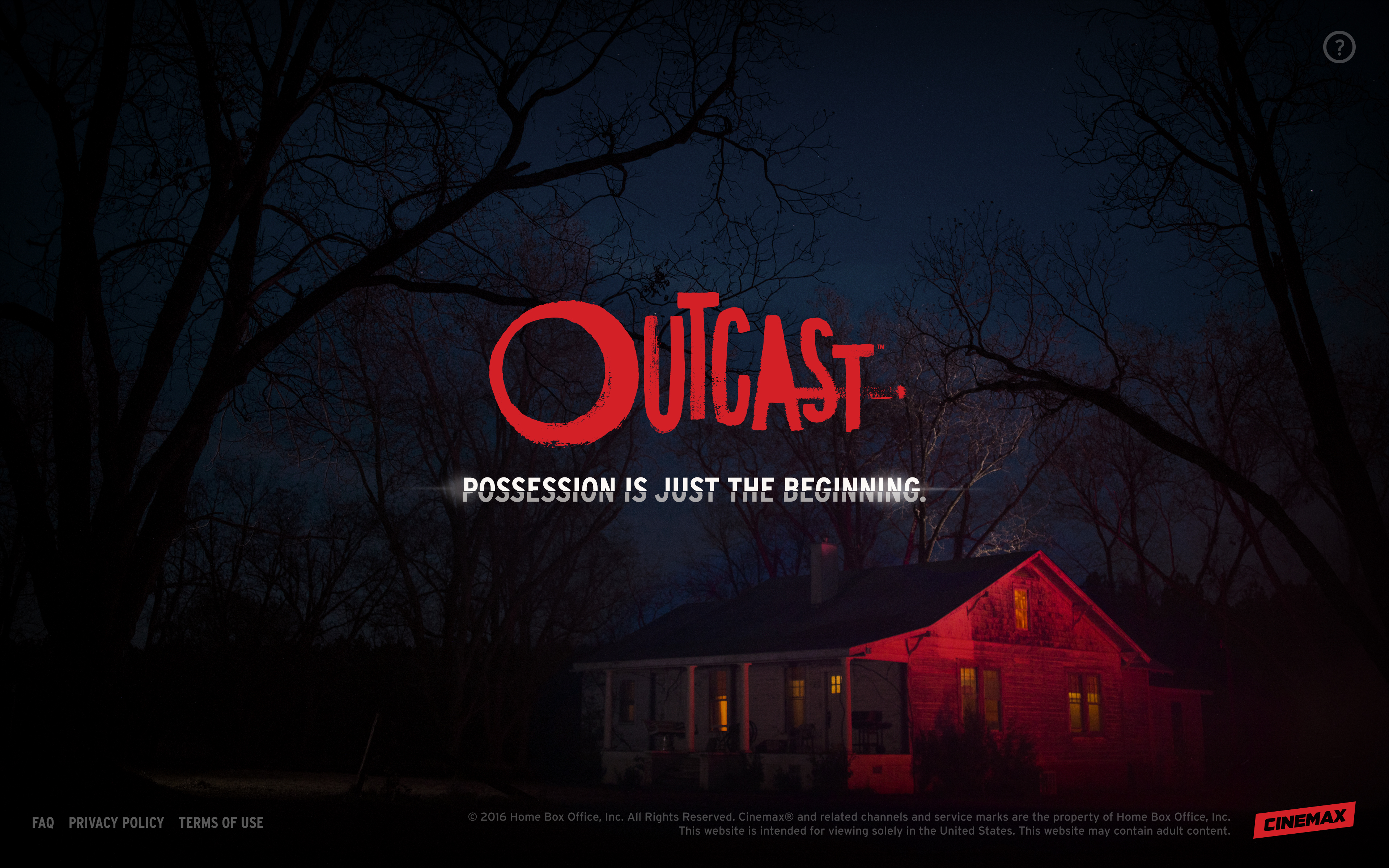 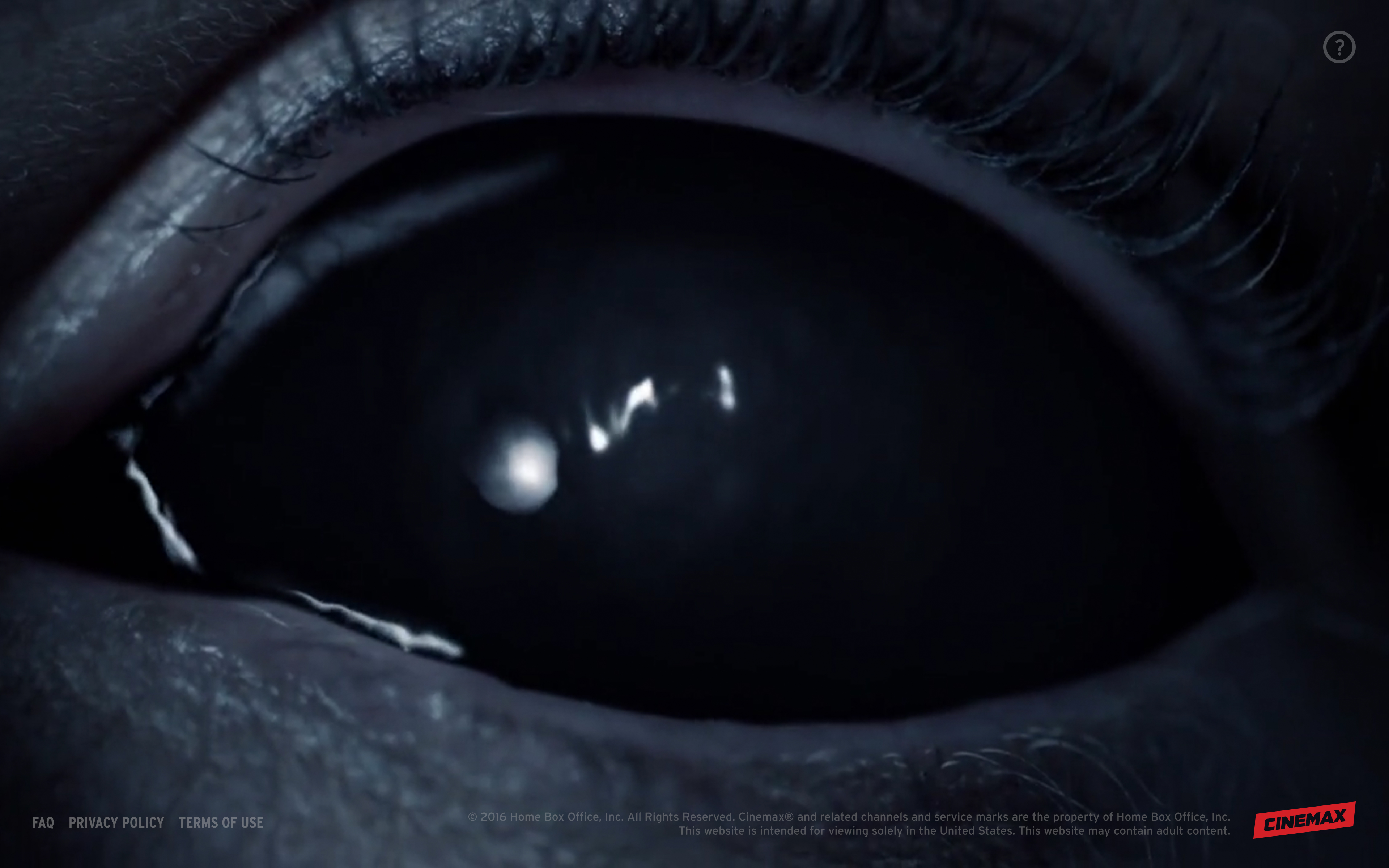 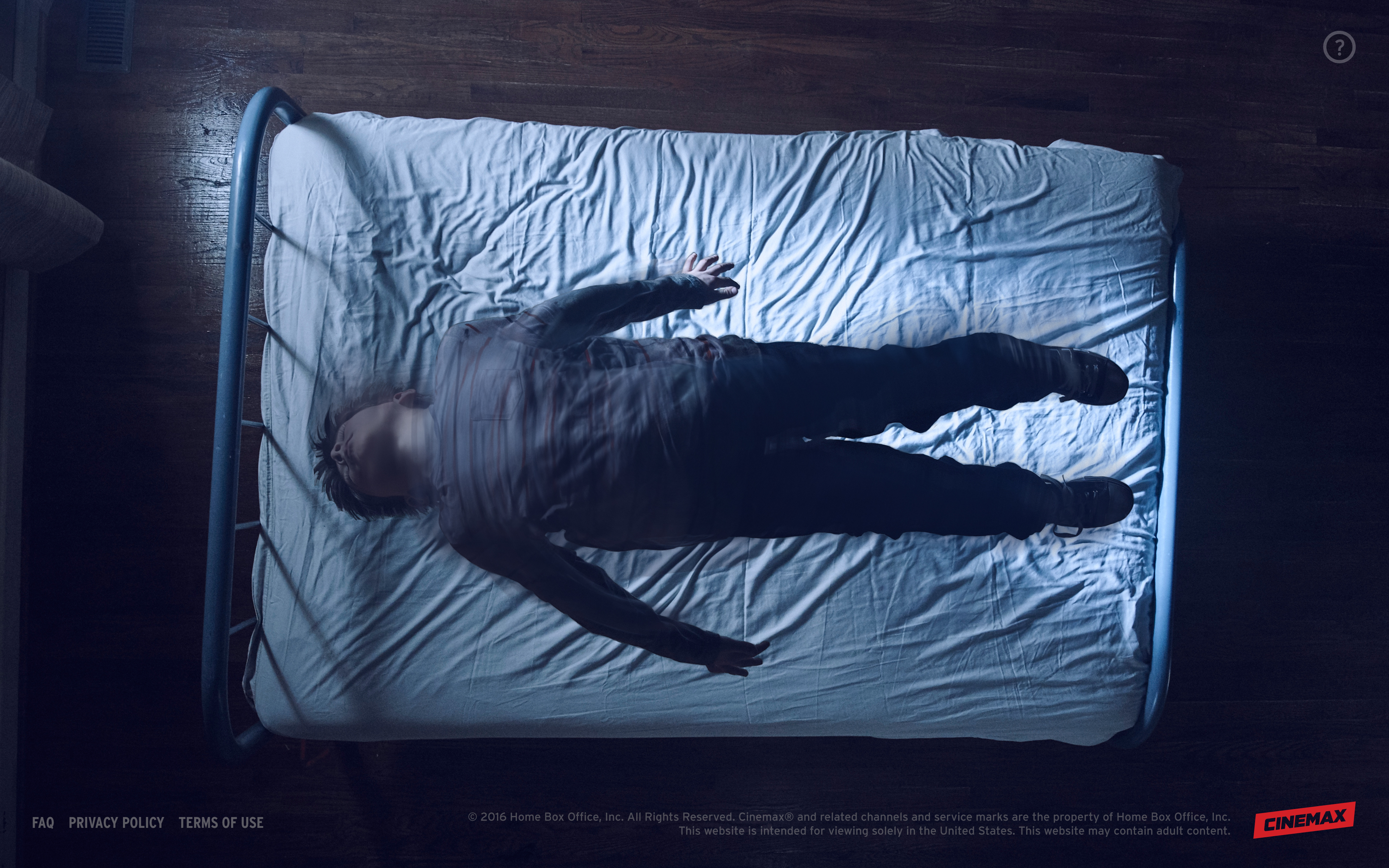 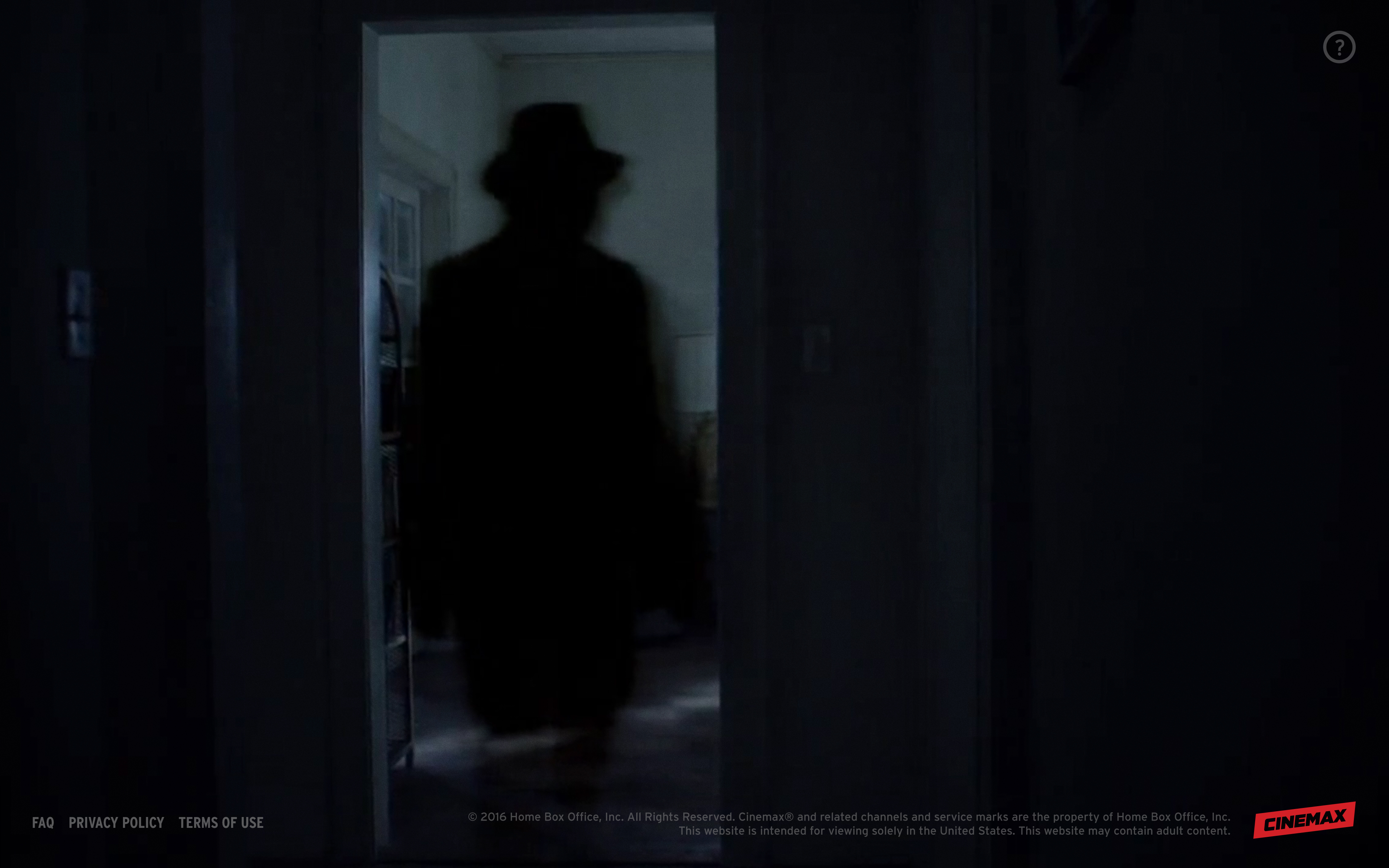