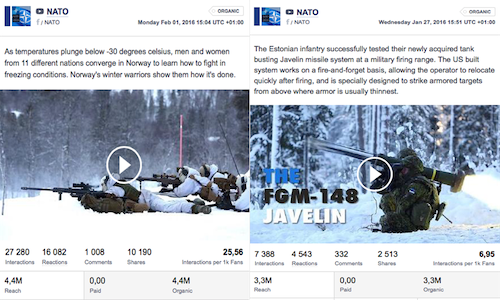 In 2016 the team intensified overall usage of social media and in particular the use of native uploaded video to increase awareness about NATO and to highlight its role and current missions.

One of the objectives was to boost the organic reach of the published video content on our Facebook Page by adapting the videos to the platform, improving style and storytelling and using Facebook native video upload to increase reach, video consumption and user interaction.

Data analysis of 2014 and 2015 owned social media data allowed us to identify what type of content works best with our target audience. We acknowledged the need to be data-informed and not necessarily data-driven. Data insights were used to improve existing content and to develop better and more appealing future content.

Based on the insights and results of previous video uploads, the team improved existing videos and also continuously improved production of new video content which was shorter (i.e. platform adapted) used better storytelling combined with an improved style and attractive footage.

Whereas commercial companies have significant budgets to spend on social media advertising, our biggest challenge was to improve the reach and engagement of the content with no advertisement/promotion budget, so we had to rely solely on organic reach.

Compared to the global decrease in organic reach for Facebook - currently at the level of 5-7% - we see this as a significant achievement.

By adapting the videos to better fit the platform (both in length, content and style) and by aiming these at the broadest possible global target audience (with a focus on NATO member nations), we managed to increase reach and awareness about key topics on NATO's agenda and more importantly we managed to grow outside of the traditional NATO bubble and reached a significant amount of non-fans of the NATO Facebook page. 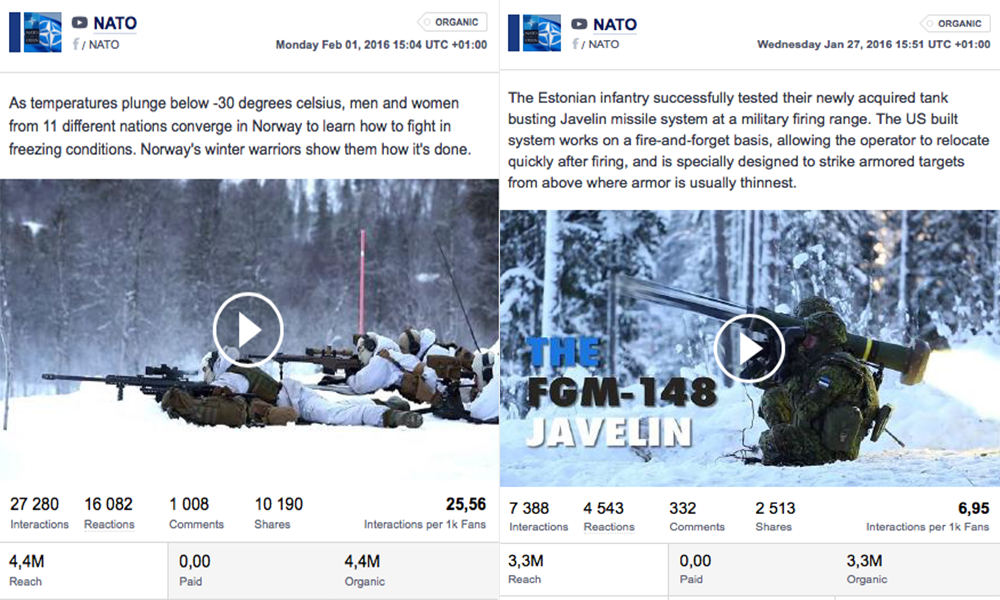