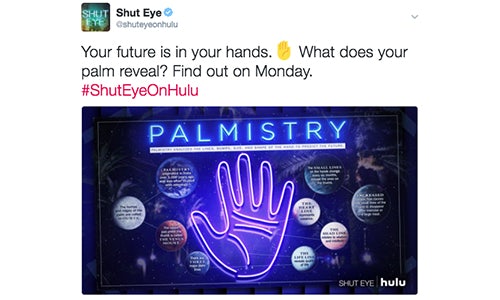 Leading up to the premiere of Hulu's new original series, Shut Eye, we wanted to drive awareness of the season 1 show about psychics in LA and encourage streams. To achieve this and leverage excitement around the show premiere, our objective was to build a social activation that encouraged users to interact directly with the TV show on Facebook, Twitter and Instagram, and share their participation with their followers. We aimed to create an on-brand activation that would launch days before the December 8 premiere and run through the first week post-premiere.

Because Shut Eye is about the world of psychics, our activation needed to be mystical. With this in mind, we chose to create an interactive palm reading, where users would be directed to share an image of their palm and tag @ShutEyeOnHulu on either Twitter, Instagram or Facebook for a custom palm reading in return.

We first teased the activation with a palmistry infographic, paired with post copy: "Your future is in your hands. What does your palm reveal? Find out on Monday."

Next, to officially kick off the activation, we released an instructional video that featured show talent explaining how to participate. In addition to posting the video natively on our social channels, Hulu shared the post on their brand channels, and we started receiving submissions immediately. Throughout the next 10 days, we responded to users within 24 hours of submission.

Each reading was customized to the users' palms by using palmistry books and guides to draw general conclusions about the participant's personality, career and love life.

The readings were received with appreciation and surprise, with replies like, "That's pretty much spot on!" "That is so true." and "That's exactly what I like to hear!"

- Over 500 palms were submitted

- On Twitter, the CTA video received 92k impression and 1.1k engagements. Of over 200 palm readings on Twitter, there were 80 retweets, reaching thousands of potential new fans.

- Instagram followers grew by 200% during the period of the activation 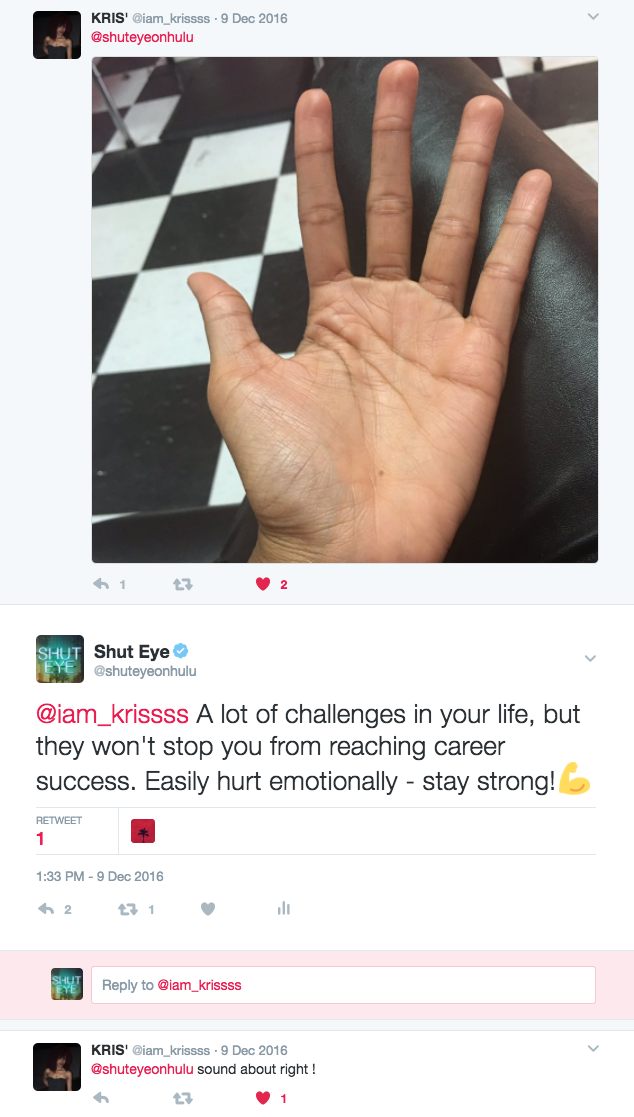 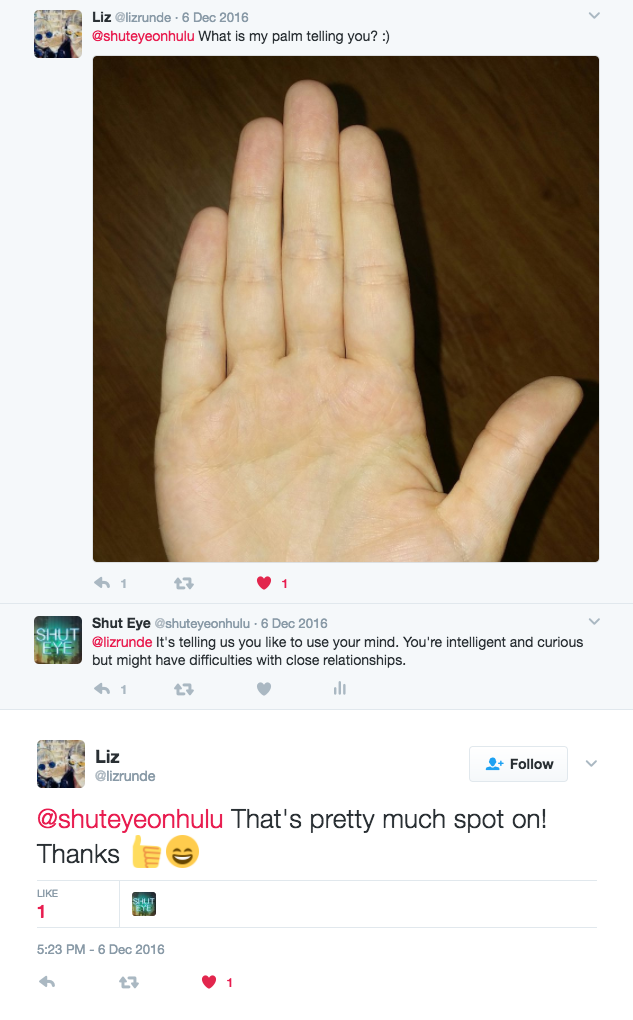 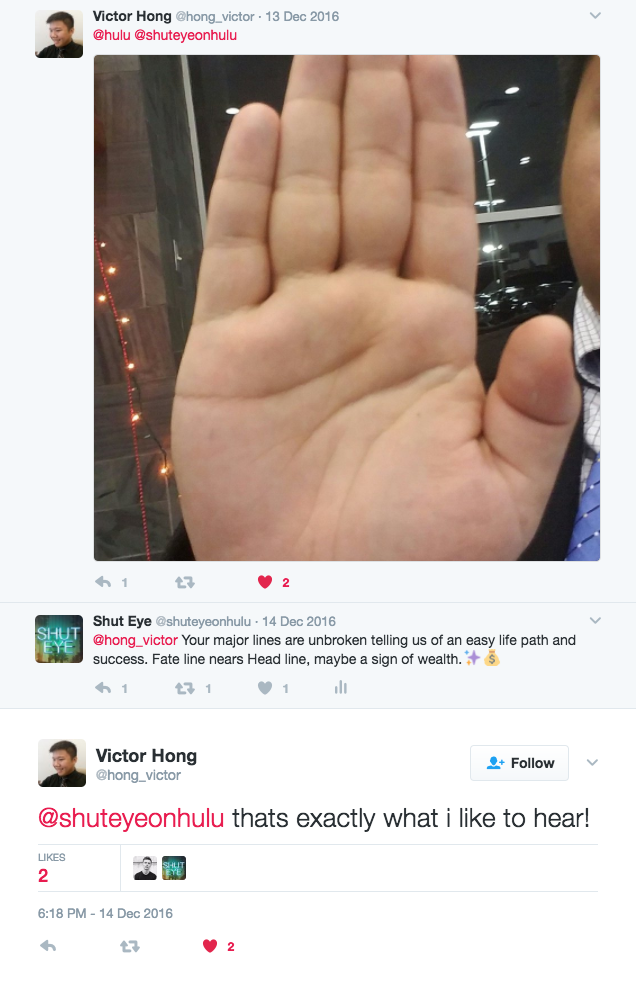 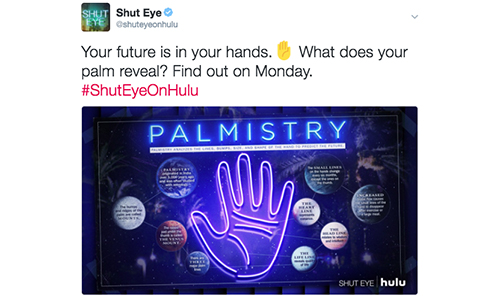 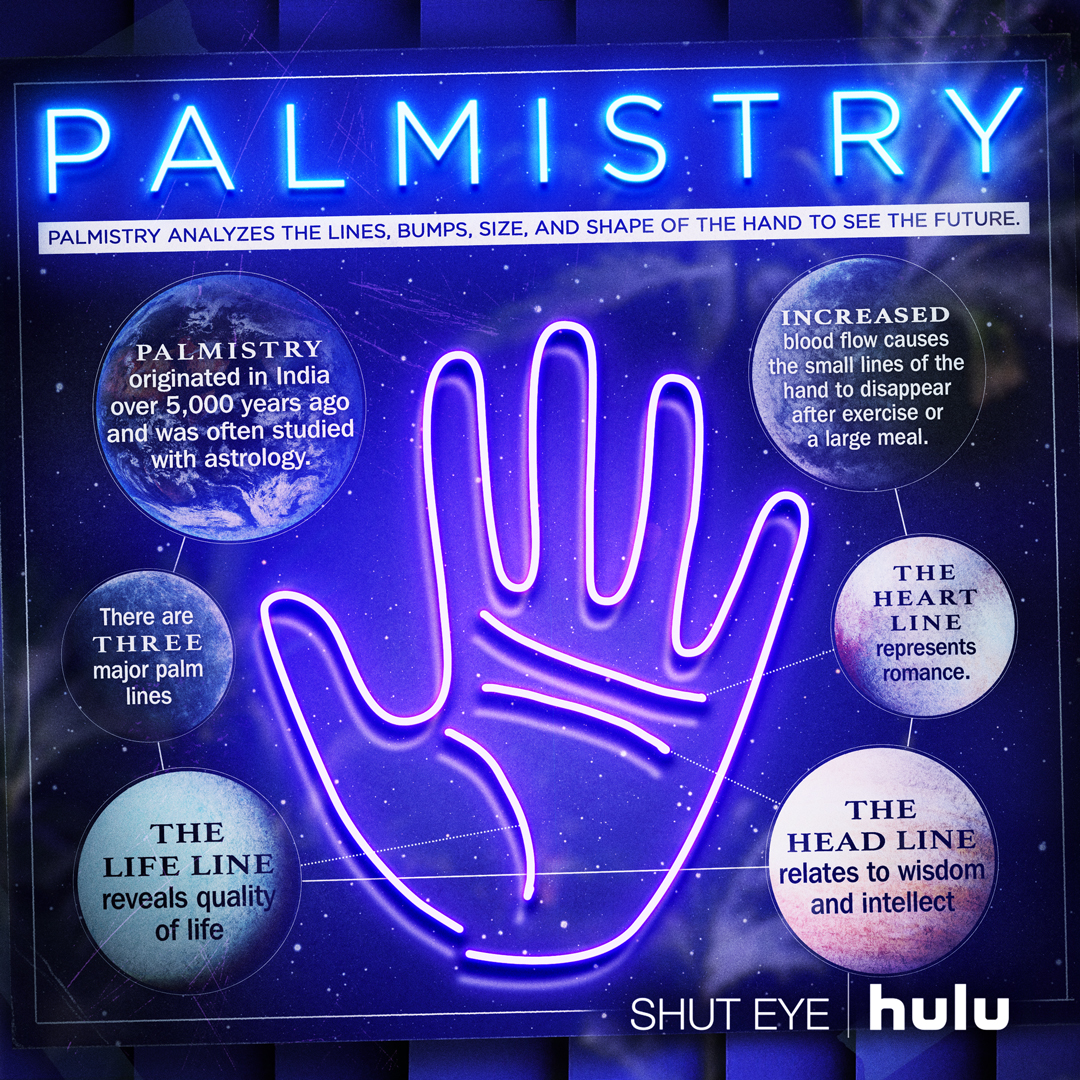