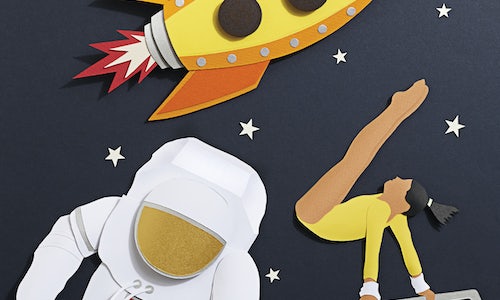 It's been exactly 1454 days since the 2012 London Olympics, and while we've gone about our ordinary lives, Australia's Olympians have embarked on a different kind of journey: Incredible journeys that have been nothing short of Wonderfilled. As an official sponsor of the Australian Olympic team, Oreo wanted to get all Australians behind our athletes and appreciate how amazing they truly are.

Because of this sponsorship, it was important for Oreo to have a voice during the Olympics. However, the Olympics is one of the noisiest times for advertising and we knew that sponsored and unsponsored brands would be fighting for attention. Social media was always going to be a big part of the Olympics and if we were going to play in this space, we needed to create content that really stood out. We were not able to outspend our competitors, instead we needed to gain cut through using a distinctive style that would stand out in a feed of macced-up social posts, memes and Getty imagery.

The unique visual style that we created was designed to set us apart. In addition, we wanted to frame how amazing these athletes are in a unique way that the average person could relate too. A pole vaulter vaulting six metres is hard to contextualize how high and how impressive that actually is. But vaulting over the tallest giraffe is another way of framing the feat. A way that's a little more fun to think about.

We worked with world renowned paper craft artist Benja Harney to create a highly crafted paper craft visual style. Over the course of 4 weeks he painstakingly created 10 pieces of art for us which were then photographed and used as our social posts. This bespoke nature of our content resulted in a look that we could own and allowed us to stand out from the rest of the crowd during the Olympics.

We crafted a series of posts that coincided with a range of Olympic events that we knew Australians were competing in. We then posted this content at the time of the event to maximize the impact and tap into a receptive audience. This allowed us to use the cultural currency that had been generated at that moment in time and increased the chances of the content being organically shared.

Our Oreo Facebook and Instagram community is very active and positive. Often these people are our biggest advocates and champion our brand to their own social networks. By providing them with rich and interesting content, that didn't feel like ads, we were able to generate unprompted sharing and spread the Oreo sponsorship message far and wide. 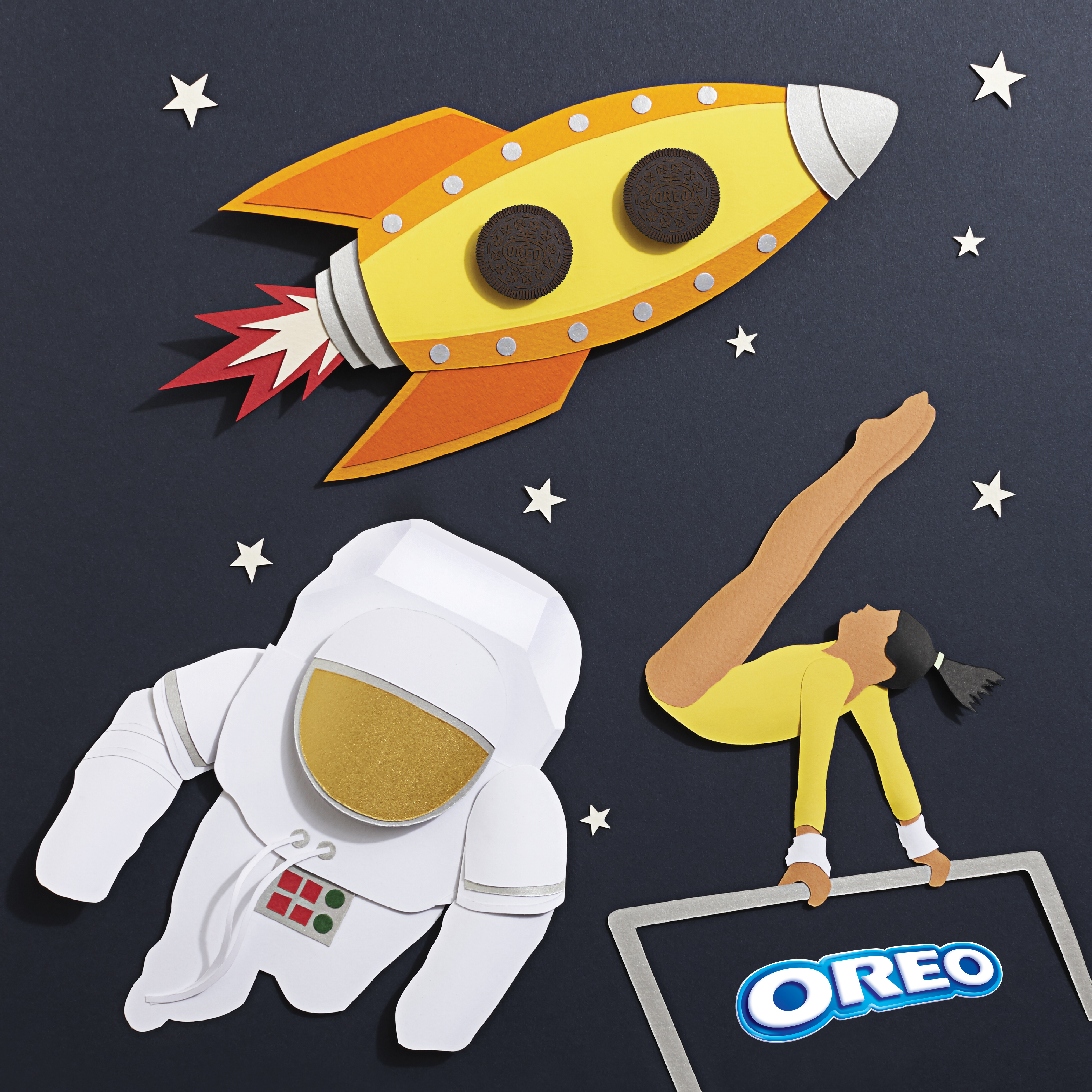 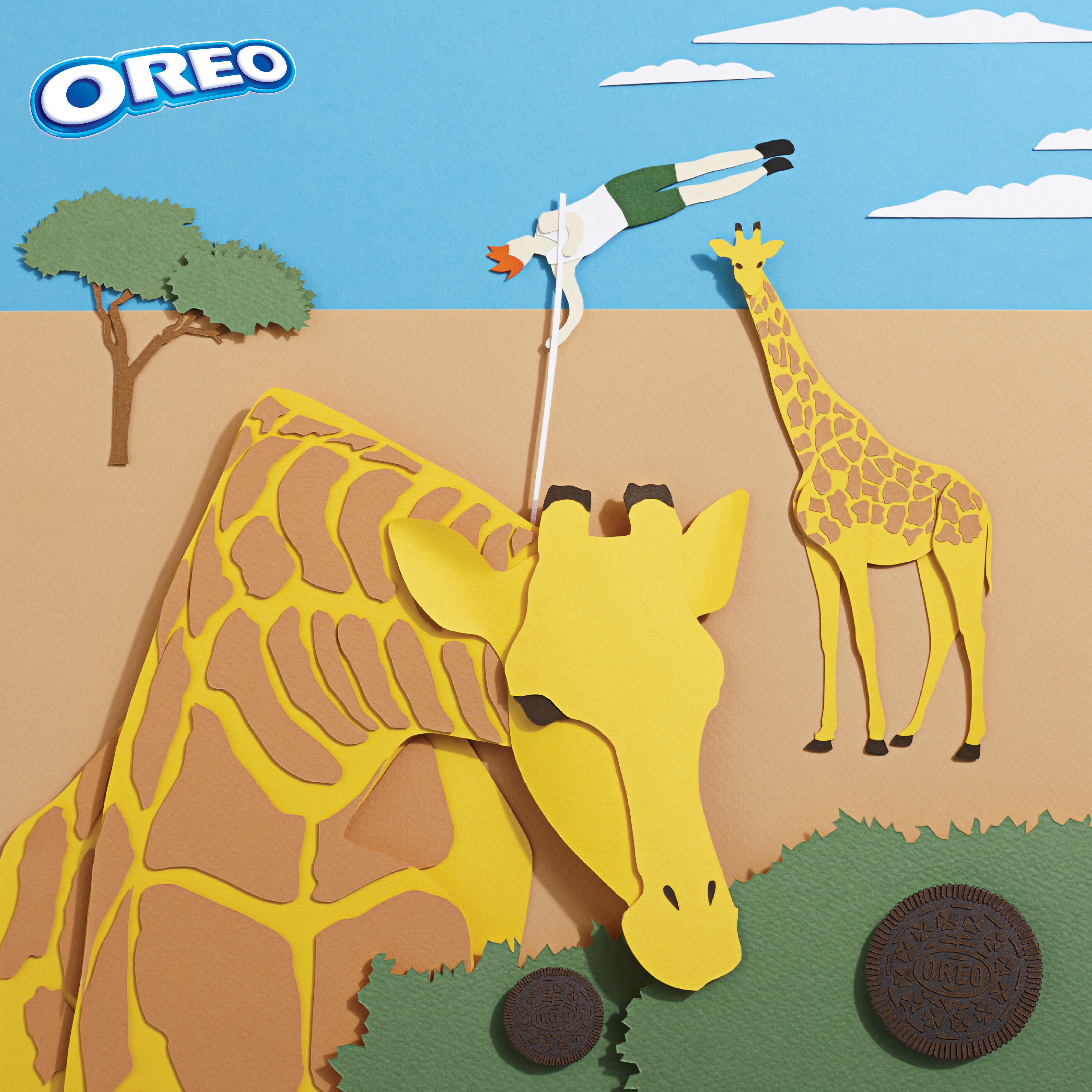 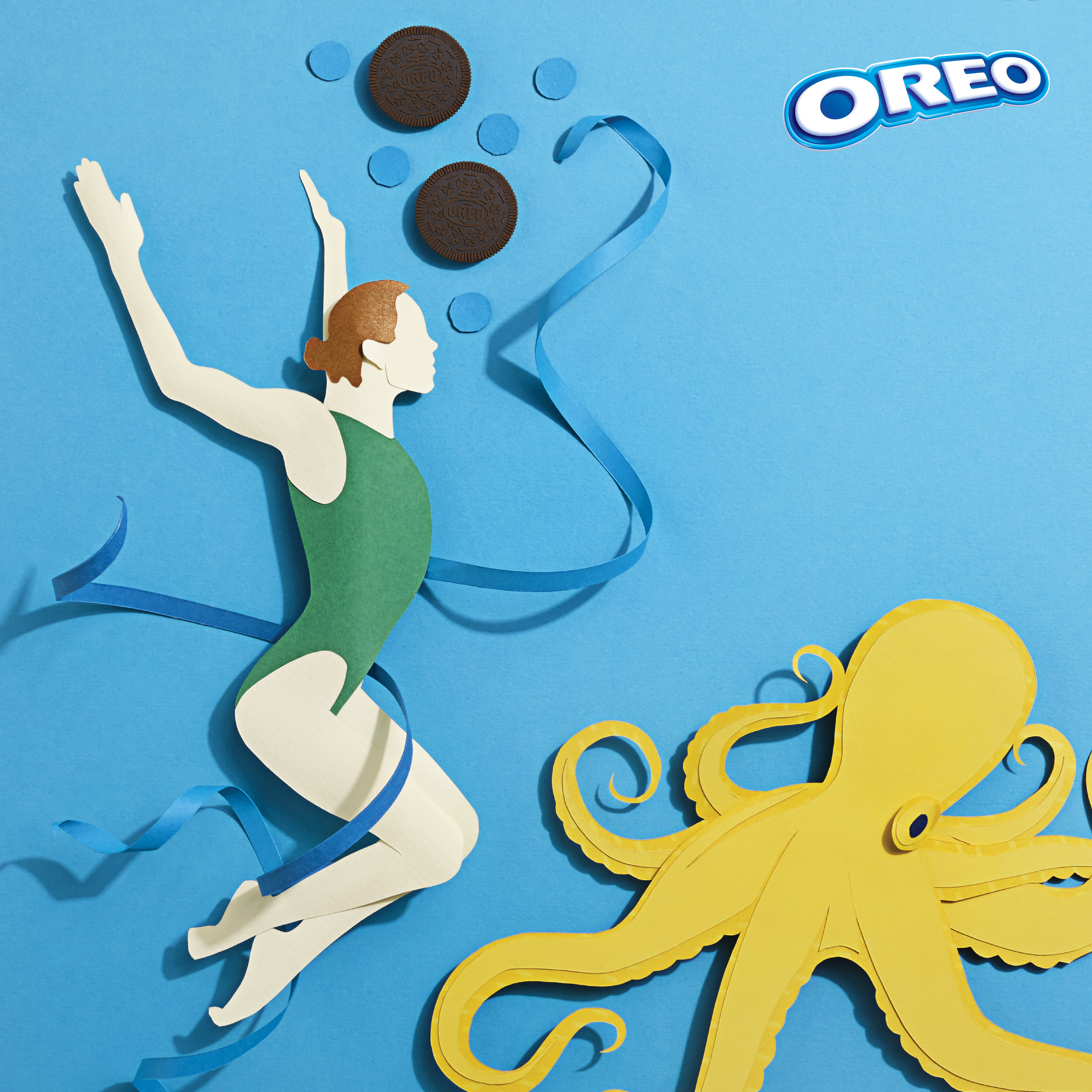 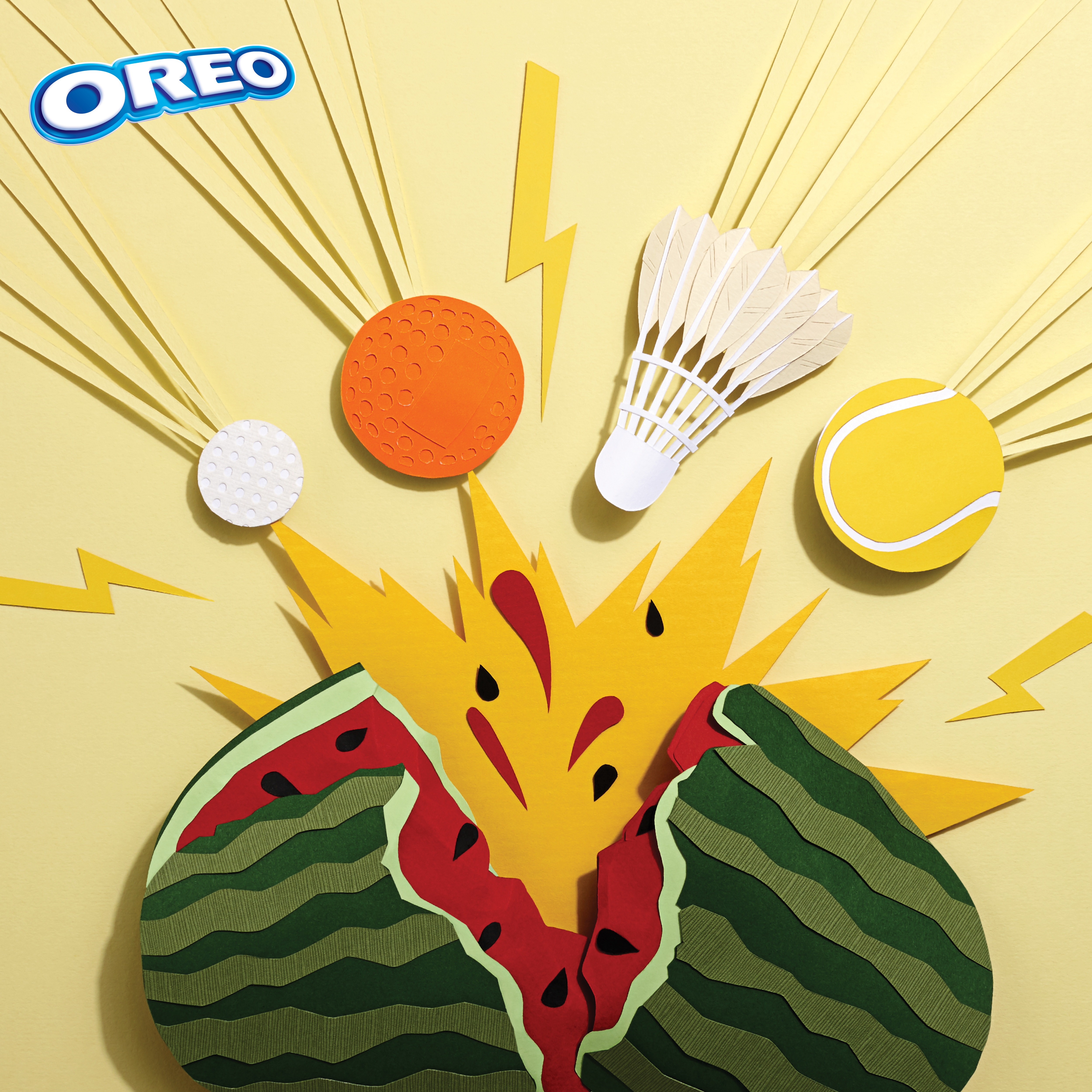 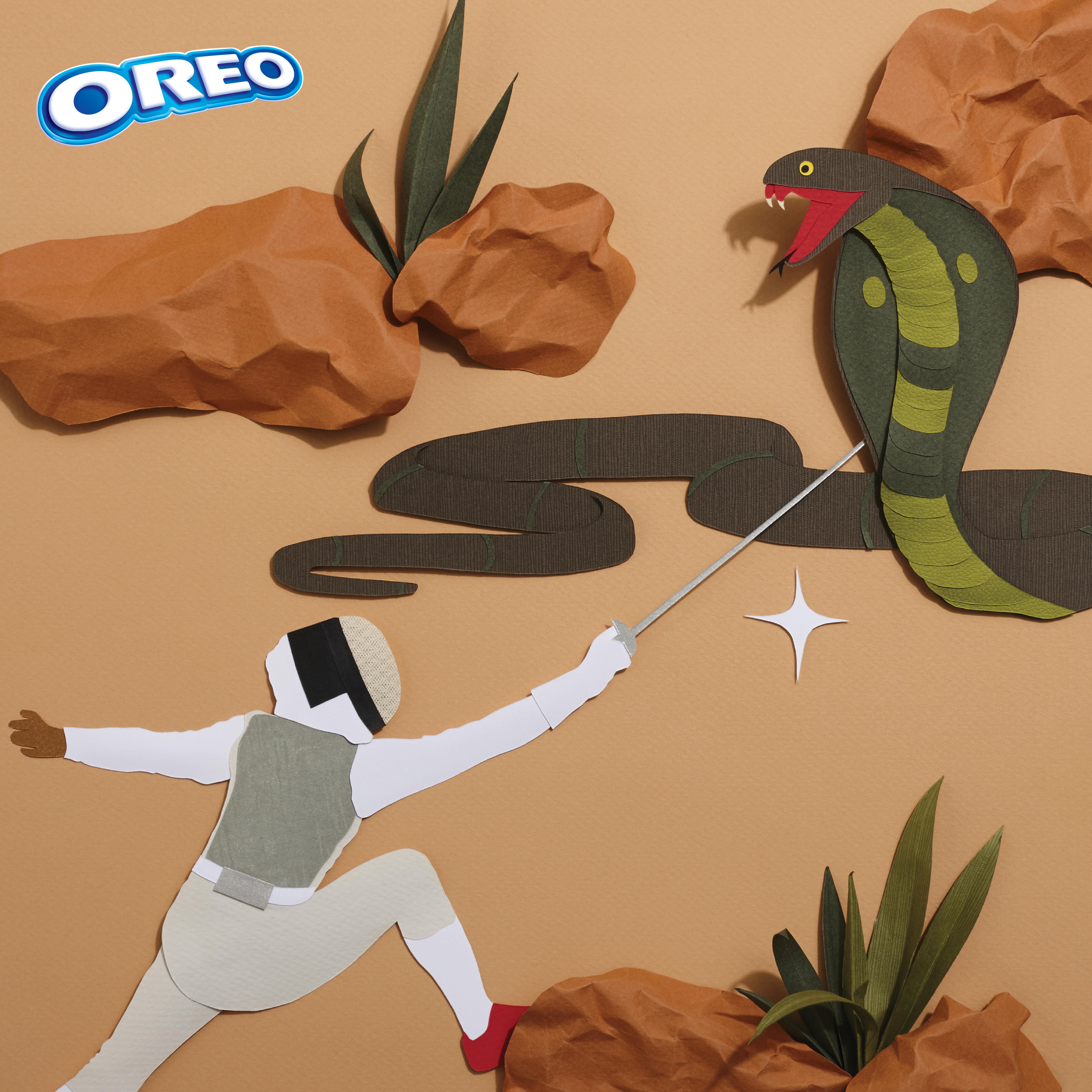