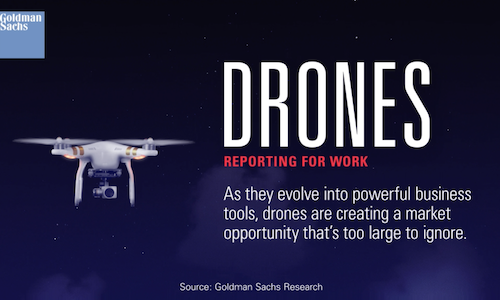 Grounded in thought leadership, the report explained, through a series of statistical analyses, the largest technology use cases globally and how disruptive technologies such as drones often drive disruptive regulation, which in turn can lead to reverberating macroeconomic impacts.

Following the report's publishing, macro-insights from the research were turned into an immersive, interactive infographic, which was housed on GoldmanSachs.com/drones.

Key data points and elements of the infographic were then leveraged to create highly visual and interactive social media assets, which were amplified across the firm's owned social channels and the infographic itself was promoted in paid syndication.

The "Drones: Reporting for Work" social campaign sought to bring the drone research to life with the following objectives:

Build favorability for GS, demonstrating their commitment to innovation and by providing valuable insights to their core target audiences.

Position GS as a thought leader in the areas of technology, macroeconomic trends and innovation.

To showcase the research findings in a way that would engage and break through with audiences, we amplified a series of visually eye-catching and interactive data-based social assets across Twitter, LinkedIn and Facebook. Each asset drove to the interactive infographic experience, which was housed on GoldmanSachs.com/drones.

All assets worked in concert to deliver a different piece of the data-driven story across social channels and ultimately drove a high level of quality engagements with the infographic on GoldmanSachs.com (nearly all posts resulted in a high average time spent on site, ranging from 2-3+ minutes).

On organic Twitter alone, we saw an earned total 332k impressions, and a potential reach of 3.2MM. 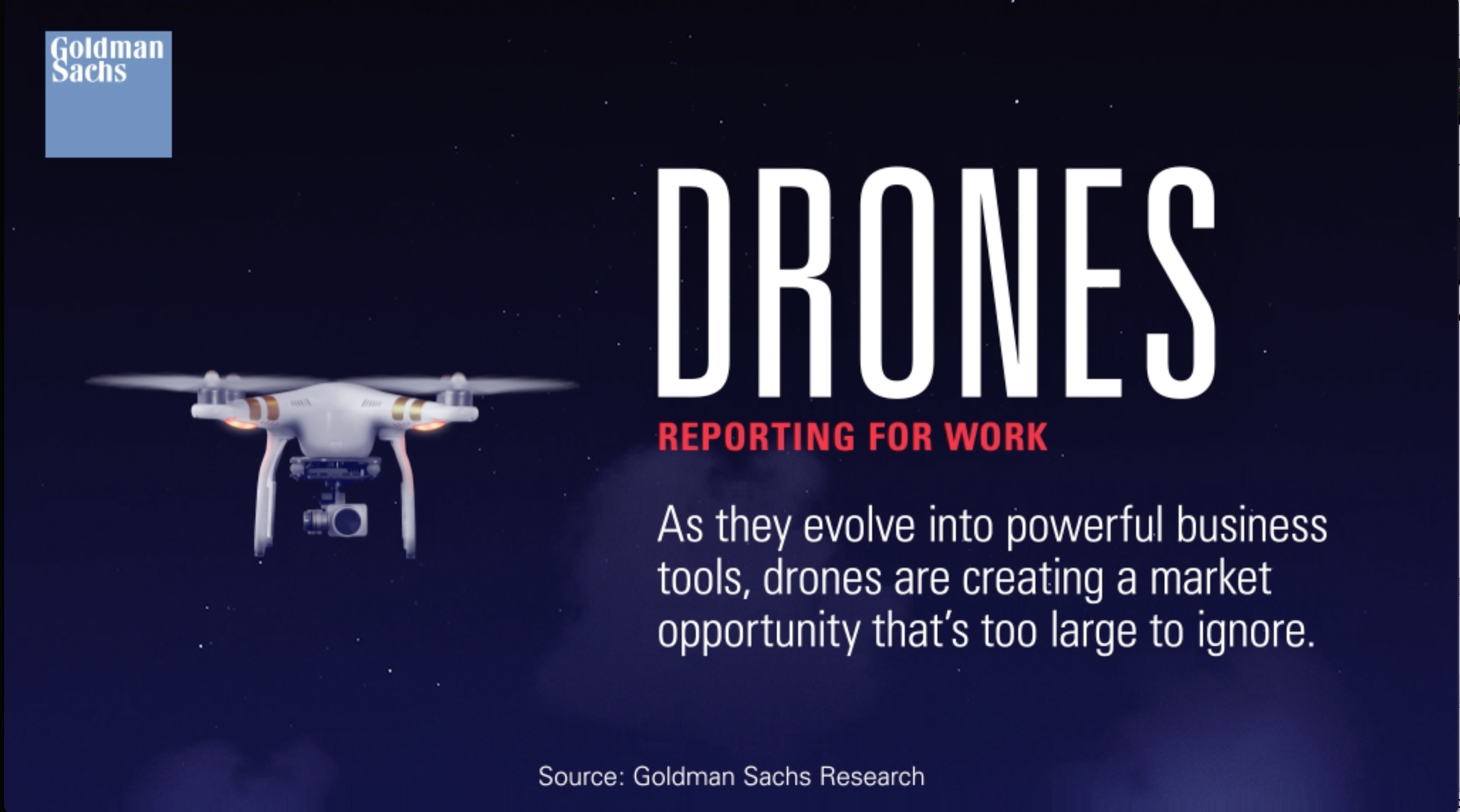