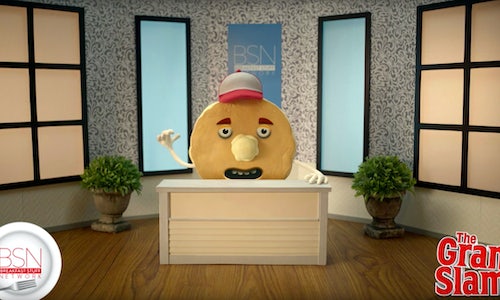 Years ago we brought to life Denny's most iconic dish with the web series The Grand Slams, working with Stoopid Buddies Studios (creators of Robot Chicken). To align with Denny's new pancakes launch, we wanted to make The Grand Slams more engaging and thought, "why not bring our beloved Pancake character to life?" We always wanted to talk to a Pancake, so why not develop a Pancake that talked back?

Our in-house technology team developed a puppetry app that incorporated a voice synthesizer and motion graphics to allow for real-time VO and animation to stream through Facebook Live's platform. We launched the activation with an episode in the style of QVC "Home Shopping Network" hosted by Grand Slams characters Sausage and Pancake that featured free merchandise. Halfway through the episode, we switched to Pancake live. Pancake fielded questions from viewers' comments and gave away exclusive, high quality swag items like skateboard decks and pancake leggings to keep viewers engaged.

In less than 30 minutes, over 1,500 swag items had been ordered, leaving a few fans wishing they could purchase the merchandise. Denny's swag was shipped to 47 states, where thrilled fans sported their goods online. Everyone in the tech realm, from Digiday to Facebook (who called asking how we'd pulled off real-time animation), was enamored by our talking Pancake. In the end, we connected fans to Denny's and The Grand Slams in a unique way, using a new platform, and saw a lift in purchase intent with our key target of millennial males/females 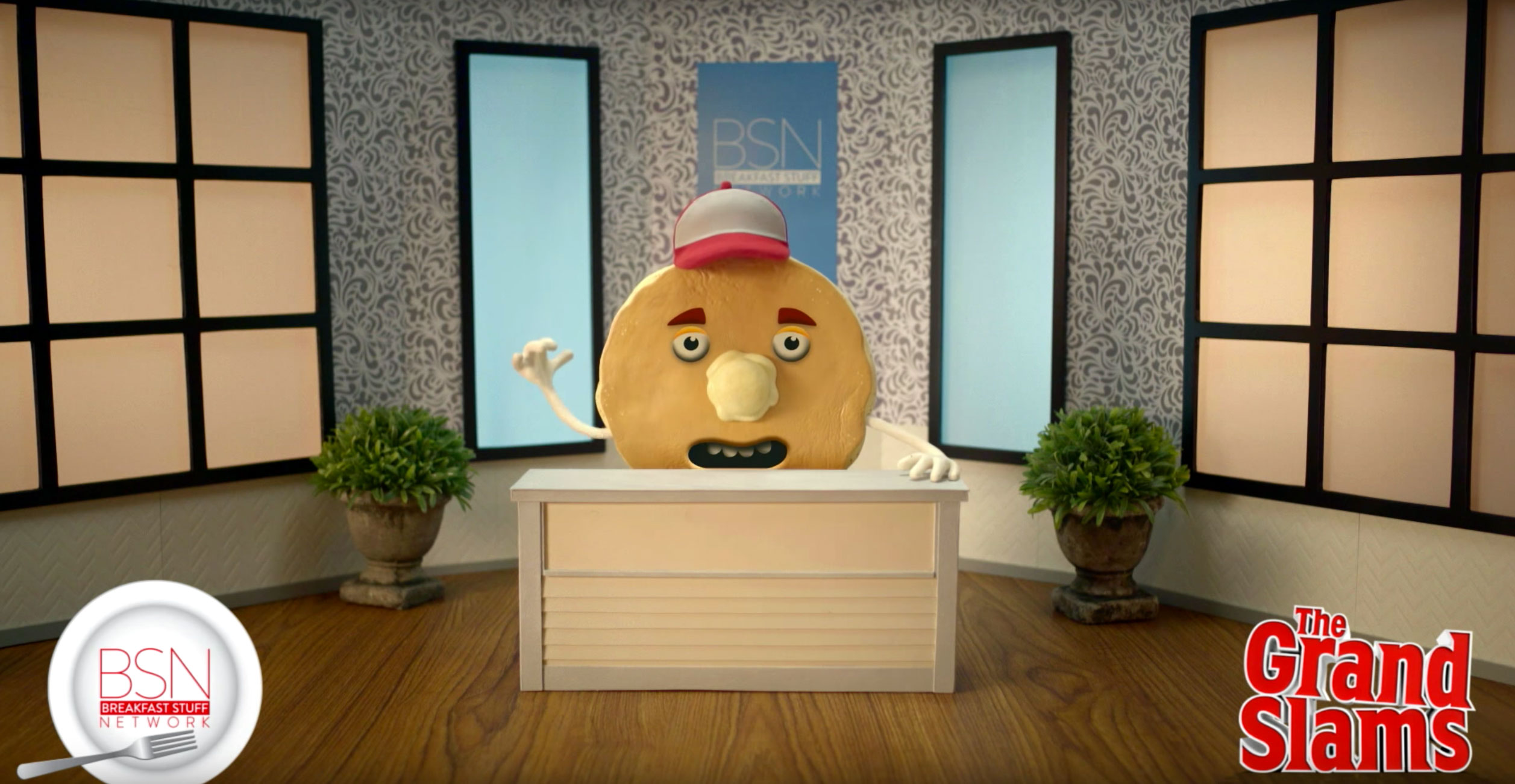