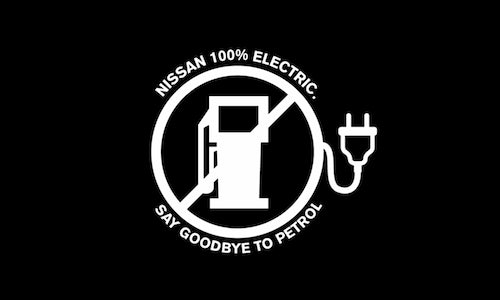 In May 2016, trade unions went on strike in France to protest against a new regulatory system, ending up in an almost paralyzed economy during a few days. As a result, most of the gas stations ran out of petrol and people had to queue for hours to get their tank filled.

Worldwide leader of the electric category, Nissan is very active on social networks to leverage its awareness and brand preference.

As an agency, our mission was to support the Nissan electric range all year long in a Real Time Marketing approach, thanks to online monitoring tools.

This activation is not a response to a specific brief, it was a proactive initiative from the agency.

Knowing that a test drive is a unique opportunity to convert drivers to electric cars, Nissan took advantage of a difficult situation to provide drivers with a unique brand experience.

While queuing for gas, prospects around Paris were offered the opportunity to experience a test drive in a Nissan Leaf (electric car). And during the test drive, Nissan staff replaced them in the queue before giving back the car with a tank filled.

Last but not least, a video has been shot during this guerilla marketing activation to extend its reach on social networks and traditional media.

Nissan electric targets all the car drivers who are willing to change the way they commute in large cities, while respecting the environment.

By implementing this tactical activation, Nissan electric managed to trigger interests among car drivers in urban areas. This very positive message reinforced the functional link with the brand (i.e. an electric car running without gas) together with the emotional link (human centric approach with a brand that cares about me).

This activation was a proactive project from the agency based on the complicated situation at that time in France. Following a positive feedback from Nissan on May 25th , we involved all the different stakeholders in a very short notice and the first test drives occurred the day after near Paris.

Only 27 hours have been necessary between the idea submission, the implementation, the filming and the post of the video case on social networks.

This activation generated more than hundred posts/articles on social networks, media and blogs. Last but not least, Nissan has been contacted by the biggest TV network in France (TF1) in order to film this initiative and interview the Nissan France CEO. This was broadcasted the day after the implementation during the evening news, resulting in a fantastic reach and visibility for this tactical activation and the Nissan electric offer.

Even if it is difficult to demonstrate a link with this initiative, Nissan France observed an increase of the electric test drives requests and visits at the Nissan dealers the weeks after. 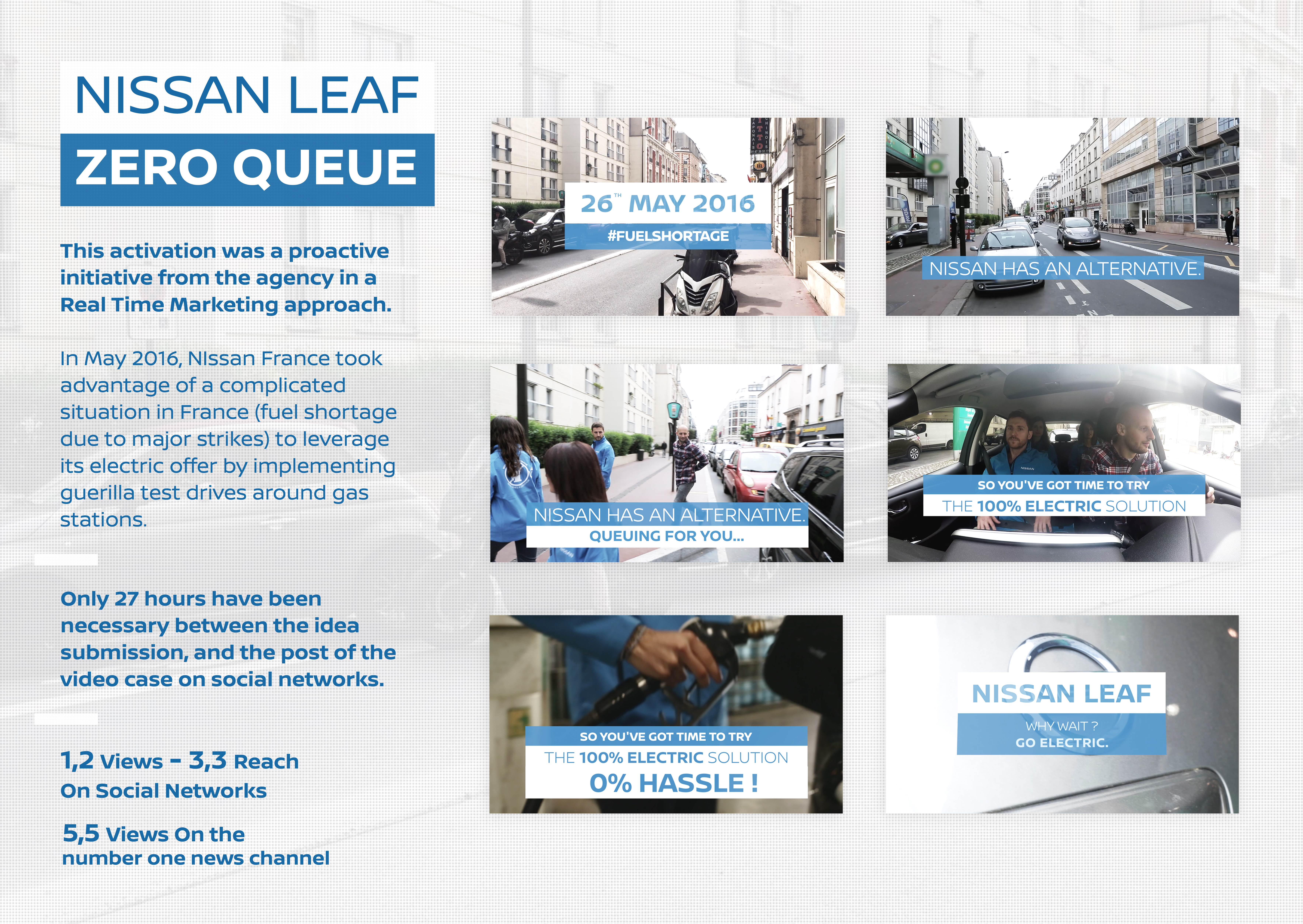 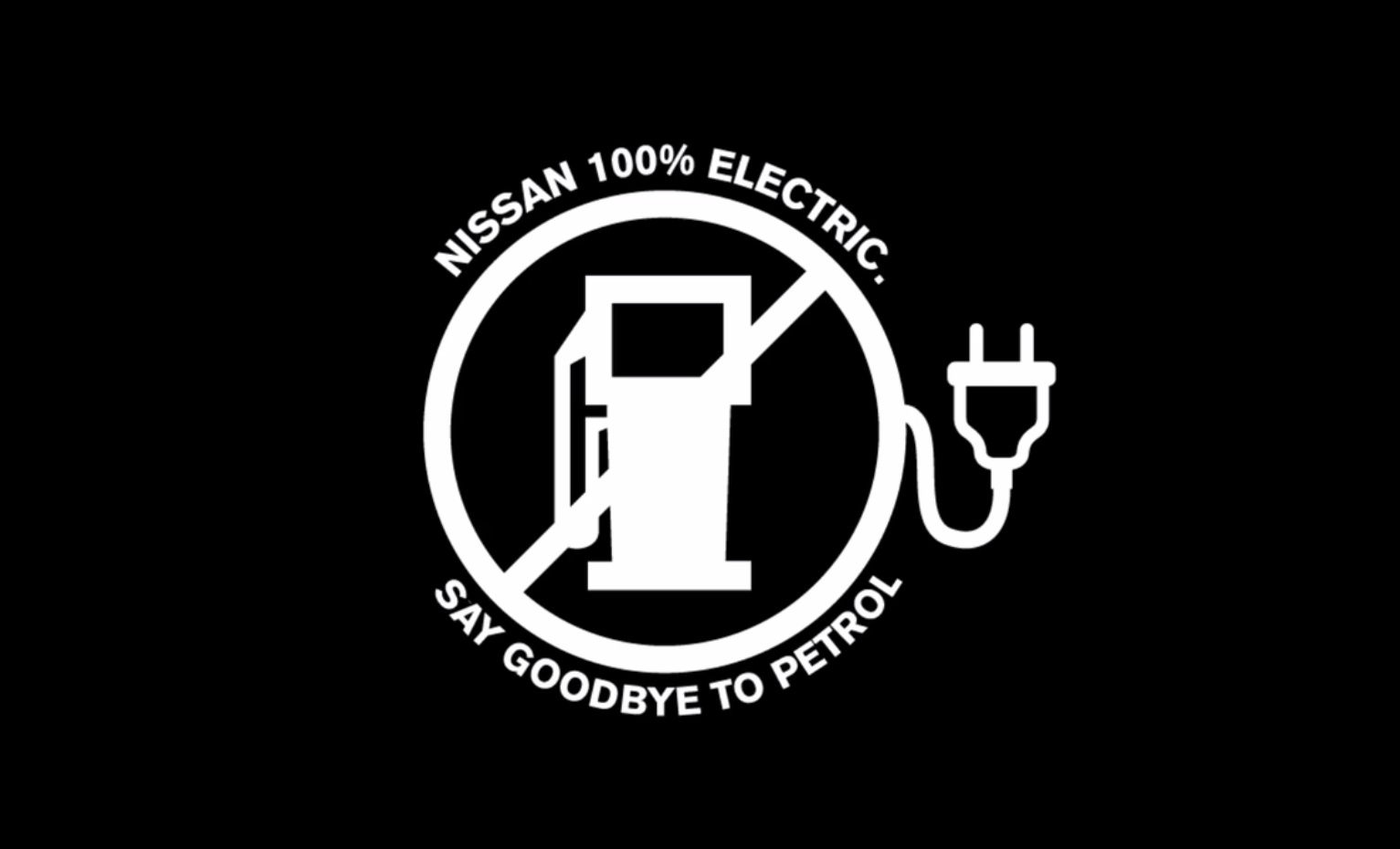