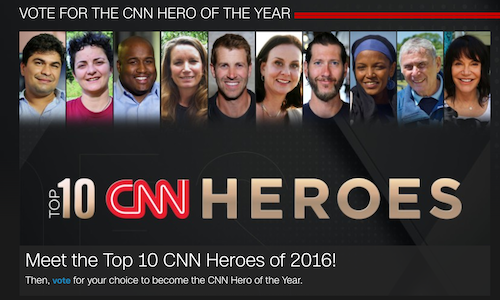 CNN's vision is to be the worldwide leader in mobile and video news storytelling. Continuously looking for new ways to connect with their audiences, CNN wanted to create a unique experience for fans around their award winning television special CNN Heroes. The goal was to reach and engage new audiences and create a more personal experience.

CNN turned to Telescope, as the leader in voting technology, to create and power a multi-platform social voting campaign. Taking the experience from TV to mobile and everywhere in-between…

Working closely with CNN, Telescope developed the first ever real-time global Messenger vote for CNN Heroes – honoring individuals who make extraordinary contributions to humanitarian aid and make a difference in their communities.

Audiences were also able to vote via Online and Twitter and CNN also produced two Facebook Lives from the red carpet before the show with the CNN heroes and celebrities including Neil Patrick Harris, Diane Lane, and Olympian Laurie Hernandez.

A truly multi-platform campaign, it gave audiences the opportunity to interact at multiple touch points.

Developing the first ever real-time Messenger voting solution enabled CNN to be at the forefront of content development for messaging applications. Audiences could watch the show and interact live with CNN on Messenger, creating a uniquely personal experience. Through Messenger, fans were also able to find out more about their Heroes and connect directly with the CNN News Team. The vote resulted in a ton of attention and engagement to the CNN Heroes page. The Facebook post announcing the winner went viral with over 73,400 shares and 3.3 million video views.

The campaign generated great feedback, trending on both Facebook and Twitter and the two Facebook Live Streams garnered over 500k views. CNN were able to reach new audiences around the world. 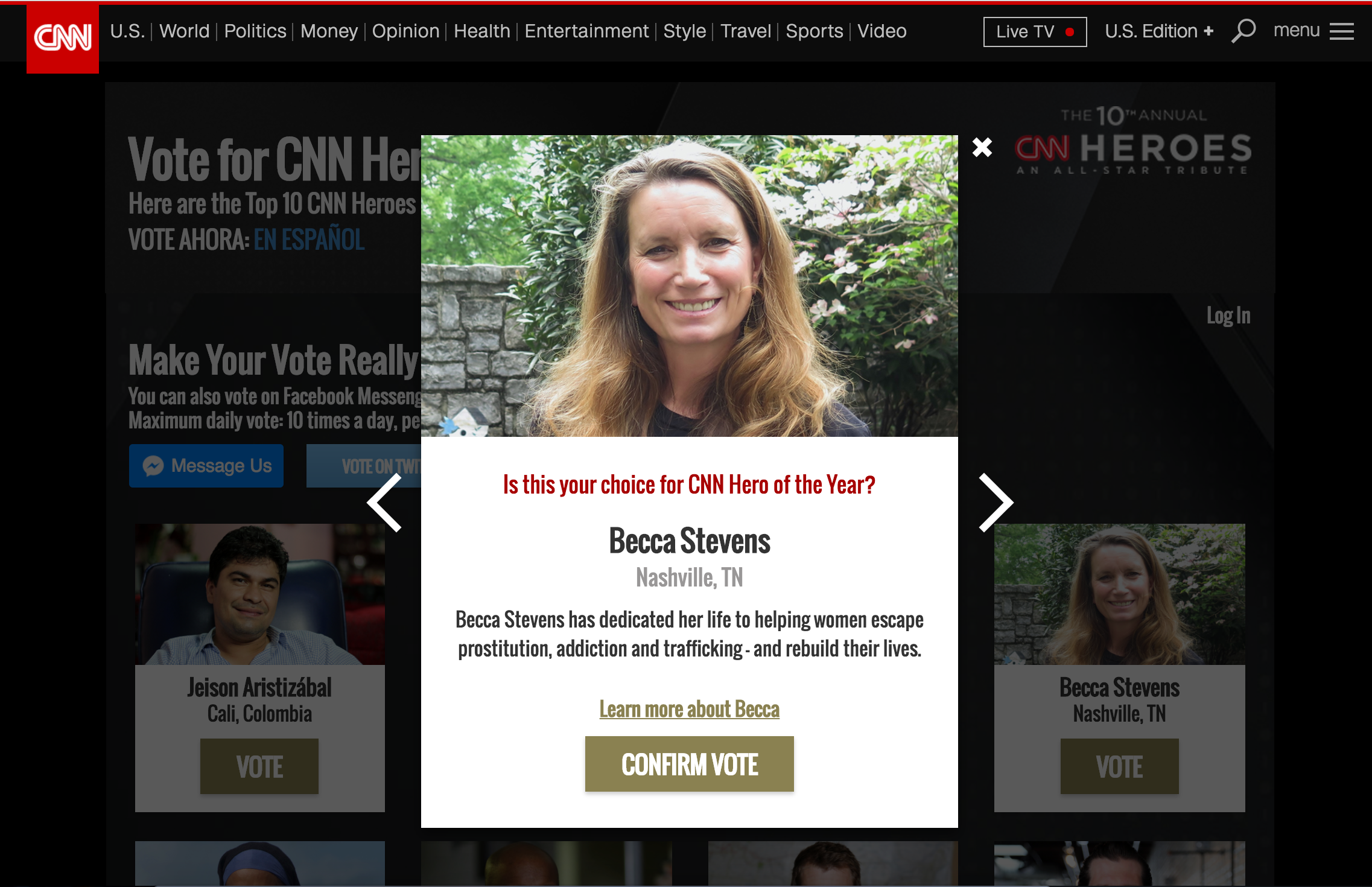 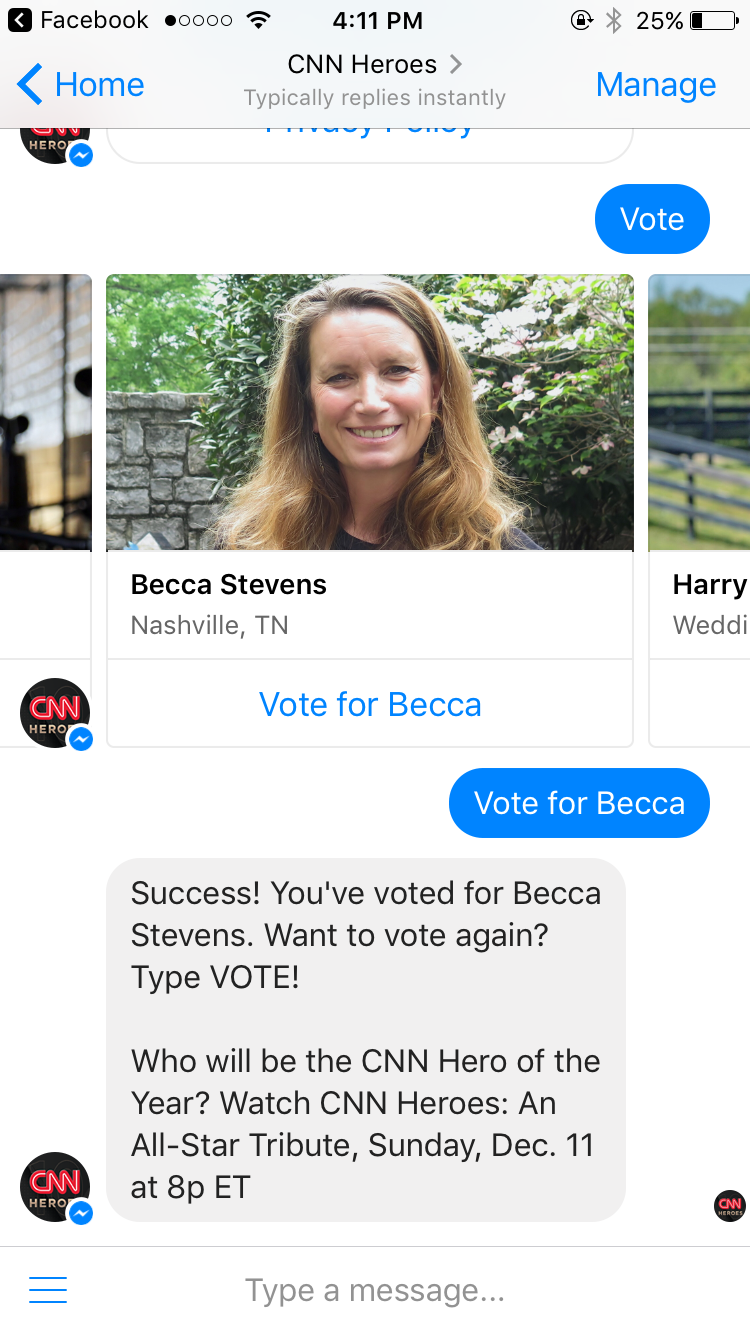 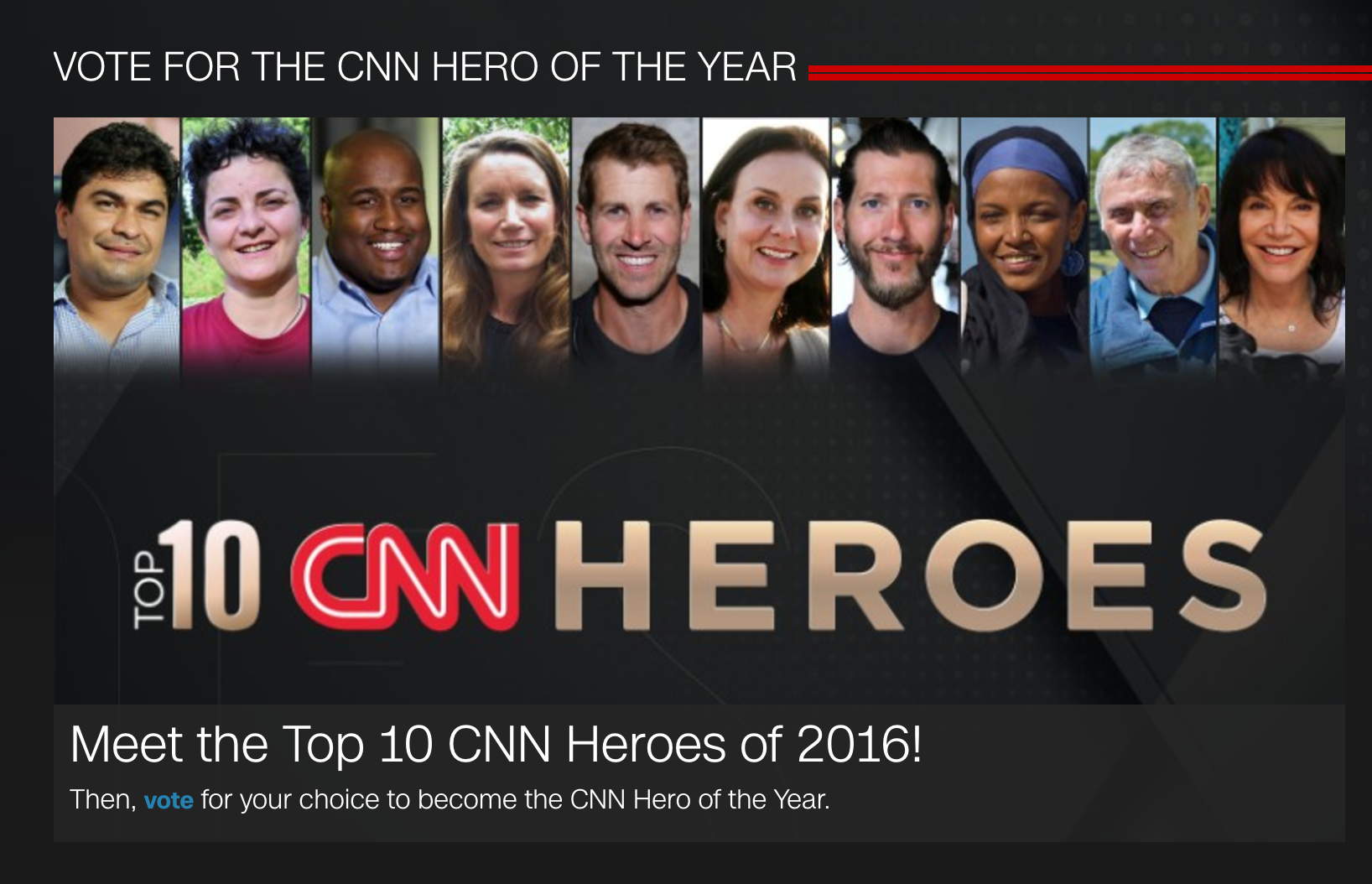