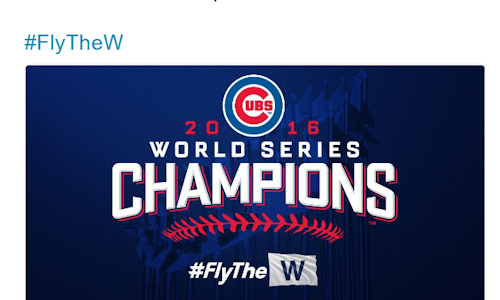 The Chicago Cubs are a franchise steeped in tradition. The famous Wrigley Field Marquee welcoming millions of fans each year. The ivy lining the outfield walls. The organist. Day games. The hand-operated scoreboard. And the iconic W Flag that has flown above that scoreboard after each win since the 1930s. That W Flag is a symbol our fans treasure and a tradition they proudly pass along to friends and family. This symbol would become the fabric of our historic postseason campaign. As we entered into the postseason and watched thrilling win after win, our players, fans, media and celebrities were excited to #FlyTheW all over the world en route to the most incredible "W" in franchise history: Game 7 of the 2016 World Series.

With a postseason campaign, our goal is to drive broad participation from fans, media and players that supplements the exciting action taking place on the field. This year featured incredible success on both fronts.

A historic World Series run generated historic results online. With a postseason campaign, our goal is to drive broad participation that supplements the exciting action taking place on the field. Mission accomplished. 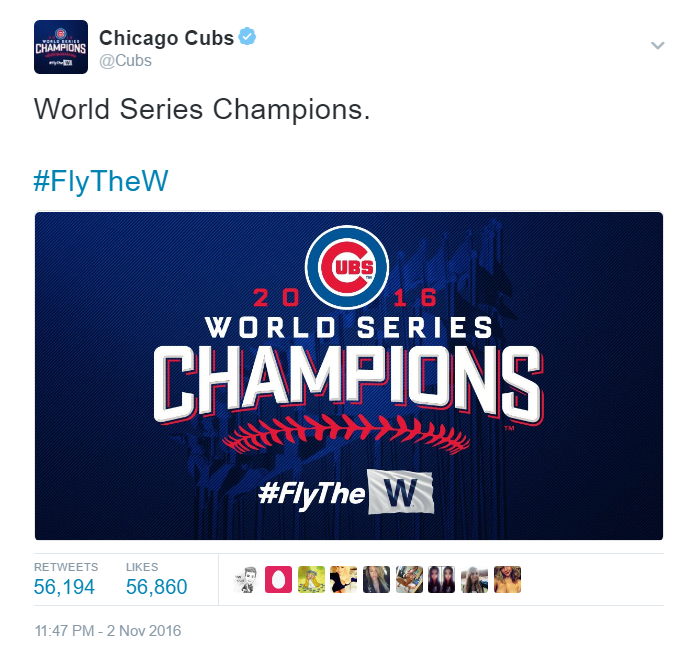